For starters, catching up on blogs is hard work. It sounds lame, but I feel so behind on all my bloggy friends’ lives after living without text messages and Internet for so long!

Well I figured I should start with my trip from the beginning and break it into little pieces for y’all to enjoy. I hope it’s not too boring, but I’ll be sure to give y’all some breaks! There are going to be LOTS of pictures.

On Memorial Day, I woke up, went for a run, cleaned up, ate breakfast and then we were on our way to the airport! {Thanks again Daddy for driving us to and from so we didn’t have to leave our car and spend money on parking! You’re the best!} Luckily, the hubs and I had passes to the United Club from holding a United credit card because for whatever reason, security was a breeze! Not an issue at all so we had plenty of time. Plenty of time at the airport called for plenty of morning beverages…free booze! A few screwdrivers and snacks later it was time for our adventure to begin. We started at IAH had a 2 hour pit stop in Montreal then we were off to Roma! The views from the plane before we landed were just stunning 🙂 I love Europe. 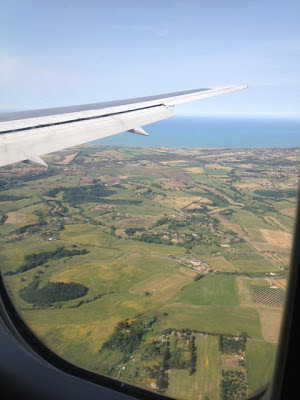 We landed around 10am, shuttled to the hotel, were checked into our room and ready to go by 12:30. We were serious about getting as much done as possible. To really get the full experience of the city, we decided to travel by subway! Luckily, Rome’s subways system is super easy…way easier than Barcelona which you will hear ALLLL about later. First stop, Piazza de Popoli and lunch! I was starving and obviously needed a pizza and wine. 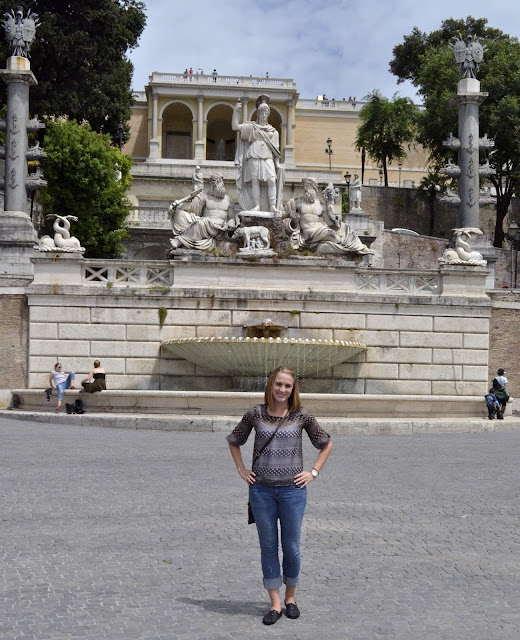 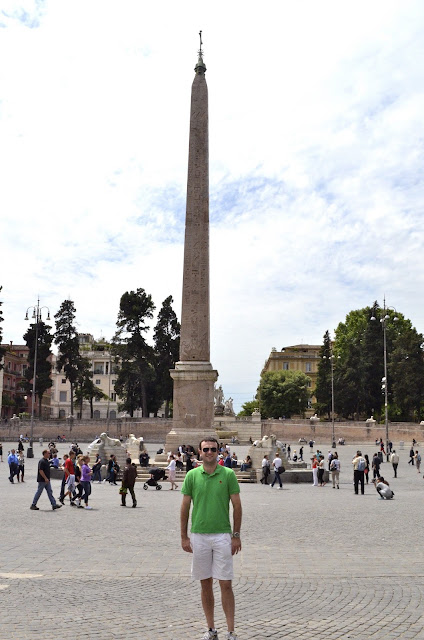 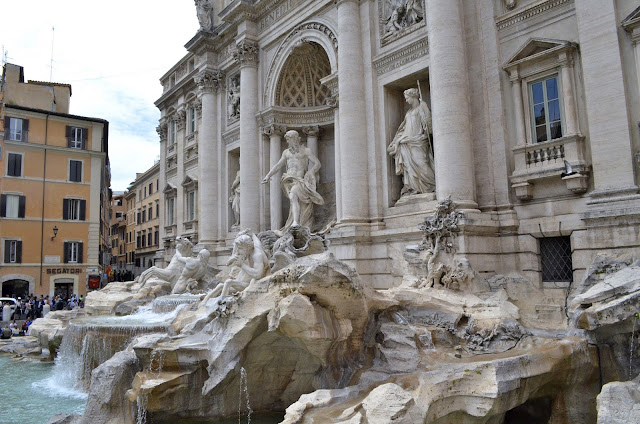 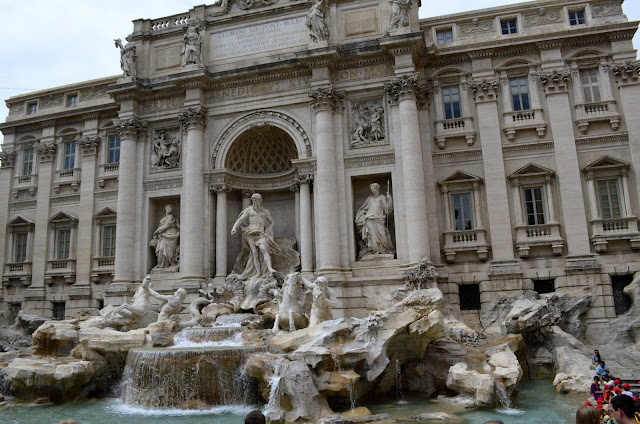 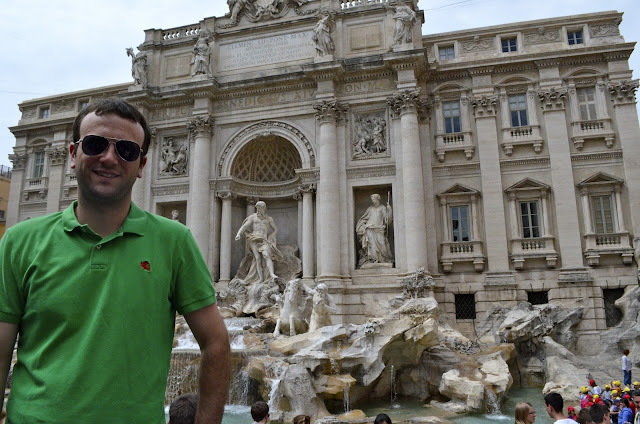 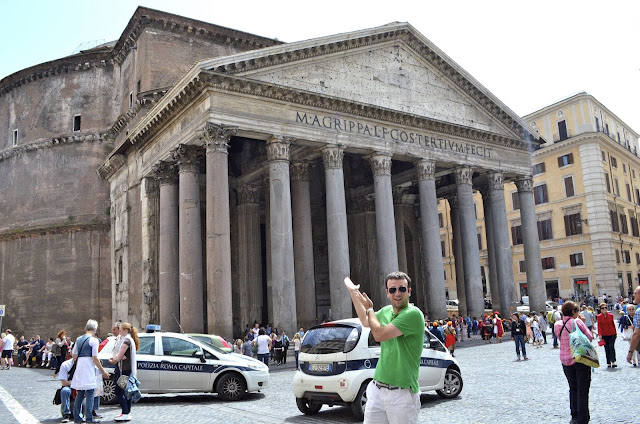 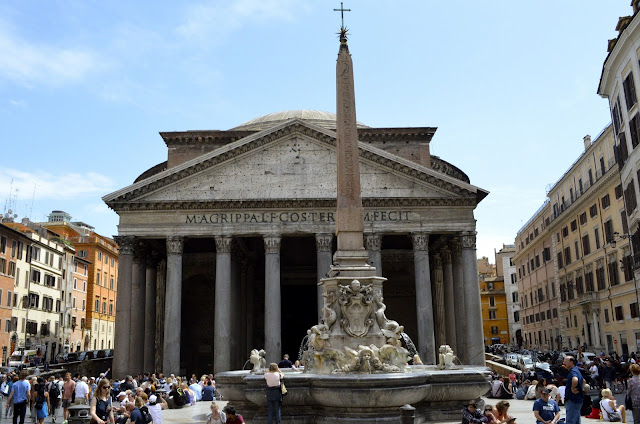 Fun Facts: The Pantheon is the first known dome ever created and was originally a Pagan temple and actually means “temple consecrated to all gods” in Greek. It’s the best preserved of all Roman buildings and was originally erected in 27 BC, but reconstructed in 126 AD. In 609 AD, it was converted to a Catholic Church to keep it from being destroyed. Thank goodness because it is so beautiful! 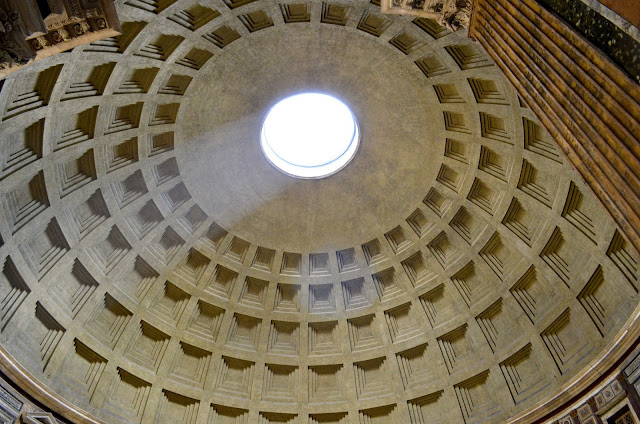 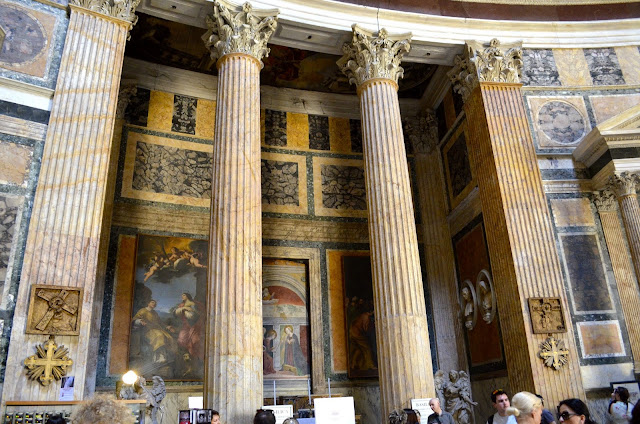 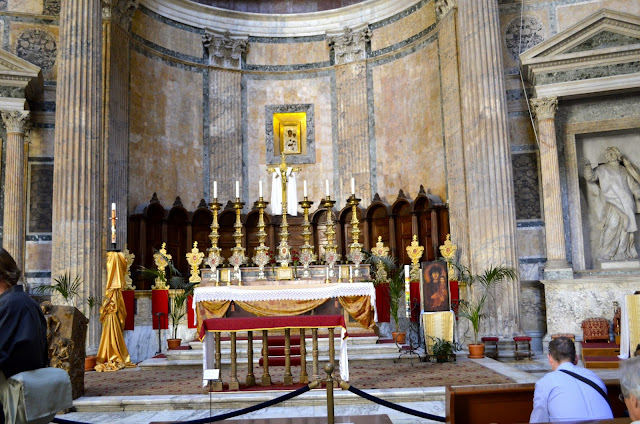 …and of course gelato! {I went to the place you told us about Ashley!!! Twice 🙂}

And to round out our busy day, we got to the Colosseum around 4:00pm just in time to find an English speaking tour group about to take off for a tour of the Colosseum and the Ruins…score! We seriously learned so much. Did y’all know that Gladiators were thought of a less than slaves on the social ladder? Just above animals. Ouch. 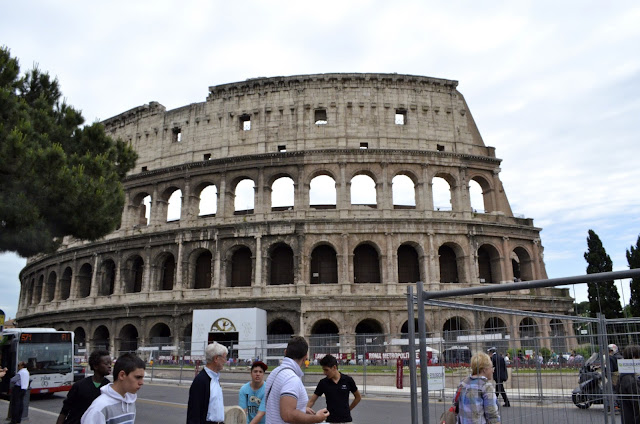 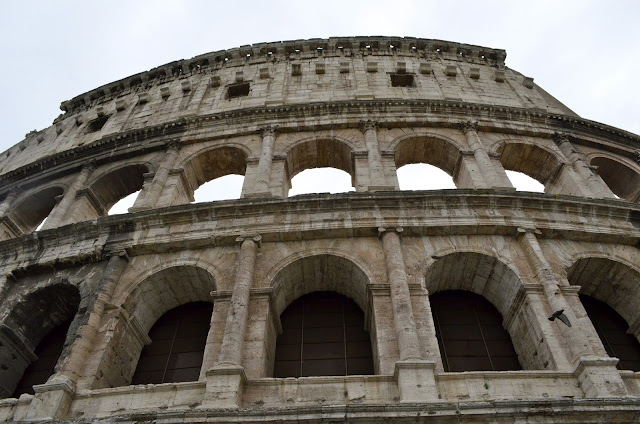 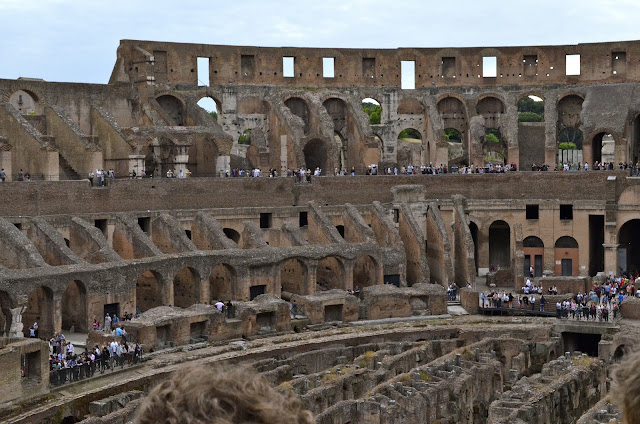 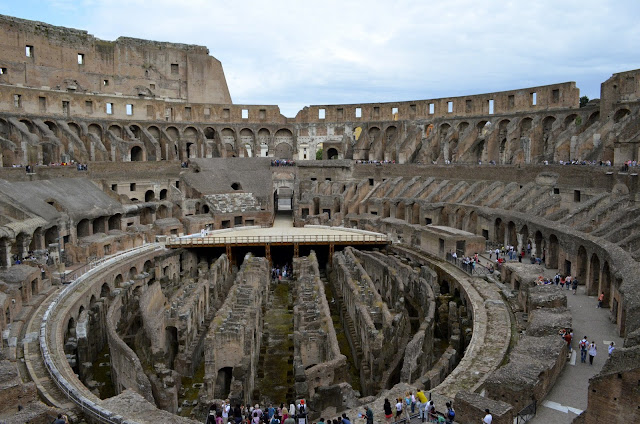 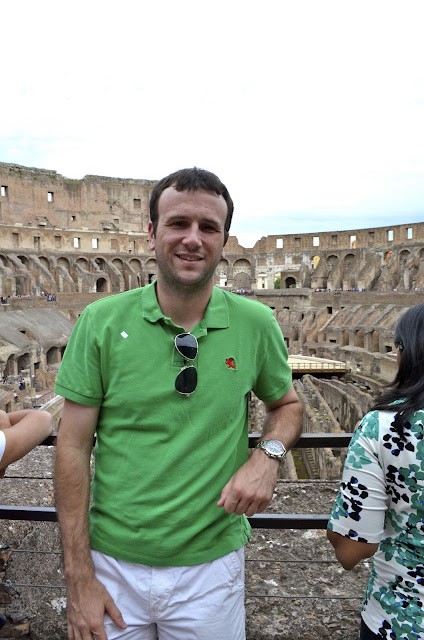 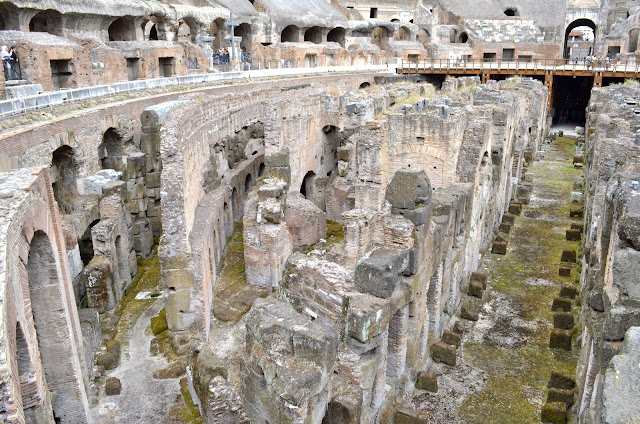 After the Colosseum tour, we toured the Ancient Ruins! I loved our tour guide because he made everything so interesting! The Ruins are the least toured landmarks in Rome, but they are the oldest with the most history! I suppose it’s hard to admire ruins when you don’t have a guide telling you the history behind it. 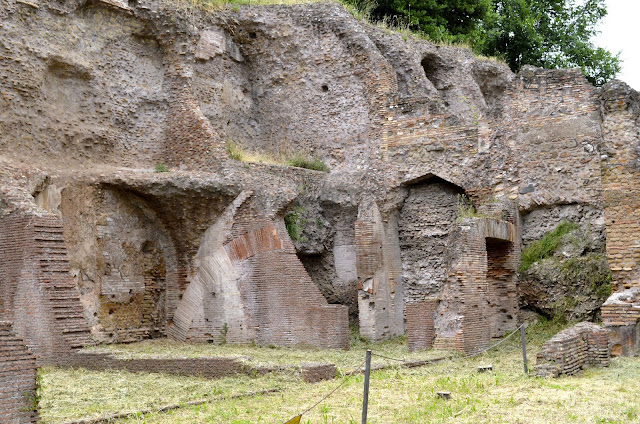 This was actually the basement of the palace. The palace itself was about 80 meters tall which was significantly larger than the Colosseum! 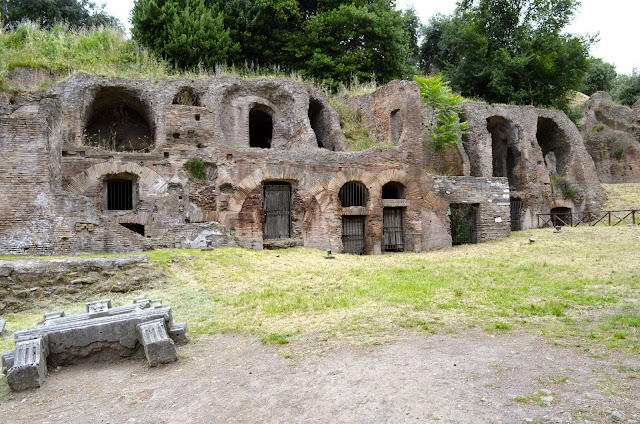 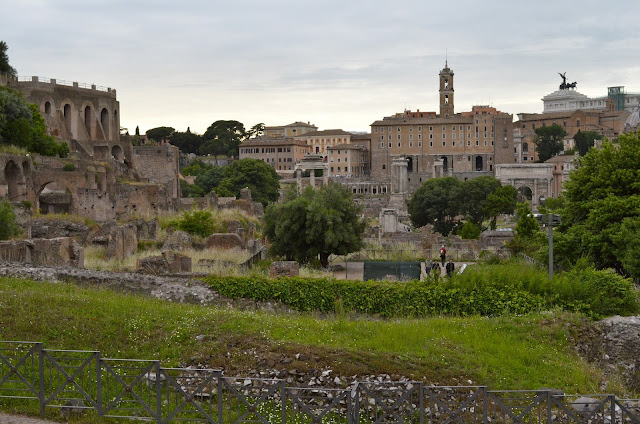 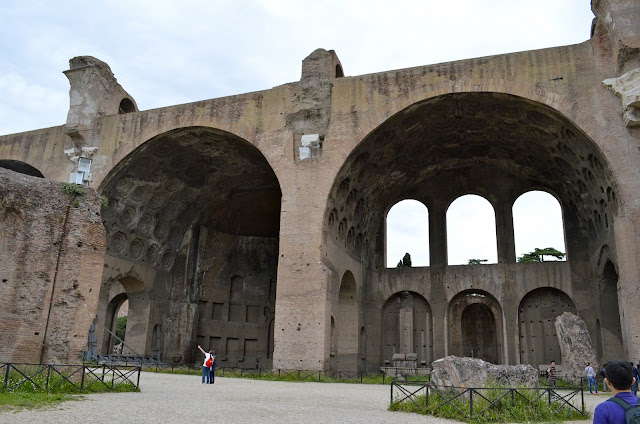 The Forum is a plaza near the ruins that was once the center of Rome surrounded by all the old government buildings. Just look at how huge this thing is compared to those tiny people!!! Most of the oldest structures created are near the Forum including the ruins in my pictures above.

I love history, so I was soaking up everything the tour guides told me. Did you know that Roman men used to clean themselves in olive oil then bathe in sand? They would then scrape away the sand with a metal tool which acted as a razor. This is probably why all of the ancient statues don’t have hairy chests 🙂

Okay enough super awesome fun facts from me today! I think I did good at restraining myself from posting too many pictures. I may need a post of completely random {and awesome} pics that the hubs and I took along the way!

Have you ever been to Rome? What’s your favorite attraction?
Do y’all love history as much as me…or am I just a huge nerd? 🙂