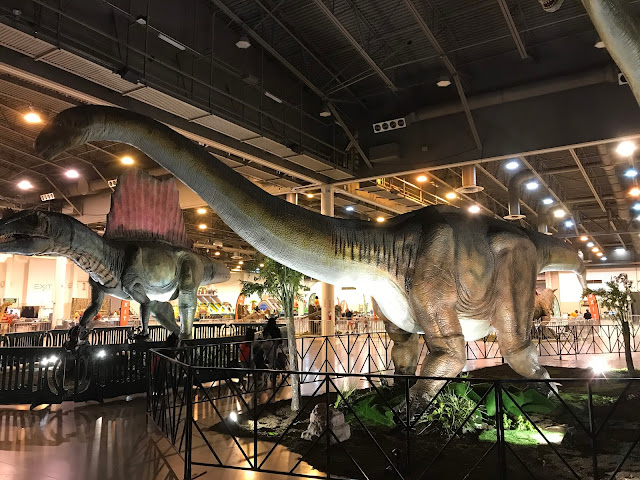 Y’all! I have something super exciting to share with y’all today! If you know me personally or have been hanging around this blog for a while, you may know that I have a total obsession with dinosaurs. This past February, I got to meet a velociraptor at Universal Studios Jurassic Park. It was pretty fantastic and I have it on my Instagram if you want to take a peek! But yesterday, I didn’t get to meet and see one dinosaur, I got to see close to 100! 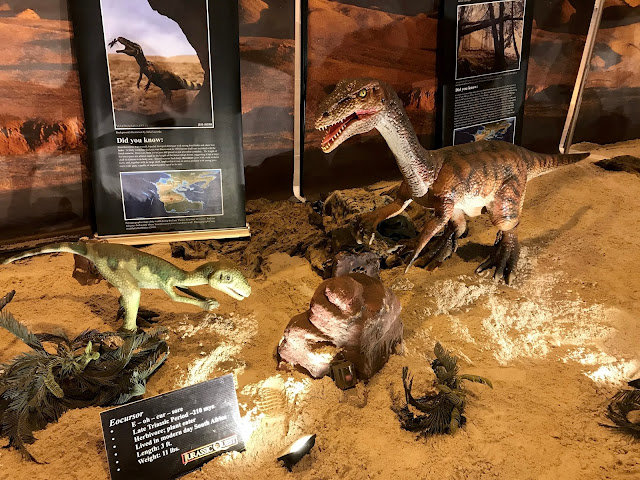 A few months ago, Alison saw an ad for Jurassic Quest in Houston and sent it to Ashley and me in hopes that we’d be able to go. Sadly, Ashley wasn’t able to join our trio, but I bought tickets for Ali and myself for Ali’s birthday! To say that we had an amazing time would be an understatement. 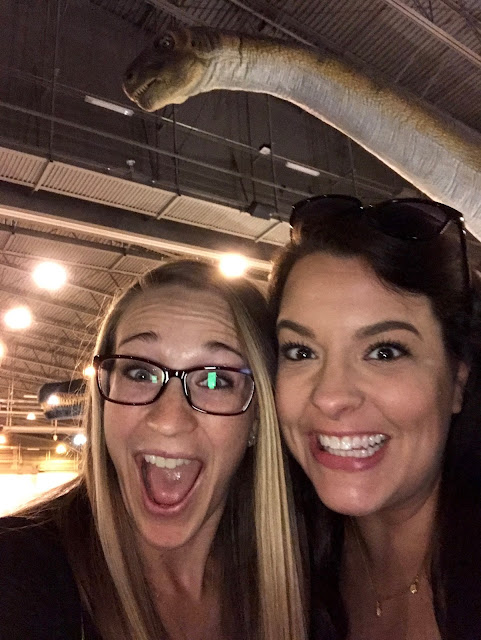 We made the executive decision to leave the baby girls at home for a mommy date instead! It is quite possible that we were the only adults there without children, but I know that parents were having just as much fun as their kids. Dinosaurs are for adults too you know!

Around the arena there were tons to life size animatronic dinosaurs along with rides, games, picture opps, activities and shows. We got some awesome pictures… 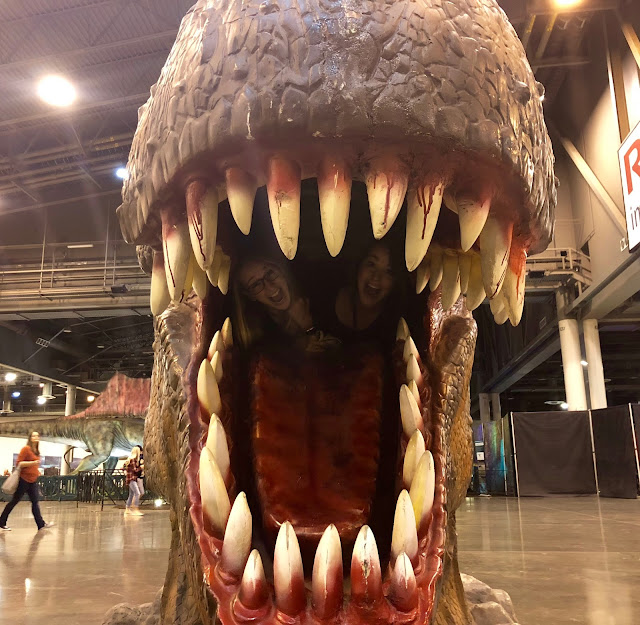 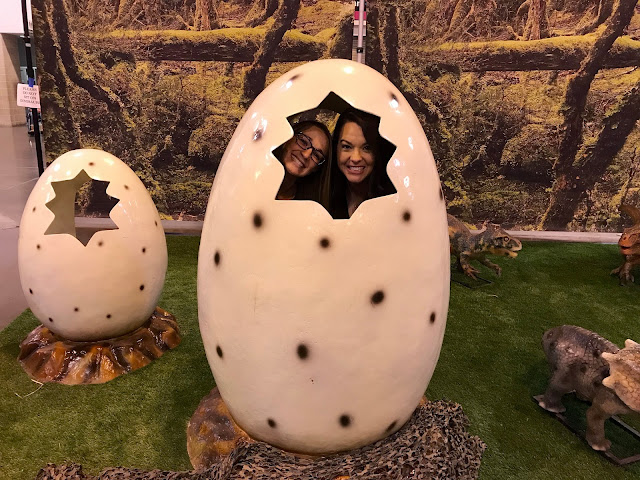 The one below is a personal favorite of mine! 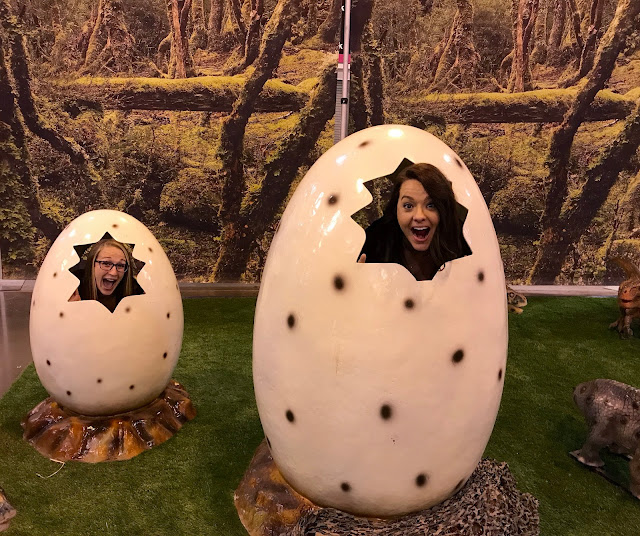 We got to snuggle up to baby dinosaurs too! I mean, how adorable are these tiny little creatures? 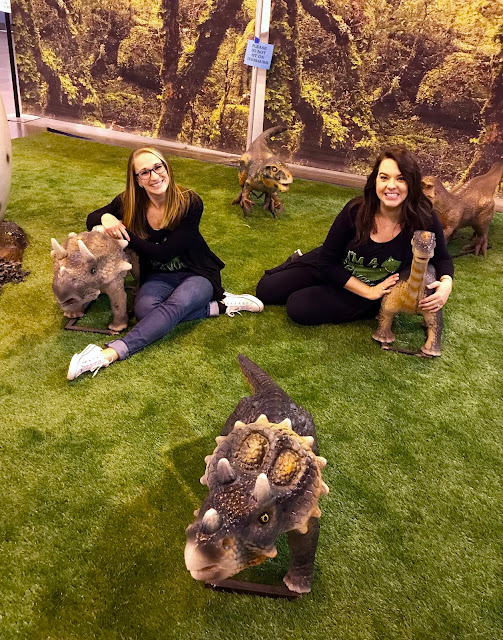 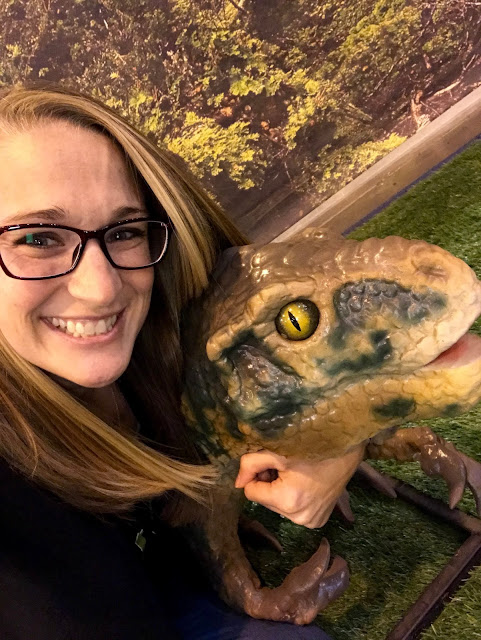 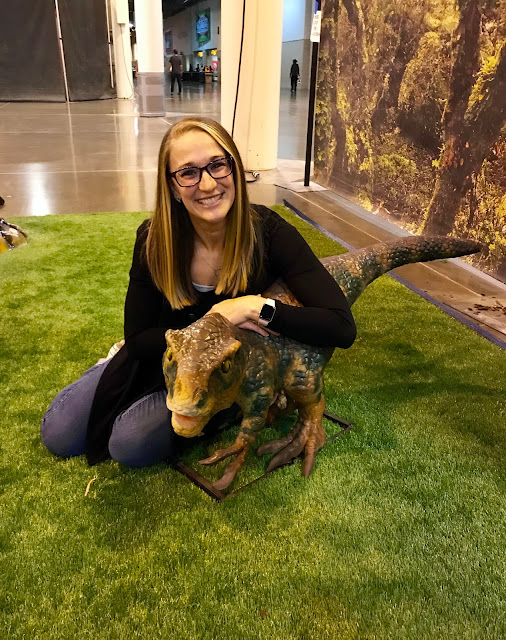 Speaking of baby dinosaurs, they had a baby dinosaur show where “handlers” walked around with baby dinosaurs that actually moved, played and interacted with the audience. You could pet them and take pictures with them. It was actually super cool! There were three baby dinos: a brachiosaurus (long neck), t-rex and triceratops. I don’t have a picture with the t-rex, but I have an adorable video of him where he proceeds to take a bite at my phone. I’m kind of obsessed. 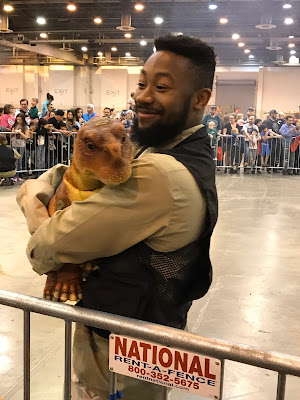 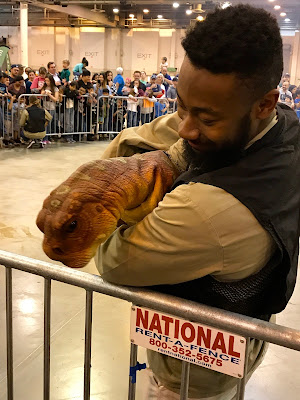 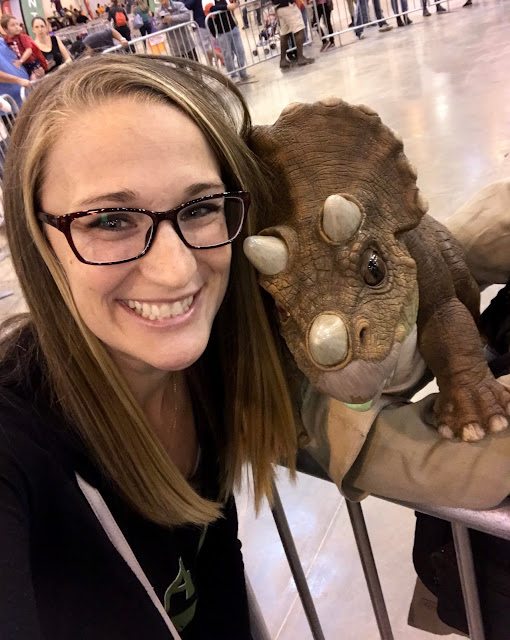 We also spent some time talking to the guy at the fossil table. He had some awesome fossils, claws and teeth, but even more awesome dinosaur information. Since we went earlier in the day, it wasn’t very crowded, so he was able to really talk to us. We loved hearing his stories about archaeologists and fun facts about different dinos. 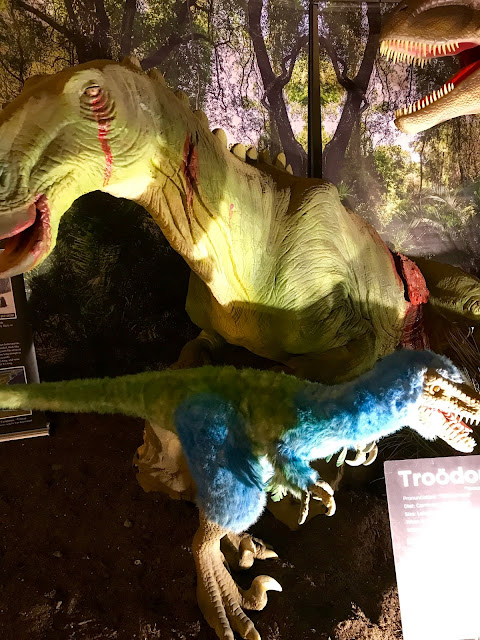 There was also a caricature artist there! The best part is that it was free! Of course we tipped him, but usually it costs like $15+ to get a cute caricature picture. 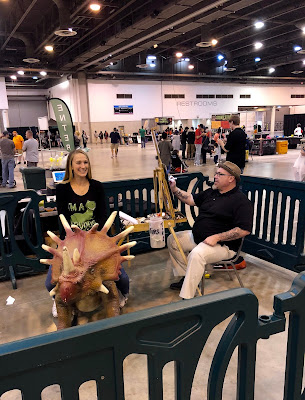 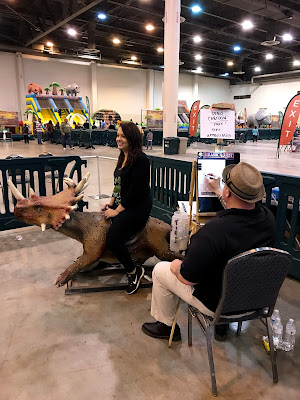 After the baby dino show, there was a walking dino show! We missed the first part and caught the end of the show and still saw one dinosaur. I got a pretty sweet selfie. I’m clearly happy to be hanging out with dinosaurs. 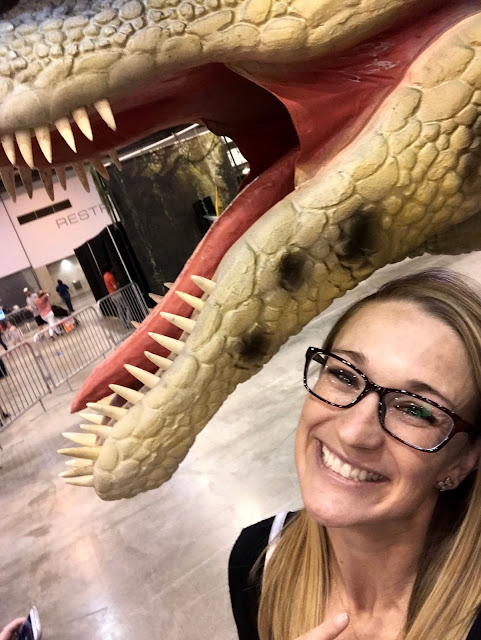 Around the arena you could also go on a fossil dig, create your own fossil and do dinosaur arts and crafts. All of these would have been perfect for our girls in a year or two. I think they’re still a bit too young to truly enjoy it. There were also dinosaur rides, bounce houses, slides and more for the VIP kid package. Most of the area was free, but when I take Chloe in the future, I’ll want her to be able to do all the fun rides. 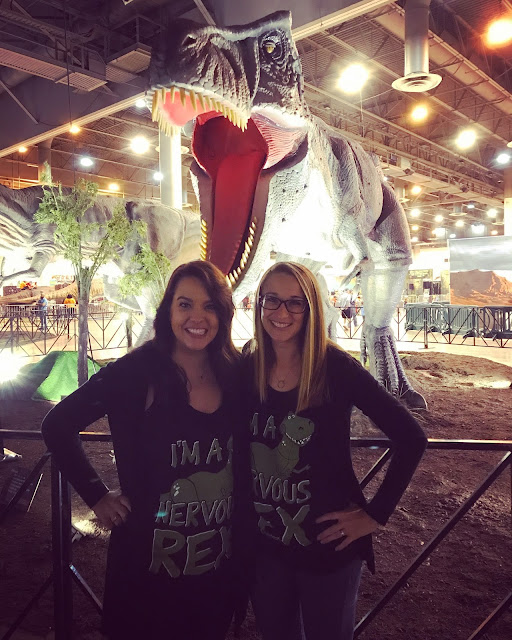 We had the too much fun, and did I mention we wore matching shirts? We’re awesome. I know. If you ever have a dinosaur question, you now know who to ask.

Now that you’ve read about this awesome dinosaur experience, you’re not going to want to go about your work today! Sorry for that. If you’re now wondering how you can go to something awesome like this, check out where Jurassic Quest is heading next.

Have a wonderful Monday y’all. I hope this brightened your Monday blues just a bit!