Last Friday I ran the Disney Princess 5K with my bestie Julie! We’ve been doing runDisney races together since 2012. More importantly, when I woke up on day summer 2009 and decided that I wanted to run a half marathon, she was totally on board! We trained summer/early fall 2009 and ran our first half marathon together, but separate at the San Antonio Rock ‘n Roll November 2009!

Back to runDisney. After I ran the 2011 Princess Half by myself, I told Julie about it and she’s been running at Disney with me every year ever since! It totally helped that she moved to Orlando almost 4 years ago. Enough about the past, let’s move to this last weekend and talk abut how to run Disney right! So you’re running a Disney race with your best friend? Here’s how to dominate a 5K in Disney style…

Might I suggest characters that are besties in their movie/show since y’all are best friends after all! Some suggestions I have are Mike and Sully, Timon and Pumba, Woody and Buzz, or Pooh and Tigger! 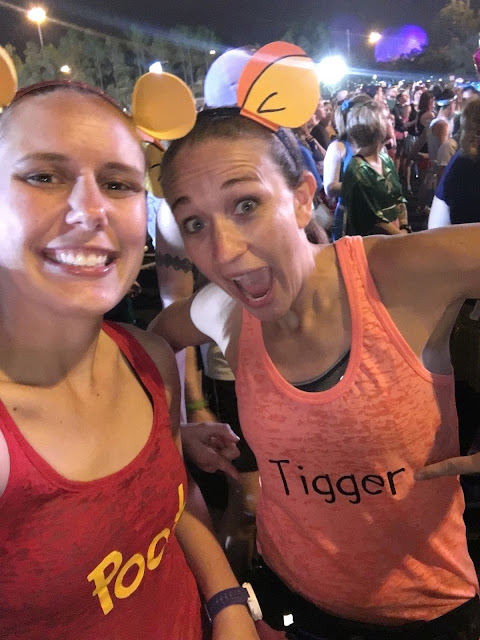 Two. Find all the photographers and point them out to each other so you can get awesome pictures. Double the points if you naturally do the same pose!

Get the Disney PhotoPass. It’s so worth it if you’re running a race. You’ll get all of your race photos and your park photos. I’m lucky that Julie has an annual pass, so we were able to link our race bibs to hers! 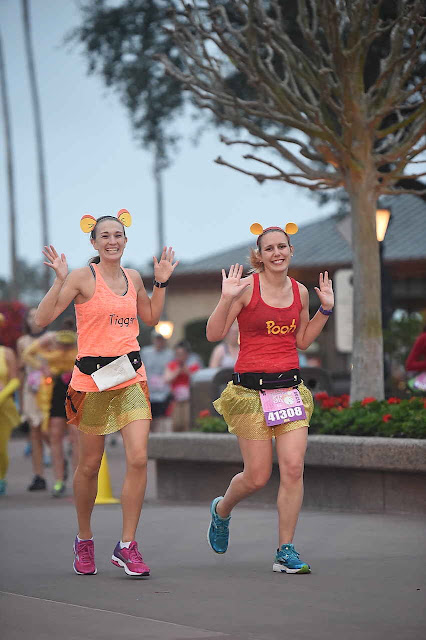 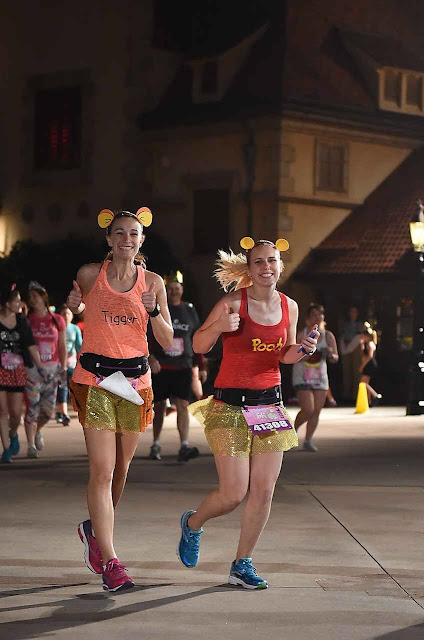 Three. Character stops. Do them. As many as you can!

Disney 5Ks aren’t timed. You aren’t doing a Disney race right if you’re trying to get a PR. Instead PR in number of stops you made during a race! Sometimes they have awesome rare characters like Mikko, Abu and the Cinderella Mice! 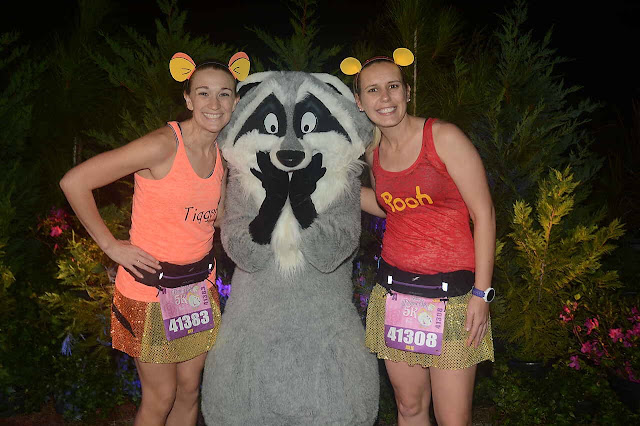 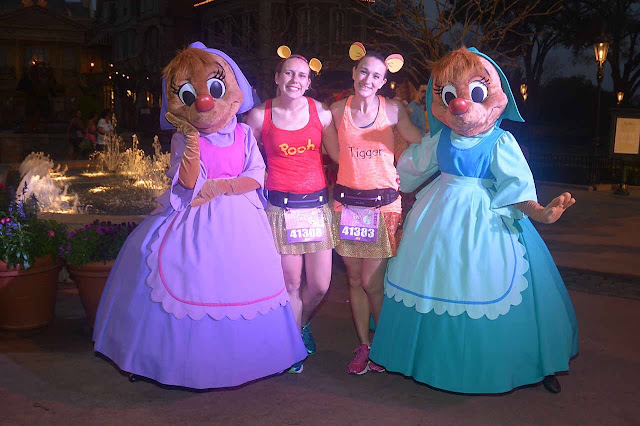 Four. If you pass something you want to take a picture with, just U-turn and do it. You’ll regret it if you don’t.

We passed by the Flower and Garden topiaries of the Winnie the Pooh characters and saw them out of the corner of our eyes. Instead of just going on, we did a double take, U-turned and snapped some pictures with them! A sweet girl running by even took a picture of us together with Tigger! 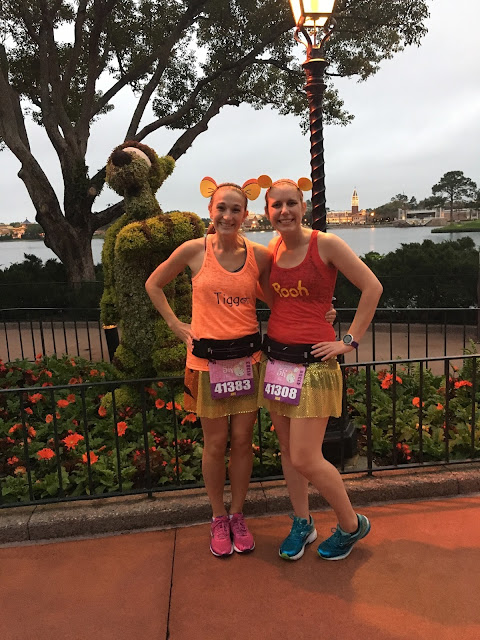 It’s cute and you love each other. You are best friends after all! Plus your picture will turn out great and it should probably be used for runDisney PR in the future. I’m just saying. Look at how cute we are! 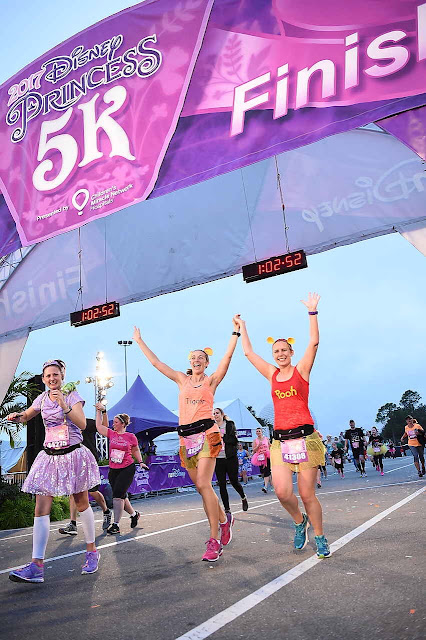 There you have it! RunDisney is always better with your bestie. It gives you a chance to talk the whole time, catch up, bask in the awe and magic of Disney and do something awesome together.

If you’re wondering about our awesome costumes, our ears and my skirt are from Rock City Skirts. Our tank tops are from Amazon and I ironed on our names using my Cricut!

Check out my 10K and Half Marathon recaps while you’re at it!

This website uses cookies to improve your experience while you navigate through the website. Out of these, the cookies that are categorized as necessary are stored on your browser as they are essential for the working of basic functionalities of the website. We also use third-party cookies that help us analyze and understand how you use this website. These cookies will be stored in your browser only with your consent. You also have the option to opt-out of these cookies. But opting out of some of these cookies may affect your browsing experience.
Necessary Always Enabled
Necessary cookies are absolutely essential for the website to function properly. These cookies ensure basic functionalities and security features of the website, anonymously.
Functional
Functional cookies help to perform certain functionalities like sharing the content of the website on social media platforms, collect feedbacks, and other third-party features.
Performance
Performance cookies are used to understand and analyze the key performance indexes of the website which helps in delivering a better user experience for the visitors.
Analytics
Analytical cookies are used to understand how visitors interact with the website. These cookies help provide information on metrics the number of visitors, bounce rate, traffic source, etc.
Advertisement
Advertisement cookies are used to provide visitors with relevant ads and marketing campaigns. These cookies track visitors across websites and collect information to provide customized ads.
Others
Other uncategorized cookies are those that are being analyzed and have not been classified into a category as yet.
SAVE & ACCEPT
4 shares