Happy Marathon Monday! Today is the Boston Marathon! All I know is that Boston is lucky their weather is looking better than Houston’s today. It’s 60 degrees, cloudy and getting cooler as the day goes on in Boston. Not bad running weather. Meanwhile in Houston… It’s crazy flooding all around Houston today. We’re safe and sound here. Luckily our home is at the top of the hill even though we’re only 0.65 miles away from one of the bayous. We’ll see what happens as the rain continues all day!

I digress. Let’s get away from rain and back to running! The Boston Marathon. Today. It’s exciting because it’s one of the greatest running events! People push their limits to qualify for Boston. People raise tons of money to get into Boston. People put their name in the lottery for years to get into Boston. Boston is where it’s at. Ideally, I would love to run Boston one day, but I don’t know if I’ll make the qualifying time. We’ll see. I plan to run marathons again, but for a little while I’ll stick with half marathoning. Half the distance, twice the fun. 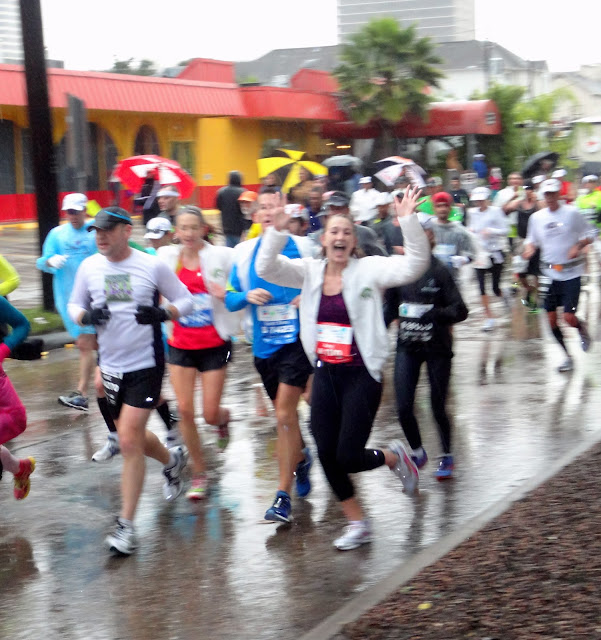 I’ve completed two marathons. The first one I trained for and ran simply because it was the next step in my running career. I had run 10 half marathons before I ran my first marathon. I wanted to see if I could do it. I “didn’t have a time goal”, but let’s be honest, I wanted a 4 hour marathon so bad! I finished in 4:01:51 and it was quite the experience. It was freezing cold and raining through the first half of the race. In the picture above, I was at roughly mile 8 wearing my super cool throw away rain coat. I ended up wearing that sucker the whole race. The rain let up, but it was cold for this southern girl. Best $10 spent at the expo for that jacket! I ran this marathon with two friends from my running club. We stayed together until about mile 18 when we all settled into slightly different pace. I slowed down a bit more than them which is kind of what I expected. When I crossed the finish line, I felt amazing. My legs may have felt like jello. My lungs may have been burning. My heart was definitely pounding. But it was worth every ache and pain. I knew that that point I wanted to do it again. It was one of my greatest accomplishments and by far my greatest physical feat. 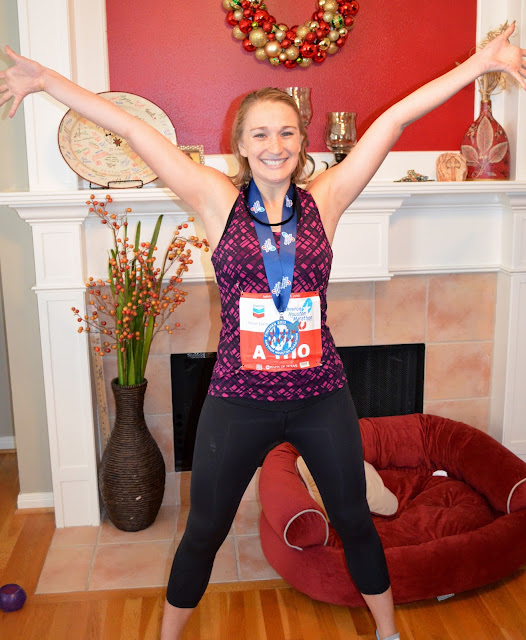 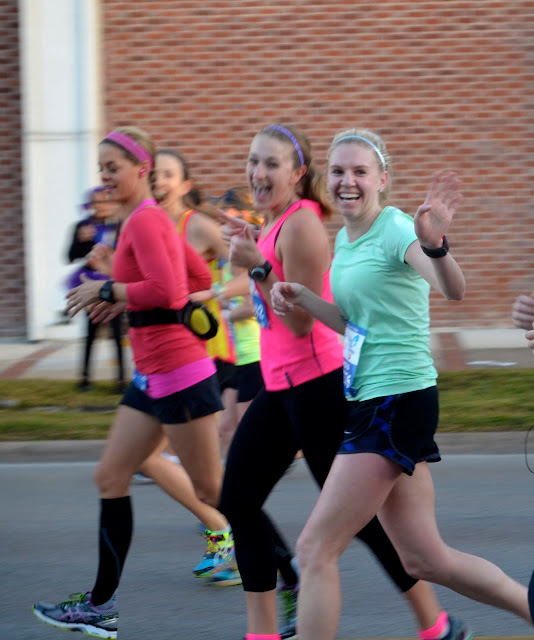 Fast forward one year. January 2014 was my 2nd marathon, again in Houston! Like I said, after I finished my 2013 marathon, I knew I had to do it again. I signed up for Houston as soon as the lottery opened! Running in Houston just makes sense for me. I can train during the “cooler” months of the year with my running group that is dedicated to training specifically for this race! It also means I get to train and race with my running besties Chandra and Melanie. Chandra was injured for our 2013 race, but Melanie was one of my buddies that I trucked through 18 miles with for our first one. This year we stayed together through 17 miles. It’s nice to have support past the halfway mark because halfway physically is NOT halfway mentally. This race day was much warmer, but a beautiful day. Just a little too warm for marathoning. I finished in 4:03:39, about a minute and a half slower than the year before. I was perfectly happy with that time, but still want to get a sub 4 hour marathon some day! 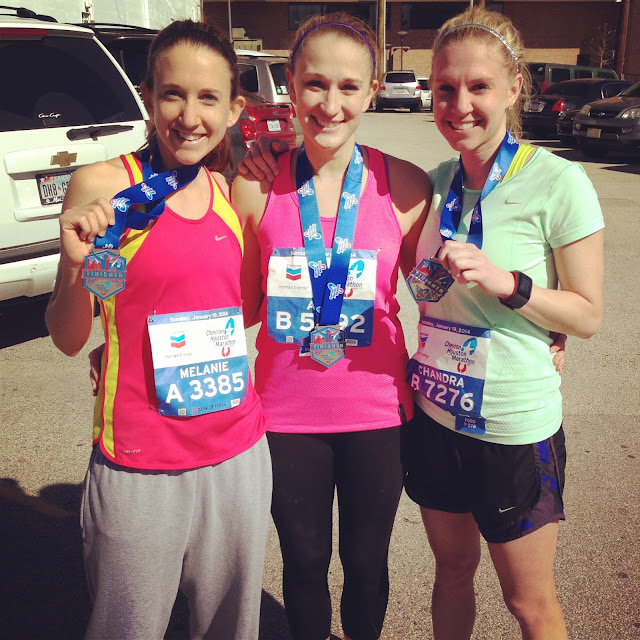 My marathon running days will return eventually. The injuries I’ve dealt with during and after my pregnancy has made me hesitant to return to training for a little while. I plan to run some half marathons come fall and who knows, maybe next year I’ll be ready to run a full again? Or maybe later. All I know is one day, I’ll be training for 26.2 again!

Good luck to all the Boston Marathoners today!

Have you run a marathon? If so, which one(s)? If not, would you?