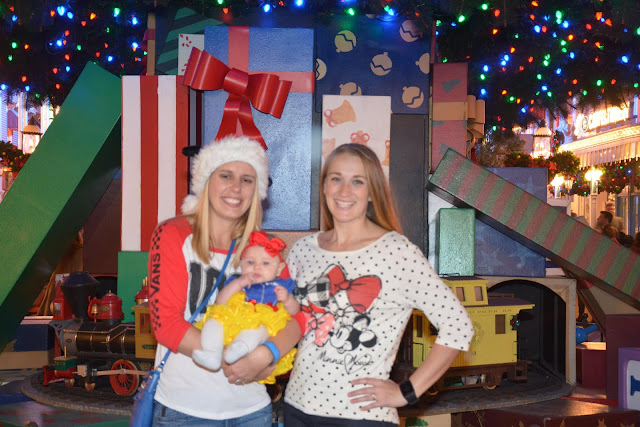 Hello and happy Tuesday! Chloe Grace and I just got back from the most magical adventure and best Christmas present two girls could ask for! We spent the past few days visiting with one of my very best friends in Orlando!!! You know what else is in Orlando? That’s right, my favorite place, Disney World. For Christmas, the husband gifted me with a trip to visit Julie and a Disney World annual pass. Since we’re already going next month for marathon weekend and I wanted to go for food and wine around my birthday, we decided to just go it. Next year is Julie’s last full year living in Orlando, so I want to make sure I get to spend lots of time with her there. Then hopefully she’ll be back in Texas and within driving distance!

Enough chatter, I know y’all just want to see adorable pictures of Chloe on her very first trip to Disney! I’ll keep the blabbing to a minimum and the pictures at max capacity. 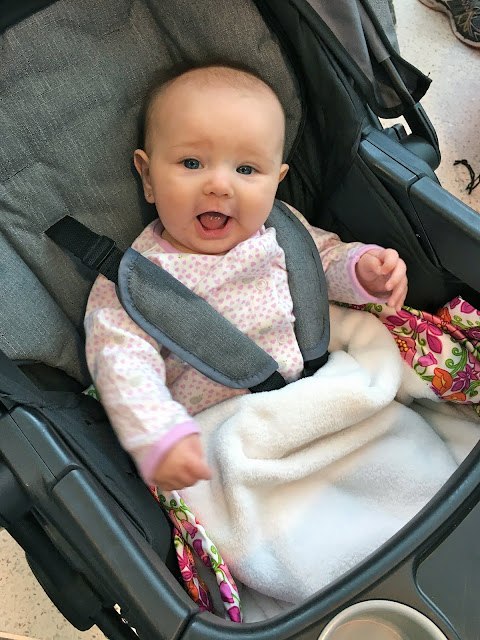 Since it was Chloe’s first Disney trip, you know what that means. It was also her first flight! And it was Momma’s first flight with Chloe solo. I was moderately terrified and super anxious about the whole endeavor. Luckily she was just a little fussy while waiting to board, but good on the plane. Once we found a seat, I got her situated and she nursed and slept for the first hour. She woke up for a bit and was a little chatty, but wanted to nurse again, so I let her. At the end of the flight she let out a very big and wet sounding fart which of course resulted in a poosplosion. I’m so glad it was at the end of the flight though! We high tailed it to the bathroom once off the plane and luckily, I always have an extra sleeper in the diaper bag for emergencies!

Chloe and I arrived on Wednesday evening because tickets on Wednesday were significantly cheaper than coming Thursday evening. I didn’t want Julie to take an additional day off work, so on Thursday Chloe and I relaxed, watched TV, took a bath and just rested for pretty much the first time in forever. Friday morning we took our time getting ready, went to brunch in Winter Park, then headed out to Magic Kingdom! First stop, getting little Snow White a chance to meet the real Snow White! 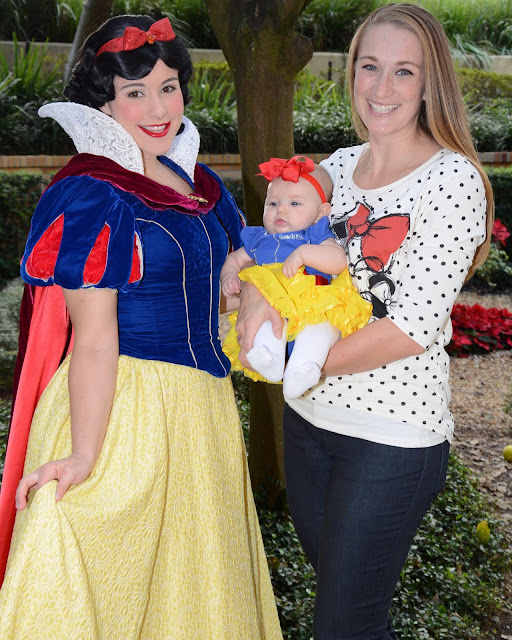 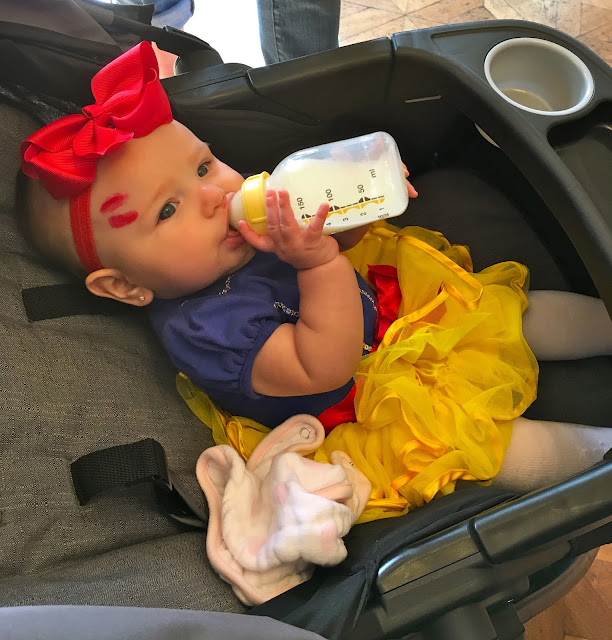 As you can see, she even got her first princess kiss from Snow White! Then the cast member helped us save her kiss by putting a card on the kiss and transferring some of it. Then Snow signed it as well. We seemed to get extra time with all of the characters which was such a blast for us. Snow White was the best though since they were dressed alike. I almost lost it, but was able to keep it together. 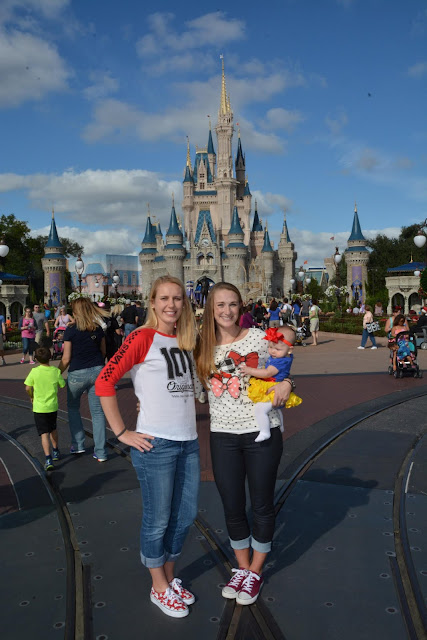 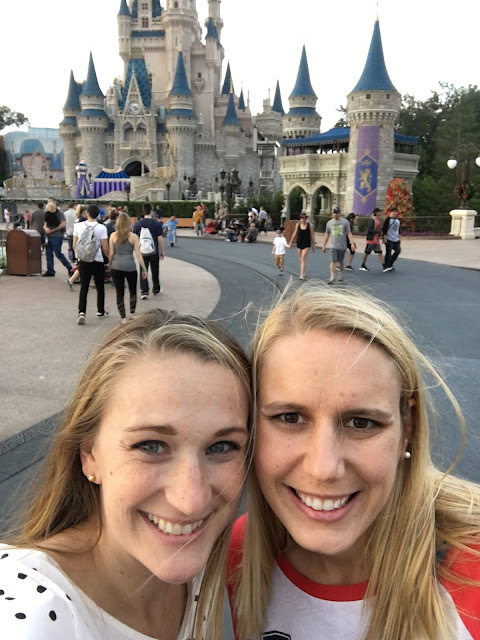 Since Julie and I have an annual pass, we also have photo pass! That means we get all the pictures that the photographers take while meeting the characters and in the photo stops for free! Okay, not really free, but it was paid for with our annual pass so it feels free. We got to save time and confusion by not handing our cameras to the cast members. Instead we could spend more time getting autographs in Chloe’s story book! We met so many characters which was a blast, and some of them we hadn’t met ever before, like Merida! Fun fact: Merida and Chloe have something in common, crazy hair! 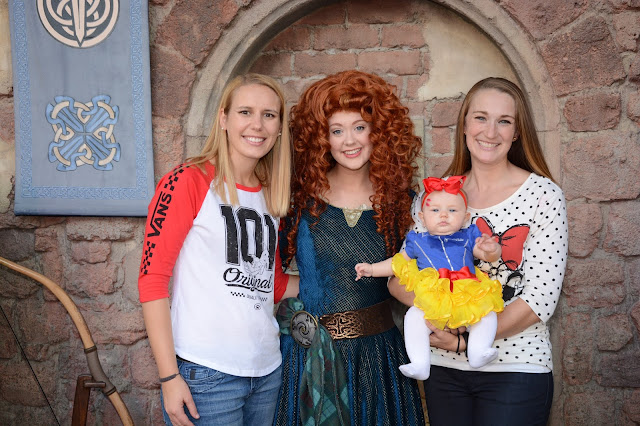 We went on lots of fun rides like Buzz Lightyear, It’s a Small World, Flying Carpets, Haunted Mansion and Pirates! I love that we were able to take Chloe on so many rides. She did great on all of them. At 7:00pm the park closed for general admission and was only open for Mickey’s Very Merry Christmas Party! Tickets to the party was Julie’s Christmas present to Chloe and me, and it was such a great gift. 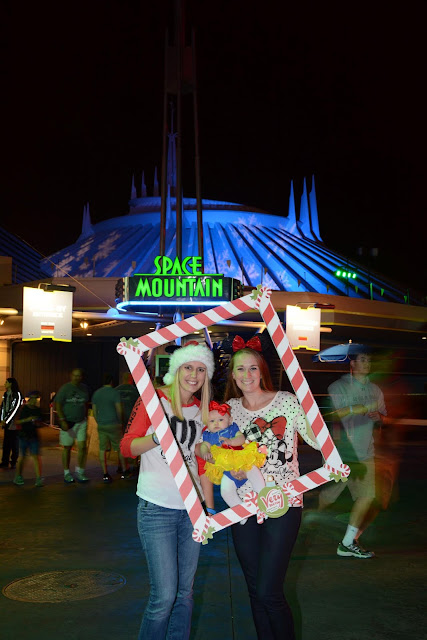 We were able to meet more characters like Peter Pan and Wendy {we’ve NEVER even seen them out before!} and all the Pooh characters together. 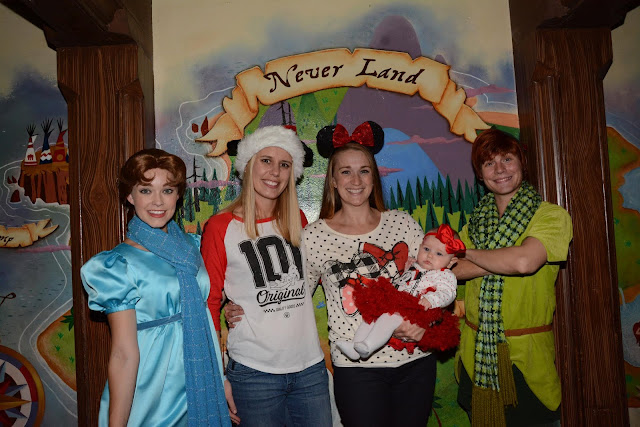 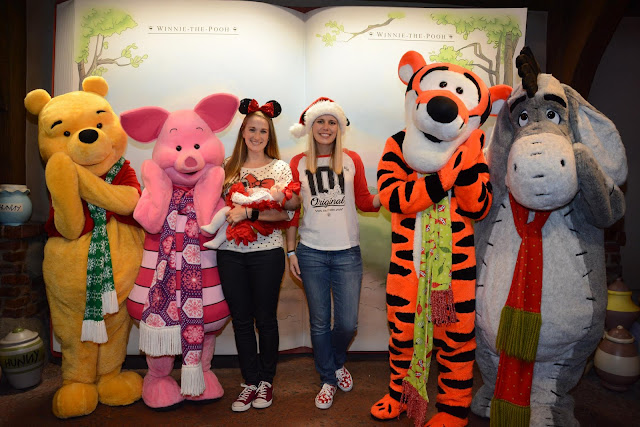 We also went on Dumbo with absolutely NO wait. That never happens. It’s usually an hour plus to ride Dumbo, so we were super excited. As you can see below, Chloe was fascinated by the water and lights. 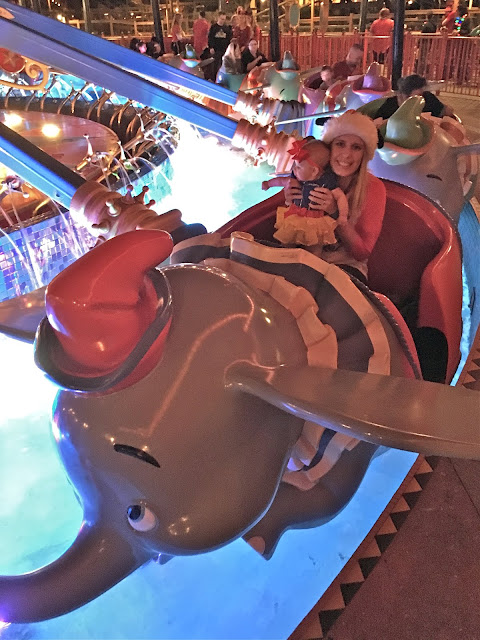 We also got to see the laser light show and fireworks at the Castle! 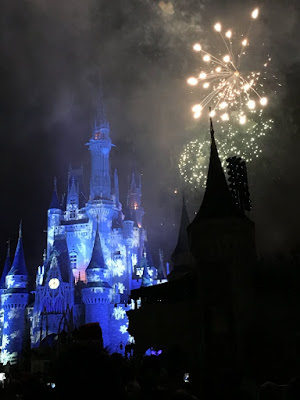 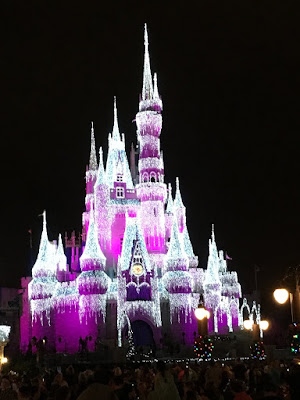 We wrapped up our day watching the Very Merry Parade! Most of my pictures were a bit blurry, but I was able to snap one of Minnie and one of Anna and Elsa right as they turned and looked our way! 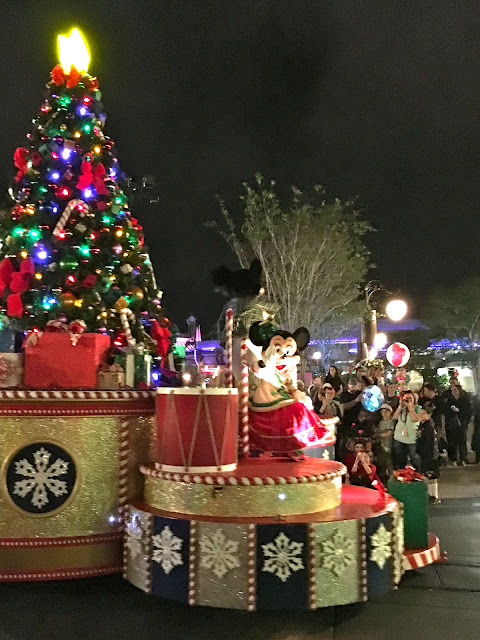 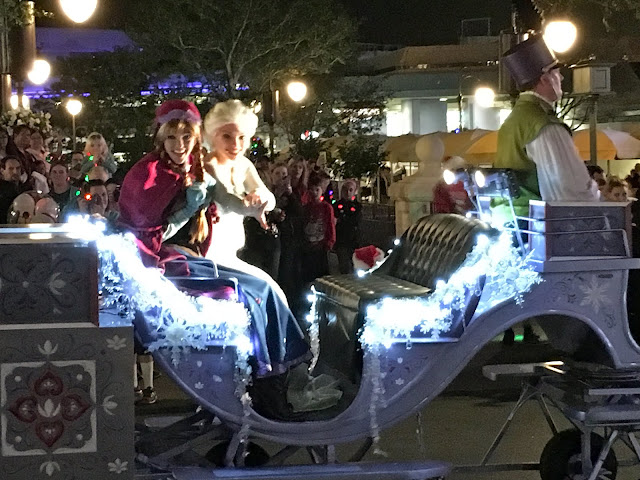 We made so many memories for Chloe’s first day at Disney. Needless to say, she was completely wiped out and so were we. But this was just day one of our Disney adventure with two more to go! 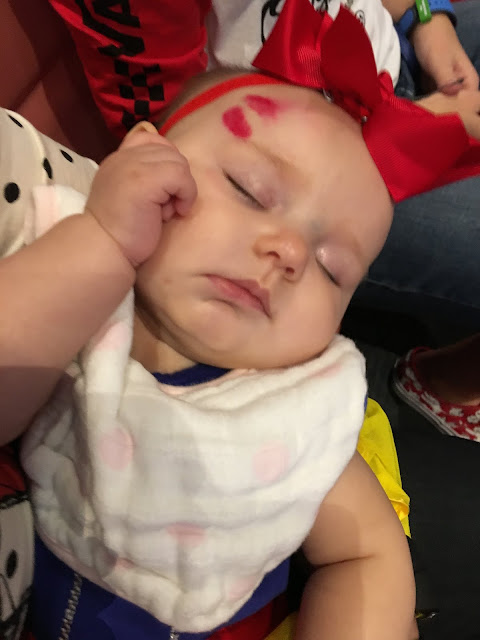 I’ll be back tomorrow to share our pictures from Hollywood Studios, the Osborn Family Spectacle of Lights and Animal Kingdom!