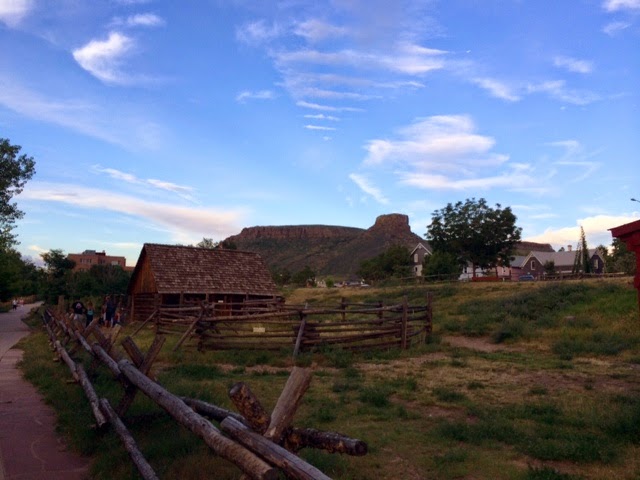 Good morning and happy hump day y’all! So once again here I am slacking and showing up half way through the week to tell you about a weekend where I did so much and had a total blast. For some reason, blogging is becoming a chore again and I don’t want it to be that. I’ve been exhausted these days {no, I’m not pregnant}, so when I get home I want to rest. I know that I don’t spend much time on the computer at work like I used to. Which means getting on once I’m home shouldn’t be a problem, but for some weird reason it is lately. Oh enough complaining from me, let’s have a look at a weekend awesome enough to recap on a Wednesday 🙂
Friday afternoon, JP and I jumped in the car and headed to Hobby Airport to catch a plane to…Denver! We hadn’t been since last January and a trip to one of my favorite cities was long overdue.
This one had multiple purposes.
I’m happy to report that we successfully accomplished all of the above. 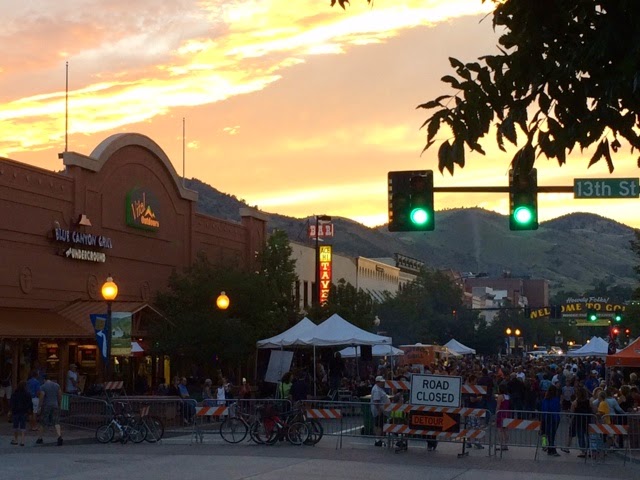 We arrived at 6:00pm Friday evening and Ben picked us up from the airport and brought us to his new house in Golden, CO! {Ben is about to start his senior year at Colorado School of Mines majoring in Bio-Chemical Engineering. He’s really smart. Oh and he also pole vaults for their track team!} Ben’s girlfriend met up with us once we arrived in Golden and we walked down to their main street where they were having a summer street festival with live music, food vendors, the whole nine yards. We opted for pizza at their awesome wood fired pizza buffet, Woody’s! After dinner we went across the street for reverse happy hour to have a margarita before calling it a night.
Saturday, I woke JP up just before 8am to go for a run in Golden! 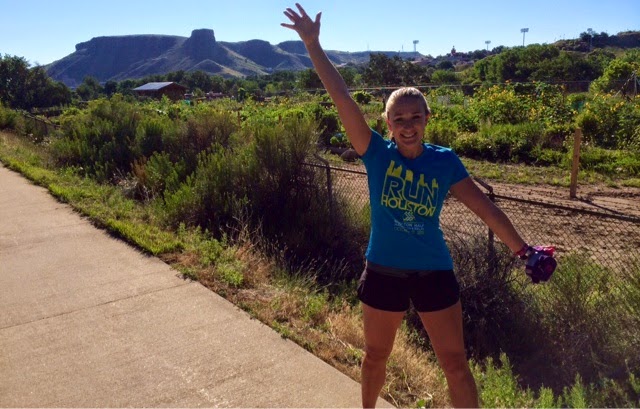 We ran along the river for 30 minutes and thanks to the thin air, it felt like over an hour. Plus you can’t avoid hills and inclines which made it feel even harder. I’m so glad we did it though. The scenery is beautiful and I can say that I did my first marathon training run up in Colorado. 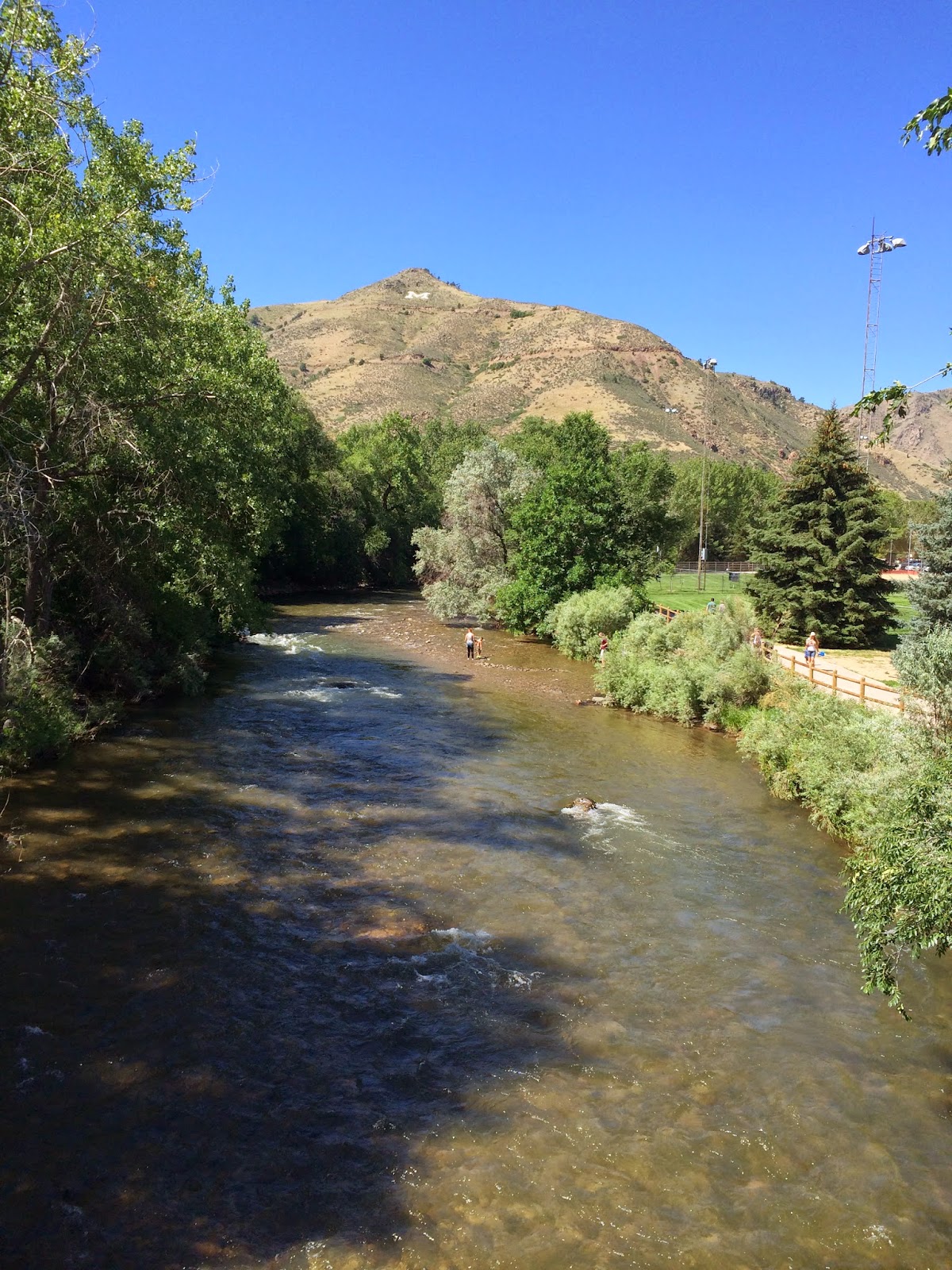 Post run we cleaned up and woke up Ben to head over to the Farmer’s Market that was right across the street from his house! 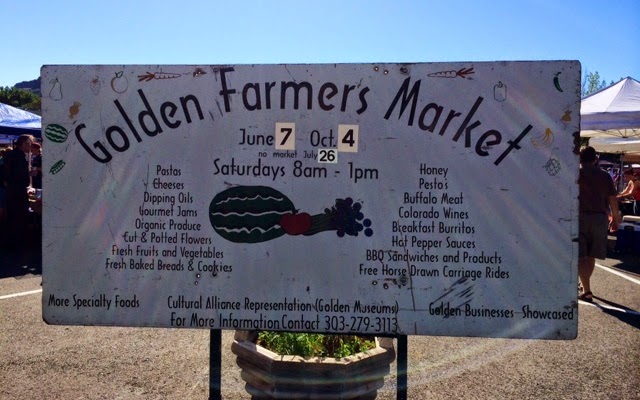 I managed to walk away with some honey roasted almond butter, seasoning packets for dip {it’s almost football & tailgating season after all}, and granola. Not too bad considering I wanted to buy pretty much everything. Then we walked along the river for a while stopping to feel the absolutely ice cold water. We’re talking freezing y’all. Ice bath. “Getting used to it” involves your body just going numb. I stood in it a few times and had enough. If it had been a bit warmer, maybe, just maybe I would have floated, but that’s a big IF. 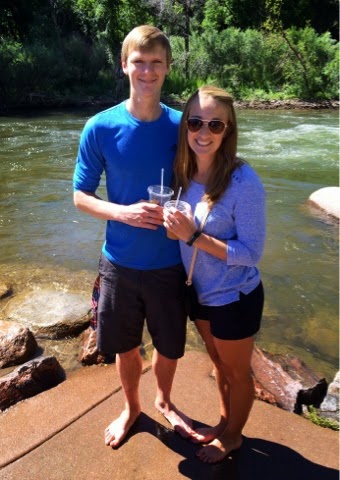 After the river and lunch, we walked over to the Coors Brewery. Since we did the tour last time we were in Golden, we skipped the nonsense and went straight to the part that everyone is there for anyway. Free beer! Luckily for me, the Coors Lab is now offering their cider as of the free sample selections. So I actually got to participate this time. 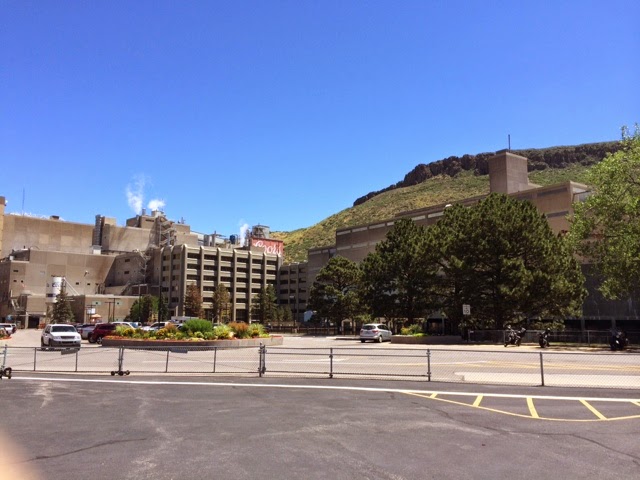 A few drinks later we were back at Ben’s house prepping for Drew and Mary’s wedding. We had to leave by 4:00pm since it was about an hour away, and good thing we left early because the traffic was ridiculous. 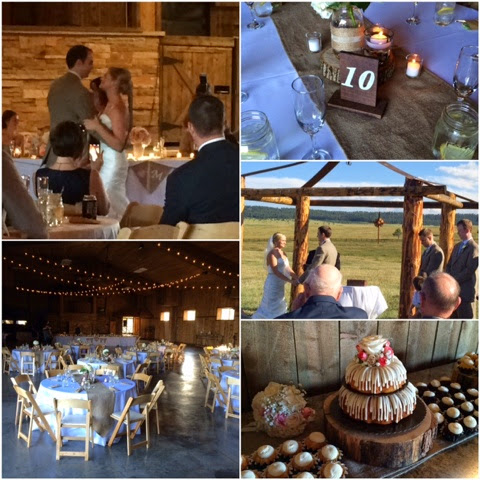 However, the wedding was far from ridiculous. It was absolutely beautiful. Very rustic and country chic at a huge ranch in Larkspur, CO. The sun was shining and there was a perfect breeze for the ceremony. The wedding decor was adorable with tree stumps, burlap, mason jars, mini bunt cakes and popcorn for everyone to enjoy at the end! We got to see some of our friends from college that are living all over the country…and the ones from Houston too 🙂 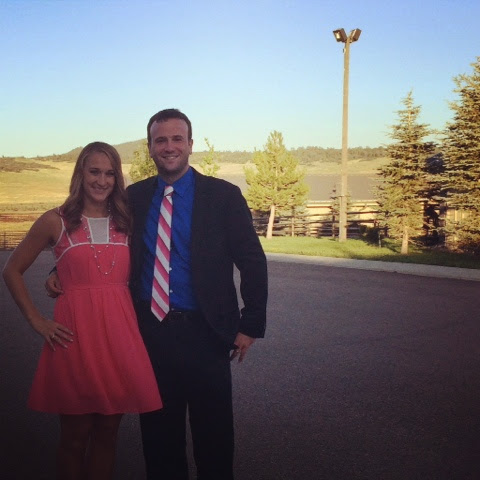 We eventually made it back to Ben’s after the wedding, but it wasn’t until about 2am. One of the buses at the wedding {chartering guests from the hotel to the wedding and back} broke down. Good thing JP and I had Ben’s truck and we were able to get a few of our friends back safe and sound!

Sunday was a lazy morning after a late night. It involved another walk along the river and coffee before heading into Denver for brunch with Matt and Maddie, two college friends living up in Denver {we saw them at the wedding as well!}. We went to a place called Syrup and if you are ever there, please try their peanut butter and jelly butter. Yes, it tastes just like PB&J and you can spread it on your pancakes with some blackberry syrup and you’re in Heaven. No lies. I’m pretty sure that my Heaven will have some PB&J butter with pancakes…

Next thing you know it was time for us to go to the airport! It was a whirlwind of a weekend, but worth every second. I love Colorado and I’m already counting the days until we get to go back! {Just 9 1/2 months! Seriously…another wedding and my bro’s graduation!} Don’t miss me too much Denver…I’ll be back!