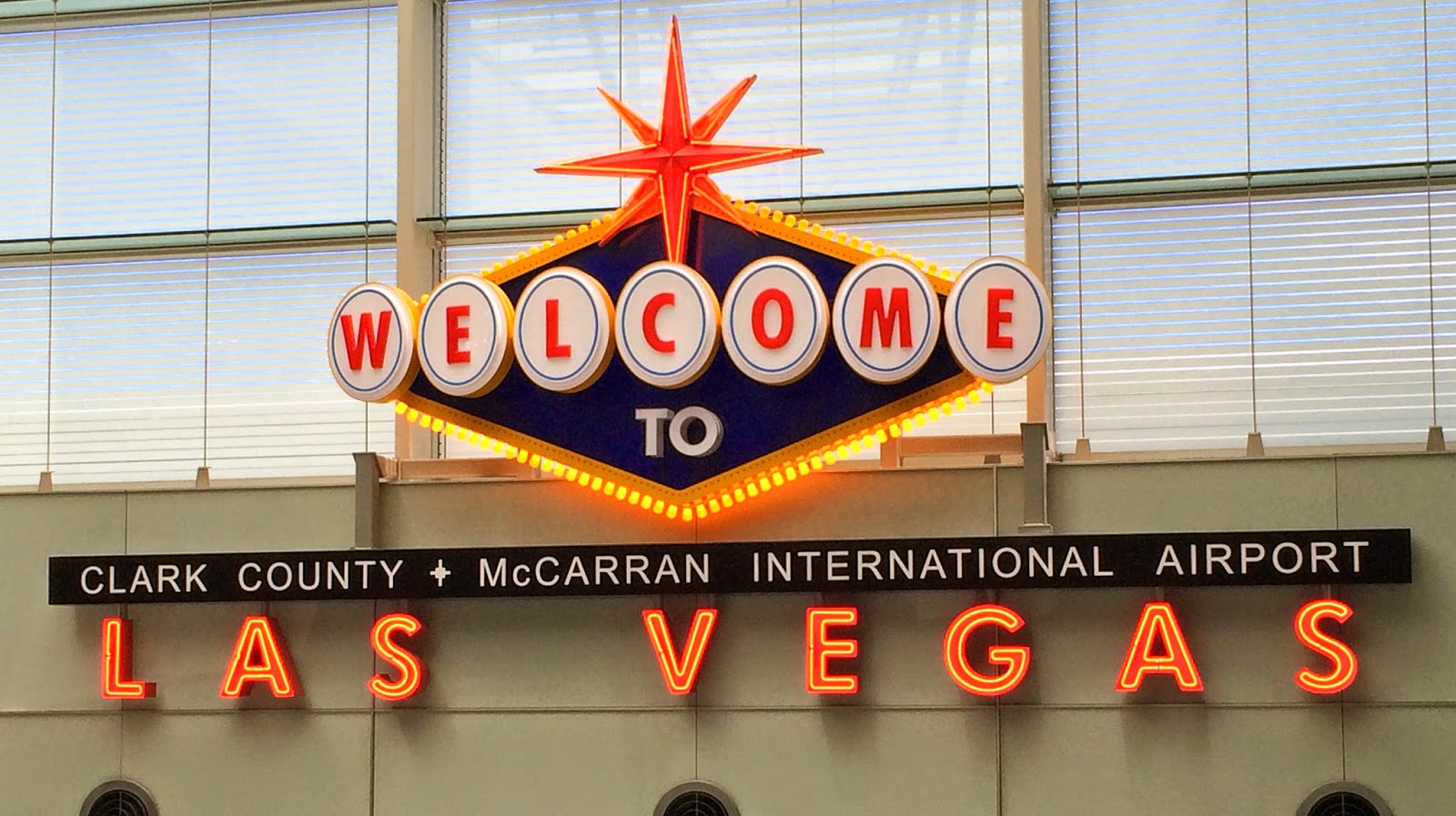 When we left for the airport Sunday mid-morning, I thought I could title this post Las Vegas 2 – Amy 1, but little did I know what McCarran International Airport and United Airlines had in store for me! I guess I did get an extra day off, but spending the day at the airport wasn’t on my list of things to do. Now let’s rewind to 5:00pm Thursday when Mom and I arrived in Vegas! 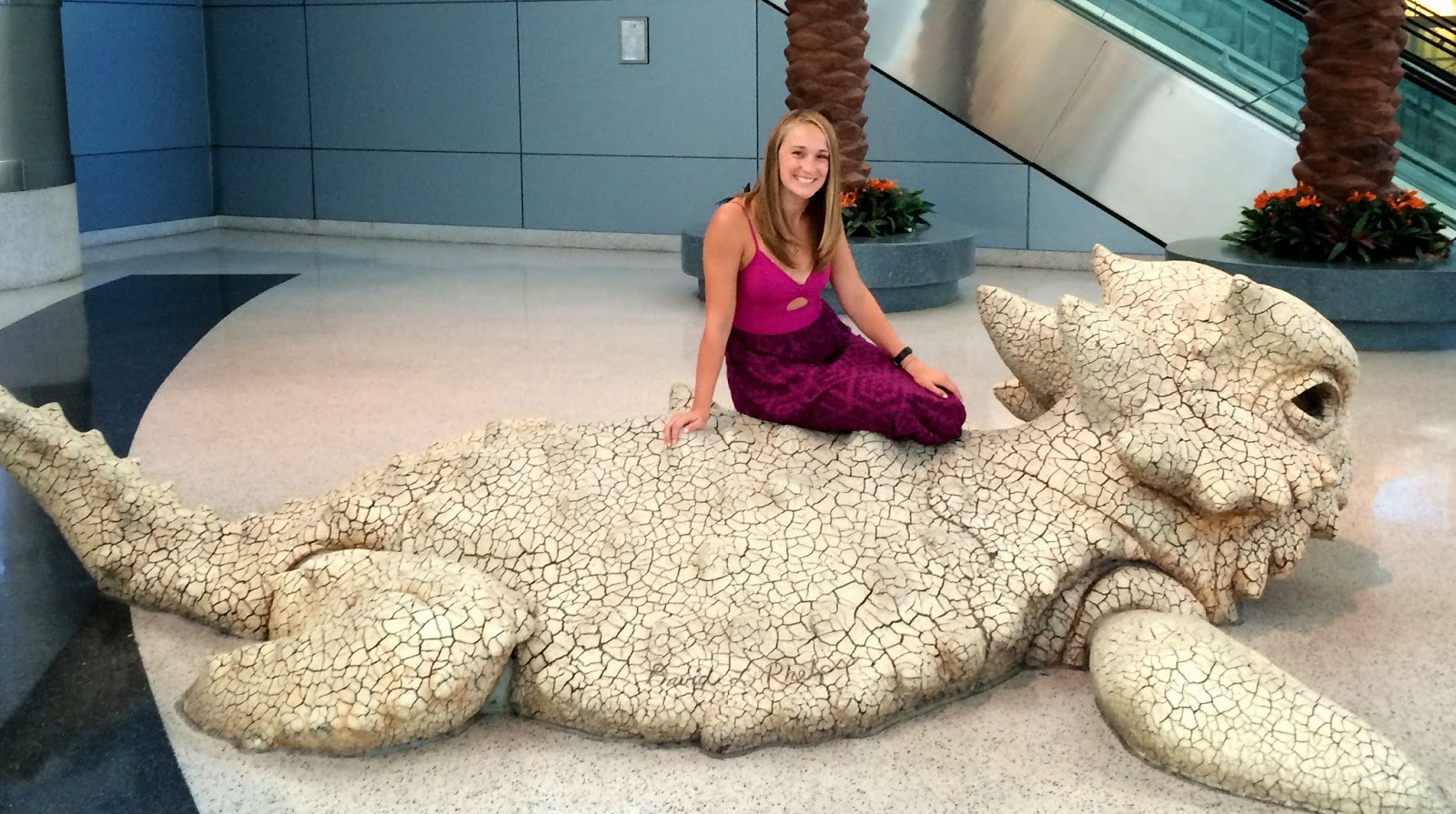 We got there without a hitch and just in time to freshen up, have a drink and head to the strip for dinner and a night out! 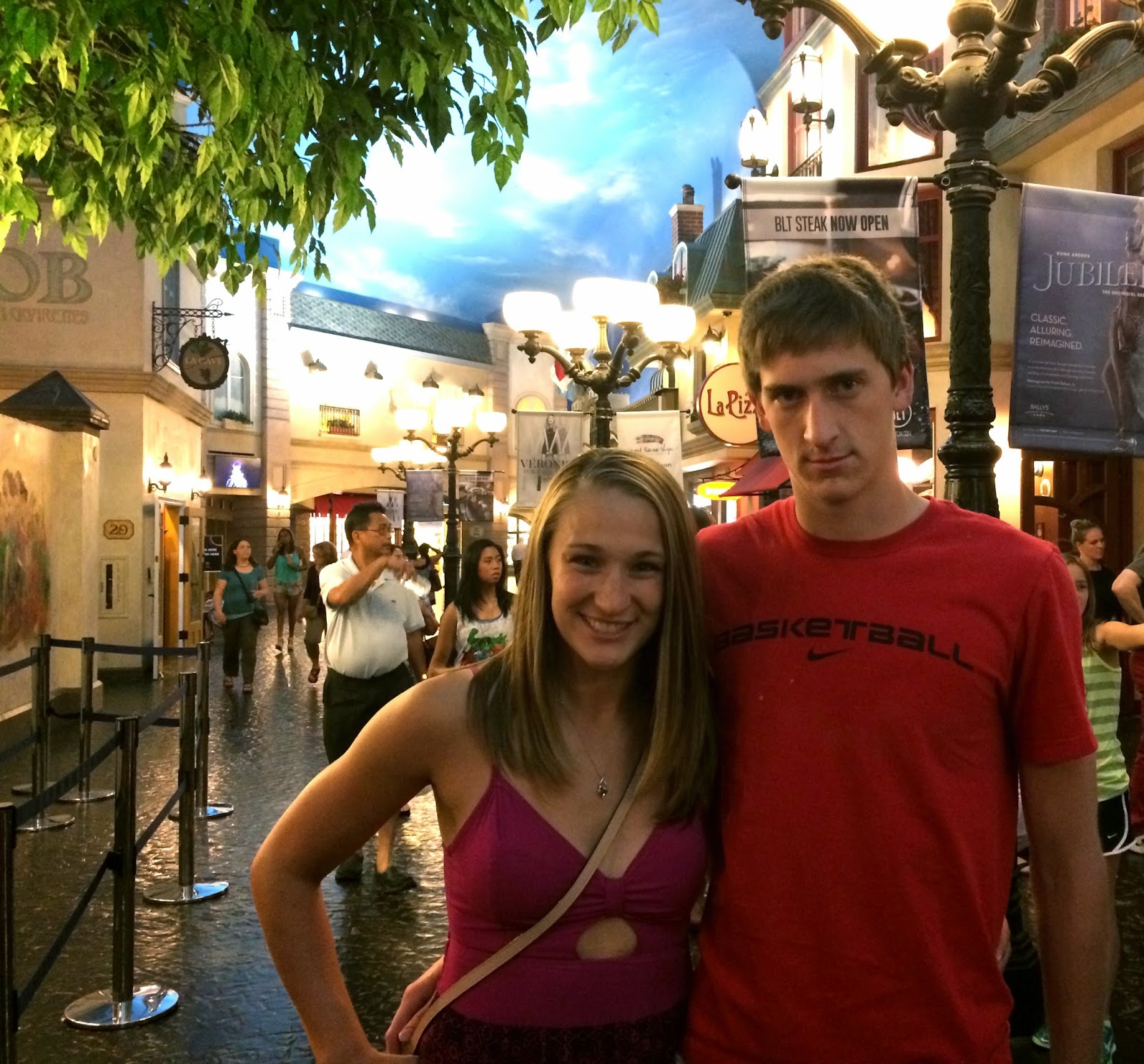 Matt wanted to go to a buffet, so I went on to trusty Yelp.com and found that the Paris Hotel & Casino had one of the top rated buffets with crab legs. Matt wanted crab legs and crab legs he got! It was actually a really good meal with lots of options, but it was the desserts that got me. French Macaroons! Be still my heart… 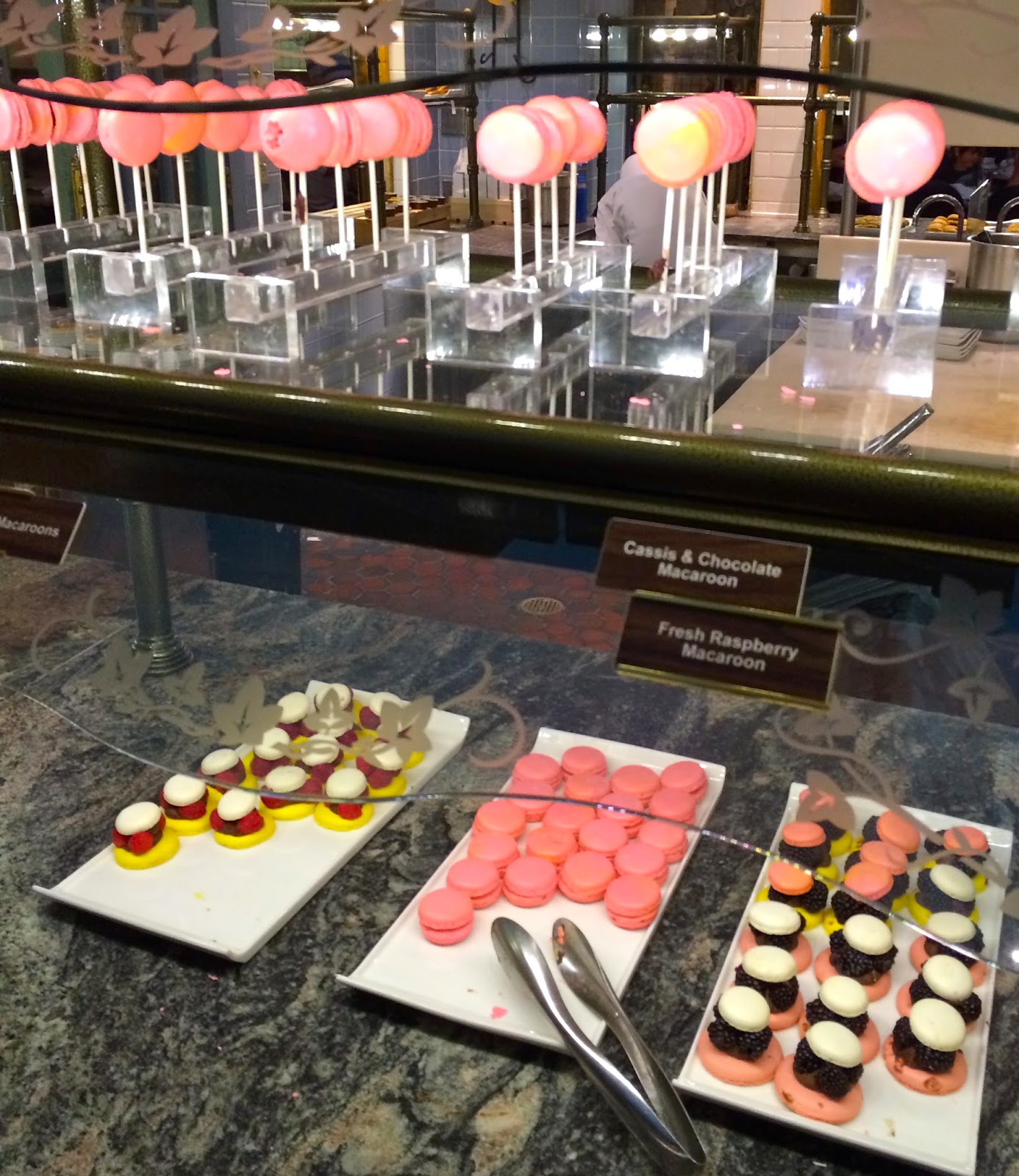 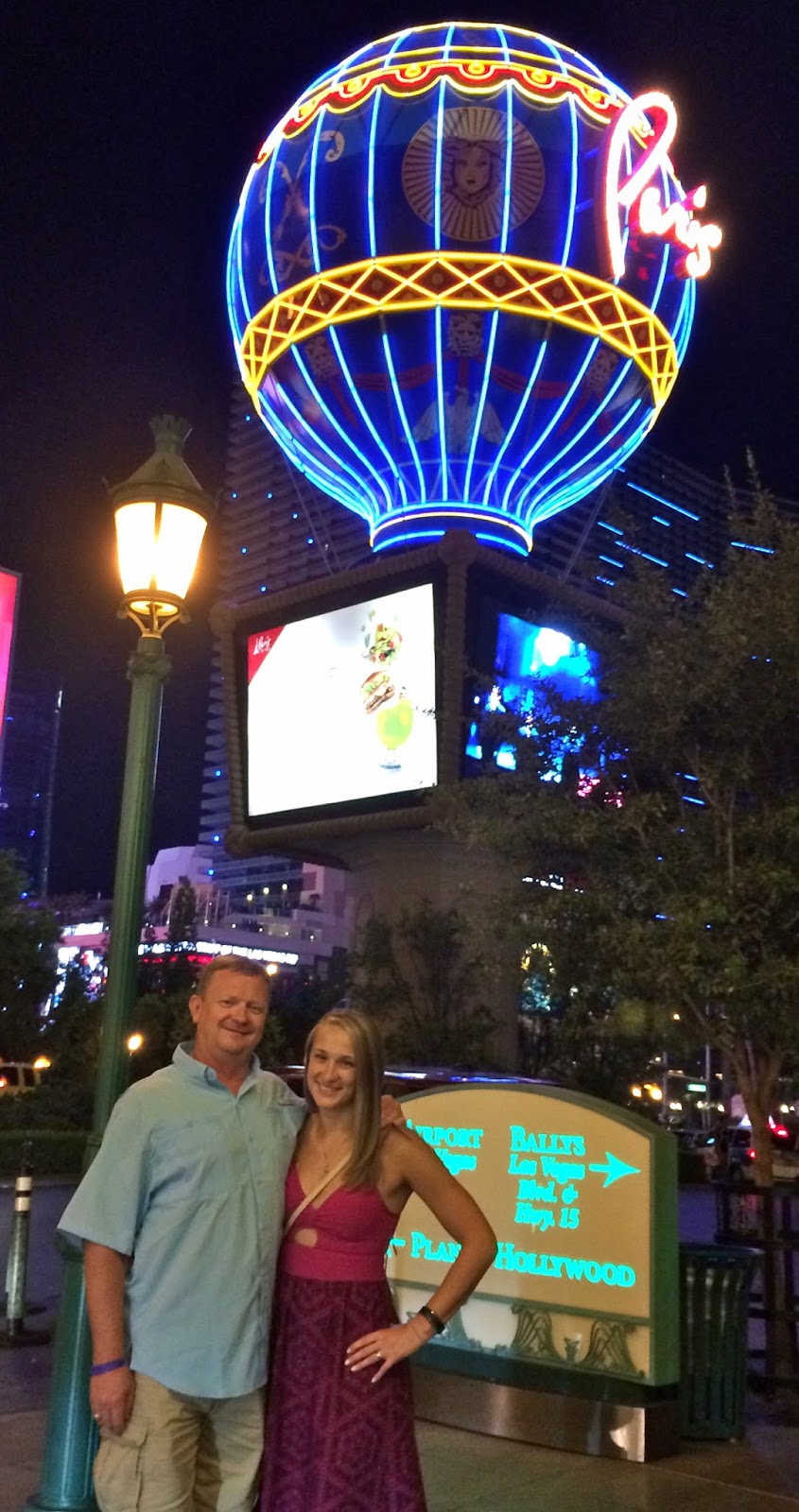 Post dinner it was time to casino hop! Drinks and penny slots at the Paris casino… 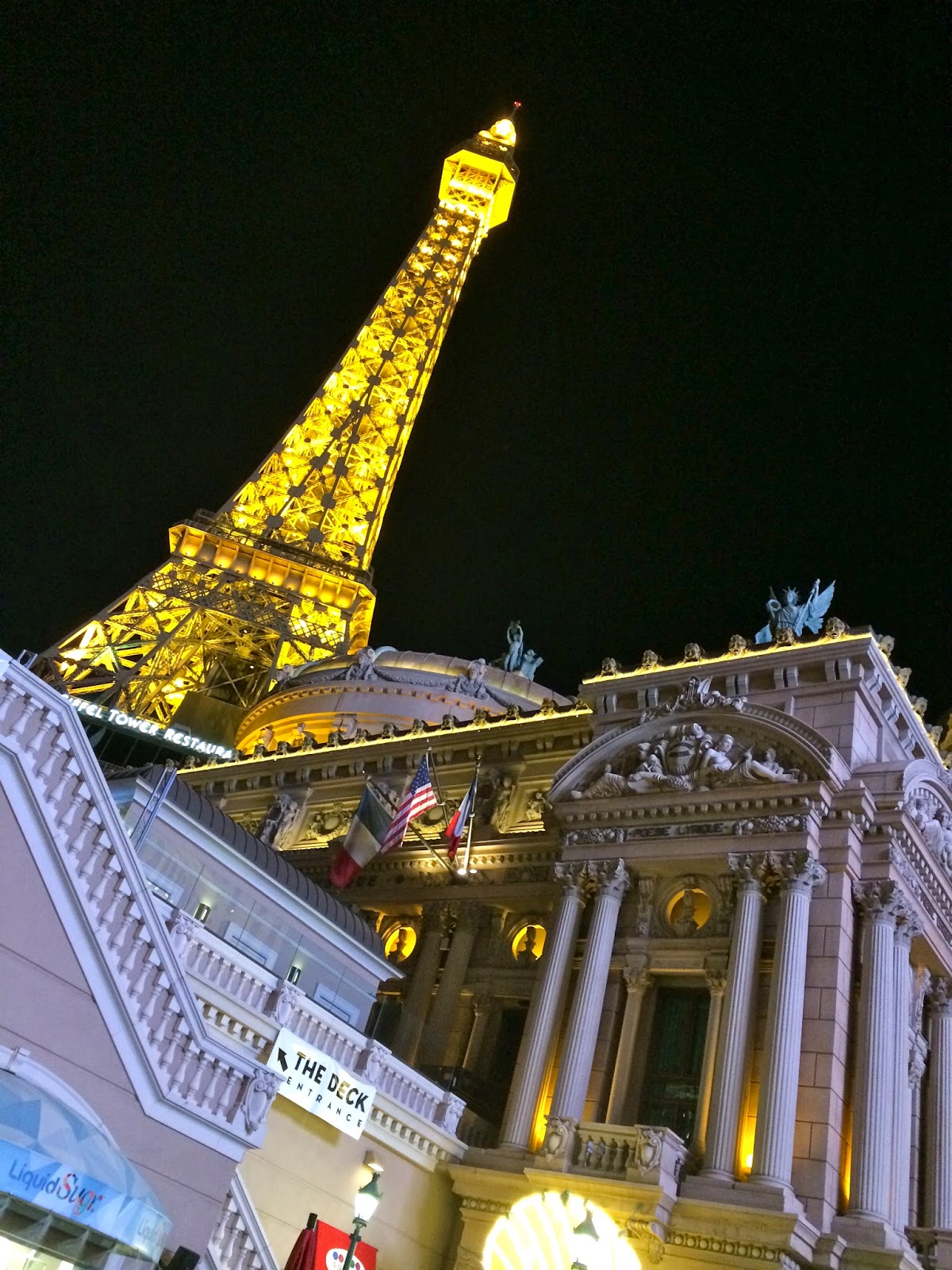 …followed by fun at Planet Hollywood… 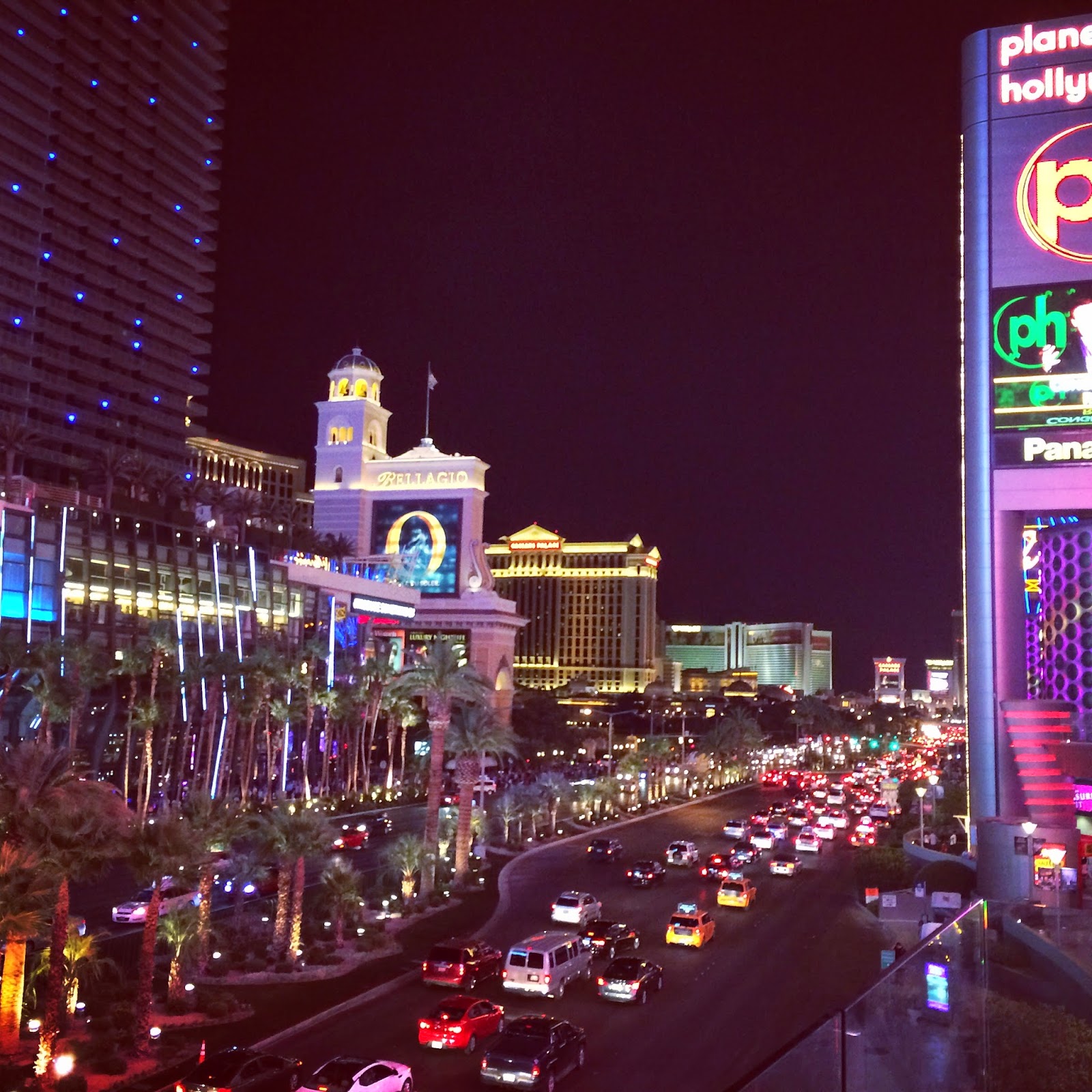 …finally ending the evening browsing the gardens and casino at The Bellagio. 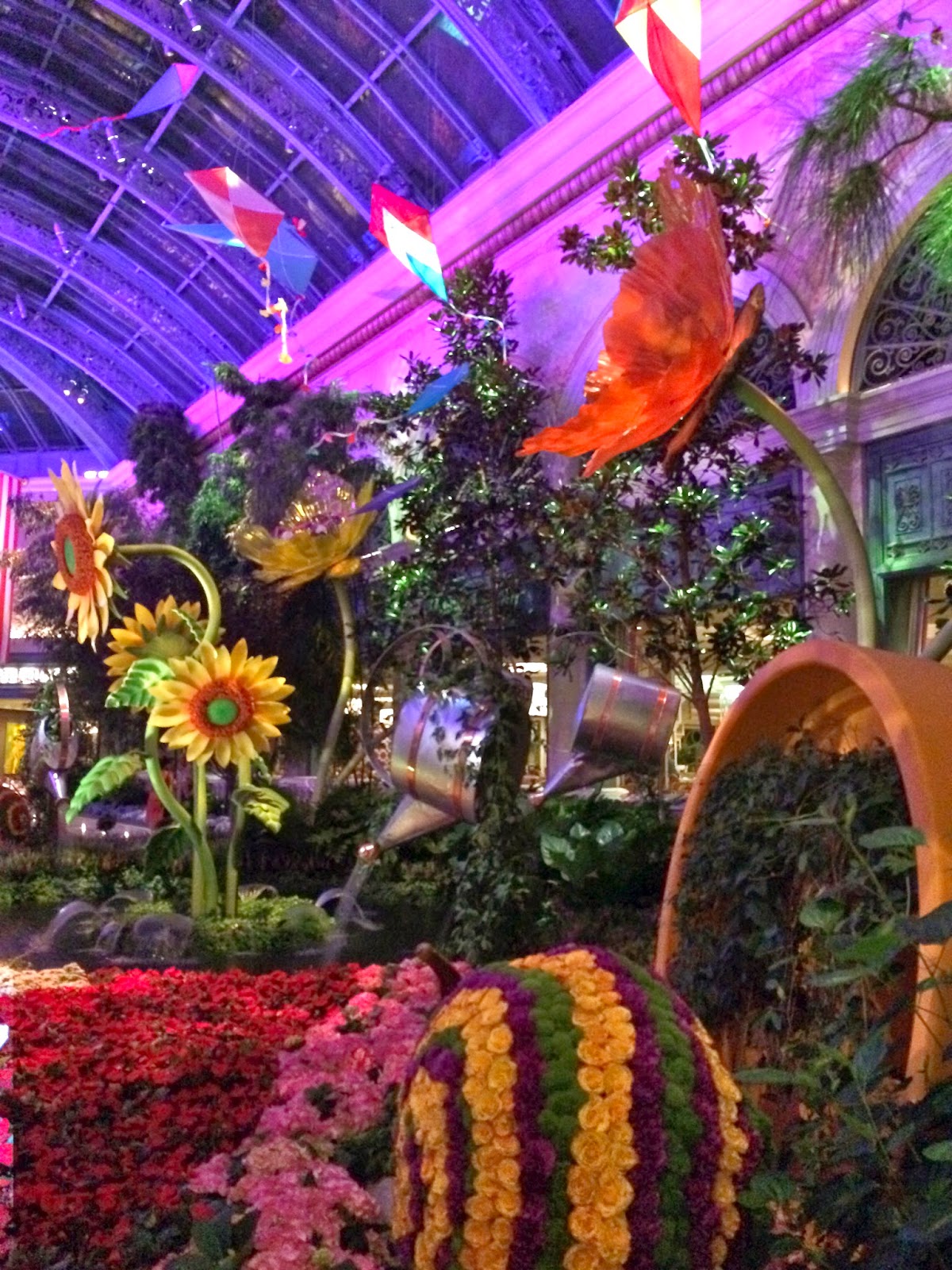 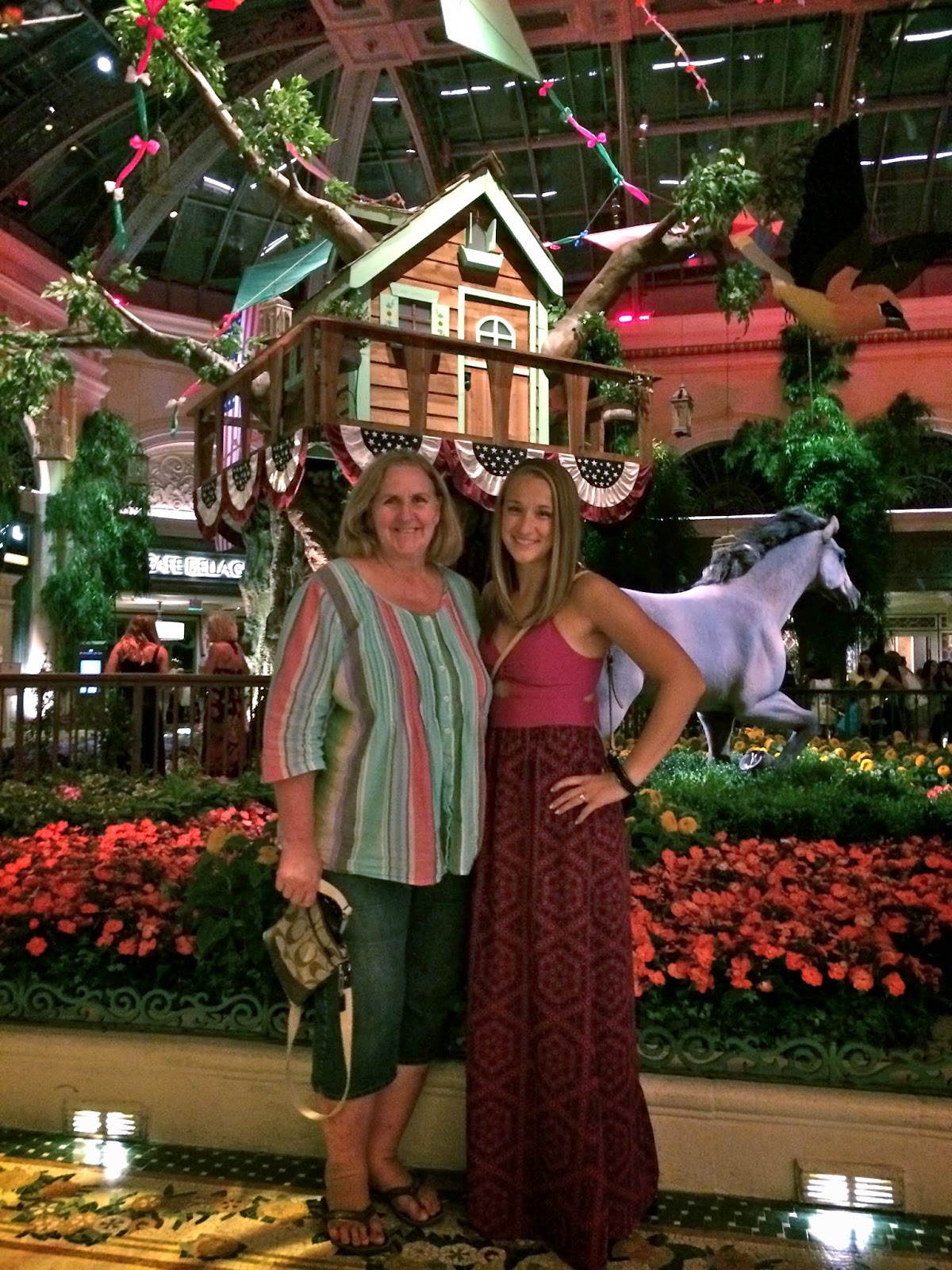 Friday morning, Mom & I went to the casino next door to our hotel, South Point, while the boys were off running errands. {We were staying south of the strip, but still on Las Vegas Blvd at a timeshare resort.} We hung out there sipping mimosas and doing a bit of gambling until they picked us up to go to Matt’s basketball game. We dropped Matt off early and went exploring along the mountains. I took some amazing pictures that I want to edit and show y’all. Soon, I promise.

Matt’s game was a blast and they won! It was the 3rd and final game in their pool play and they won all three games which meant they were going to play again on Saturday in the Platinum bracket which was the best of the best.

After basketball was a quick dinner and wardrobe change before hitting the strip again! This time we started at The Luxor… 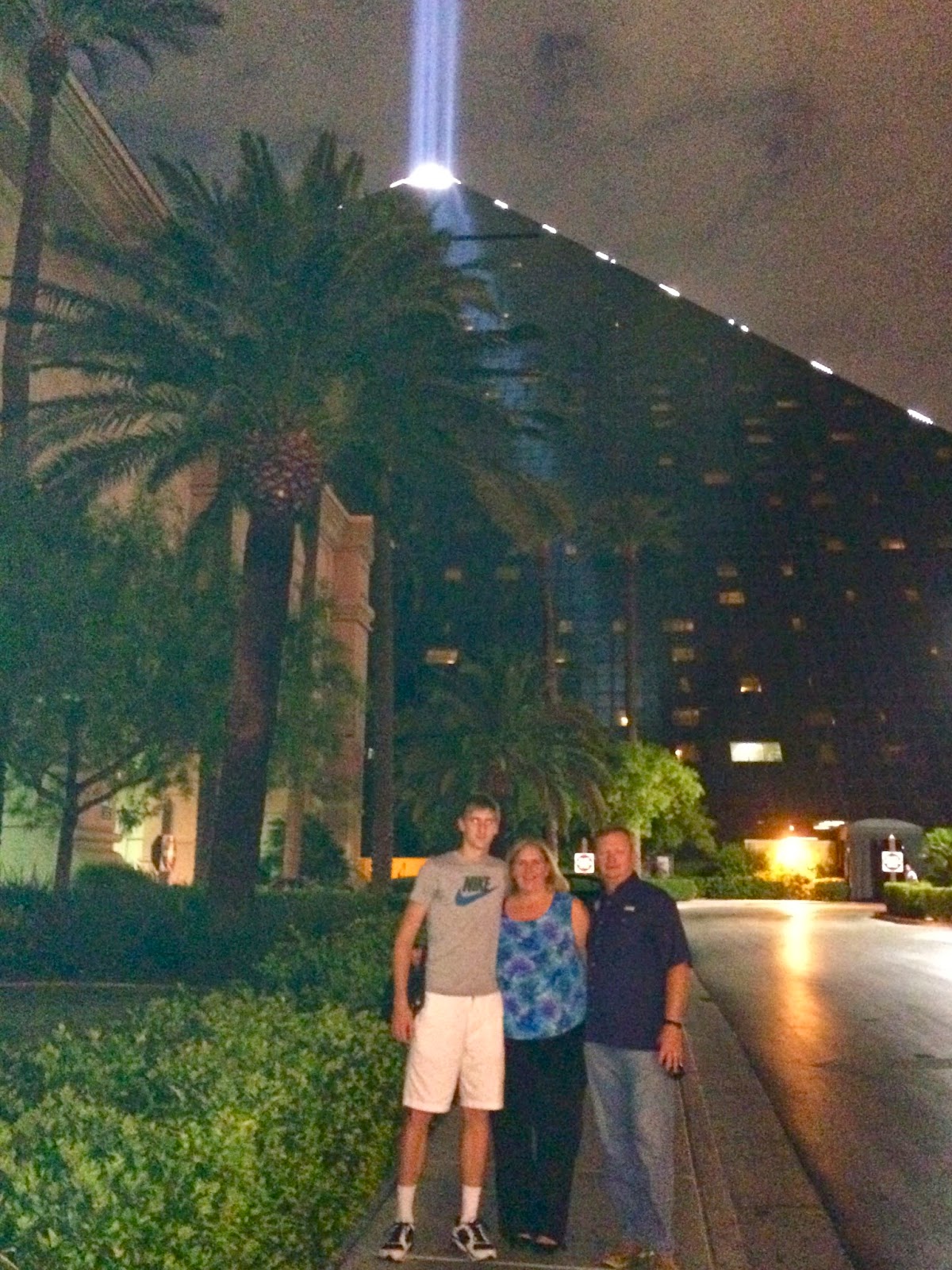 …for a Jabbawockeez performance! Anyone remember them from the first season of America’s Best Dance Crew? They were the winners that wore the awesomely creepy white masks. 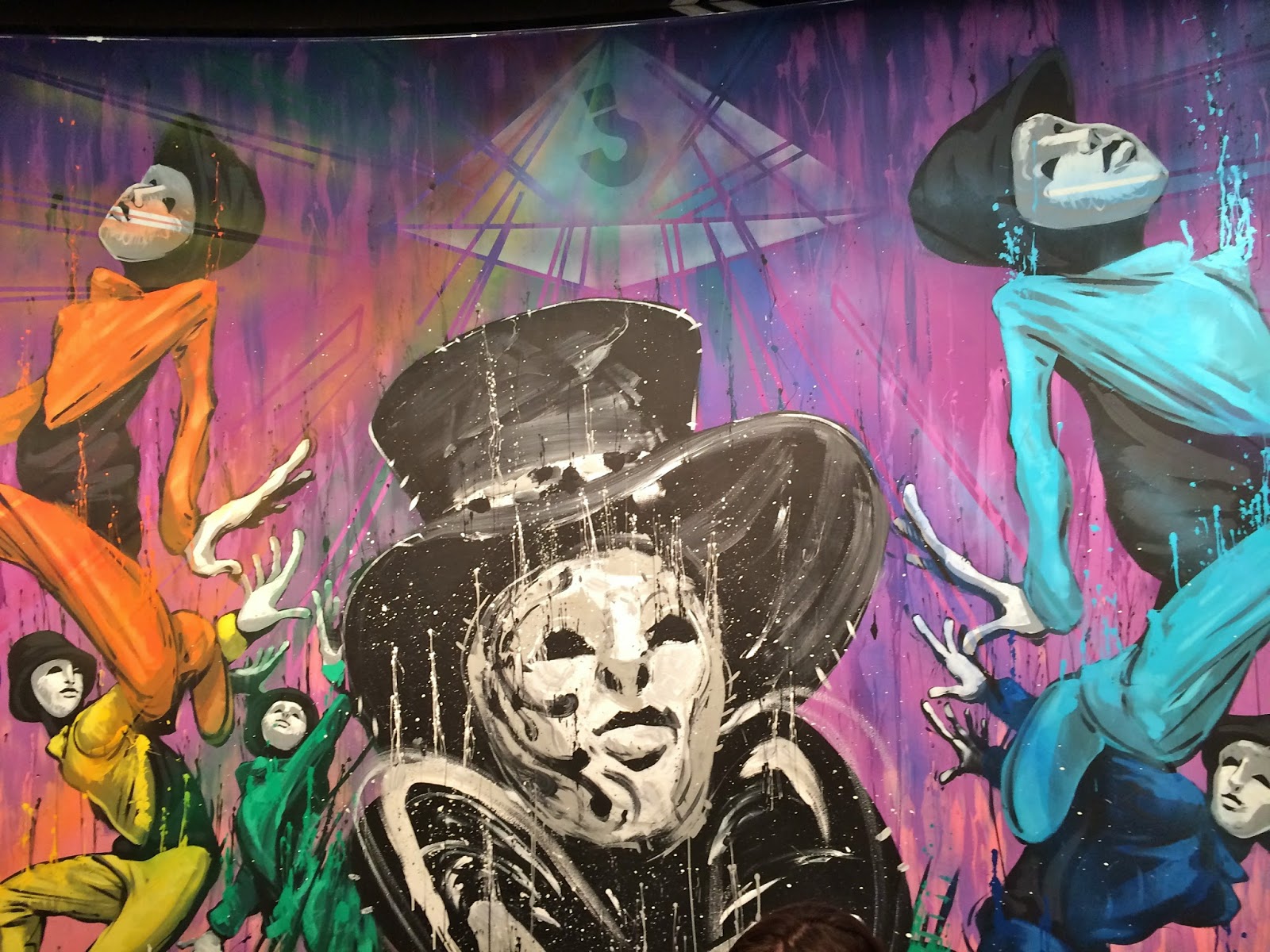 Their performance was fantastic and we all enjoyed it so much. Even Matt, who is a hard to please 16-year-old boy 🙂 The show was based on the colors of the rainbow and black vs. white. The incorporated everything in a comical manner and put on a great performance. 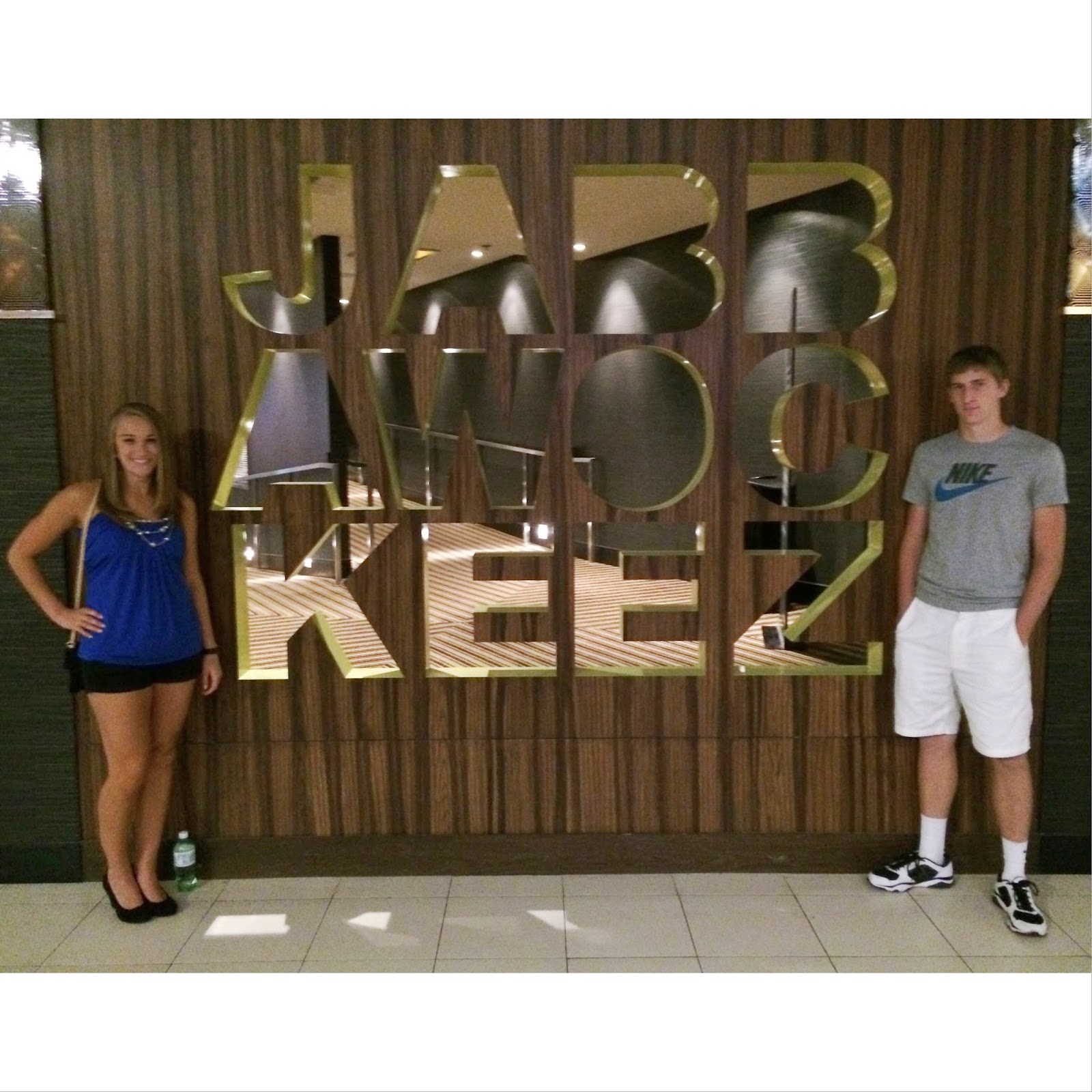 After the show, we went over to Mandalay Bay before calling it a night just after one in the morning.

Saturday, Dad and Matt were off to basketball bright and early, so again Mom & I went to South Point for morning drinks and more play time! 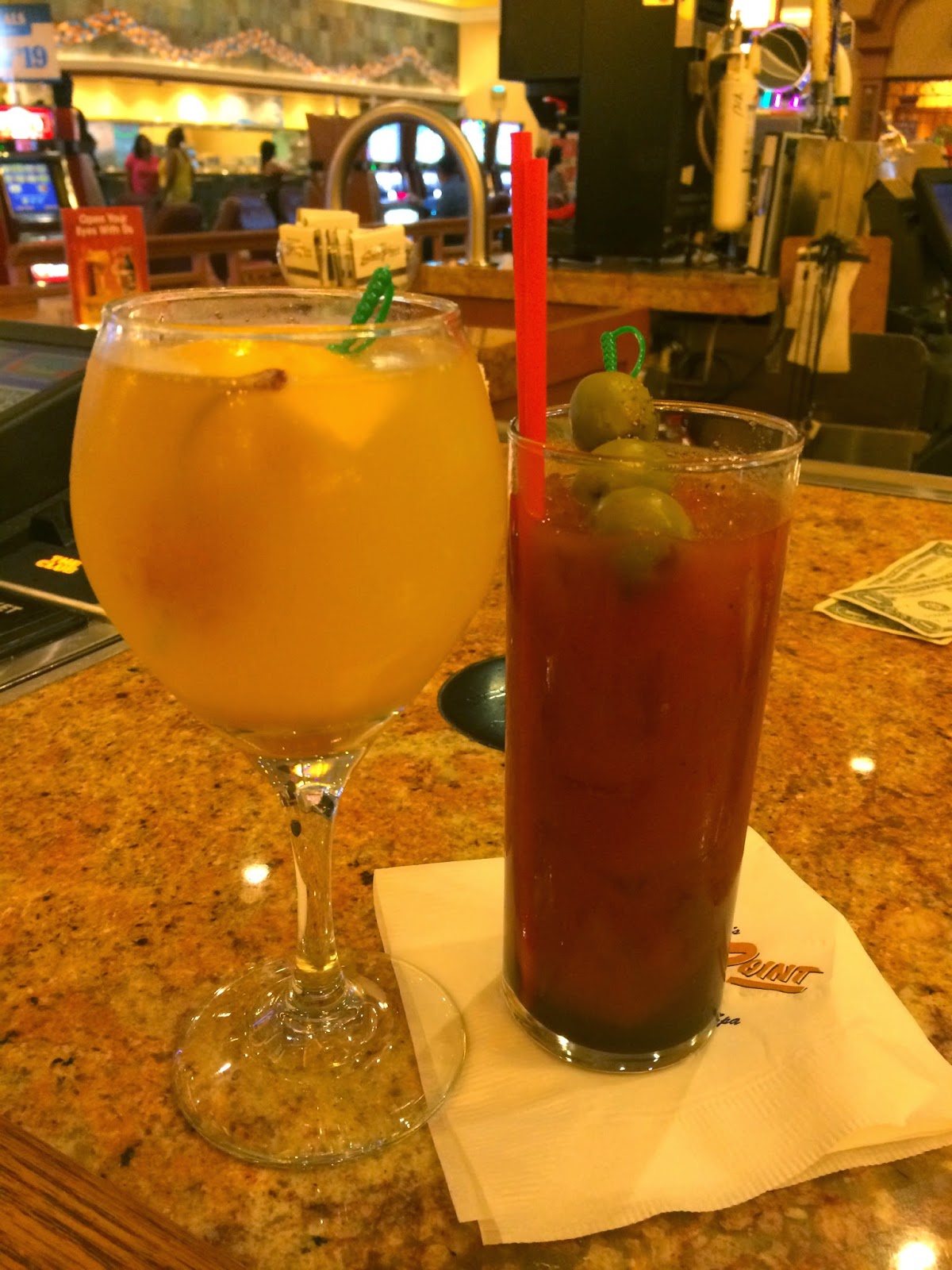 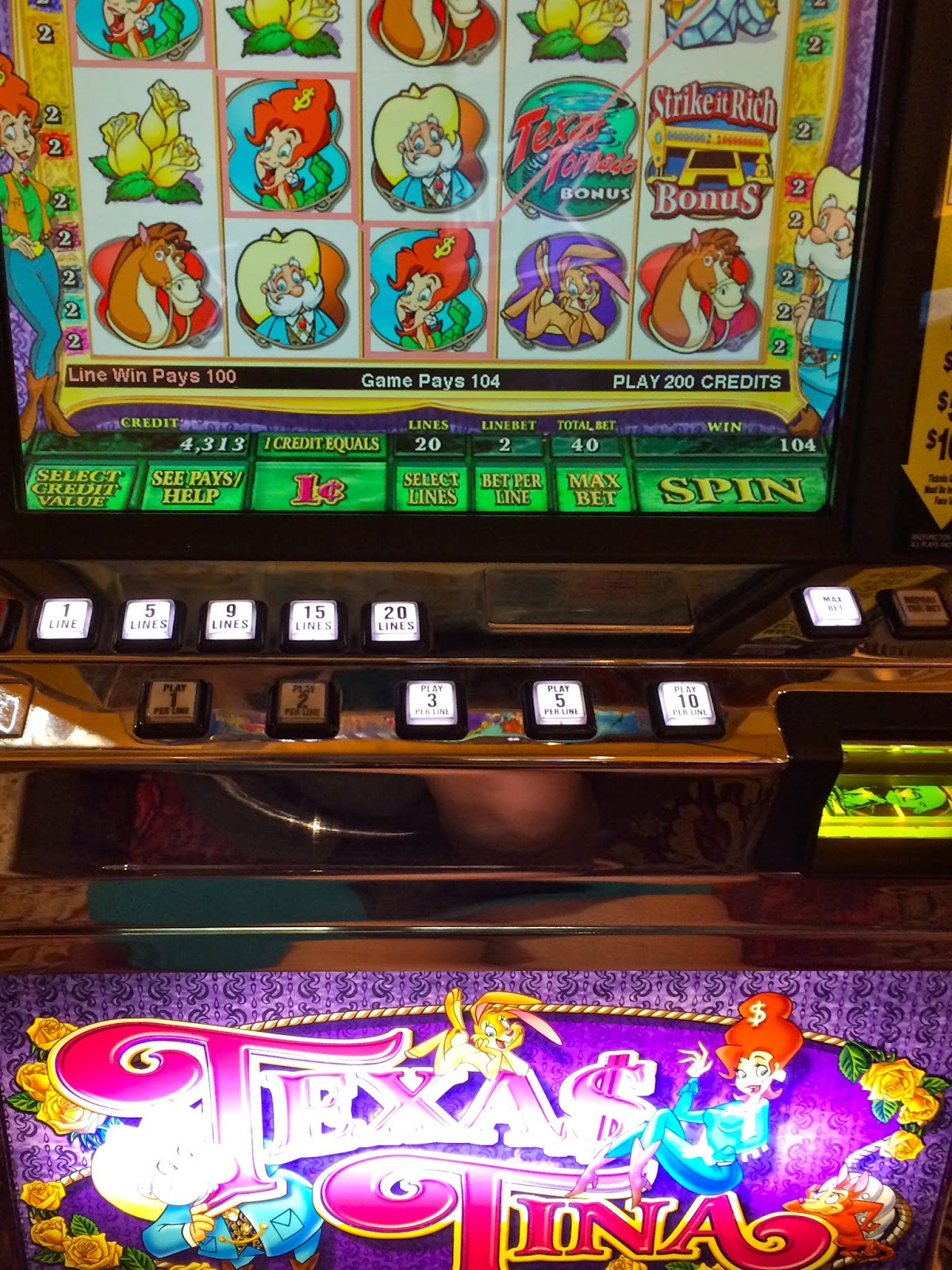 Followed by a few hours at the pool before another night on the town. This time we headed to Fremont Street! Mom & I were dying to go to a Murder Mystery dinner theatre at The D Hotel & Casino called Marriage Can Be Murder. We loved how interactive the performance was and the acting was cute. 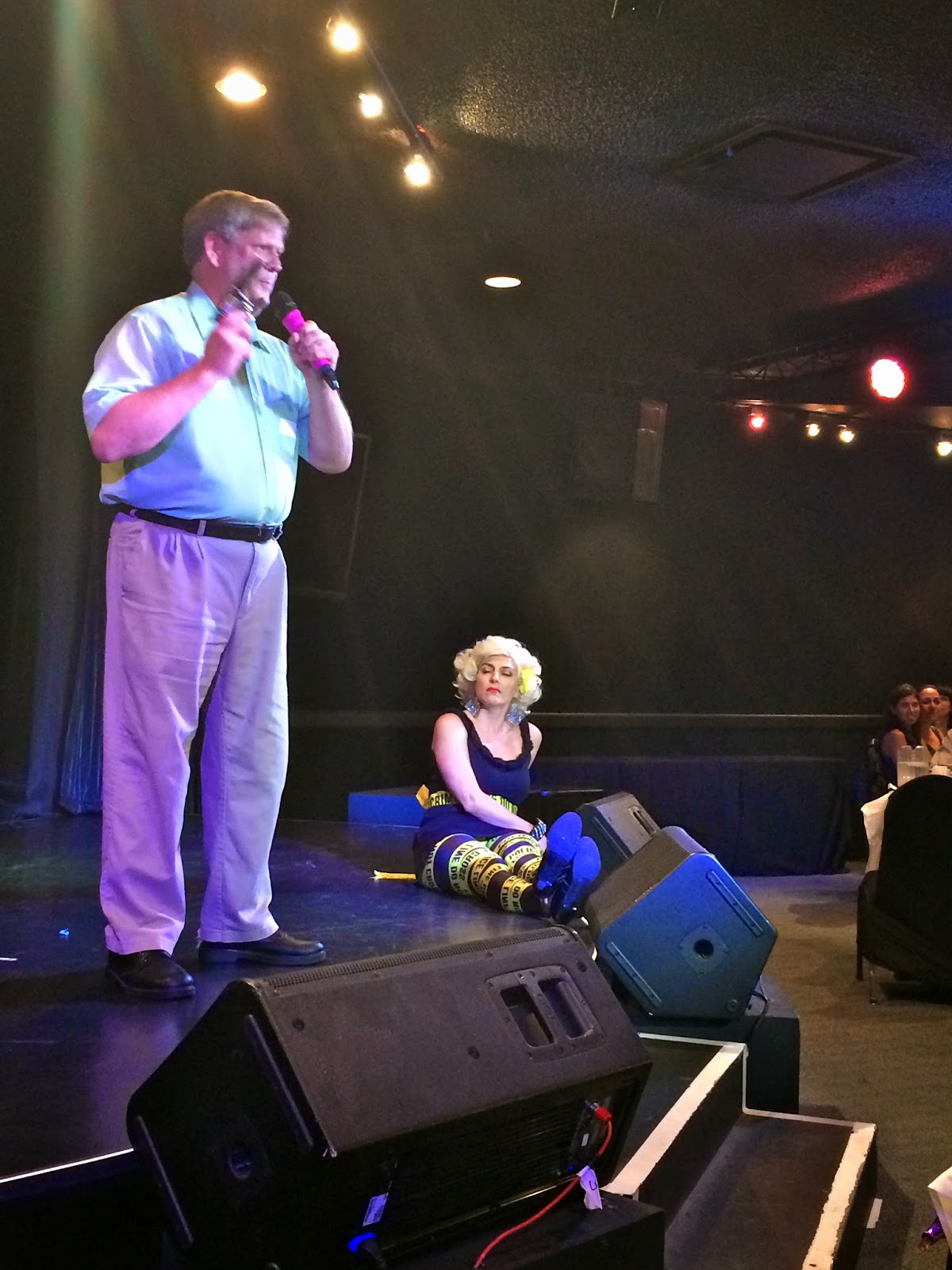 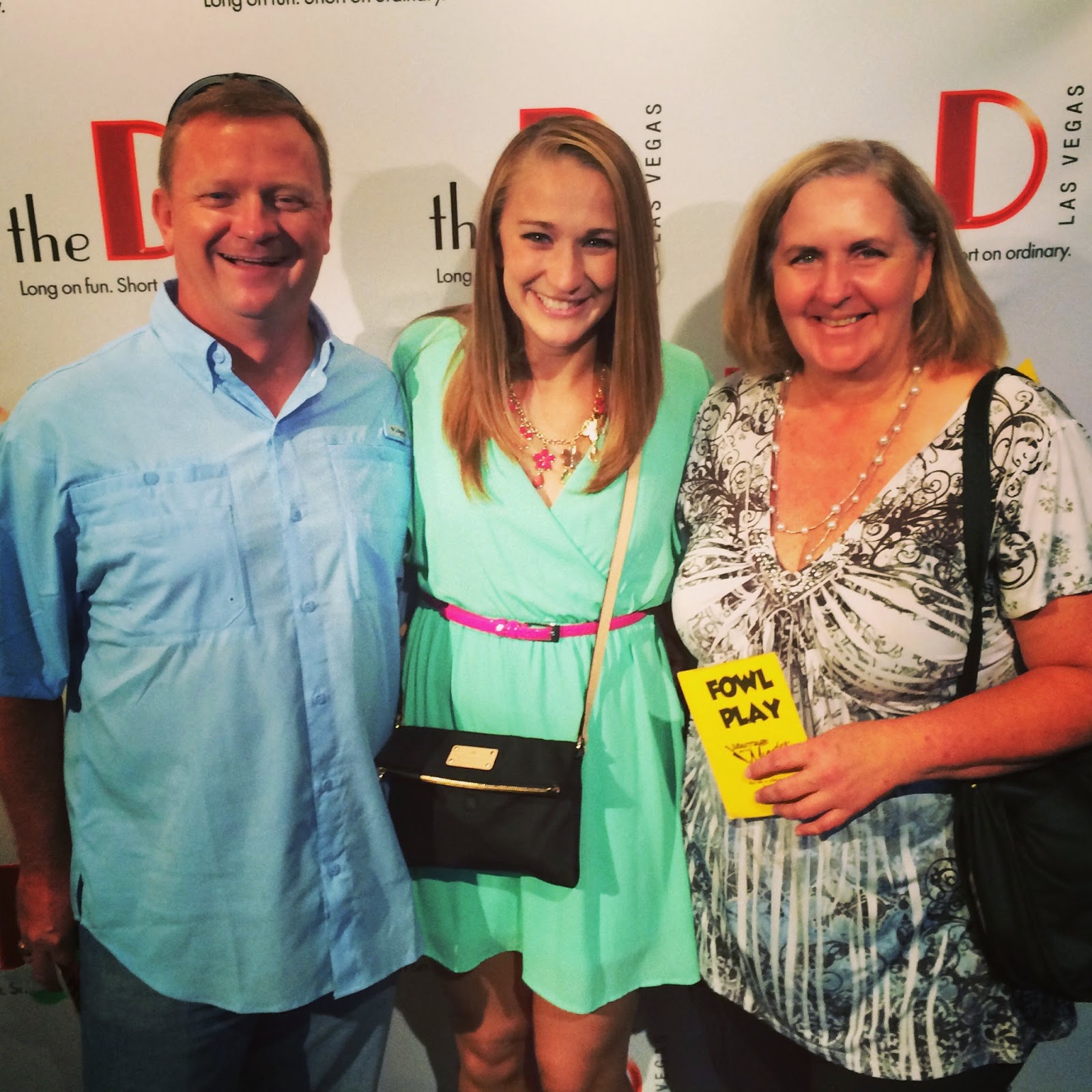 Next was watching the lights on the Fremont Street Experience and casino hopping! Finally ending at the Golden Nugget where we watched an awesome cover band at one of the lounges. 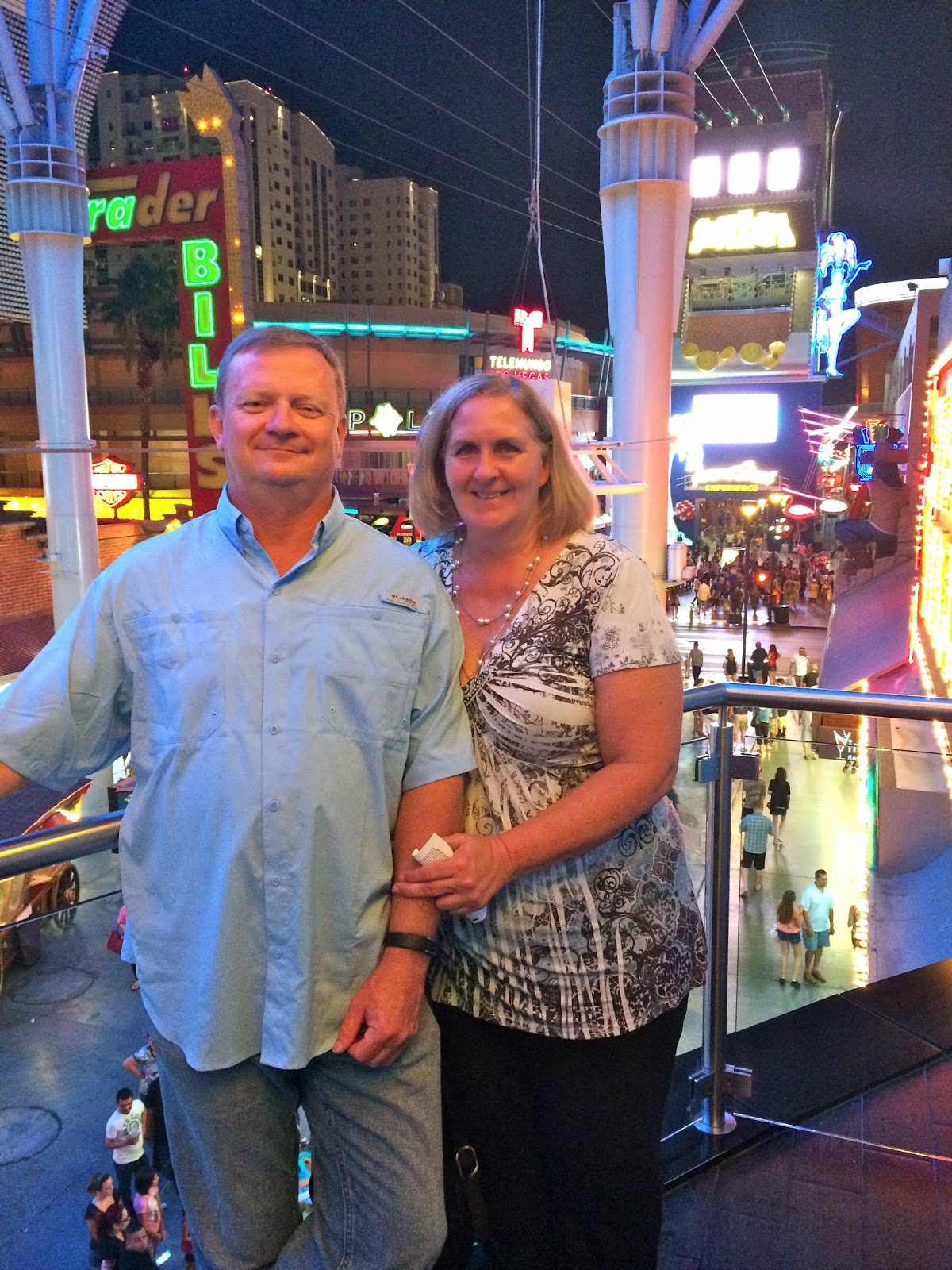 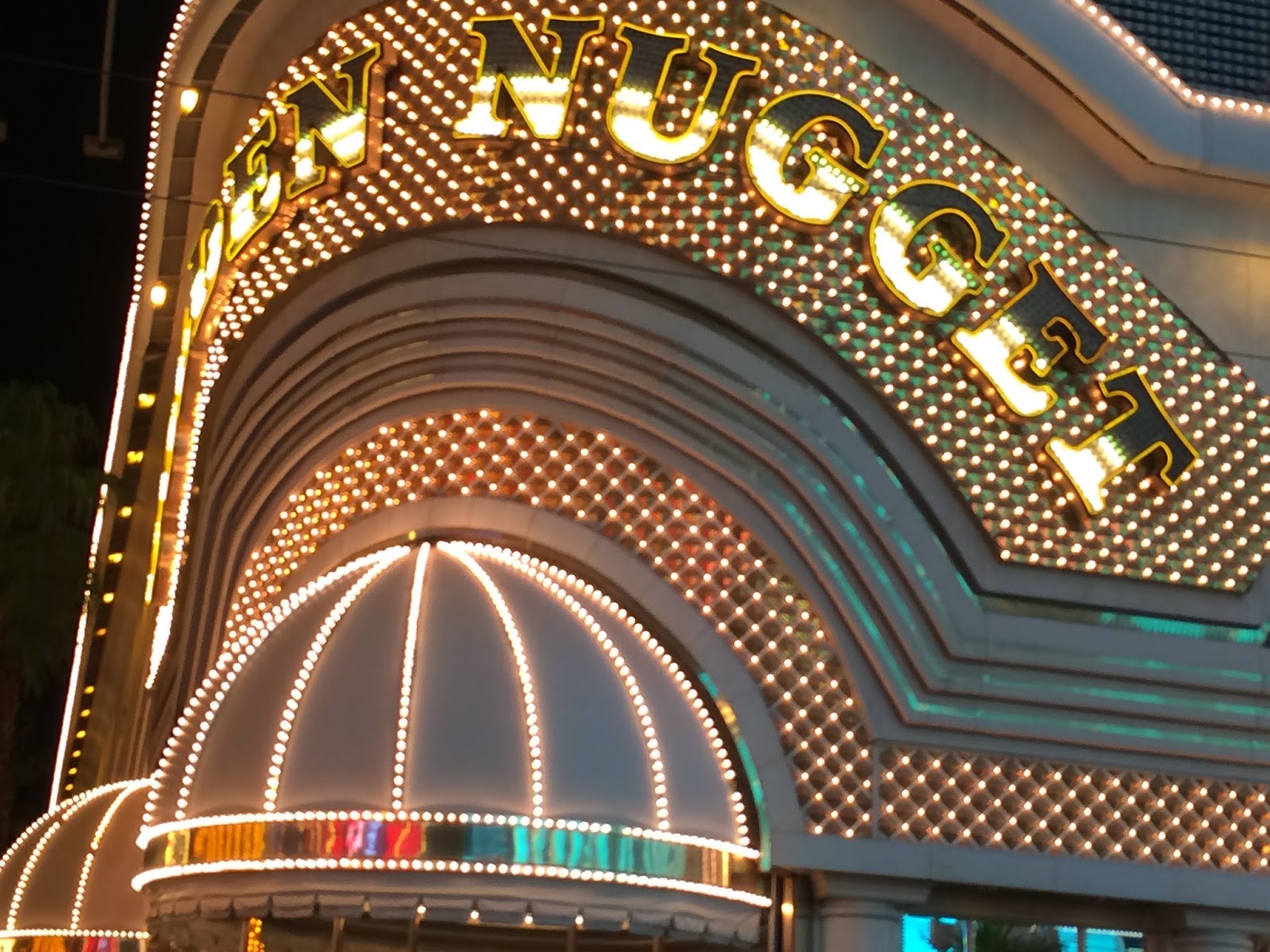 Sunday morning started out fantastic with a champagne brunch, but y’all know where it went from there. In case you missed it, you can read about our lovely time at the airport here. Eventually we did make it home. Worn out and exhausted from all the fun, but it was an amazing trip with some of my favorite people in the whole wide world…my family 🙂 We definitely missed Emily & Ben though! I’m thinking a family Vegas trip will be in order when Matt finally turns 21!

Next up…Denver this coming weekend! All the traveling this summer!