Oh Boston! I miss you so already! I took so many pictures and did so many things that I want to make sure I hit everything. There is so much to do and see in Boston especially with all the history that we had two jam packed days!

We woke up Sunday morning and drove into Boston from the Cape for brunch! Sunday brunch may be my favorite meal of the week and I think I found the best restaurant ever!!! The Blue Room in Cambridge was one of my favorite meals EVER! It was a buffet and we left feeling like we may never need to eat again 🙂 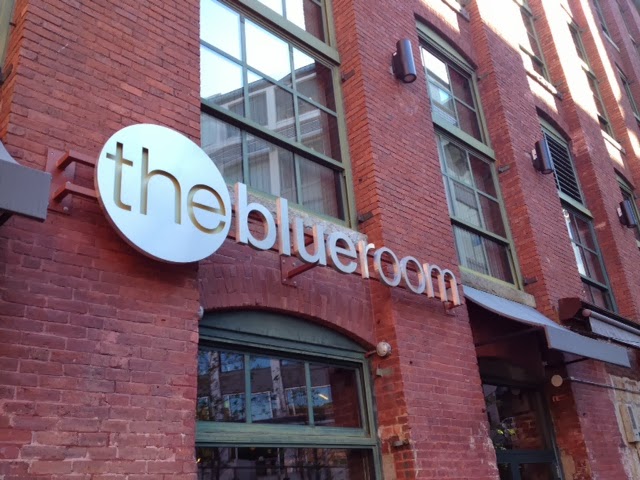 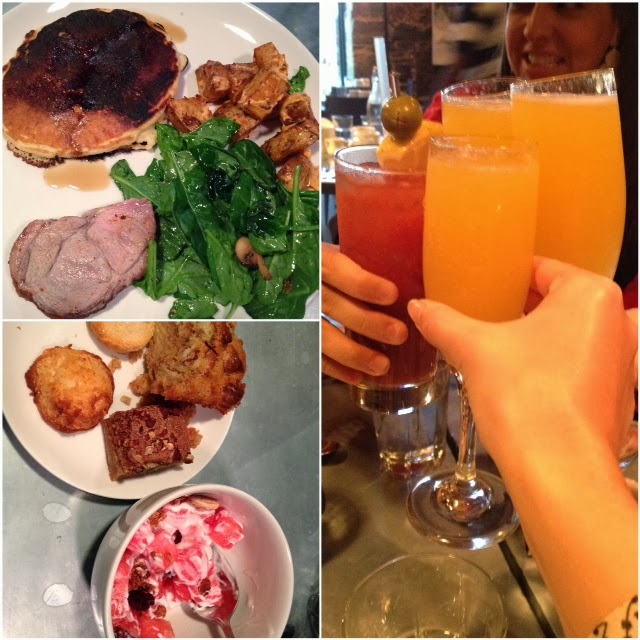 Next on our to do list was to walk off all the food we ate by exploring the Freedom Trail! We drove to the Boston Common snapped some pics and decided to take an actual tour instead of wandering ourselves. It was an awesome decision. 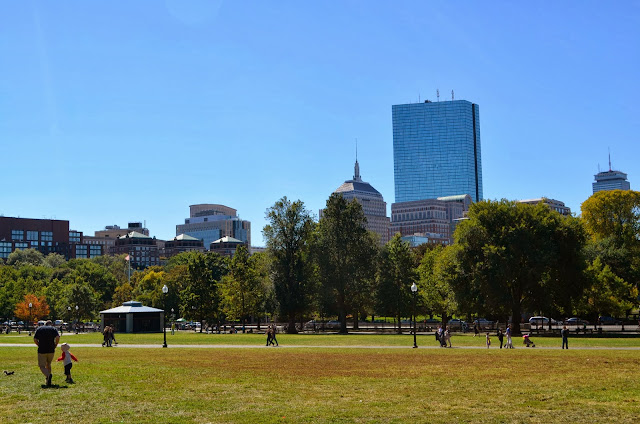 Because check out our tour guide!!! 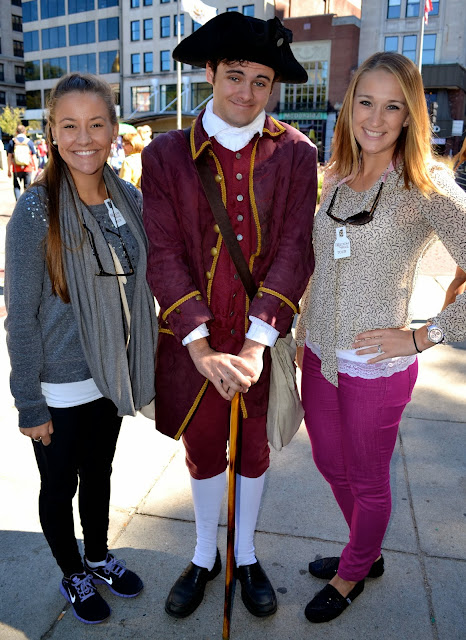 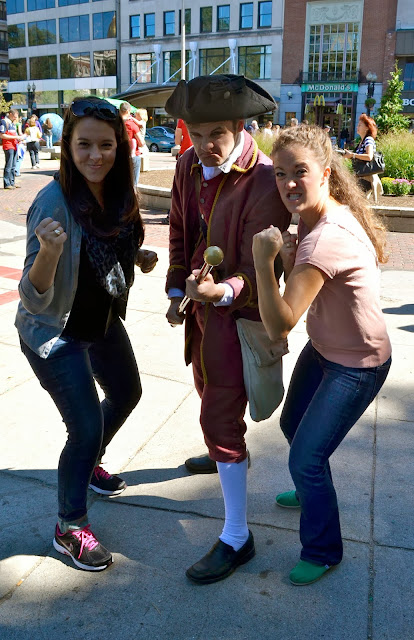 He is not Paul Revere, but we decided that he was. He was not a fan of this, but we’re obnoxious and don’t care 🙂 He was an awesome guide and we learned quite a bit. 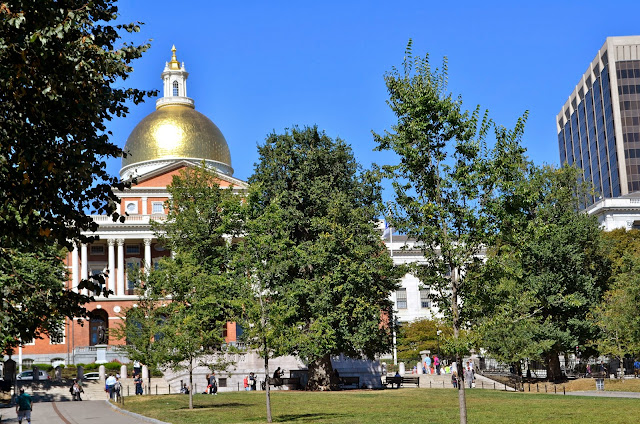 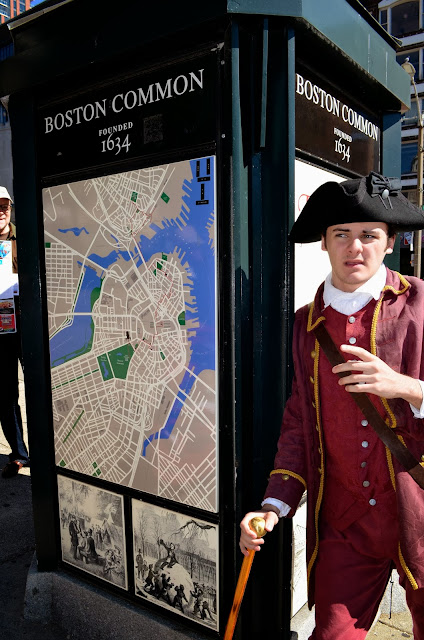 I loved touring the super old graveyard and hearing the stories on how many potential bodies were buried in there! Time for all my fun facts…

The Franklin obelisk is not Ben Franklin’s tomb, but his parents! 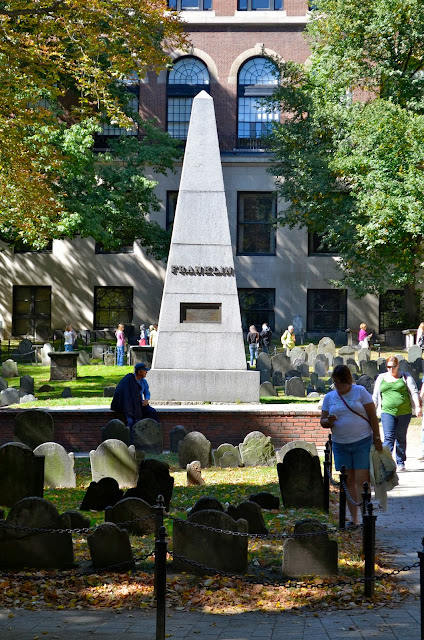 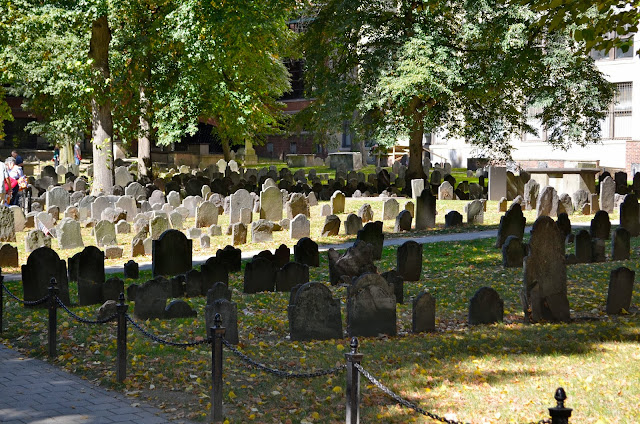 John Hancock was actually a pompous jerk and his tomb ended up becoming the spitting image of his last name and how he was perceived. He also wanted to become the King of the colonies. This didn’t happen obviously. He was told that he could become president, but we all know how that ended up… 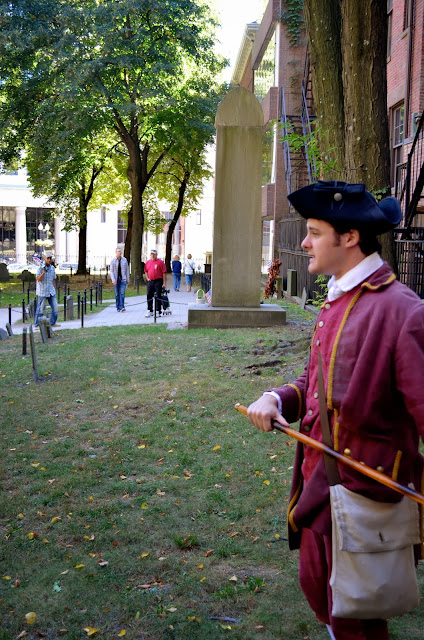 The tombs in the graveyard were actually moved when lawn mowers were invented in order have an easier time mowing the yard! 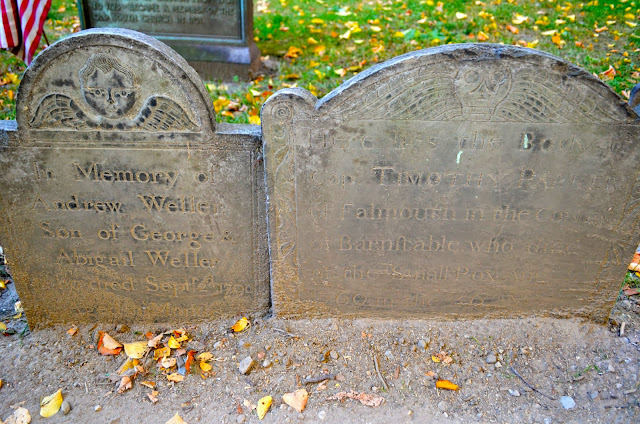 Paul Revere wasn’t really as awesome as the poem makes him sound. He had about 40 other men also running around telling people the British were coming. He was also captured and told the British about the colonists plan! 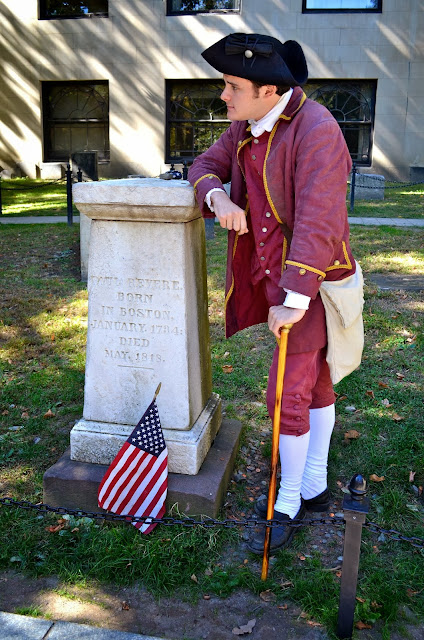 Here are a few more shots from the tour! 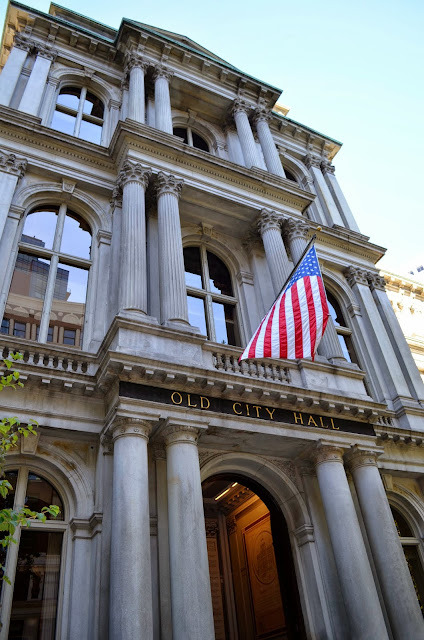 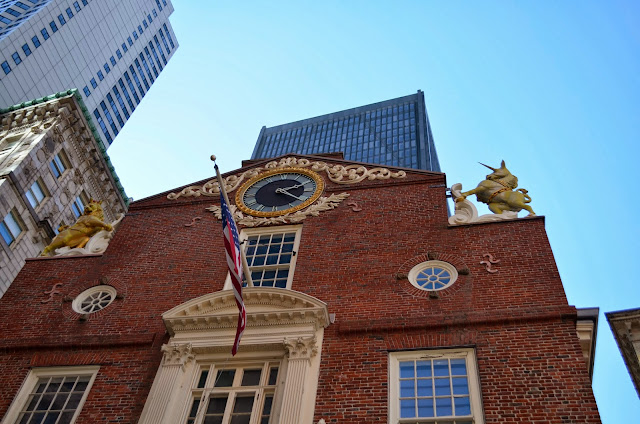 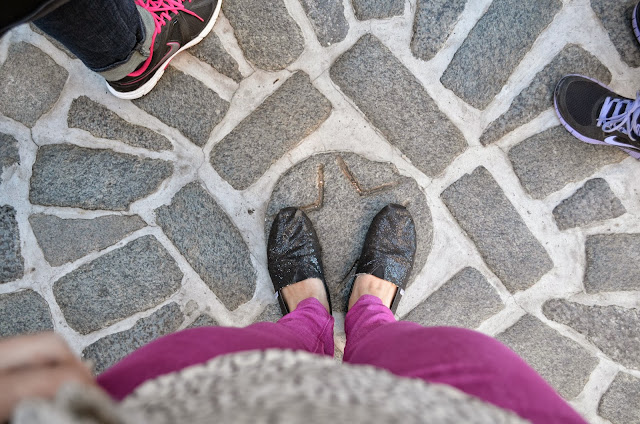 This is where the Boston Massacre started! 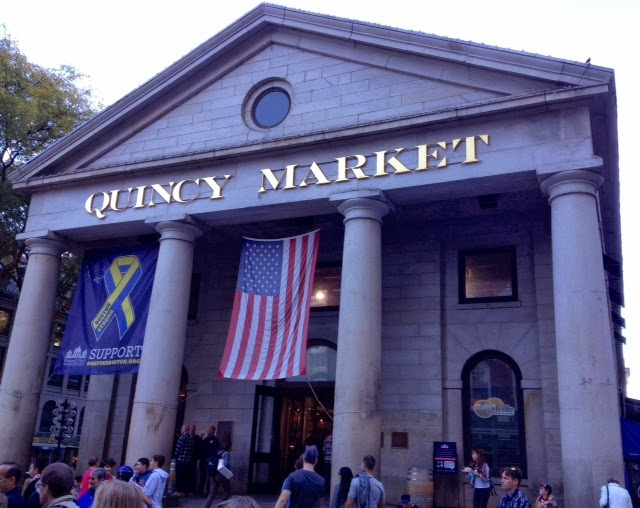 After walking around the market for a bit, we retraced our steps to make it back to the Boston Common, but not before a pit stop at one of the statues! 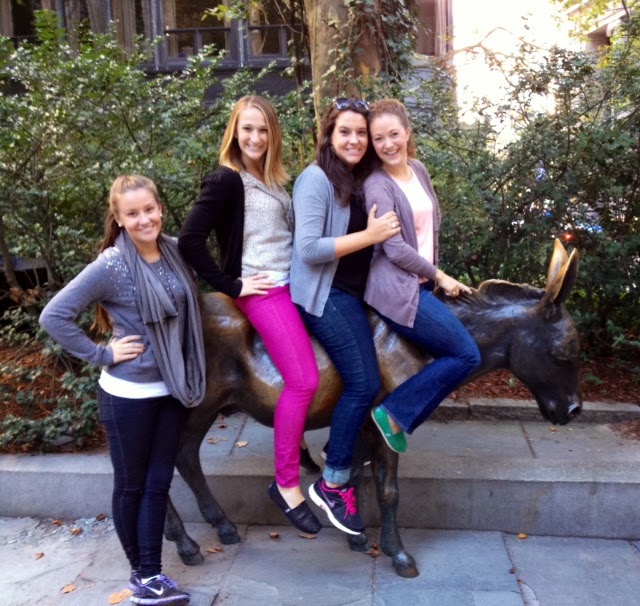 Back at the Common we had to see the ducklings! They were adorable in their little jackets! 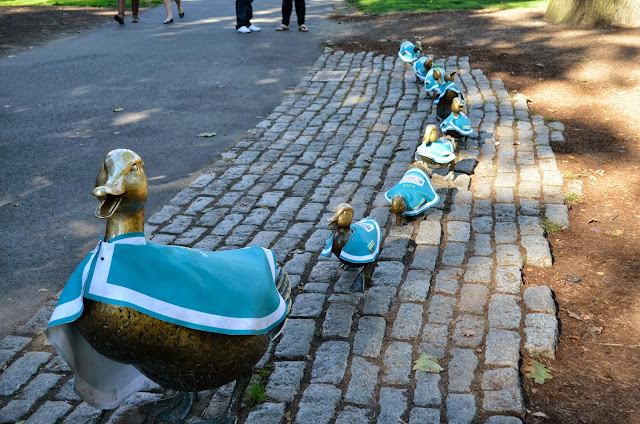 That night I was thrilled to get to meet Jodi for dinner and drinks on the North End! 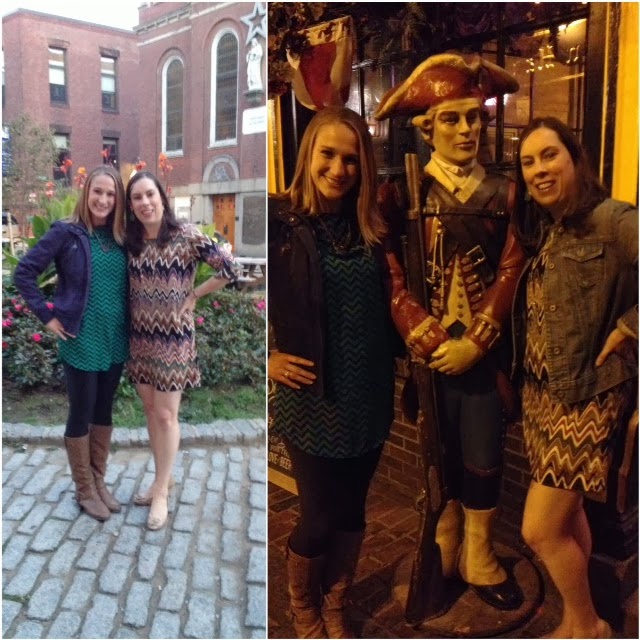 We ate at a cute little Italian restaurant. I had the eggplant parmasean. Oh my yum. I’m telling y’all, food in Boston is to die for! After dinner, we grabbed a cannoli from Mike’s and then drinks at the oldest pub in Boston, The Bell in Hand Tavern! Then we found another bar with some live music were we had a few more drinks and ended up dancing with the band! Jodi was a trooper and took a touristy picture with me 🙂

Jodi, thank you so much for taking us around the North End! It was the best night we had on our trip! Seriously so much fun and I’m beyond glad that we were able to meet in person 🙂 Let me know when you’re in Houston! 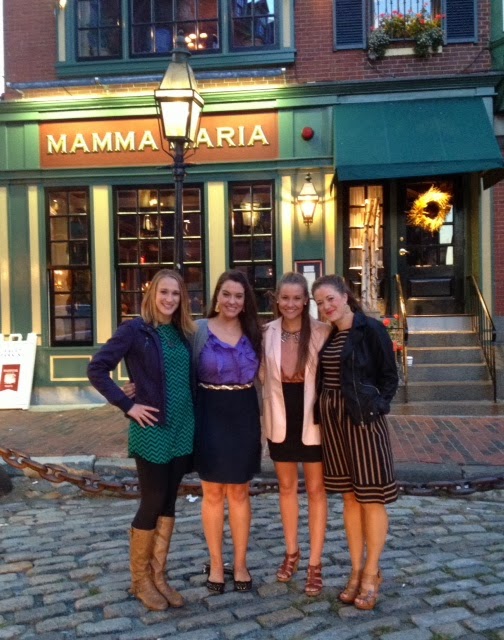