It all started on a chilly, windy Sunday morning. Of course I woke up at 5:00am since my alarm was supposed to go off at 6:00am. My body has a tendency to freak out on race days and my brain always assumes the worst. aka I think I won’t hear my alarm go off.  I’m a light sleeper. I always hear my alarm. No idea why I have this irrational fear. Once the alarm went off, the hubs and I were up and at ’em getting ready for our adventure. 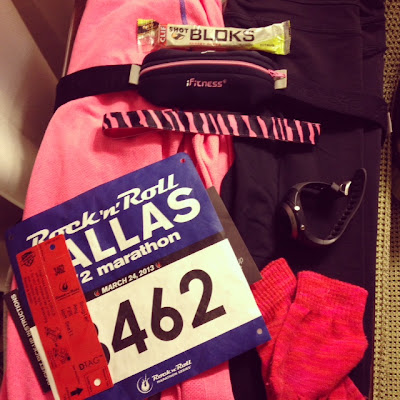 By 7:00am, we were walking towards the start from our hotel! It was only about a mile away so we decided to walk. It was cold. So windy. I was not happy. I thought the walk would be a nice warm up, but all it did was mentally drain me. I don’t do well with being cold. The wind made me not even want to run! Luckily, we were able to take refuge at a swanky little hotel just by the corrals! It was warm, not windy and had toilets that flush. Win – Win -WIN in my book! Luckily I was able to calm down and re-get excited about the race. Until we had to go outside for the actual start. The hubs was in corral 9 and I was in corral 3. We decided to average them and just jumped in with the corral 6-ers! 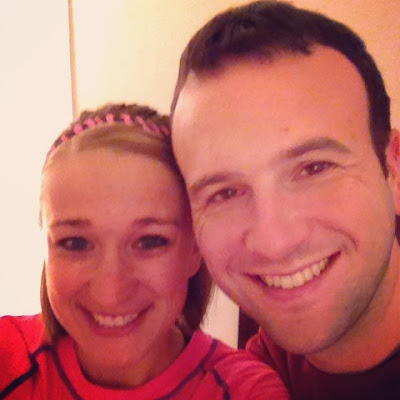 Side Story: The hubs was not actually supposed to be running this race! About a week before the race, my sister heard back from a PT school that they wanted her to come in for interviews! It just so happened to be the same weekend as the race. Whomp whomp for the race, but HOORAY for Em getting the interview! So I asked the hubs if he wanted to run. He said why the hell not and called it a day. He didn’t train. He has barely ran since the Houston half. But of course, he’s a rockstar and did awesome!

Okay back to the race. Corral 6. We finally get to start. Thank goodness. I was nearly in tears from being so cold. I knew I would be fine once I got started. And of course I was. As soon as I took off, I knew it was going to be a good race. I was already shedding my thin sweatshirt/jacket thing that I bought on clearance at Target for a little extra warmth pre-race, by mile 1.5. I don’t know what it was, but I was on a roll and I knew it. I did a great job of starting slow which is so hard for me. I don’t like going slow. I managed to keep my first mile around a 9:10 pace. Once I hit that, I really knew it would be a good race.

I managed to keep a solid 8:40 pace through mile 7. The views were beautiful and I forgot everything that Dallas has to offer! I also forgot that Dallas has hills. Not a ton of hills, it’s not Austin, but it’s definitely not Houston aka the flatest city ever. I’m not sure why I didn’t expect them, but they were actually a pleasant surprise. One of my favorite areas to run through was miles 6-7 when we ventured through Highland Park. Oh my mansions! Seriously, these houses are ridic. I pretended that I was going to live in one some day 🙂

When mile 8 rolled around, I had this second wind. Mile 8 can usually make me or break me. If it’s hot and humid and I’m having breathing problems, then mile 8 is where I start to hurt pretty bad and I’m in dire need of my inhaler. Because of this, mile 8 is always where I feel on cloud 9. What I don’t need my inhaler? What I still feel great? Oh yes, I’m awesome. Luckily this is what went through my brain on Sunday! After this awesome pump me up, there was a huge crowd of people with a bunch of little girls {dance team or cheer squad I’m thinking} with their hands out for high 5’s. I went down the row, ducking low, hitting everyone’s hand. Then all the other people in the crowd started putting their hands out for me to continue down the line. I’m not going to lie, it felt pretty awesome. My pace jumped up to a 8:20 and it felt easy!

This “runner’s high” continued on through mile 10. At that point, I knew I was going to easily finish under 2 hours, but the question was – could I finish under 1:55? I knew I wasn’t going to PR. At this point, in order for me to PR I’m going to need to see 1:4X:XX. That 4 is intimidating and it’s going to take some solid training! At mile 11, I got a nasty side stitch. Not just a little one I could rub out, it was deep. Oh and of course there was a photographer right there to catch me in my only awful moment of the race.

You can see I’m digging my fingers into my right side trying to make the pain subside. Luckily just after the photographer was a water station. A quick walk, a sip of water and a few deep breaths later, I was good to go! At that point, I knew the end was near and was able to get back to my original 8:40 pace despite the walking break. Mile 12 flew by. I was back to that solid 8:20 pace that found me at mile 8! {Think of how fast I would have finished had I picked it up a few miles sooner!} Before I knew it, we were winding our way into Fair Pack, passing the frozen Dallas Cowboys Cheerleaders and crossing the finish line!

My fingers were still frozen despite my gloves and it took me several tries to actually stop my watch. At that point, I knew I finished in either 1:53 or 1:54. Not too shabby! No watch pictures were taken because I was too cold to do anything but eat a banana and drink water post race. As soon as I stopped running, the miserable-ness hit me.

As I was heading to get some delicious free post-race goodies, I was Emily Grunninger! Emily was one of the co-chairs for the fish camp that JP and I were counselors in! I guess you could say it’s because of Emily, with the help of Debbie, that we ended up meeting in the first place! I was beyond thrilled to see her, chat and catch up a bit. While we were chatting, JP finished and found his way to us!

Once we gathered our goodies, we were out in an open space where the wind was free to torture me in all ways possible. No seriously, it was miserable. We only had to wait about 25-30 minutes after we finished before we were in the car with Kate {best SIL of the year award!}, but it felt like 1,000 hours because I was so cold. The problem was at this point, I was wet with sweat! I had one of those space blankets but with the whipping wind it didn’t help much. I was thrilled when Kate arrive and had her seat heaters on full blast for me 🙂 I’m serious about the best SIL of the year award. She may be my only one, but she’s the best. No lies. We made it back tot he hotel where I proceeded to take a scalding hot shower for probably about 30 minutes depriving my hubby from the glorious warmth. 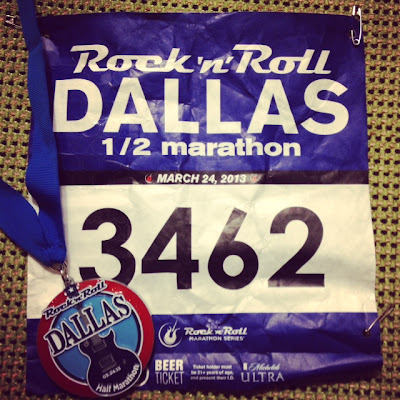 In the end, the race was fantastic. My official time was 1:53:45 which I didn’t expect at all. I’m not sure what I expected, but I suppose it makes sense. It’s 4 minutes faster than the Rhythm and Blue half which was hot and humid. I’ll take it!

I’m pretty sure this is my last distance race of the season. If someone asks me to run something else though, I’ll definitely consider it. I won’t be pushing for any PRs until probably the fall though. I love running and I want to continue to love it as much as I do now. Running in Houston summer. No fun. I’ll definitely sign up for some 5K’s and 10K’s though! Maybe I can focus on speed over distance and get some new short distance PRs! I guess we’ll see where my journey takes me 🙂

Have you run any races recently?
What’s your favorite way to exercise?