I was going to recap the expo and the race today until I realized that’s a lot of info in one post. My goal here is not to bore you or drag out this trip by any means, but I want to make sure I remember all of it! I don’t want to skip out on anything to cram more into a post. So that being said, race recap tomorrow!!!

Race expos may be one of my favorite parts of races. So many vendors and samples and fun picture opportunities. You know what I don’t like? So many people. Especially when the people running the expo don’t expect so many people! We actually got to the race expo pretty early…

Friday morning we woke up, got ready, went to breakfast and headed to the expo. We figured that going first thing Friday morning would be best and it would be less crowded. Oh boy were we wrong. Unfortunately, RunDisney wasn’t expecting nearly as many people that morning either. The lines were out of control! Luckily getting our numbers was the easy part. The lines weren’t terribly long and it wasn’t overcrowded…yet… 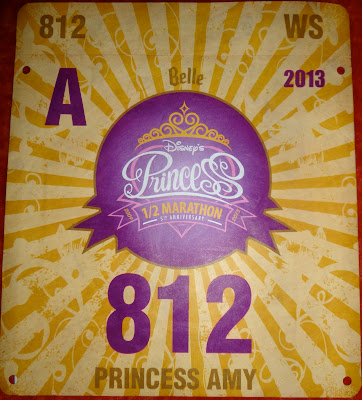 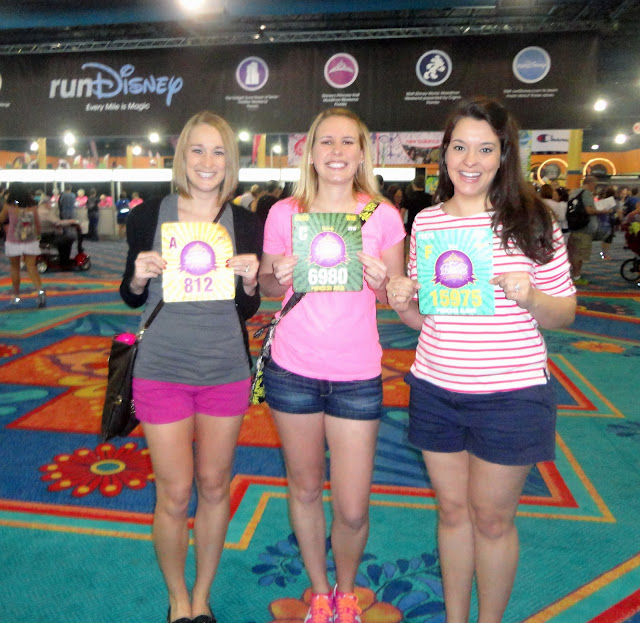 Once we got our numbers we went to get our shirts and swag bag. This is where the trouble started. They hadn’t put together enough bags for the number of people that showed up. It was crazy crowded and took nearly 20 minutes for all of us just to get our shirts. It usually takes two. Not twenty. This was NOT okay. The insanity and crowds had us kind of overwhelmed and agitated. We walked around a bit, grabbed some Luna bar samples, took pictures with the Chiquita Banana lady and were on our way. 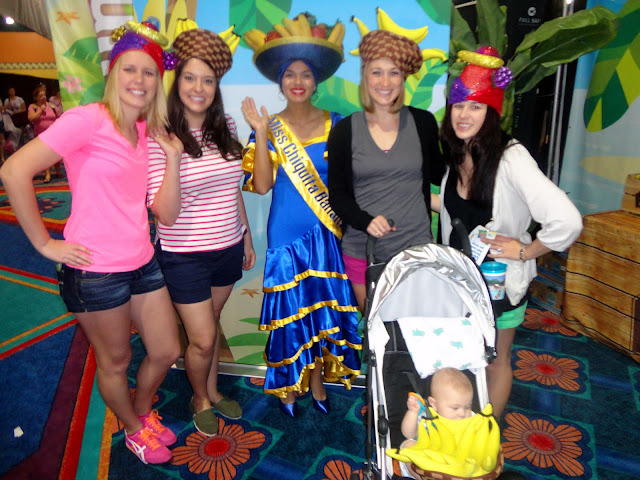 It was incredibly overwhelming and I was sad to not have enjoyed it as much as I usually would. This year, the expo was actually held at the Conference Center at Coronado Springs which was our resort! Talk about easy access 🙂 There was another event at Disney’s Wide World of Sports, so this was clearly the second best option. It may not have even been the location that clogged everything up, but who knows! 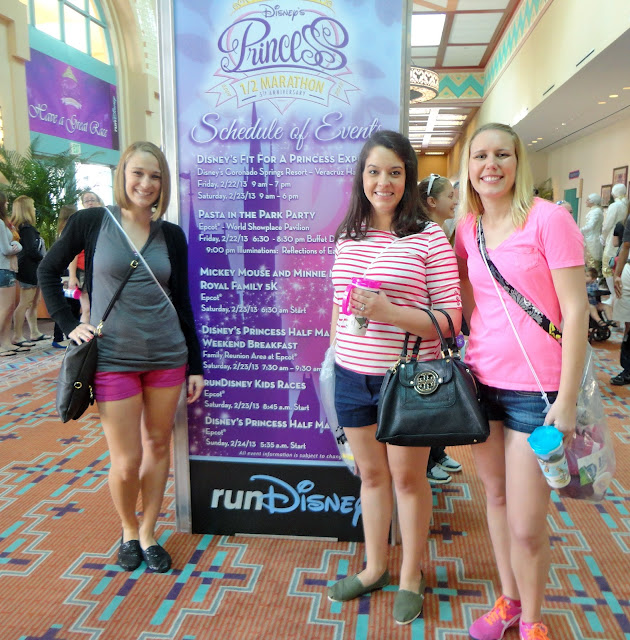 Fortunately, we were able to head back to the expo when nearly no one was there just before it officially closed on Saturday after our Universal Studios adventures. This is when I actually bought my ‘Red Queen’ shirt that I wore during the race {you’ll see it tomorrow if you haven’t already on Instagram}! The girls and I were also to get sever other picture opportunities..thank goodness 🙂 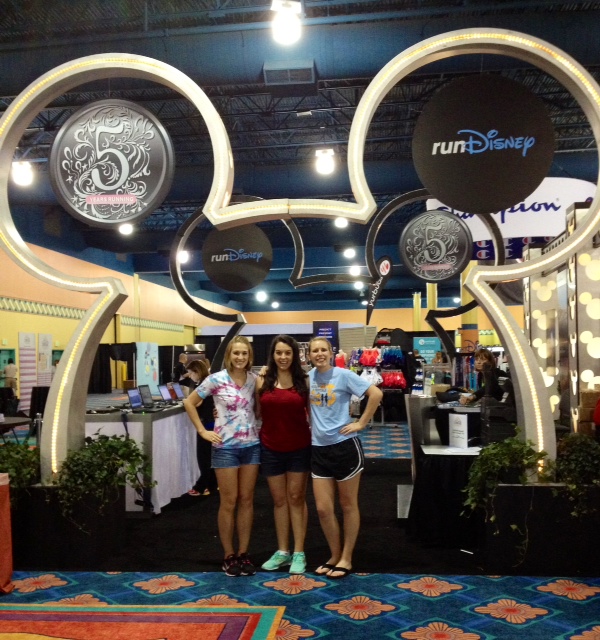 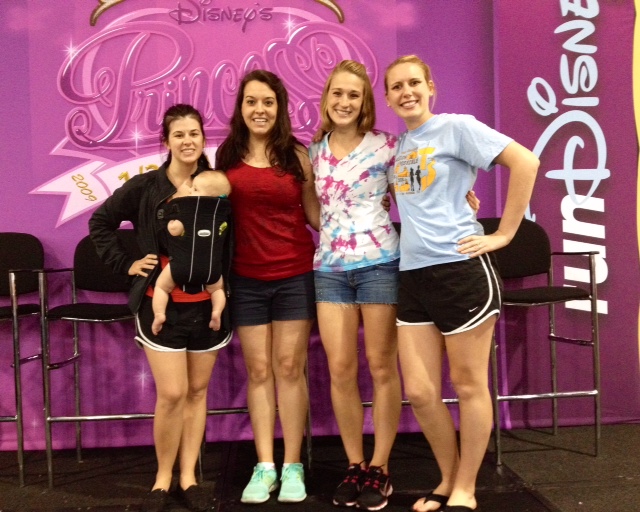 Oh and one thing we didn’t see before was this awesome huge wall with all the participants names! How cool is that? Of course we all had to find our names! Mine was way up high…see! 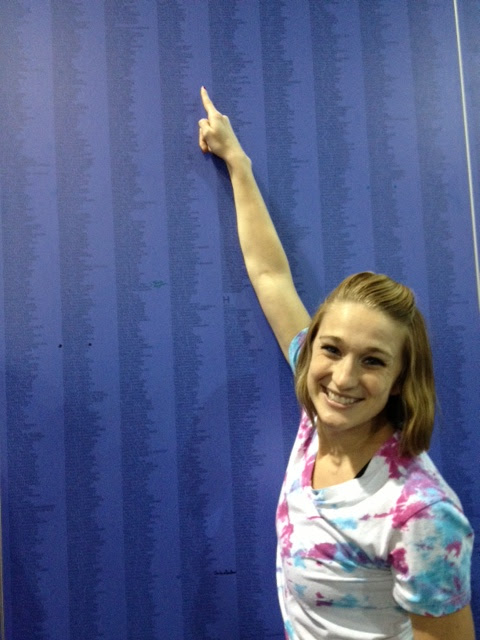 Going back to the expo was a great idea. We were able to browse without feeling stressed and confined, pick up some awesome new shirts and of course take pictures. In the end, we brought the expo around full circle since we originally showed up when it first opened then stuck around until they closed it down! You could just say we’re total party animals 🙂