Skip to Content
Amy's Balancing Act
You Are Reading
Football Friday!
0
Home Uncategorized Football Friday!
Are you ready for some football??? Last weekend was full of football for this girl! Friday, I went with the hubs and my siblings to my high school’s homecoming game! My baby brother is a freshman in high school this year and all four kids were in town, so it seemed like a great opportunity to spend some time with each other! 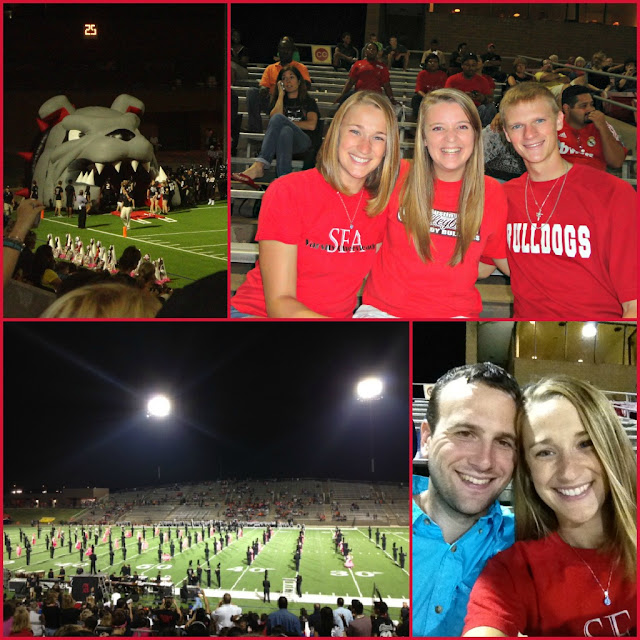 The best part is that they actually WON! Not going to lie, this was a shock to me. We only won 1 football game when I was a senior in high school cheering on our boys. Now Fort Bend Austin High School is number 1 in the district! Let’s see if they can hold on to it!
Obviously we were at the wedding on Saturday evening, but the Aggies managed to once again pull through for us and add another to the win column against Louisiana Tech!
Sunday morning we drove from Horseshoe Bay back to Houston just in time to be picked up by Dad, Em and Ben to head to Reliant Stadium for the Texans vs. Packers game! It was SO MUCH FUN! Tailgating was a blast and I couldn’t even begin to count the number of people yelled the Rodgers Discount Double Check joke at me. It was all in good sport and there were some pretty clever Texans fans. 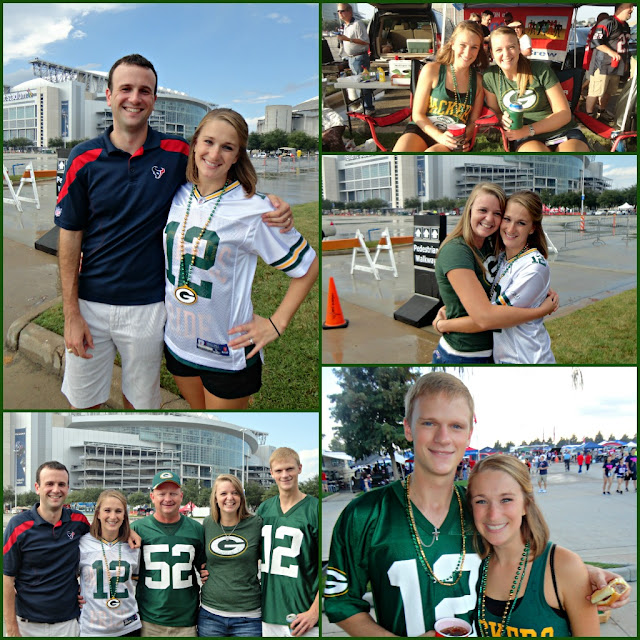 JP was a minority amongst my Green Bay Packer brainwashed family! Don’t get me wrong, we love the Texans, but only when they aren’t playing the Packers! 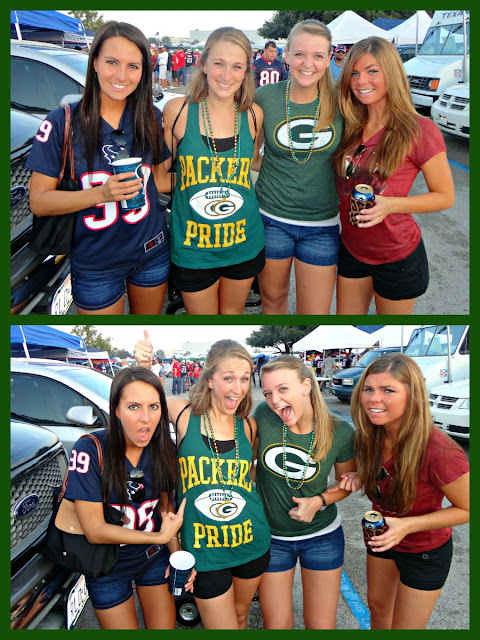 While we were wandering, we found Paige and Katie who were shocked to see us rooting against our hometown team. Hey, you gotta do what you gotta do! Y’all can blame Daddy Timmer for raising us as Packers fans. I mean we grew up with Cheeseheads and Packers onsies! 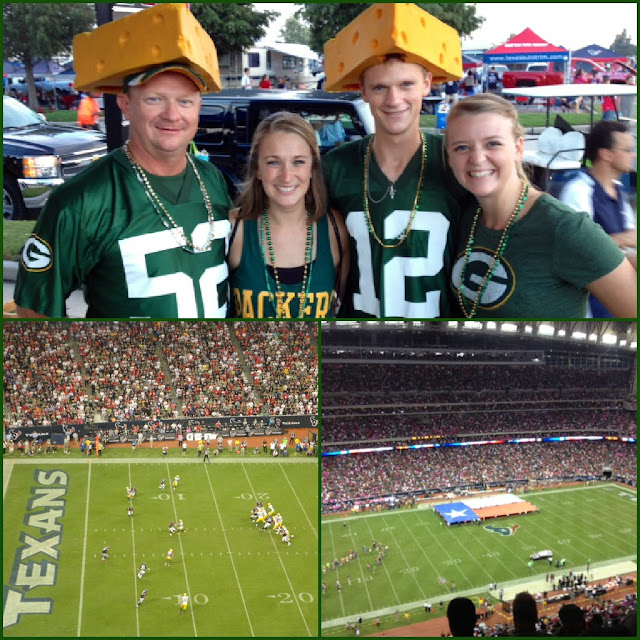 The game itself was a blast. It probably helped that the old Aaron Rodgers came to play and the Packers scored a big win! 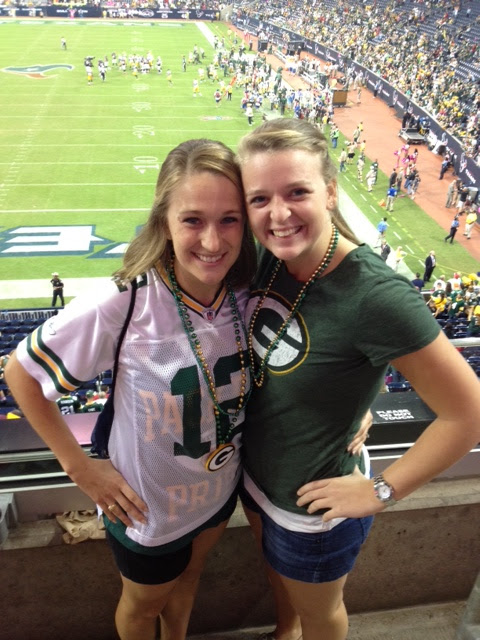 By the end of the night, we were hoarse, happy and exhausted! I love my Packers and was so excited to see them play live again this year! Here’s my recap from visiting Lambeau last fall for my birthday!
What’s your favorite NFL football team? Ever have to choose your true favorite between two teams you really love? Oh how I love football. Maybe a little too much. It’s safe to say my hubby doesn’t care!
Now I’m off to go see my little Charlie! He’s such a doll. More pictures and updates to come on him soon!