Hello from Amsterdam! I have a little down time and decided to pop in and show y’all a little bit about what’s been going on the past 5-6 days in The Netherlands!

Fun Fact: Did you know that the iamsterdam sign in the back of the Rijksmuseum was placed there in 2004 as a marketing experiment? It’s estimated that it’s photographed over 6,000 times per day! Pretty successful if you ask me. Now the iamsterdam slogan is used to market Amsterdam internationally and promote tourism. It’s clearly working! 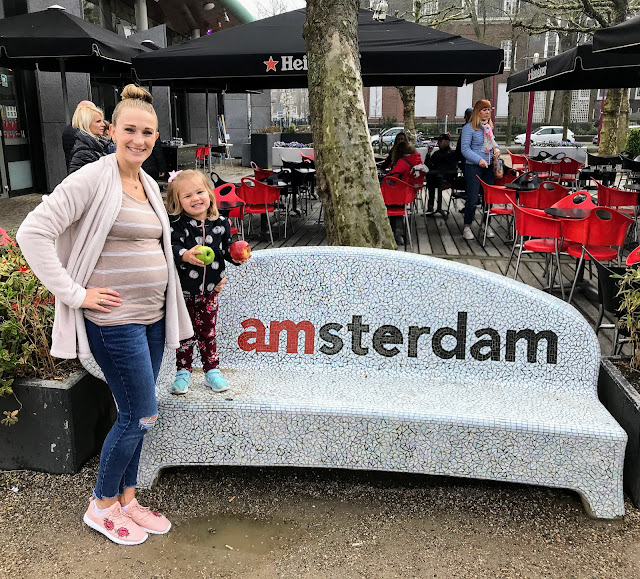 I just thought it would be fun to start with that interesting tidbit that I learned about Amsterdam! I found it while trying to figure out the exact meaning behind iamsterdam. I love to try and learn as much about a city that I’m visiting as I can while I’m there. It leads to lots of tours, questions, Googling and searching to find information. JP often laughs at how many questions I ask and how often I Google things to find out more information! 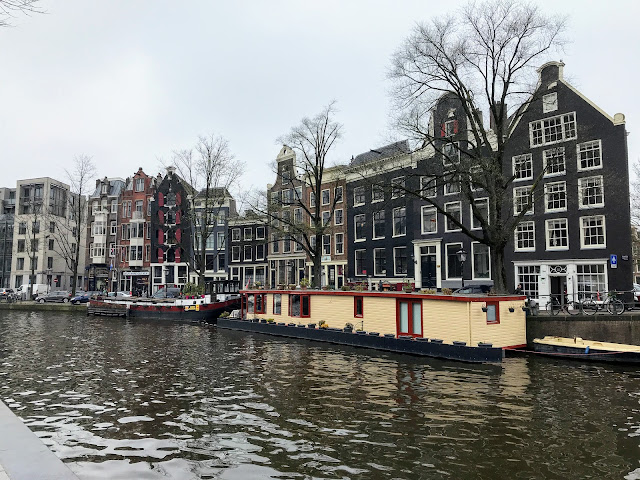 Speaking of Googling information about places I visit, today I was thinking aloud about how all of The Netherlands has these intricate canal systems. It made me wonder just why they decided to create them. I learned it was more than one reason. First, did you know that 26% of Dutch territory lies below sea level? There is a bit of a battle between the water and the cities. This is one reason for the canals, to channel the water out of the city. Since Amsterdam was built in the Middle Ages, the canals were also used as a defense mechanism around the outside of the city like a moat. As the city grew, the outer most canal was not longer used for protection, but they kept them for transportation. Goods could be pumped out of the city to ships in the harbor where they would then be traded and sold around the world. 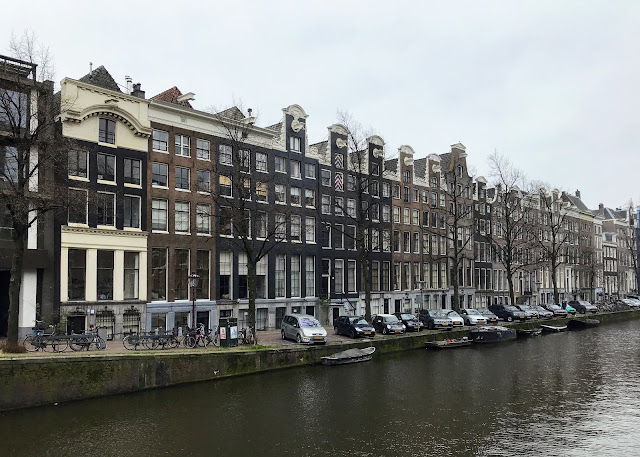 Last little fact…I swear. But this is another interesting one and goes along with the canals because I’m going to talk about windmills! 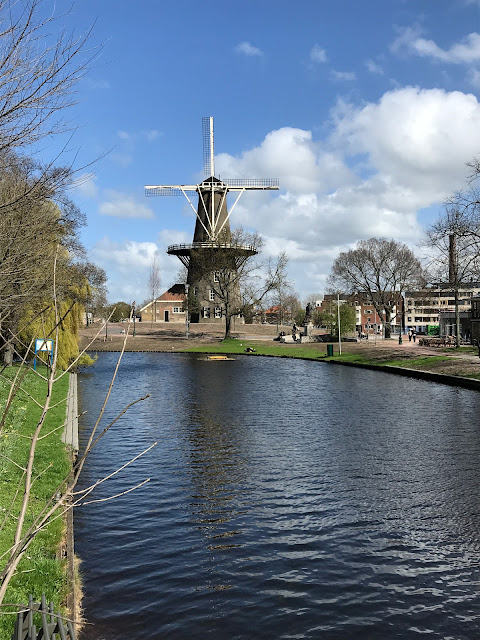 There are over 1,000 windmills in Holland and they were originally created to help pump water out of the lowlands. The first windmill in Holland dates back to 1400! See what I mean, this is related to the canals though? The water had to get pumped out somehow! Historically they were also used to cut wood, crush grain, build ships and even produce oil and mustard. The windmill I have pictured is currently functioning in Leiden. It’s now used as a Windmill History Museum and has recently been able to grind grain again. We didn’t get to go through the museum, but it did cause me to spend some time looking up all of the uses of windmills! 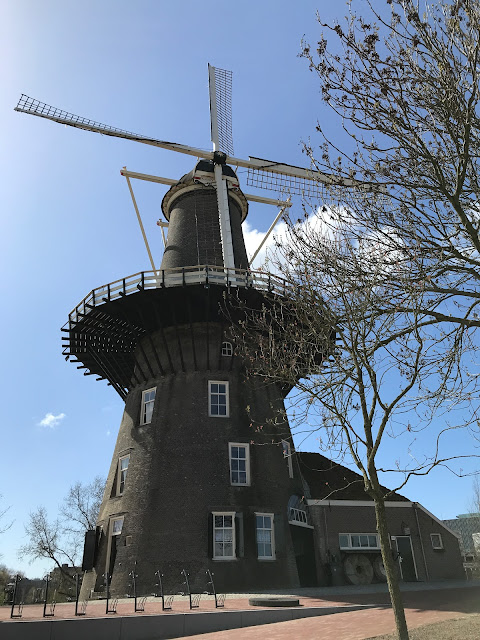 When I sat down in my hotel room to type up this post, I didn’t plan on giving y’all a history lesson on Amsterdam and it’s key features. It just kind of came to me as I began writing. I hope y’all enjoyed it and maybe learned something new on this Travel Tuesday!

We’re still going to be in Amsterdam until Friday and then we’re off to Disneyland Paris! You can keep up with our adventures of my Instagram if you’re interested. Until then, you can plan on my next bumpdate post to come later this week. Somehow I’m almost 22 weeks pregnant. Time is flying!

Have you ever been to Amsterdam? What’s your favorite part?
Do you enjoy learning everything and anything about cities that your visiting?