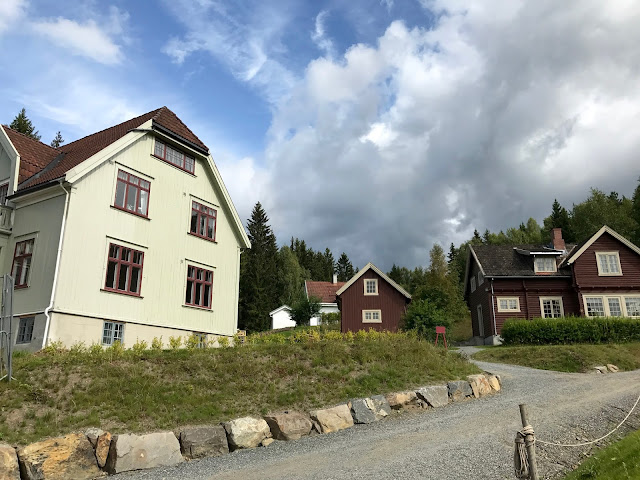 Have you ever been to or heard of an open air museum? For those of you in the States, think Colonial Williamsburg. They’re also sometimes referred to as living history museums. If you’re a history nerd like me, these are completely mesmerizing. You get to walk through towns like they were in different time periods. In some museums, there are actually people playing roles of those from that era. They never go out of character and help you immerse yourself into the culture.

During our stay in Lillehammer, we spent an afternoon exploring Maihaugen which is their open air museum! It’s the largest open air museum in Norway outside of Oslo. It holds Norwegian culture from various eras and allows you to walk back in time to see how things were. Let’s take a look at some of the most fascinating parts! 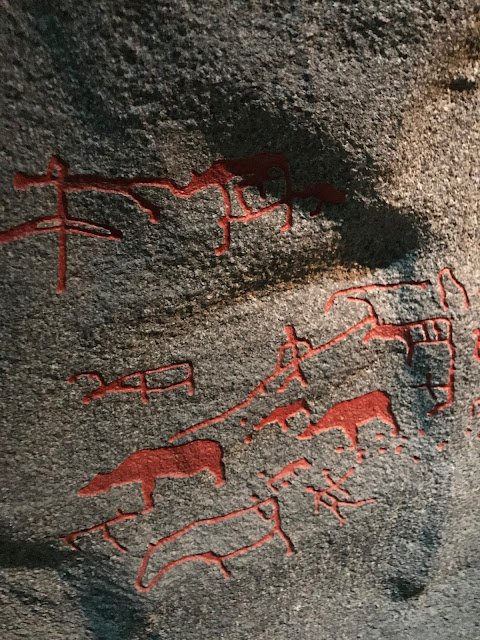 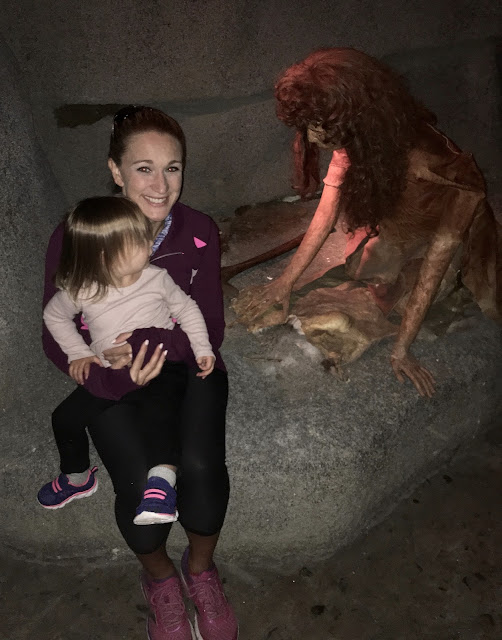 First there is an indoor walk through the history of Norway. It starts back in the stone age where humans literally left their mark in stones. {We’ve seen some of these marking in riverbed rocks!} It then takes you through Vikings, the bubonic plague, merging countries, the Industrial Revolution, Norway eventually becoming its own country, and more. 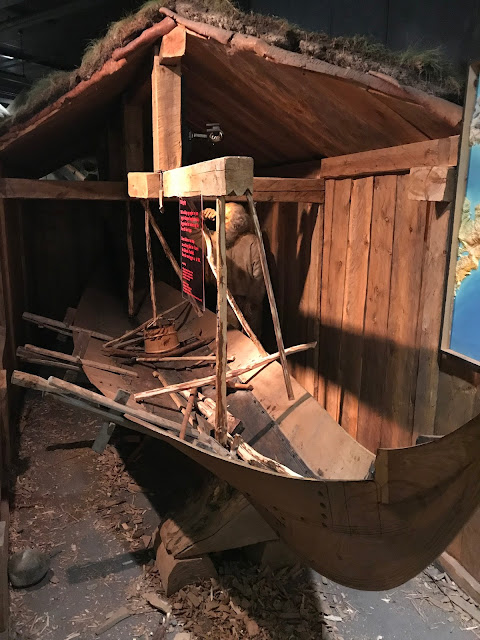 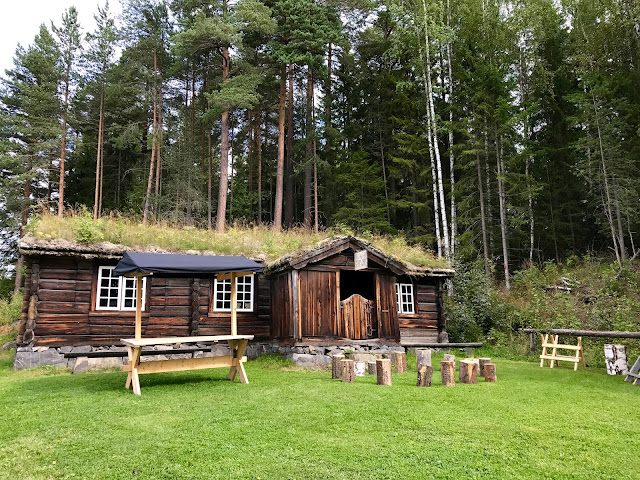 After the history walk through, you head outside! First you come upon a village of houses. Each house is from a different decade in the 1900’s. There is also a town set up after the early 1900’s. Emily and I wandered into one of the buildings and stayed for quite a while. In fact, they eventually came looking for us, but we were having too much fun. Let me show you why… 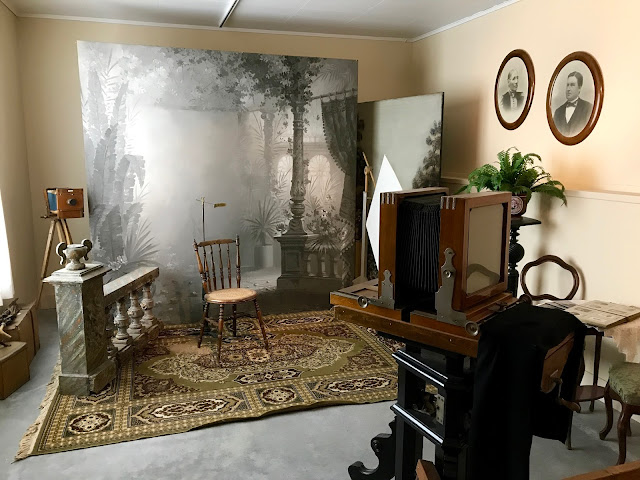 They had a photo backdrop like it would be in the early 1900’s with props for you to take pictures! It was such a blast. I still can’t believe that no one else wanted to come play with us! 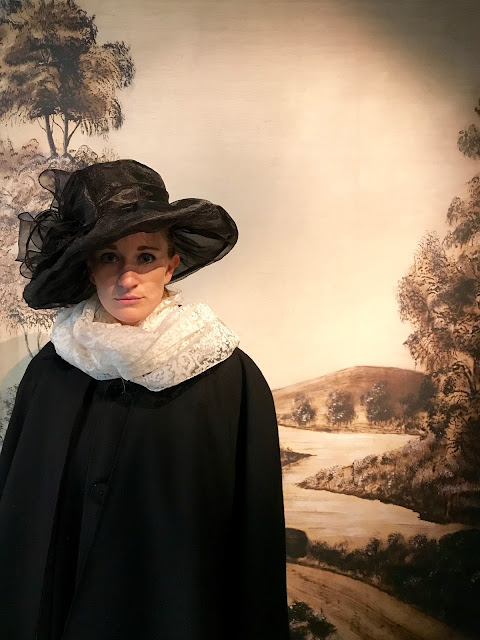 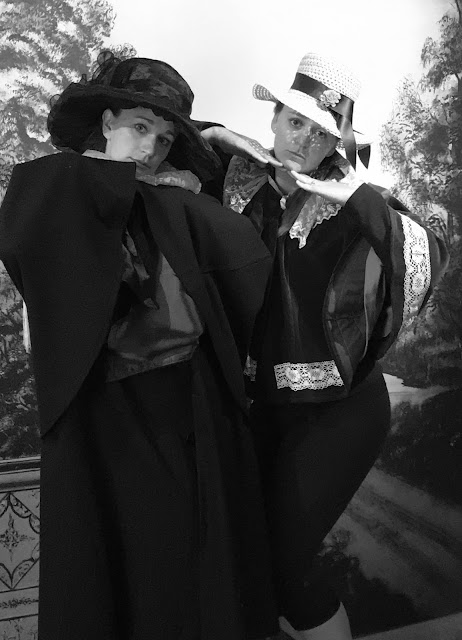 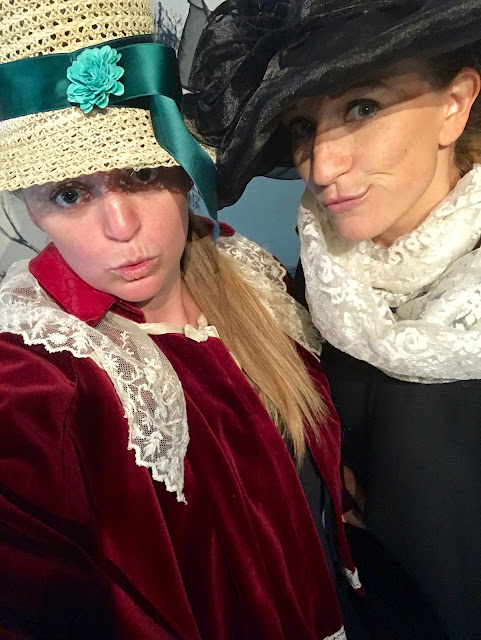 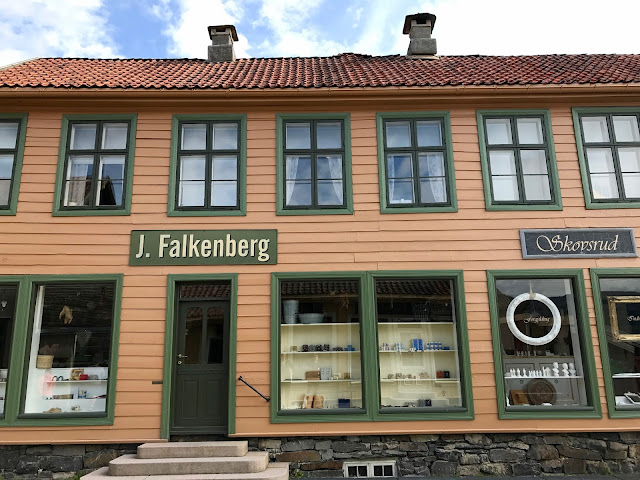 We continued walking around town and eventually came to an old train! This time Meena and I got distracted while exploring. Again, I’m not sure why no one else was fascinated! It was so neat inside. they even had some mannequins in the mail car pretending to be hard at work. They also had the passenger cars open to explore and feel what it was like to ride in one. 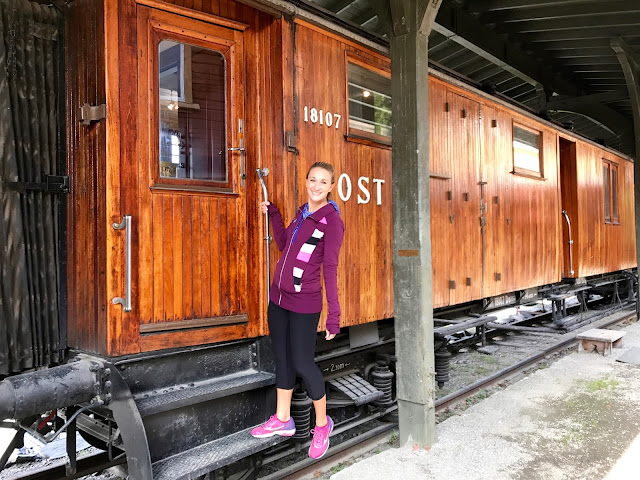 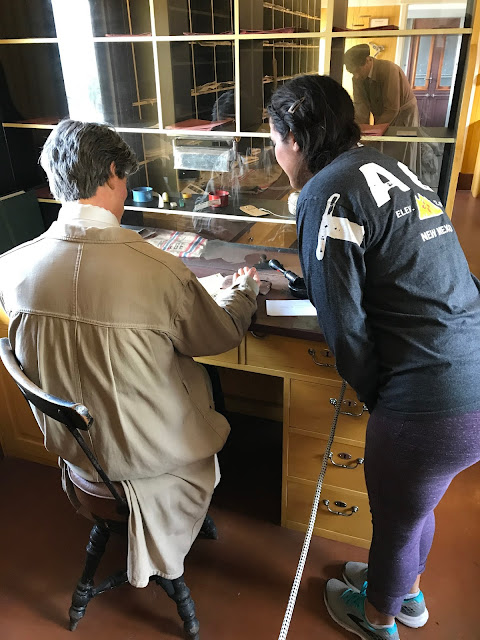 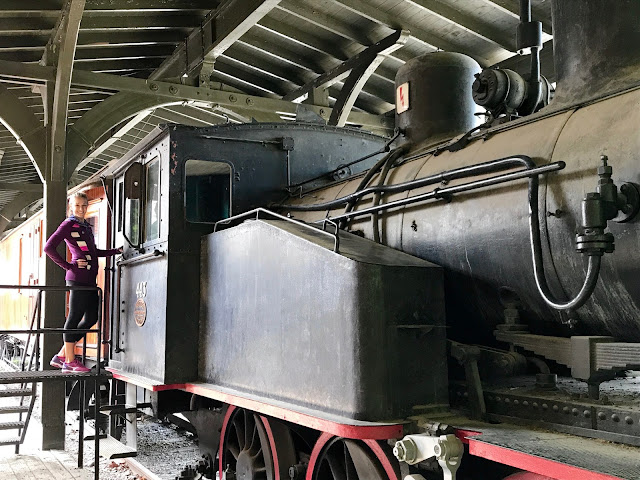 Eventually Meena and I wandered out of the train to see everyone waiting for us. This seems to be becoming a common trend for me but I don’t care. I want to see everything! Next we started looking through the homes from the different decades of the 1900s. My favorite was the home from the 1930s. There was a character baking cinnamon rolls from scratch! The entire home smelt delicious as we walked through exploring each room. 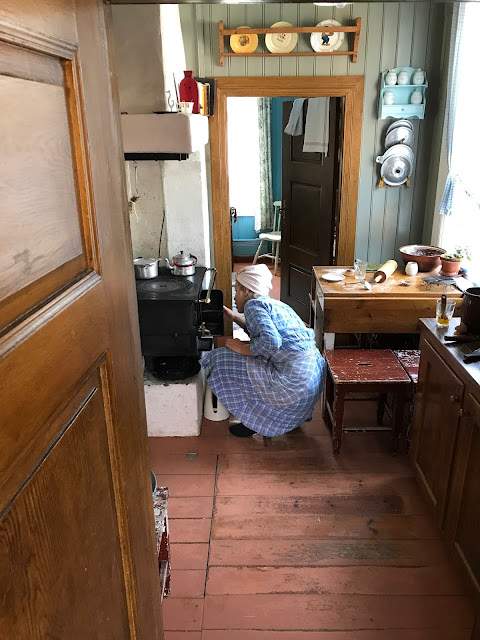 Next we started walking toward the older villages. We came across an old fishing village from the 1500-1600s. JP even found a fishing pole and decided to give it a go…unsuccessfully. 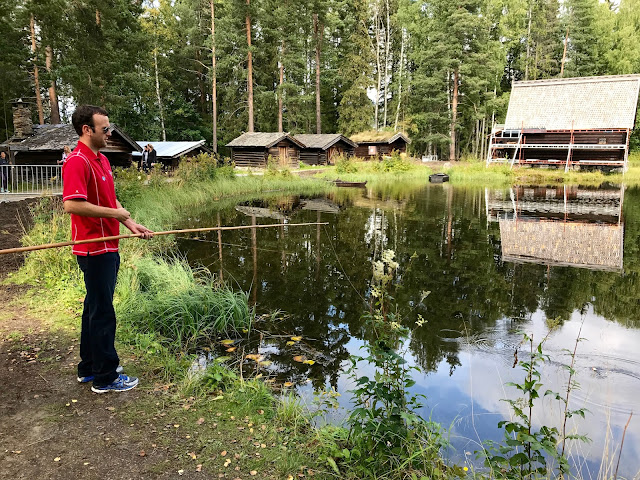 There were tons of different villages and farms from the 1500-1800’s throughout the property. The next several pictures are from one of my favorite farms, Bjørnstad, which was built in the 1700’s. 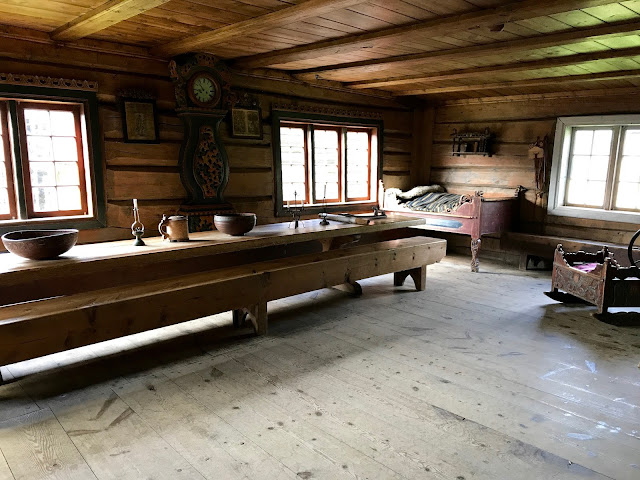 It’s so interesting how often beds were randomly located in main areas! I loved seeing the intricate details in the bigger main homes. In these cabins, there were also characters to explain the purpose of different rooms, the contents within the rooms and who lived there. I’d also like to point out that throughout the museum, there are plaques explaining the different buildings and about 90% of those have an English translation. It makes visiting the houses and cabins even more interesting knowing when and where they were built and what their purpose was. 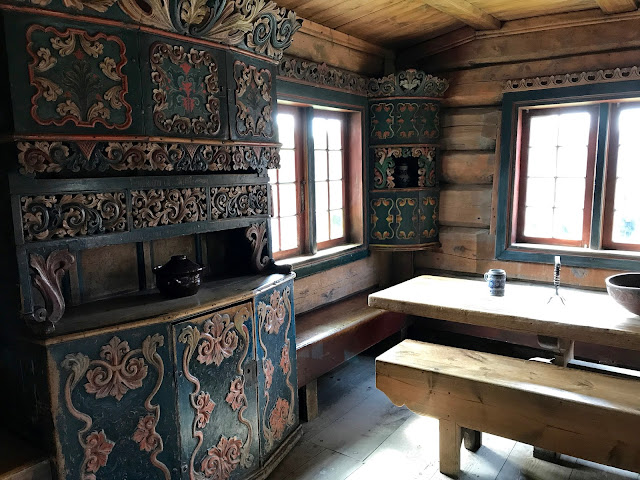 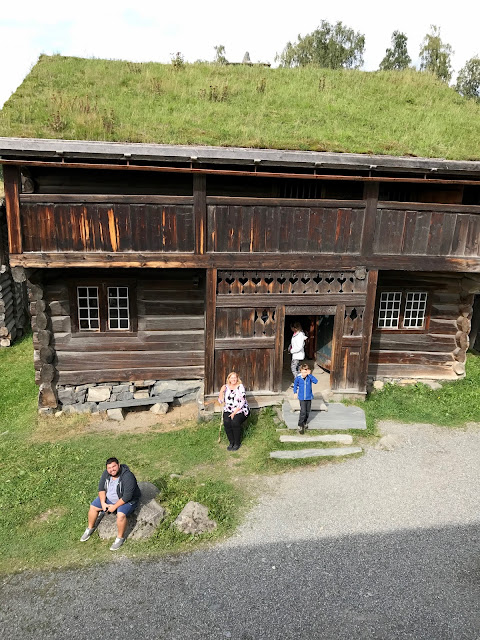 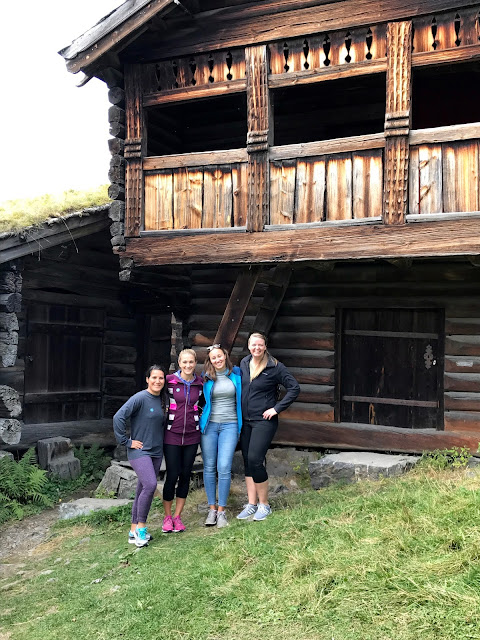 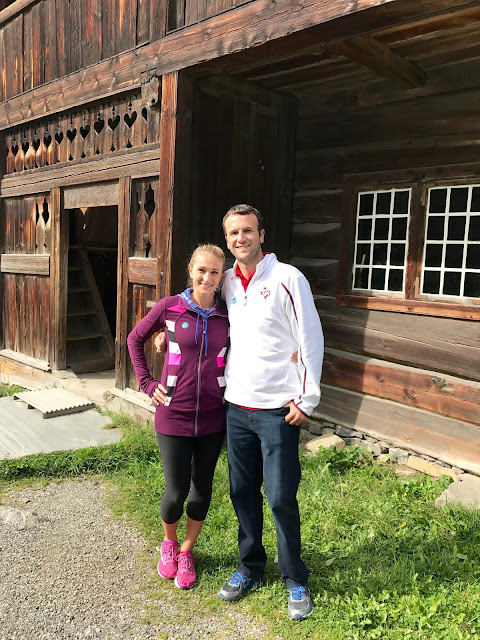 I’ll admit I don’t remember as many specifics as I’d like to about the farms, but since I’m reading the Outlander series, seeing them was so eye opening. It gives me a much better mental image when I’m reading. Nerdy I know, but if you’ve read Outlander then you know EXACTLY what I mean! 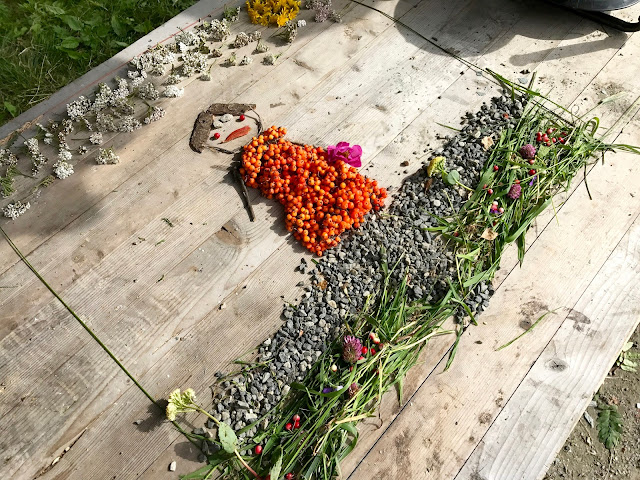 The best part of the museum was visiting the Stave church! 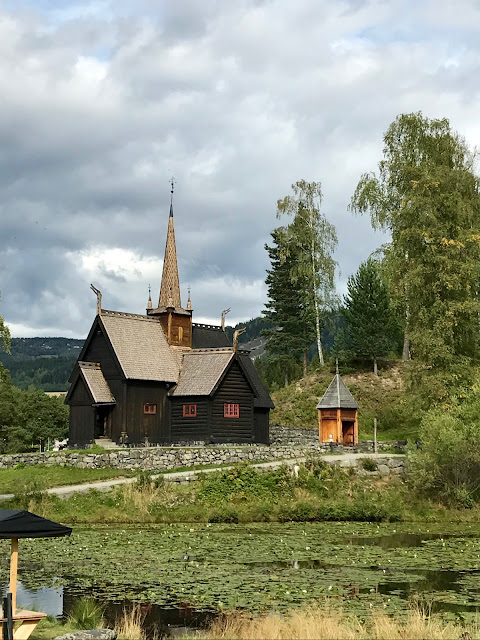 The original part of the church was built in the 1200s, but has been extended several times over the years. The last extension was in 1730. It was dismantled in 1880 and reassembled in Maihaugen in 1921. If you’ve seen Frozen, then this style of church is what the church from the Coronation is modeled after. 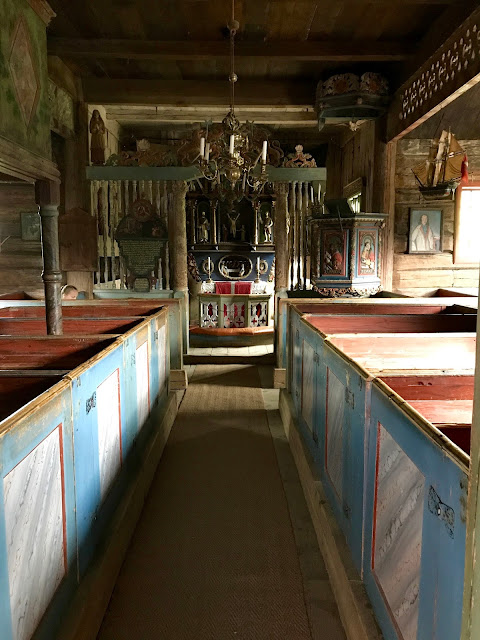 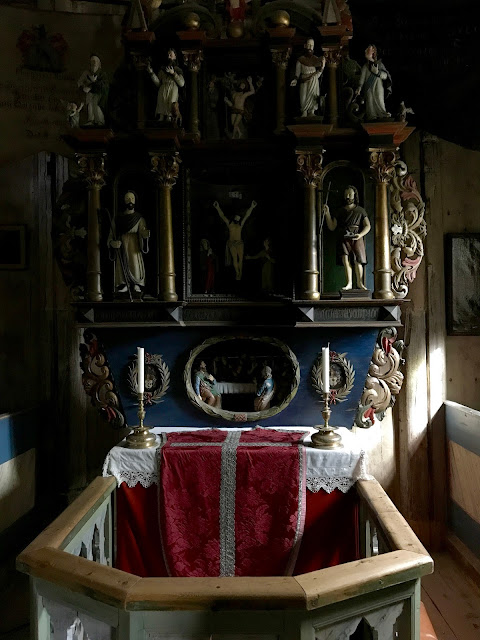 The outside is striking, but the inside is beautiful! There was another character inside the church to explain everything to us and answer all of our questions. She explained that different parts of the decor were added over the years, so you will see influences from various centuries. She also showed us the area of the church were the put the naughty children! It was hilarious since you know that would never go over well now. There was also a special area in the church’s small second floor box where patrons could pay to sit. She said they paid to sit there so they could sleep through church without anyone seeing. I love a good fun fact! 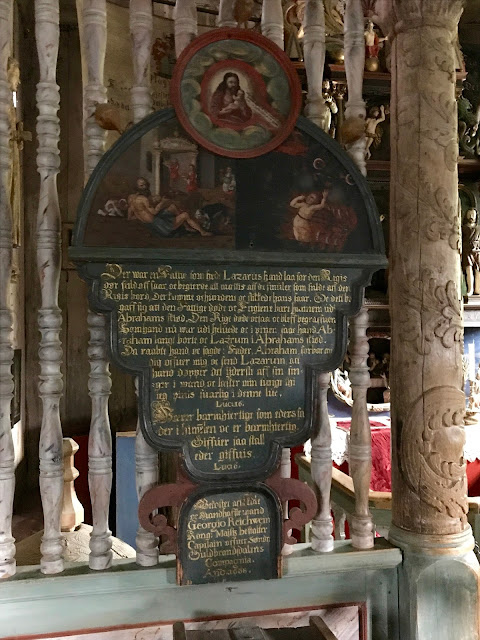 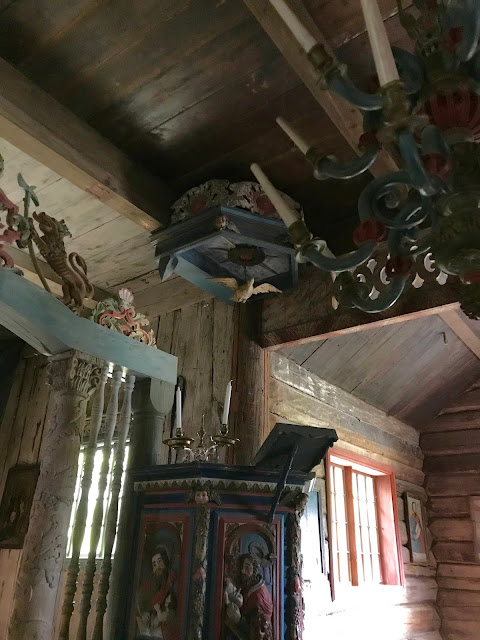 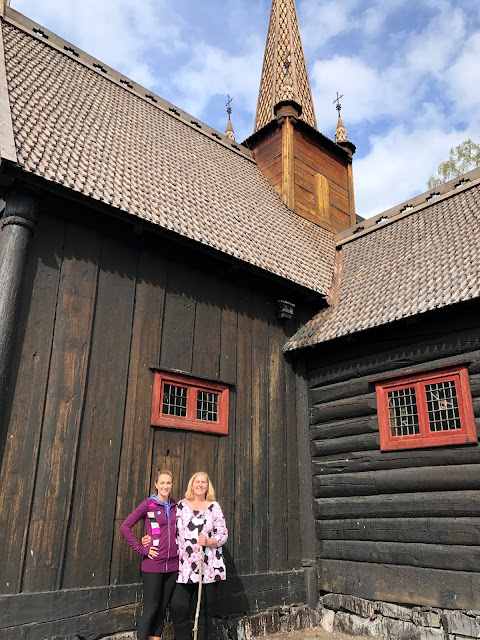 There was so much more to the museum. We probably went through a good 75% of the rural area, but it’s so large and after a while the farms start to look alike. We enjoyed walking through Maihaugen and spent several hours there. Personally I could have kept going! I’m the history nerd of the family though and just find everything interesting. I just want to know and understand more about the people that came before us, what can I say?

If you find yourself in Lillehammer, Norway, Maihaugen is a must see! You can also visit the Olympic Museum while you’re there. Click the link above to read more about Maihaugen if you’re interested in a little more history.

Y’all, this is my LAST Norway post! Now I’m still not finished with our Scandinavian Adventure. We still have to visit Stockholm and Copenhagen! Stay tuned for more adventures.