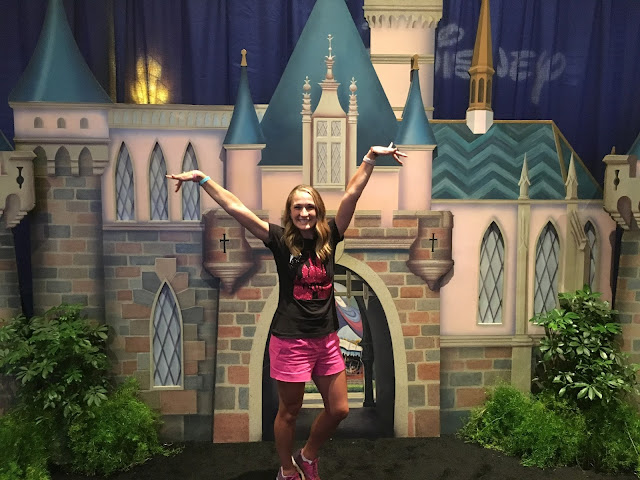 It’s me! I’m back and alive and well! We survived our whirlwind weekend at Disneyland, and I’m crazy enough to want to go back and do it all over again. We had a great experience and we’re completely exhausted. In fact, Chloe slept in until 11:15am yesterday morning! I mean, she went to bed after 10pm Monday night, but that baby can sleep. 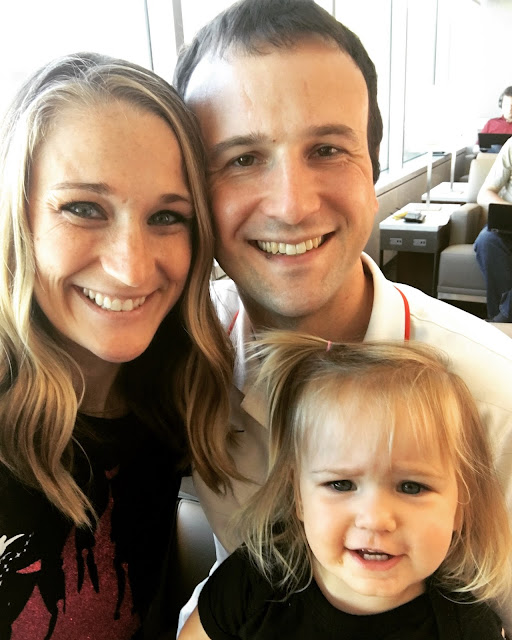 This little girl did such a great job considering just how out of her element she was all weekend. Our flight to Anaheim was great! Chloe watched Frozen, colored in her new color wonder book, read her Mickey’s Road Trip book, ate lots of ice and snuggled. She slept for about 30 minutes on the plane, not a ton, but honestly, more than I expected!

We flew into John Wayne airport which was WAYYY better than flying into LAX. It’s a much smaller airport, our bags came out instantly, and it was only a 20 minute Uber ride to our hotel. 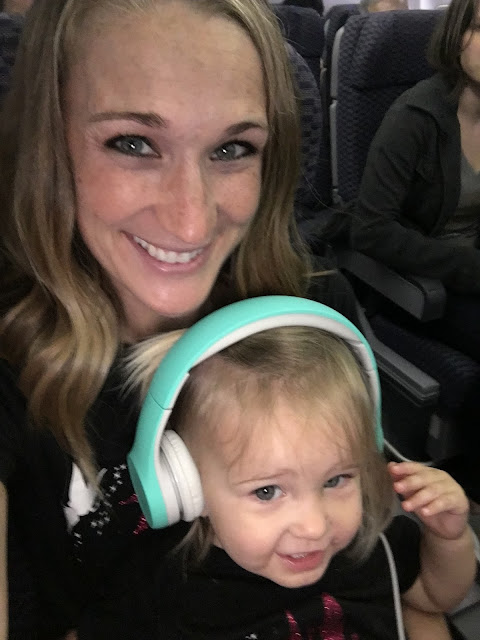 After getting settled at the hotel, we hopped on the ART {Anaheim Resort Transit} bus to head to Downtown Disney! Since I was running the Tinkerbell half, transportation was free for the weekend. That saved us $15 per person! Not a ton, but ever dollar saved counts if you ask me. We were able to use the bus very easily all weekend. The only time we decided to walk {we were just over a mile away from the parks} was the morning after the race because traffic was terrible because of road closures from the race! 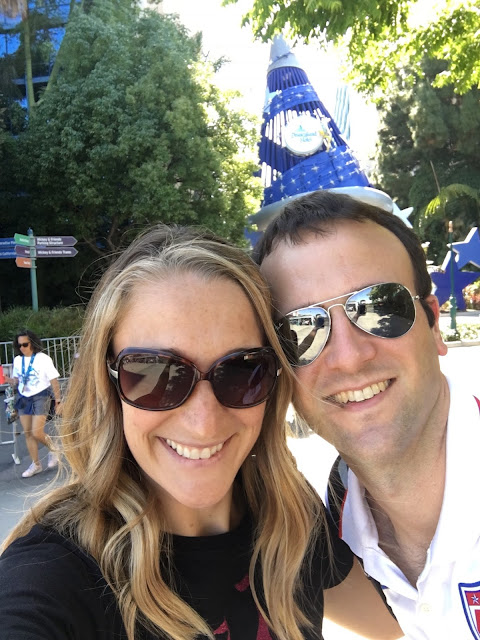 We walked through Downtown Disney and headed straight to the Disneyland Hotel to visit the race expo. I’m glad the expo was there because I wouldn’t have gotten to see the hotel if it wasn’t! Walking by the pool was awesome {It’s monorail themed with half a dozen separate smaller pools. Super cool!} and we got to stop by Trader Sam’s Tiki Bar. The actual expo itself was in the basement and the ballroom. It was definitely smaller than the expo at Disney World, but still bigger than I expected! 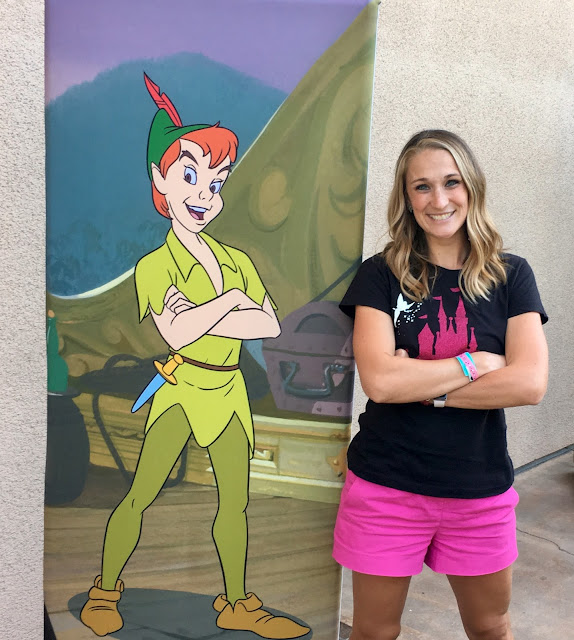 We picked up my bib and race packet, snapped some pictures, walked around browsing the shops and picking up freebies. Chloe started getting fussy and tired, so we decided to head back out to Downtown Disney hoping that she may fall asleep in her stroller. It didn’t happen. Of course it didn’t happen. 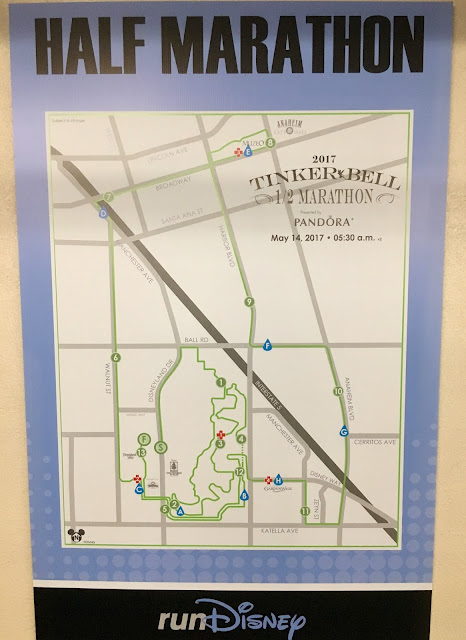 Instead we had to just keep that little girl going and entertained to get through the rest of the day! We played in the World of Disney Store where Chloe found lots of things to love! She was obsessed with the Tigger and Dumbo stuffed animals which is hilarious because she doesn’t really know who they are! Well, she knows Tigger some from Disney Junior and Dumbo from the ride. Pretty much she just loves animals so much. We were able to escape without buying one because this momma had a trick up her sleeve! I bought a brand new, tags still on Minnie Mouse from a resale shop for only $10 that I was able to give to her when we got there. Minnie is one of her favorites, so I knew it would be a hit. 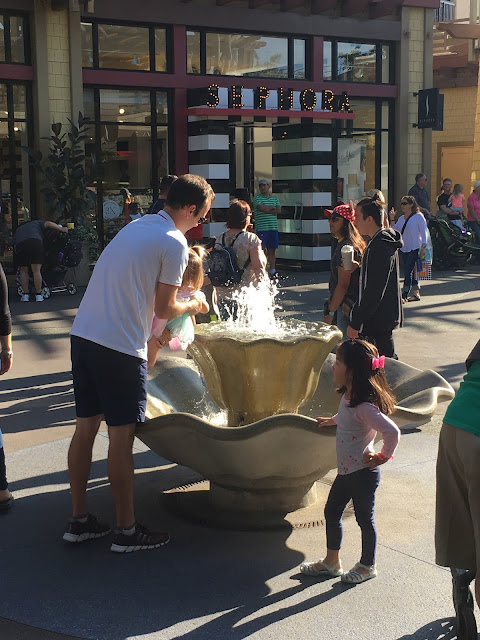 We had dinner at Naples Ristorante e Pizzeria which was delicious! We started with the fried calamari and then shared a pizza. They let you split the pizza with two different toppings which is perfect for JP and me because we like totally different things. We had a really awesome waiter that played with Chloe, gave her stickers and tried to tell her jokes even though she’s too young for them.
It was an overwhelming, but fun first day in California. The time change definitely rocked our world a little bit, so we decided to call it a day kind of early. We were all in bed by about 8:30, which was 10:30pm at home…in our defense! Plus we had an early morning Saturday. We were starting Chloe’s Disney adventure off right by having breakfast with Minnie and friends! 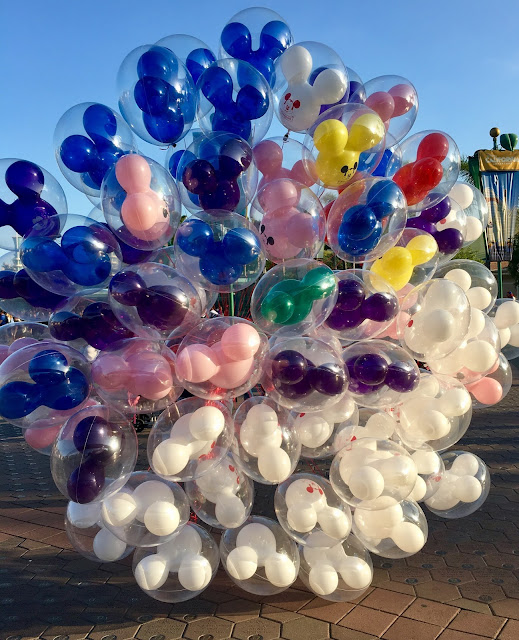 Stick around for more of our Disneyland adventures! Next up is our full, fun day at Disneyland Park!