Ahhh Monday we meet again. Monday seems like a good day to just catch up. So everyone grab a cup of coffee and let’s chat about what’s been up lately.

…watching Gilmore Girls, The Magicians and Mickey Mouse Clubhouse. Yes, MMC all the time. Chloe is obsessed with MicMe and Mimme. She wakes up talking about them. It’s kind of hilarious and annoying all at the same time. JP and I are watching The Magicians together. I’ve read the books and JP is working his way through the first one. It’s WAYYYY different than the books, but we’re still into it. Gilmore Girls needs no explanation, but for the record, I decided to watch it in order from start to finish. I just started season 6 and man I love this show.

…running a few days a week to prep for the Tinkerbell half marathon! I ran 9 miles last Friday and have 10-11 on the docket for this coming weekend. This weekend’s run was amazing! It was in the mid 50’s which rarely happens this time of year. I may even get good weather for next weekend. Crossing my fingers that the weathermen aren’t lying. I’m looking forward to running a race in California where the weather is pretty nice year round. Speaking of which, now that it’s April I can say that I’m going to Disneyland next month! 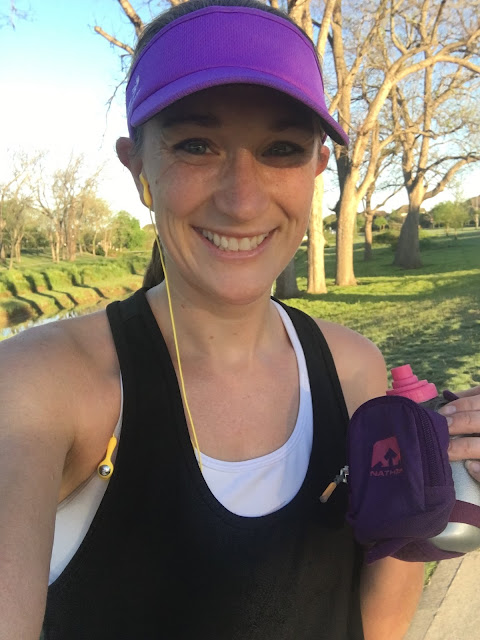 …working at the gym once a week. I’m still at my gym downtown and I can’t imagine parting ways. I drive 40 minutes both ways to do payroll, hangout and teach two classes. It’s the people that make it totally worth it. These days I’m teaching cycle and Tabata which is a high intensity interval training class for those of you that are curious. Here’s a Tabata style work out that doesn’t require any weights that I shared back in 2015!

…feeling kind of bleh. I don’t know why, but I’ve just been tired a lot and kind of out of it. Chloe has actually been the same way. She sleeps in until 9-10am and takes at least a 2 hour nap in the afternoons. It’s helpful for me to get things done or to just sit and watch Gilmore Girls which is what I’m doing right now. I have an appointment with my allergist tomorrow morning. I’m going to get retested for allergens tomorrow since I’ve been feeling so crappy. I’m hoping that has something to do with all of this. It would be a quick fix at least!

…eating kind of like crap. JP and I are going to focus on eating healthy this week. No sweets, lots of veggies. The crappy eating could also have something to do with the bleh feeling mentioned above! Tonight’s dinner plans are BBQ pork chops with roasted broccoli and sweet potatoes. No more cupcakes, brownies and cookies for this girl. Until Easter at least. For the record, the lemon cupcake from Crave pictured below was divine. 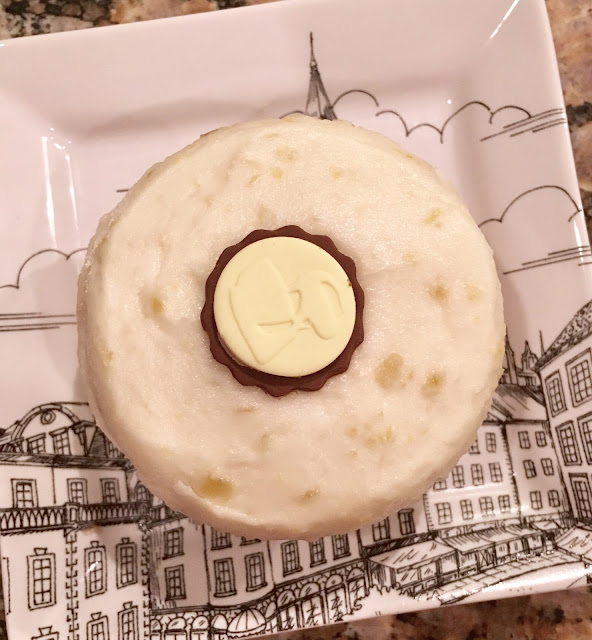 …reading The Outlander series! I’m on the 4th book and it’s starting to take me a little bit longer than the first 3 to get through. I’m not sure if I’m reading less or if I’m less interested. I may take a break to read Pretty Little Lies and then go back to it.

…playing with my best girl everyday! We’re still doing gymnastics at The Little Gym and we’re going to start swim lessons pretty soon. She’s a daredevil in the pool and we need to refine her skills a bit. Jumping aimlessly into a pool hoping that someone will catch her isn’t going to work for this momma. She knows how to go underwater, hold her breath, float on her back and climb up onto the steps by herself. Now we need to work on putting everything together again. Until then, we’re still at gymnastics! She moved up to the Beast class last week. Now she’s the youngest and running around with the big kids. She looks so tiny and I’m obsessed with her. 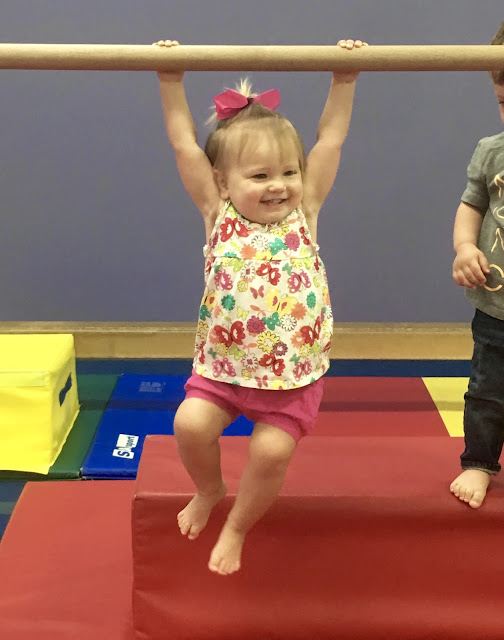 So that’s pretty much what’s been up lately. Nothing crazy exciting, but life is good. Really good. I’m looking forward to a fairly chill month of April because after April, it’s going to get a little crazy around here! Now time to tackle Monday. It’s on!