Hi! You may not remember me. It’s kind of been a while. I promise I have a good reason that I plan on sharing with y’all super soon! In case you forgot me, time for a reintroduction…Hi, I’m Amy! I love all things pink and sparkly, running, anything Disney, drinking wine and playing with my baby girl and pups. Okay great. Now that we’ve got that out of the way, let’s rewind a bit…

I spent September, October, November and the beginning of December traveling around the world. Literally. I went to Orlando, Cancun, London, College Station and Green Bay. On top of that, I’ve been busy with something else super exciting that I’m just not ready to share yet. I knew that I had a lot going on, so I needed to step away from my blog for just a bit. I’m still busy and I’m not sure how much I’ll be here through the end of the year, but I know I’ll be back at it come January!

Now it’s time to share about my family adventure to Green Bay, WI to watch the Packers! 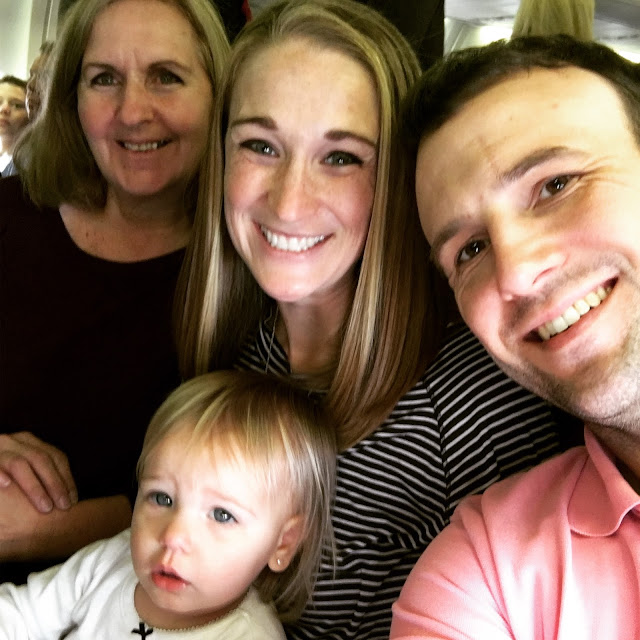 We had a group of 16 people total, but we all came in separate groups with slightly different plans for the first few days. Mom, JP, Chloe and I flew into Chicago together and met up with my daddy at baggage claim on Friday afternoon. Then we drove up to my aunt and uncles house to spend some time with my dad’s brother and his family. 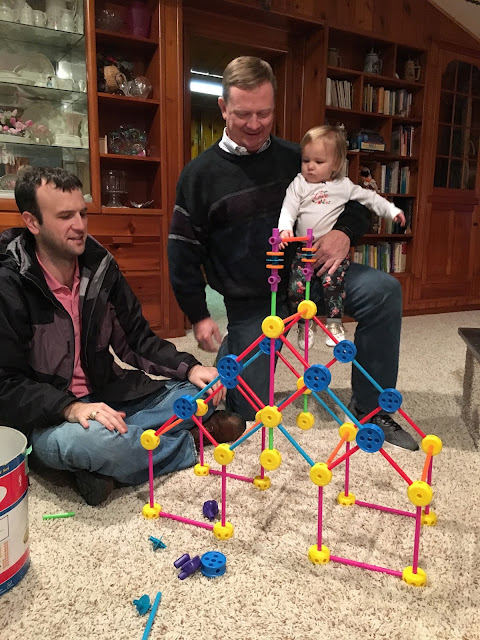 Saturday morning we got up and moving fairly early and headed out to Green Bay. It was about a 3 hour drive from Rockford, so not bad at all! 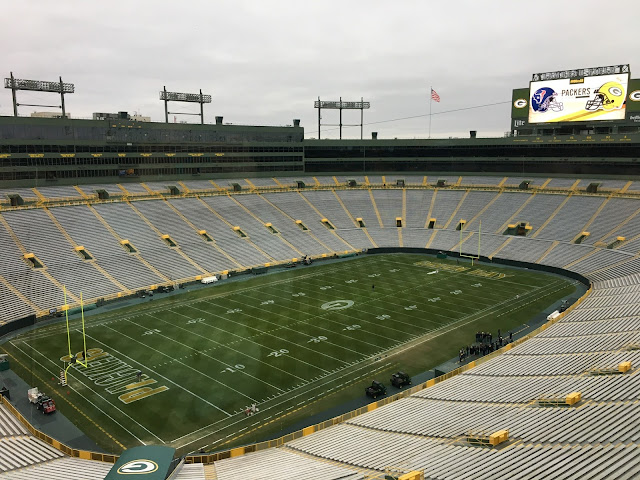 We got there and met up with my sister and her group {Matt, Meena, John & Kelsey} at the stadium. They did their stadium tour in the morning while ours was in the afternoon. Before our tour, the rest of our crew joined us {Mr. Buddy, Tanner, Tate and TJ and my Uncle Mike and Aunt Jo!}. We spent most of the day exploring the stadium, touring and visiting the Packers Hall of Fame Museum! 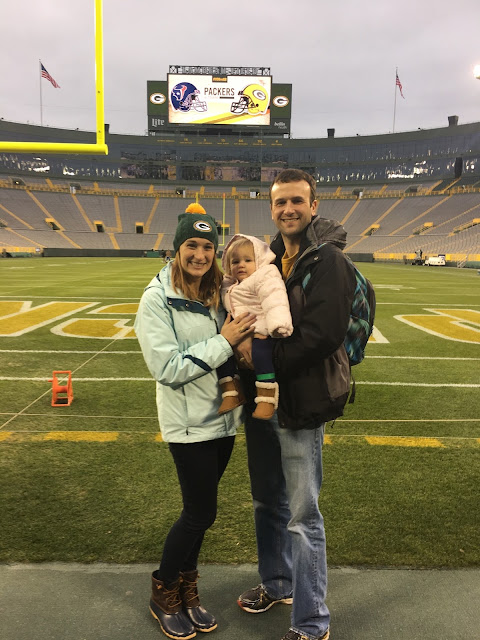 The Hall of Fame Museum is really awesome because they have lots of interactive exhibits. I was able to try on Brett Favre sized shoulder pads, look at all the different jerseys from Packers past, see Lombardi trophies and championship rings and so much more. 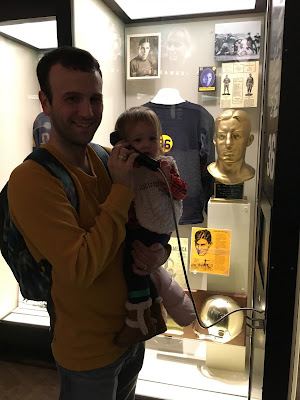 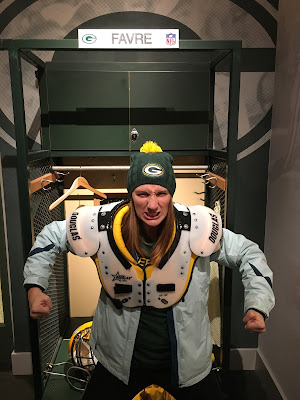 Sunday was game day…against the Texans! Naturally being from Houston, you may assume that we were there to see the Texans play. Not quite. If you’ve been around here long enough, you may already know that I am a born and raised Packers fan thanks to my dad. He even took me to Green Bay from my birthday 5 years ago. 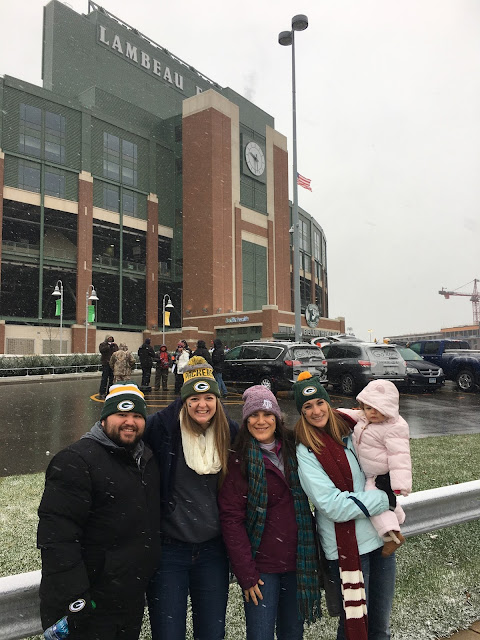 My husband on the other hand was decked out in his warmest Texans gear that he owns. We put a Packers sticker on one of Chloe’s cheeks and a Texans sticker on the other. It seemed only right since we’re a house divided! Just for one game every 4 years. I love the Texans as long as they aren’t playing the Packers of course. 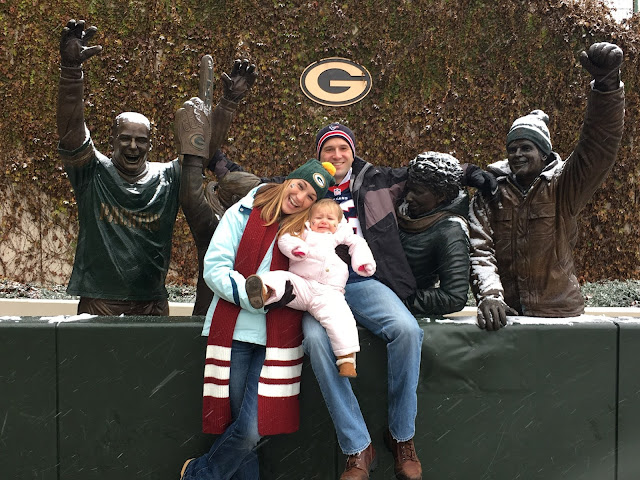 We got out to start tailgating around 9:00am. We met up with a friend of John’s whose dad had an awesome tailgating set up. Everyone was so friendly and willing to share with us! About halfway through, Chloe needed a nap, so we bundled her up and laid her down in the front seat of someone’s car! 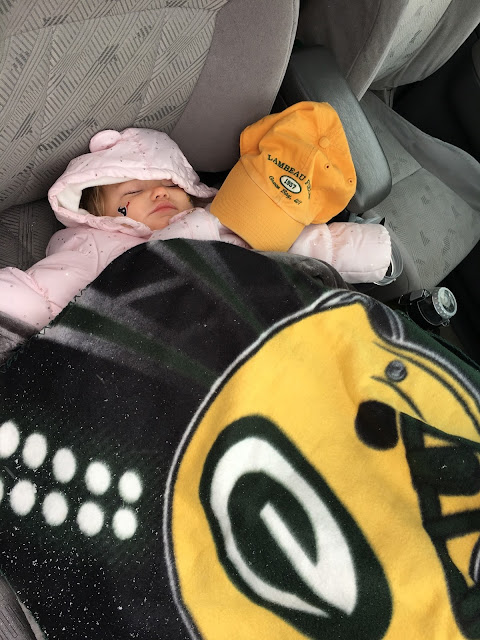 While we were there, I got to see the Borques who I’ve known since I was 14! It’s been years since I’ve seen them, so what are the odds that I’d be spending some time with them in Green Bay?! 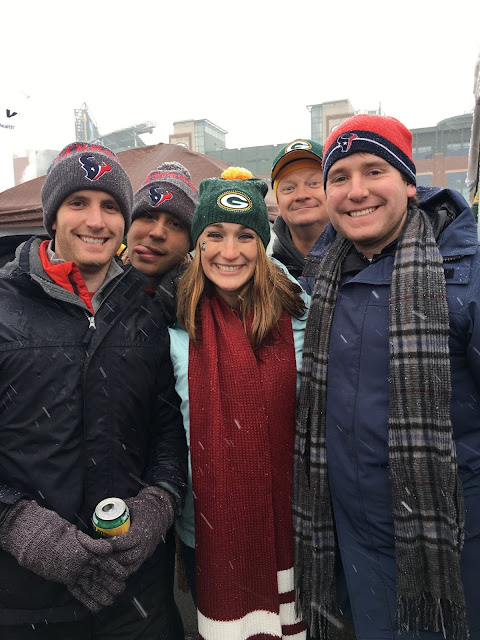 After a few hours of tailgating, we were ready to head into the stadium! But first, proof that there were 16 of us and we all managed to get together for at least one picture! 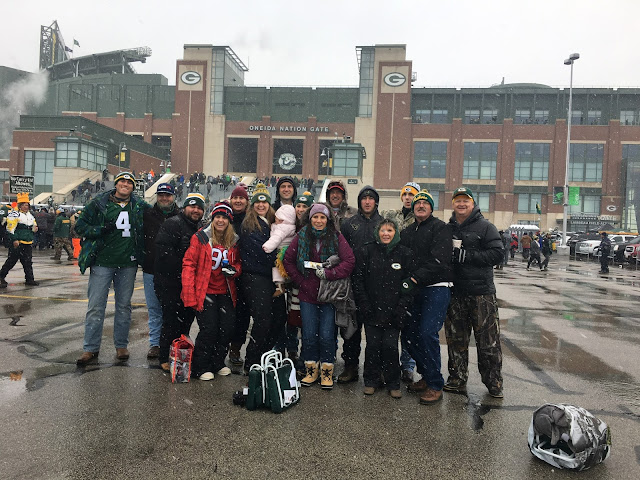 The game was awesome and a once in a lifetime experience. It snowed during the whole game! They don’t call it the Frozen Tundra for nothin’. The fans we sat near were so fun while also made the game great. The wind was whirling, snow was falling and the Packers came through with a win! Thanks to our many layers and some hand and toe warmers we stayed fairly comfortable. The best idea I had was bringing several pairs of gloves to switch out as one pair got wet from melted snow or sweat from the hand warmers! JP and I took turns taking Chloe inside the atrium. She did such a great job at her very first football game! I would say that she saw about half of the game and didn’t fuss or whine much at all. 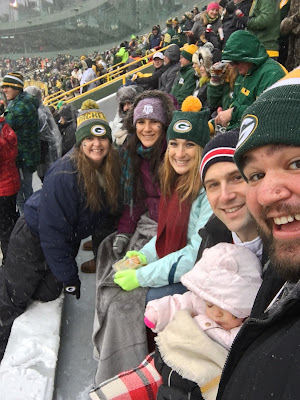 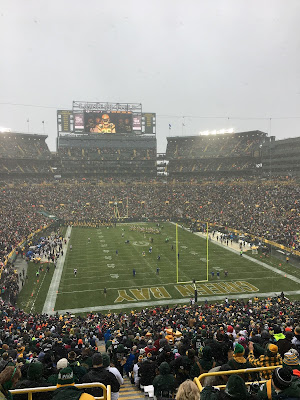 After the game, we were able to walk over to my parents’ hotel to warm up and hang out in the lobby before heading to dinner. Since it was a beautiful winter wonderland outside, we had to snap some pictures. 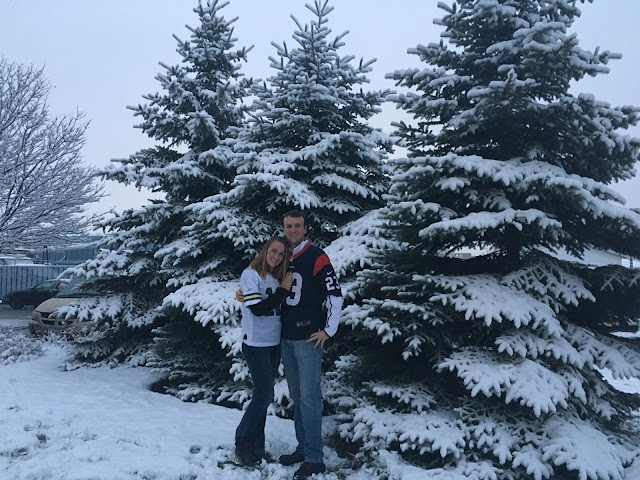 We didn’t head back to Chicago until Monday afternoon. We decided to go back up to the stadium for another look through the Packers store where I’m pretty sure everyone got something else to remember the experience. Chloe’s Nonna and Grandpa bought her a Packers cheerleader Barbie in a backpack that she wouldn’t part with. She’s a lucky girl!

Overall it was an awesome trip. The Texans won’t be playing in Green Bay for another 8 years and we were able to see our favorite teams play each other! Pretty cool if you ask me.