Happy September! Ahhhh I can’t believe it’s Friday and the first official Friday of football season! As the daughter of a huge sports fan and the wife of an even bigger sports fanatic, not to mention a former cheerleader, I love football. I went to a big football school and married into a family full of Aggies! We love going to College Station for football weekends. We get to spend time with our family, in our college town and just have fun! I’m so so excited for my favorite time of year. Let’s count all the reasons it’s the best. 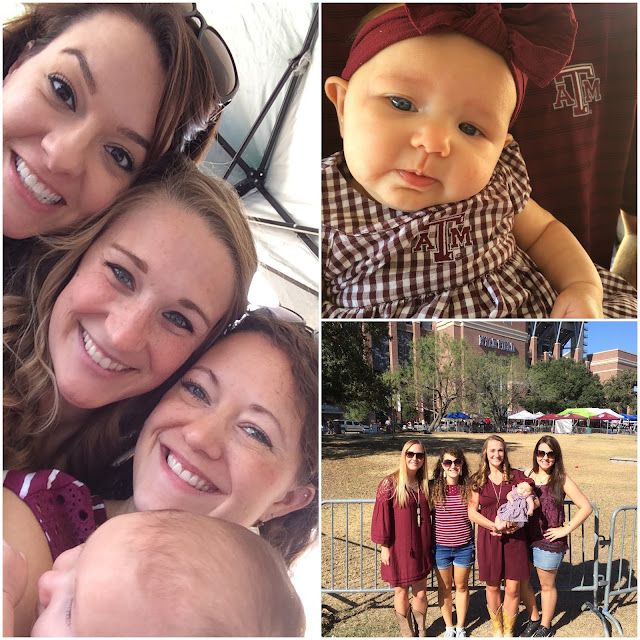 We love a good tailgate in Spence Park! We grill out, play washers, talk too much and get excited for the game. I can’t think of a tailgate that I didn’t enjoy! This year we’ll be tailgating some out at Spence, but mostly we’re going to tailgate at my in laws house. They throw an awesome party plus they have air conditioning and toilets that flush. 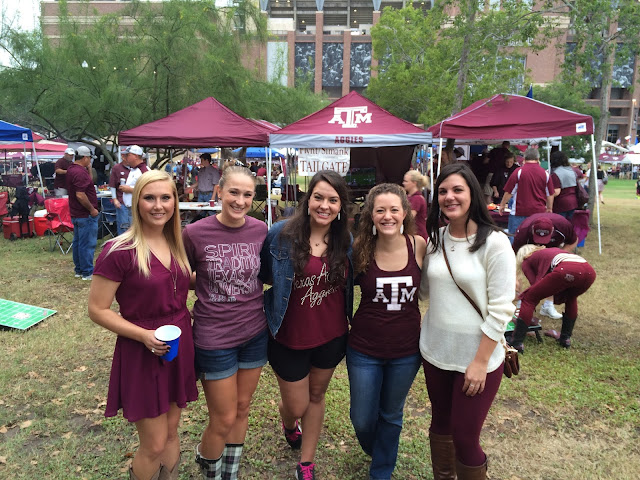 two. time with our best friends 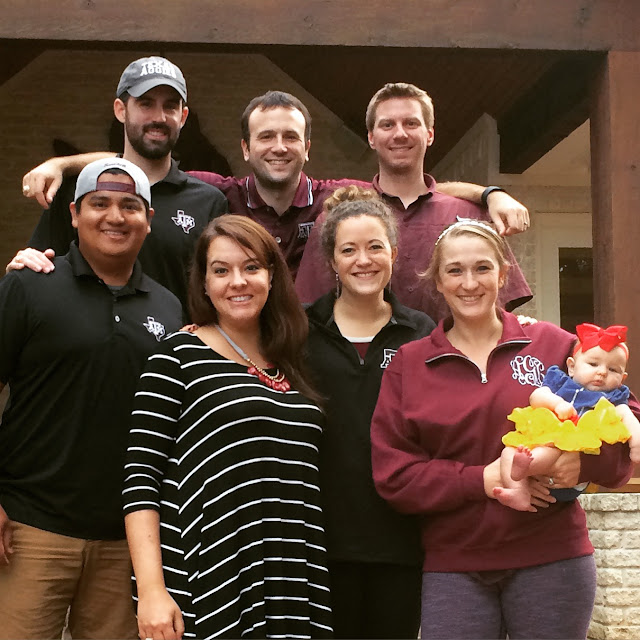 One of the best parts about football season is that we get to see our besties! Obviously we see our Houston friends pretty often…and by that I mean a lot. But our friends from New Orleans, San Antonio, Dallas and even D.C. try to make it to College Station for a game or two. It’s always a solid party when they show up! 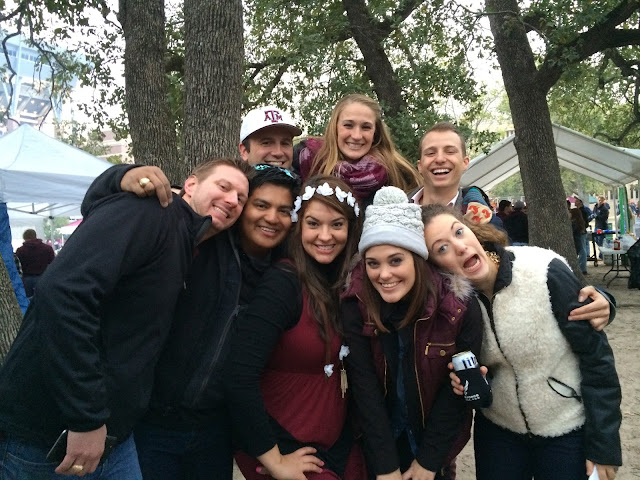 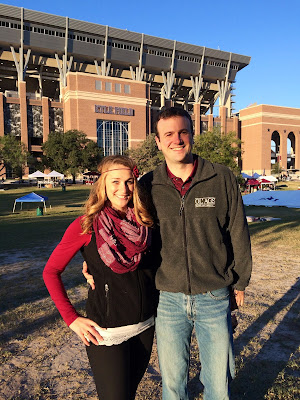 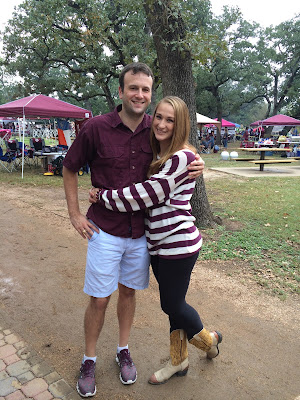 The first official day of fall is September 22nd. Now it doesn’t feel like fall until November around here, but every once in a while we’ll get a random cool front blow through in October! This year we have three November home games and I’m hoping they’re cool so I can bust out my cute fall gear!
four. the Aggie band 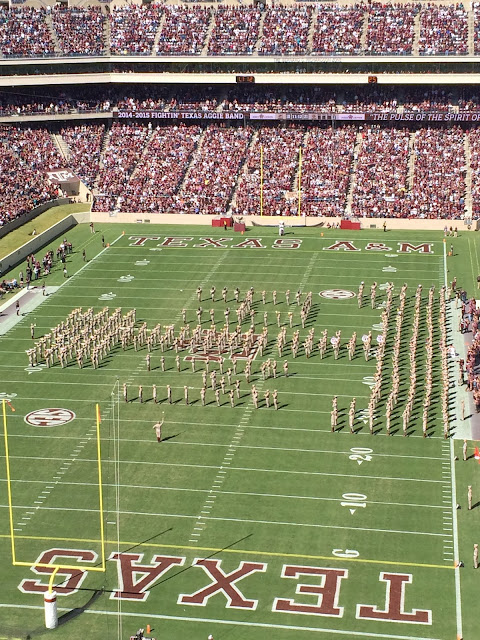 The Fighting Texas Aggie Band is famous. They are amazing to watch and just get better each and every game. Fun fact: My father in law was a member of the Aggie Band. He played the bass horn which is a tuba to most, but don’t call it that to his face! His senior year he was a drum major, so he’s kind of a big deal. 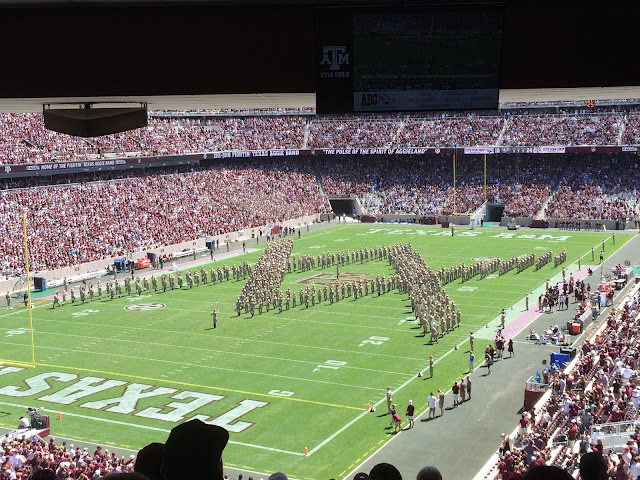 five. and of course football! 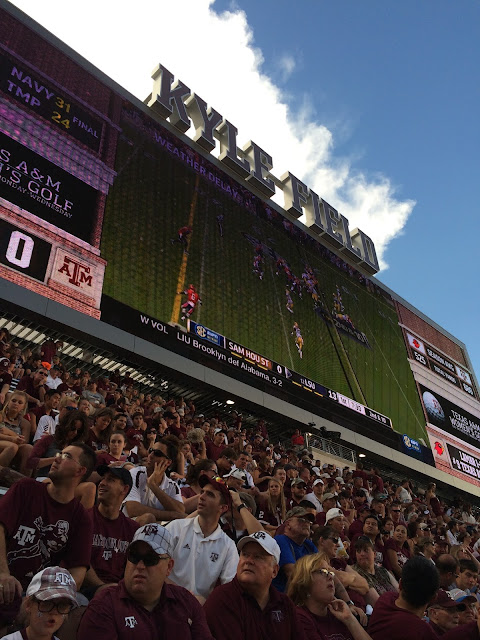 The football part of football season is also pretty awesome. I love the sport and understand a good majority of it. I’m pretty sure my husband is quite proud of his wife! When I was in school, the Aggies were kind of terrible. Then came Johnny Football and we were pretty awesome. We’ve had our ups and downs the past few years, but at the beginning of each season there is always hope. Here’s to hoping we’re better this year! Tomorrow we need to beat the hell outta UCLA!

Just a few other reasons I love this time of year:

Happy Friday y’all! I hope your favorite college football team wins this weekend…unless your favorite team is UCLA. In which case, I hope they lose. Sorry, gotta support my Aggie boys! If you want to follow along, check out my Instagram {@acgougler} and Snapchat {acgougler}!

What’s your favorite thing about this time of year?
Do you have a favorite college football team?