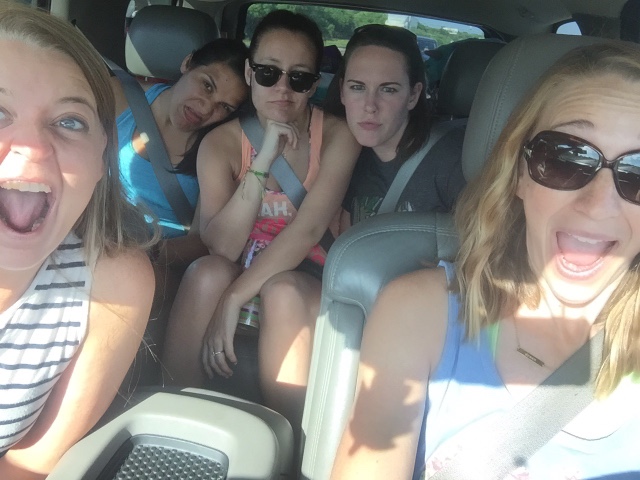 This weekend we celebrated my baby sister and partied all weekend at her bachelorette party!!! We left Thursday afternoon and went to New Braunfels for a long weekend at the river. Our house was amazing and slept 16 people which was needed since we had 12 girls.
Thursday was low key. We took our time getting there and made a pit stop at my favorite place…Bucees! The rest of the evening was spent getting settled in our house, having a few drinks and just catching up with all the girls! 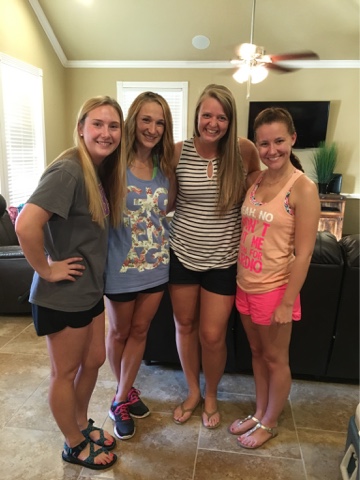 Friday we were up bright and early to go to Schlitterbahn! I know y’all are jealous. If you haven’t heard of Schlitterbahn, it’s a HUGE water park on the Comal River. It uses natural river water and has several long tube chute rides. Pretty much the best water park ever. 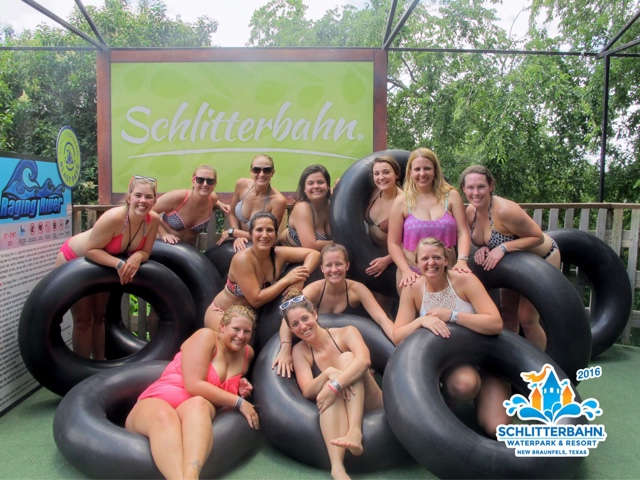 We had a blast and enjoyed the hot tub bars possibly a little too much. Well I don’t think there is such thing as too much! We managed to come up with a few coin phrases for the weekend. Like yelling “coming in fuego” every time we’d come quickly down a shoot or a slide. We were probably obnoxious, but we didn’t care! The best part is that everyone managed to stay together and no one got hurt! We were there from when the park opened at 10:00am until 7:00pm. Needless to say, we were so exhausted and super hungry by the end of the day. We grabbed dinner at Pat’s Place then we went back to our house and crashed! 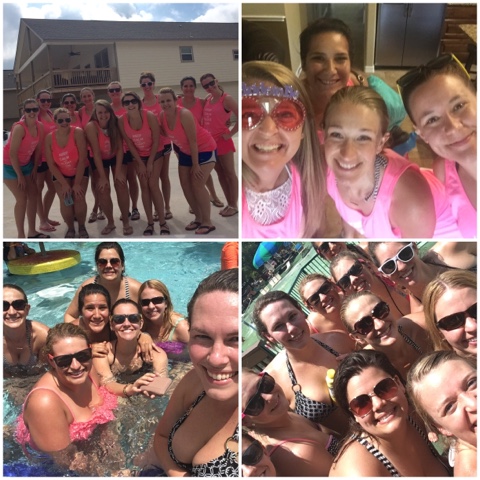 Saturday morning we were up bright and early to flip some pancakes and then head to the river! We were staying on the Guadalupe and originally intended to float the Guad. Since it rained like crazy the past few months, the river was too high and too fast to float safely, so we headed into town to float the Comal River! 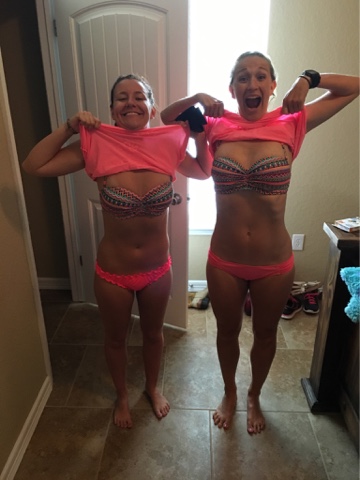 We don’t have any pictures from the Comal yet since it’s hard to float with electronics, but don’t worry…we had a water camera!!! We had such a blast and let’s just say our float involved two coolers, vodka soaked gummy bears, lots of sunshine and even more fun.
Once we got home, we grilled out (and by we I mean Meena grilled for us) and got ready to go out! We also had Emily’s lingerie shower! She got lots of goodies, but I’ll spare y’all the details. 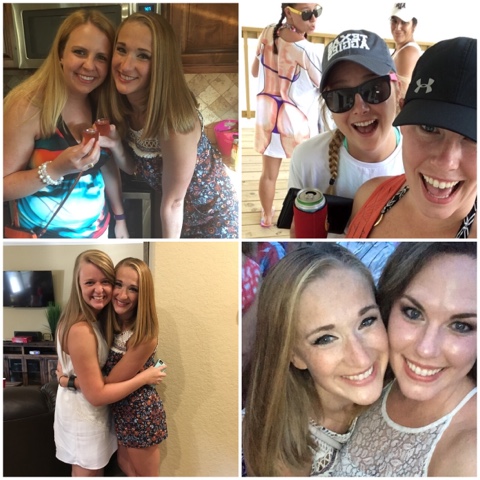 We went to see Kevin Folwer and Randy Rodgers Band at Whitewater Ampitheater! We love us some Texas country! The concert was amazing and I know everyone had such a good time. The evening ended with us being a bit stranded at the concert venue though. We couldn’t get ahold of our Uber diver and it took us a few hours to get home. But don’t worry, we all made it one way or another! 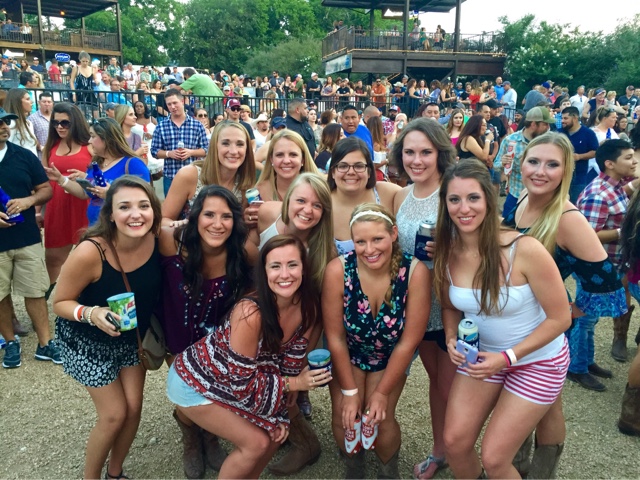 It was an amazing weekend and everything went according to plan. I had so much fun, but man am I still feeling it! I’m clearly not as young as I once was. It was nice to let loose and just be with the girls though. Now it’s just a few days until the actual wedding! I can’t wait to celebrate Emily and Matt this weekend!

Now off to do Monday things!