Happy Tuesday folks! You know what? The past two Mondays have absolutely kicked my butt. Going back to work is actually much harder than I thought it would be, and it’s different aspect than I thought that make it hard. Waking up is killer. I knew it would be rough with a newborn, but 4:30am comes way too soon. Then I get there and I’m happy about being in a place that feels like home, but after the morning rush, I bonk out. Then I have to teach classes at lunchtime. In fact, on Mondays, I have back to back Cycle then Tabata. I’m trying to find a happy balance of doing both, but it’s tough. Hopefully I’ll get the hang of everything soon because I was in bed by 9pm last night and couldn’t pry myself out of bed until 8am. That is so not like me! Luckily Chloe let me sleep 🙂 Speaking of Chloe, I thought I’d do a photo dump and give update on what’s going around here today! Not just Chloe but the pups and everything else as well! 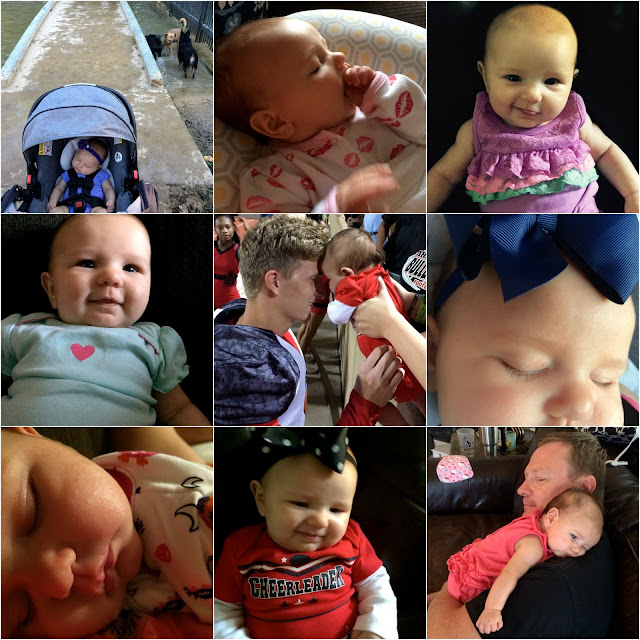 Since I can never get enough of this face, we’ll start with Miss Chloe Grace! 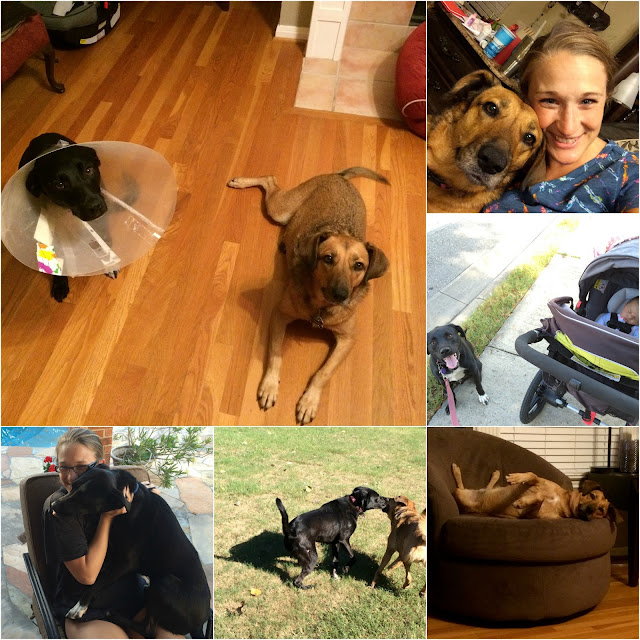 Maggie and Moose haven’t had good updates on here in a looooong time! That’s kind of Chloe’s fault 😉 but trust me, these two crazies are still getting tons of love. Here’s what’s going on with my first two babies!

Moose is…
Don’t worry, these babies still get plenty of love and attention! A few less walks since it’s still crazy hot outside, but cooler weather and lots of walks are in these puppies future! 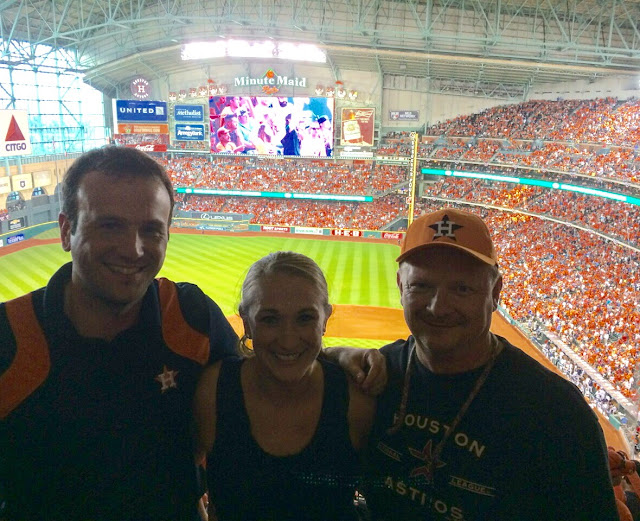 As for JP and I, we’re surviving day to day still trying to figure out this adventure called parenting. Some days are so easy and natural, but some days are tough! We wouldn’t have it any other way though. This little girl completely rocks our world! We are still trying to do the things we would have done before Chloe like go to Aggie football games, tailgate, visit friends, spend time with family and watch the Astros in the play-offs! Okay, that last one hasn’t happened since we’ve been together. The last Astros play-off season was the year before we started dating, but we got to go to the game Sunday and it was awesome to see the Astros win! Hopefully we can pull through and beat the Royals in Kansas City tomorrow!

Now go have a fabulous Tuesday and remember to think, “At least it’s not Monday!”