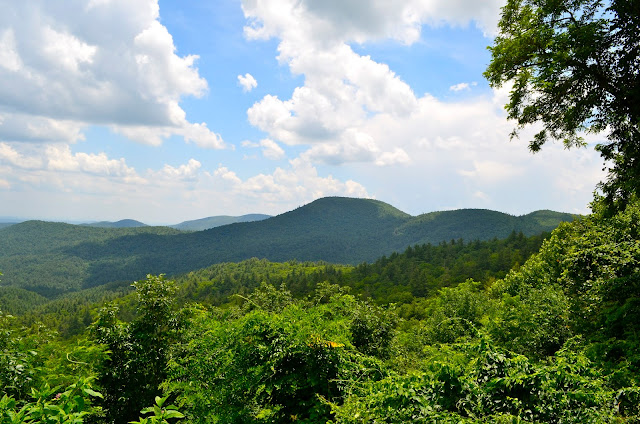 Yesterday, I spent 15 hours in the car traveling back from the mountains in Eastern Georgia/Western North Carolina! That’s right, ROAD TRIP! And at 34 weeks pregnant. Pretty impressive, I know. More importantly, those traveling with me were troopers and they never complained about the stops! We traveled through the night on the way there and needed 6 stops, and needed another 6 to get us home. Not too shabby if I do say so myself.

Now the reason we traveled half way across the country and back for a long weekend was for Caitlin and John’s wedding! Lauren and I were Caitlin’s Matrons of Honor, so we arrived around lunchtime on Thursday to help out with the festivities! 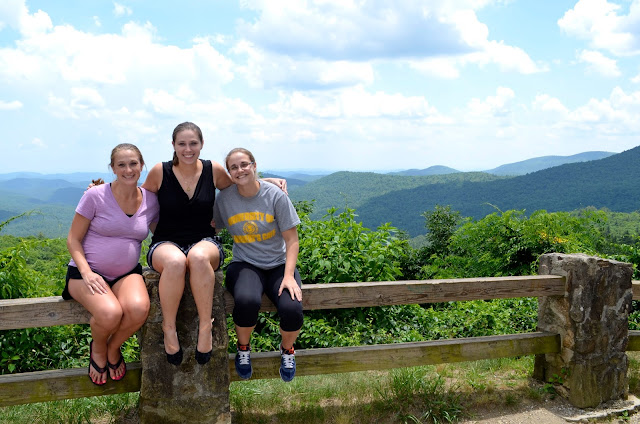 Thursday we went up to The Highlands, NC as soon as we got into town. We wandered around Main Street for a bit sipping milk shakes and shopping! Naturally, I ended up buying something from the store that John’s sister is the fashion buyer for! She helped me find some cute pregnancy dresses that will also be adorable when I’m not so large, and I had to narrow it down to my fave. Then we went down the mountain into Sky Valley, GA to hang out with Caitlin’s family at the cabin they rented! We relaxed until about 7pm and then we were worn out after traveling through the night. We were all in bed and passed out by 8pm…no complaints here.

Friday started the best way possible…mani-pedis in The Highlands followed by an outdoor lunch at the Wine Garden! 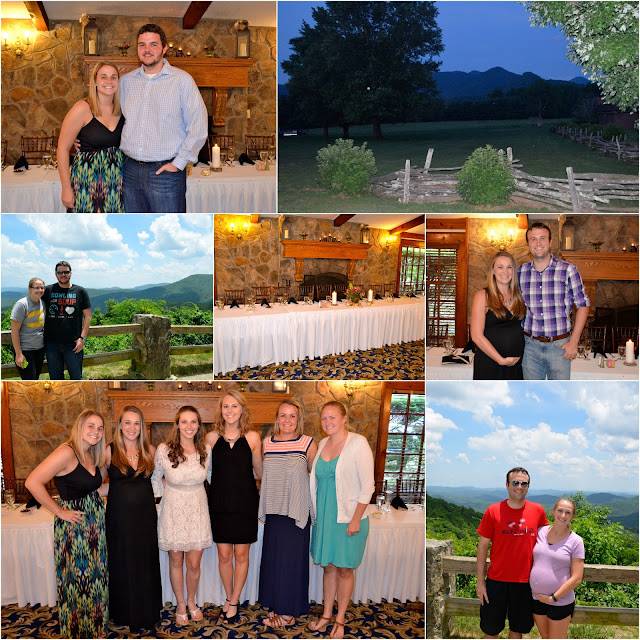 Later that evening we had the wedding rehearsal at St. Helena Catholic Church and the rehearsal dinner at the Dillard House, which happened to be where Lauren, Matt, JP and I were staying! The rehearsal went well though it was so hot in the church! They didn’t turn the A/C on until we got there to save energy, but they promised it would be a lot cooler the next day! The rehearsal dinner was amazing! The food was absolutely delicious and we all stuffed our faces. Oh and there were about 15 dessert options. Heaven for this pregnant lady! I had to choose just two since I didn’t have room for more. The peach cobbler and carrot cake were to die for! 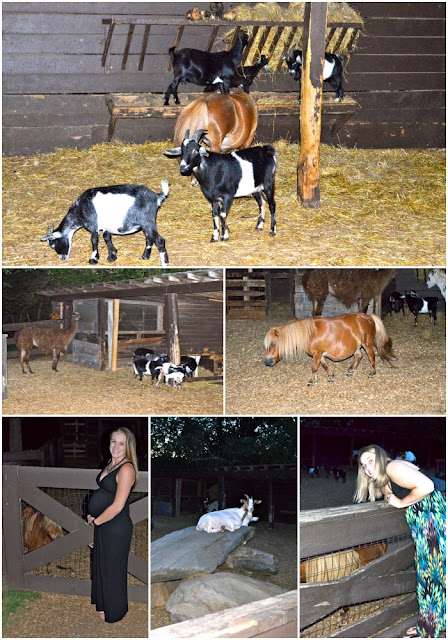 The second best thing about the rehearsal dinner (besides dessert of course) was the petting zoo! We had been itching to go since we got to the Dillard House, so we went over to see the animals after dinner to walk around and digest 🙂 The miniature horse was pregnant too, so I had to get a picture with her! 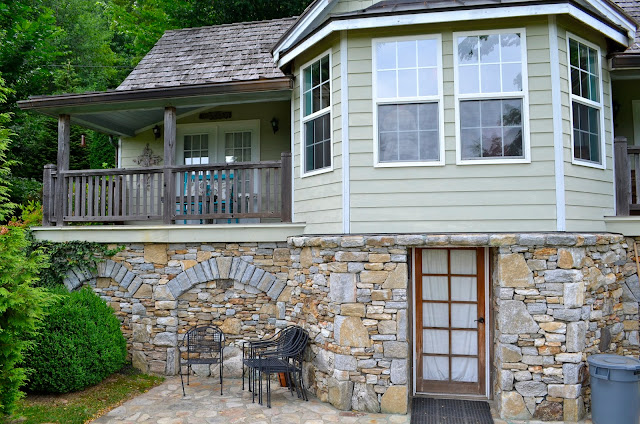 Saturday morning we were up bright and early to start getting ready! We got prepped for the big day at the reception site, The Vineyard at High Holly. They had a barn for the guys to get ready in and an adorable cottage for the ladies! We all got our hair and makeup done and finished up last minute preparations. 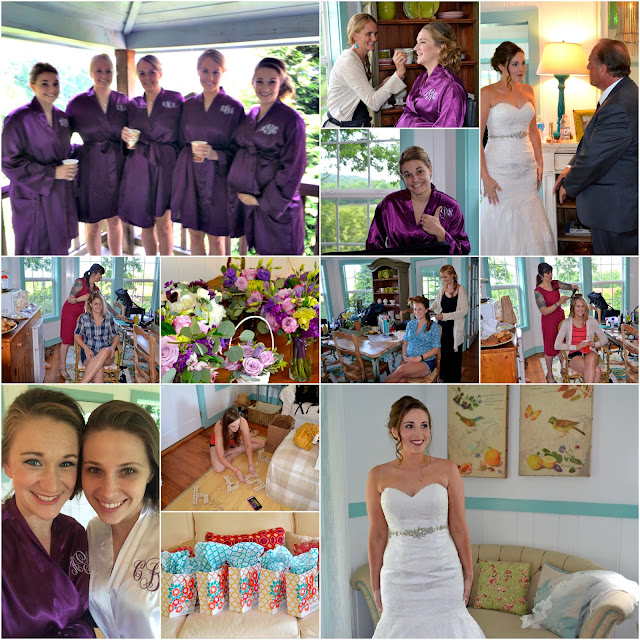 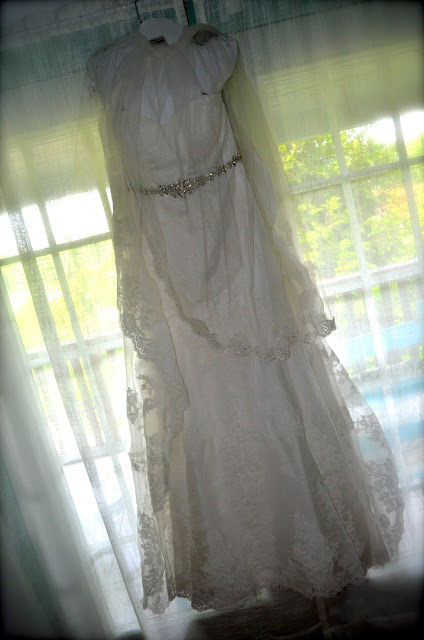 By 12:30, we were off to the church to get John and Caitlin officially married! It started raining on our way to the church, but it stopped during the ceremony at some point and the sun was out and shining! They do that that rain is good luck on your wedding day! 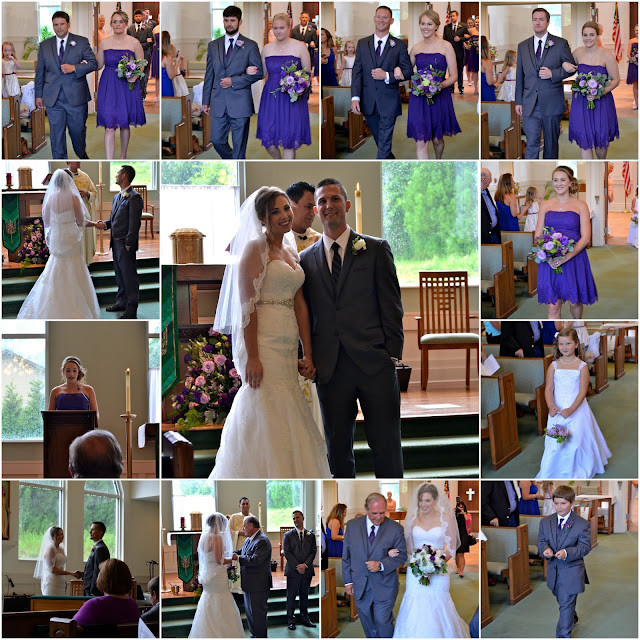 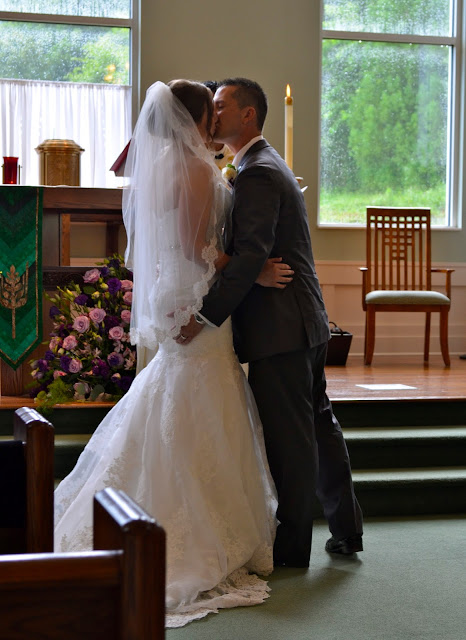 The ceremony was definitely different than the rehearsal which made all of us laugh, but it was beautiful! And much cooler…thank you A/C! I did the first reading and crushed it. 🙂 It’s safe to say that public speaking has never been an issue for me. After pictures, we headed back to the Vineyard for more pictures before getting the party started! 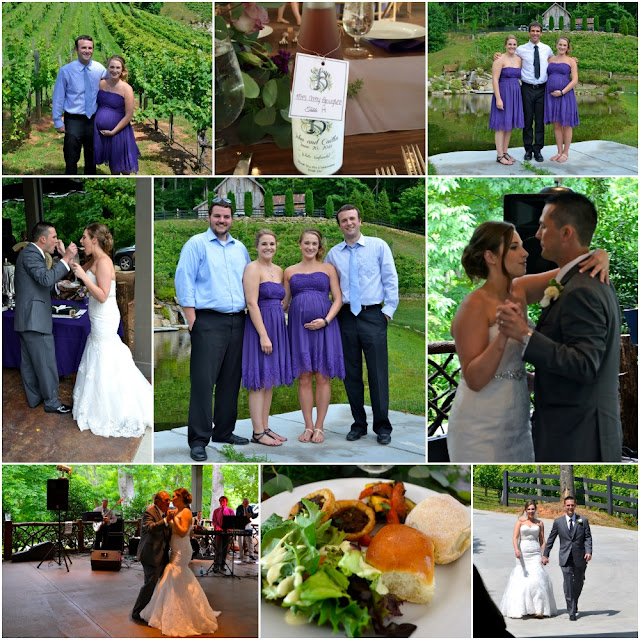 The reception’s view was gorgeous. This was probably the most beautiful wedding location I’ve even been to. We were sure to wander around the vineyard and snap lots of pictures. We also danced a ton with the live band that Caitlin found. They had a great vibe and played some awesome songs. JP requested Shout which is his favorite wedding song to dance to and it was a big hit. I think the dance floor was the most crowded for that one!

The reception went down without a hitch and I’m pretty sure the bride and groom had the time of their lives! As they should 🙂 Later that night, there was an after party up in The Highlands, but we opted to go back to our hotel and hang out for the evening. I didn’t want to drive up and down the winding mountain roads in the dark and we had to get up early to go get back on the road. I heard the after party was a blast though! Since that came from the mouth of the bride, that’s all that matters. As we left the reception, we stopped at the Piggly Wiggly to grab some beer and snacks to take back to the hotel where we sat outside in rocking chairs, played horse shoes and visited the petting zoo one last time! 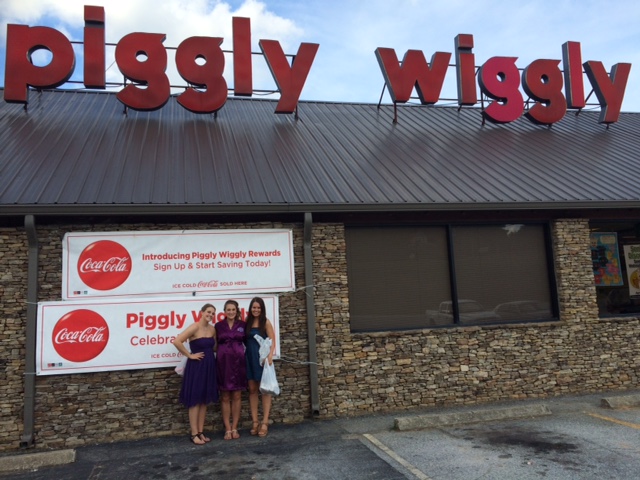 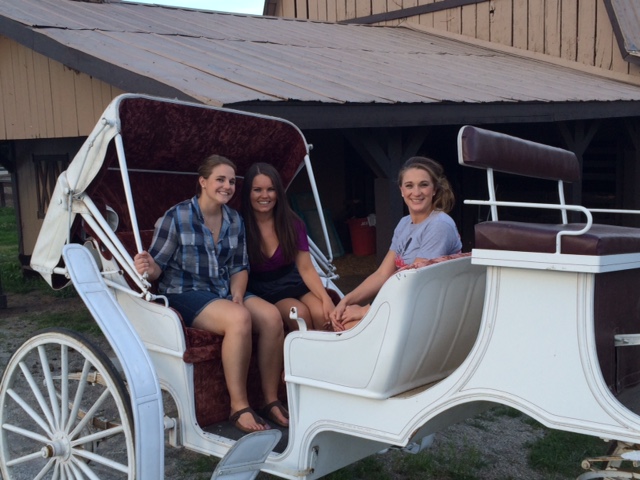 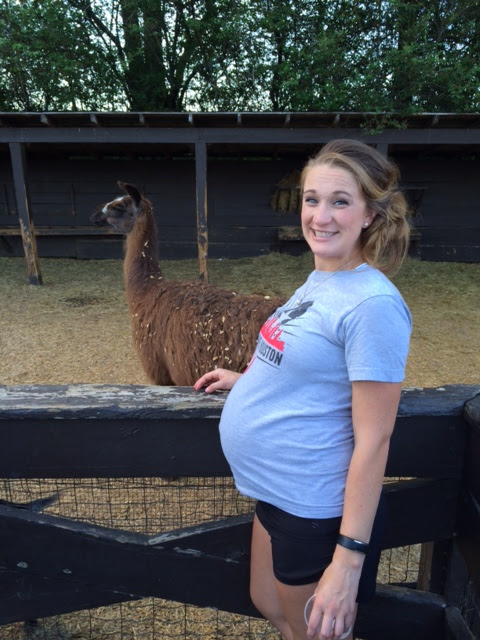 Side story: This llama was not a nice llama. He thought that he was too good for us. I tried to get him to take a picture with me several times and he was not having it. JP was able to snap this picture really quickly and as you can see by my surprised/big cheese smile, I was pumped. Take that Mr. Llama, you’re not too fancy for me! I’m pretty fabulous myself!

Overall, it was a wonderful trip! We spent a lot of time in the car, but it was so worth it. We took too many pictures, ran around like crazy, danced like fools and spent time with some of the most awesome friends ever!

To John and Caitlin: I am so, so happy for y’all. It was an honor to stand by your side as you committed yourselves to each other before God, family and friends. I can’t wait to see what God has in store for your marriage. I know he will work amazing miracles through y’all. Here’s to many years of happiness and hopefully a friend for Chloe! 😉 I love you both!