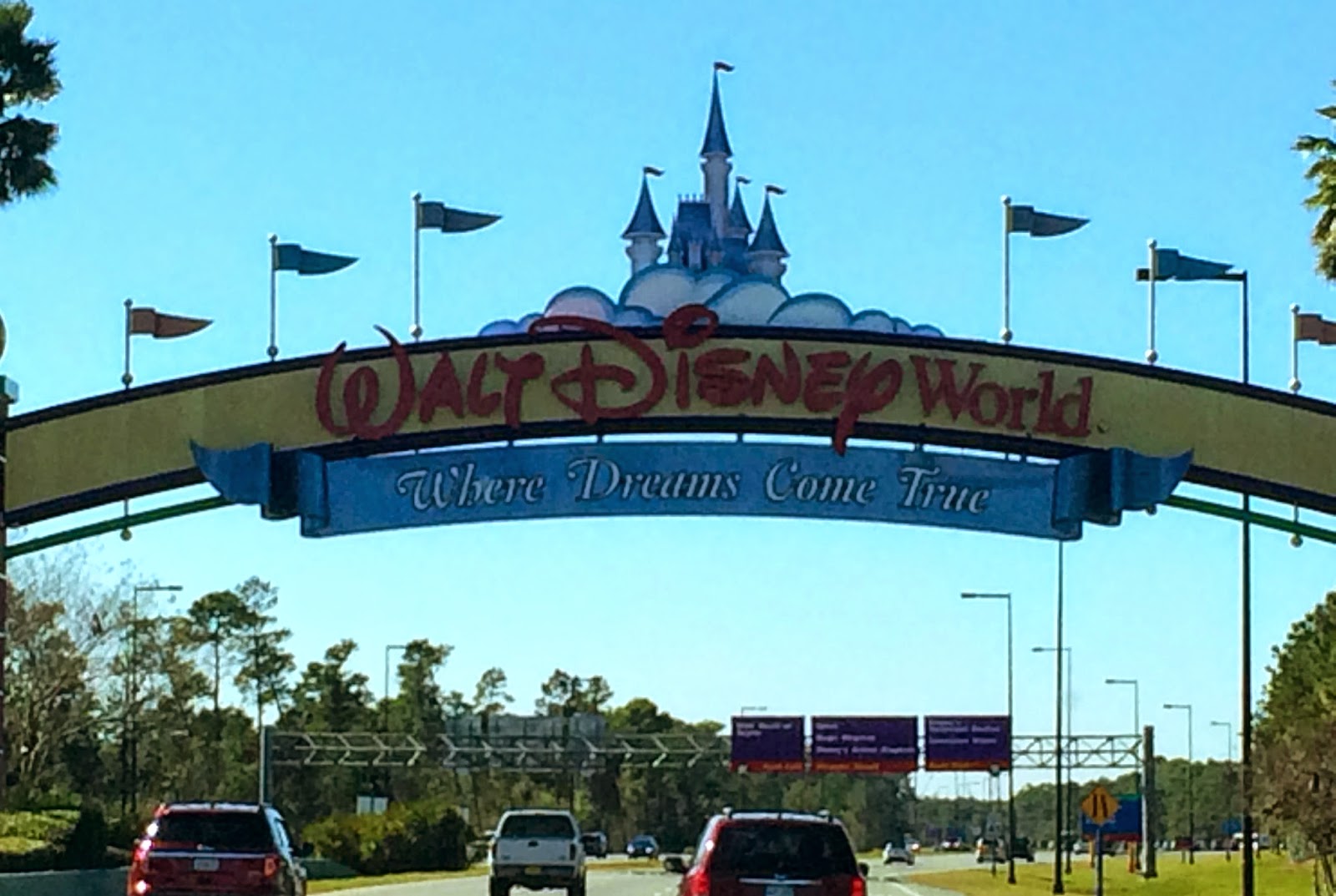 A week ago, I returned from the most magical place on earth with three of my favorite people. The trip was amazing, exhausting and completely fun! Every year we go, each trip gets better and better. This was my 5th year to tackle the Disney Princess half marathon and I was even supposed to challenge myself further with the Glass Slipper Challenge. But thanks to a pretty serious injury, I was pretty much out for the races, but nothing could put a damper on my Disney fun!

We left for Orlando Wednesday night. Julie picked us up from the airport and brought us back to her home just in time for us to crash head first into our pillows. Thursday we spent some time in Winter Park browsing the shops and strolling through the adorable area before heading to Disney’s Wide World of Sports for the expo! 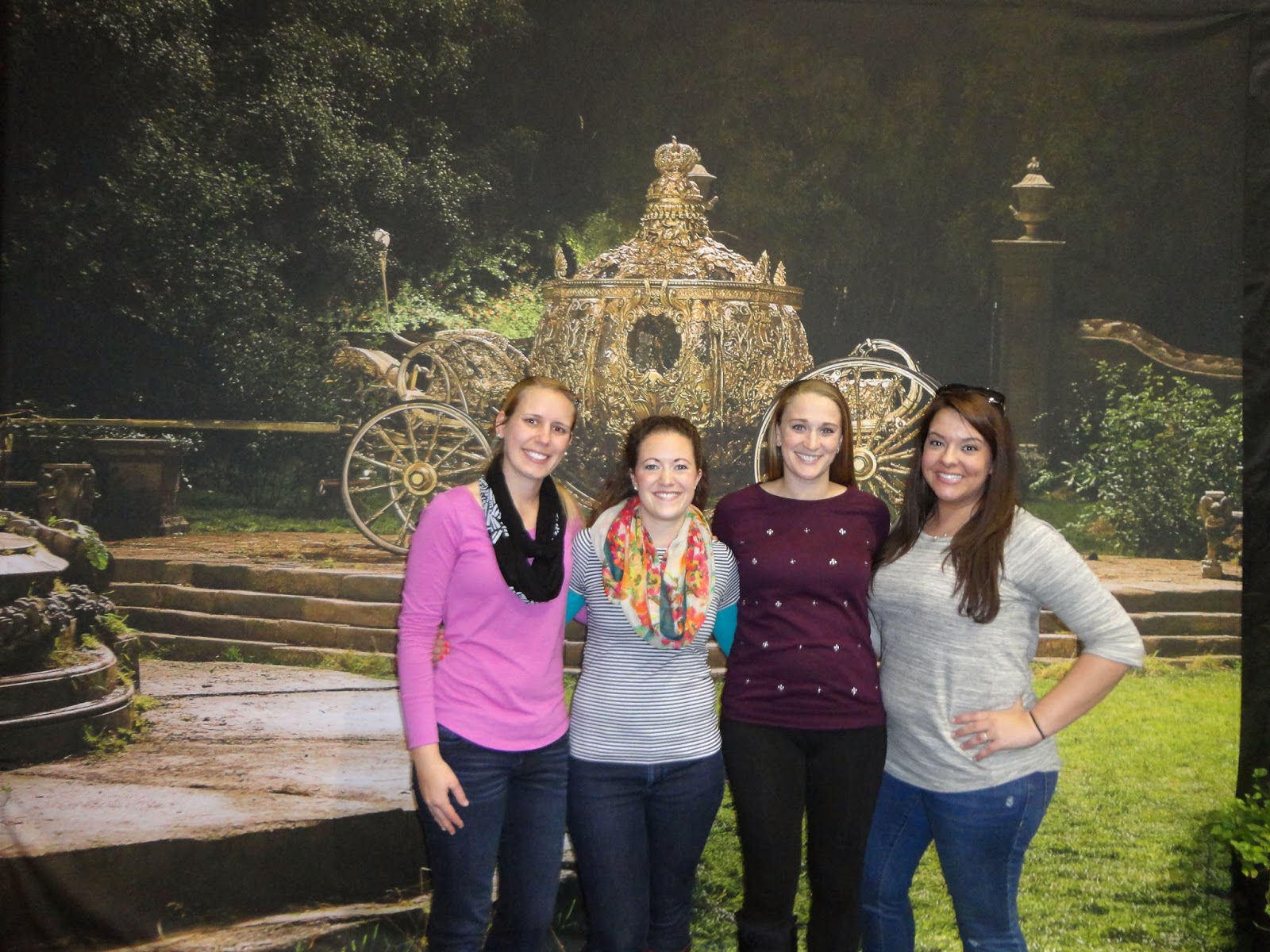 I didn’t take too many pictures at the expo, but this year it was organized well though slightly confusing. We were able to get everything figured out. When we went it wasn’t terribly crowded, and we got a picture with Mulan! I bought a princess track jacket…for work of course…and a new medal rack! 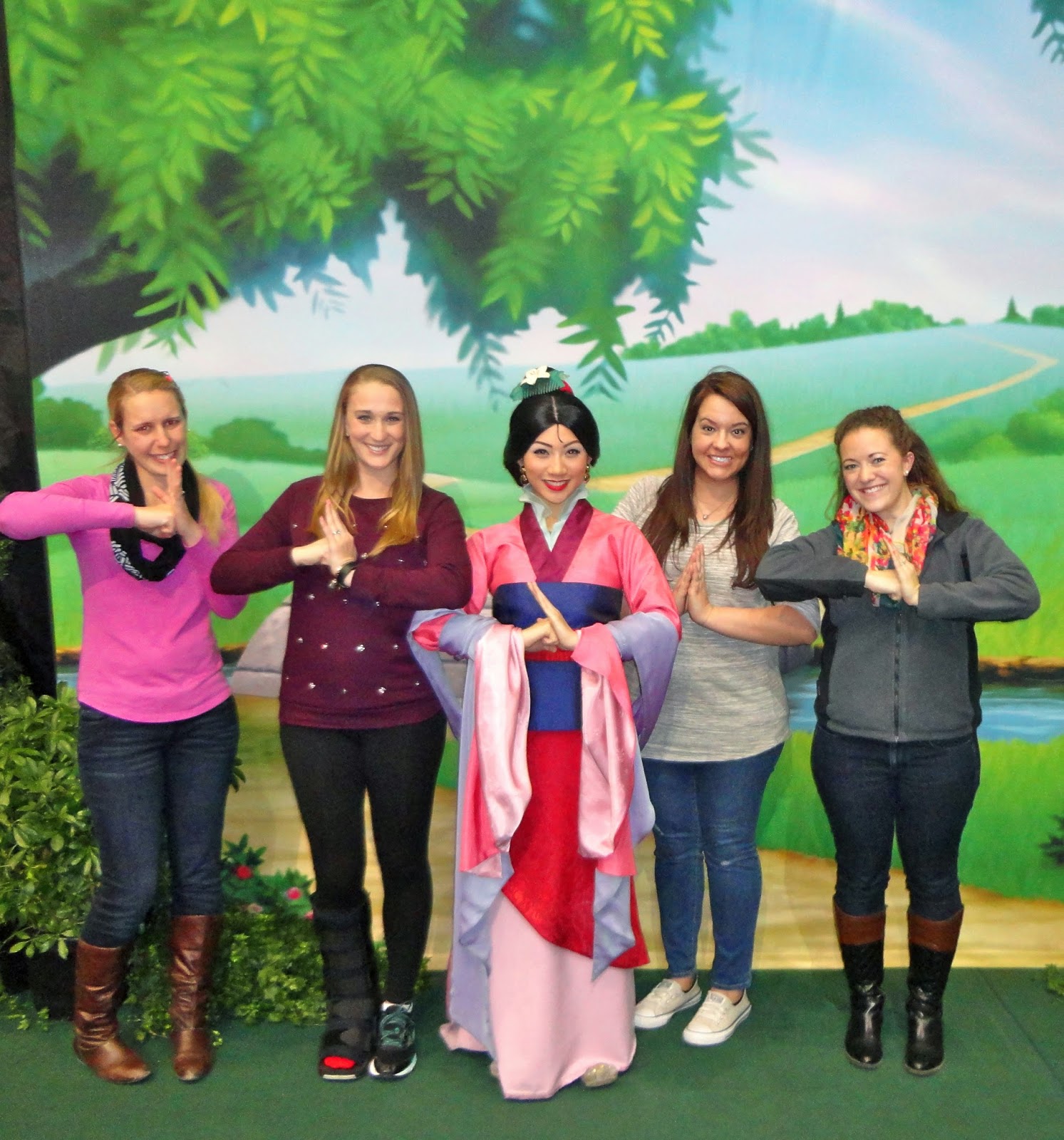 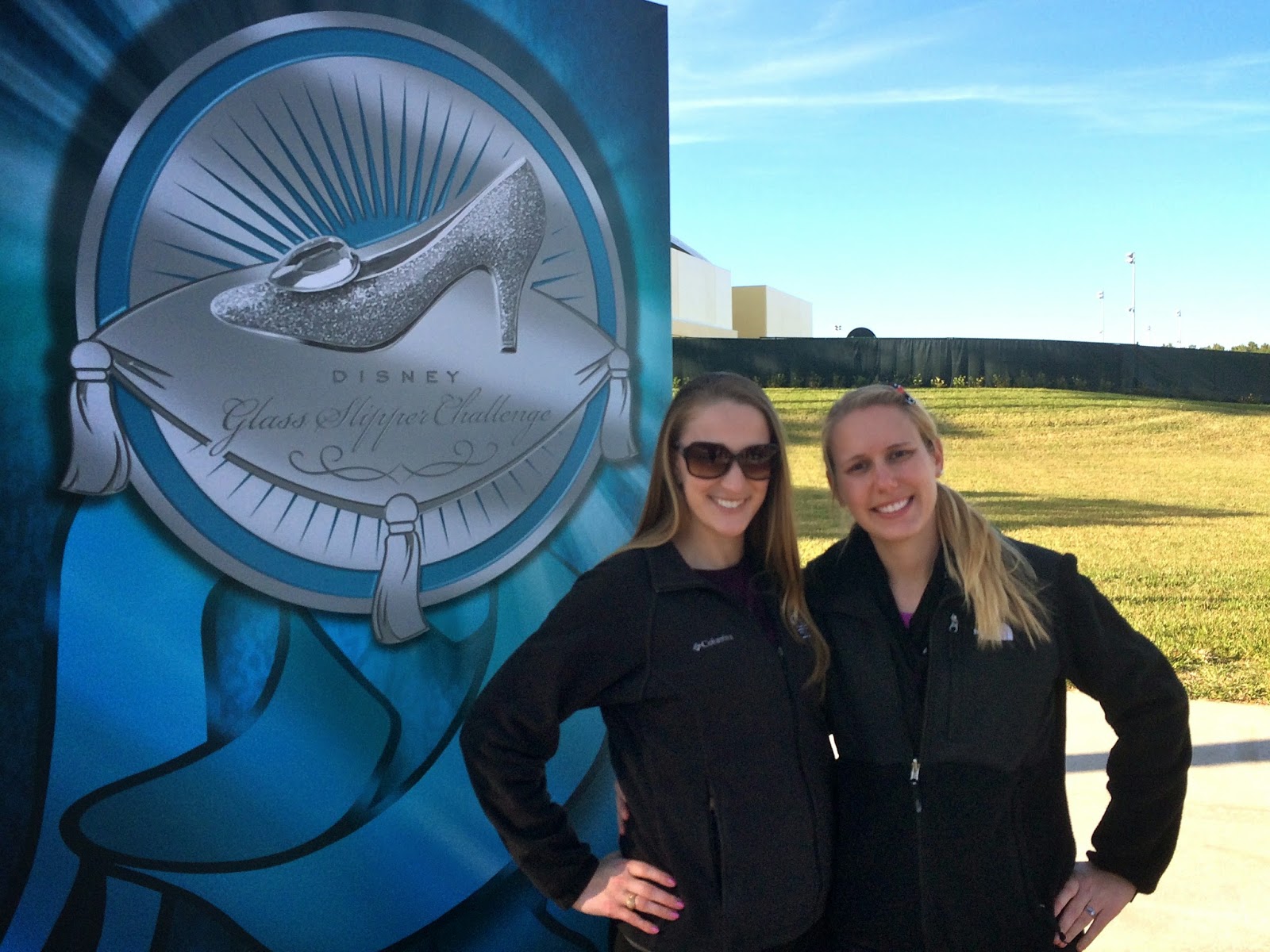 Friday morning not only started bright and early {hello 4:15am wake up call}, but it was also the true start of our Disney adventure! First stop the seriously Frozen 5K!

I’m not kidding about the frozen part. Y’all it was 30 degrees, but felt like  26. Not cool for these southern girls. We were literally shaking. And I was Olaf, so I should have loved the cold. But NOPE! I don’t fair well in cold temperatures. 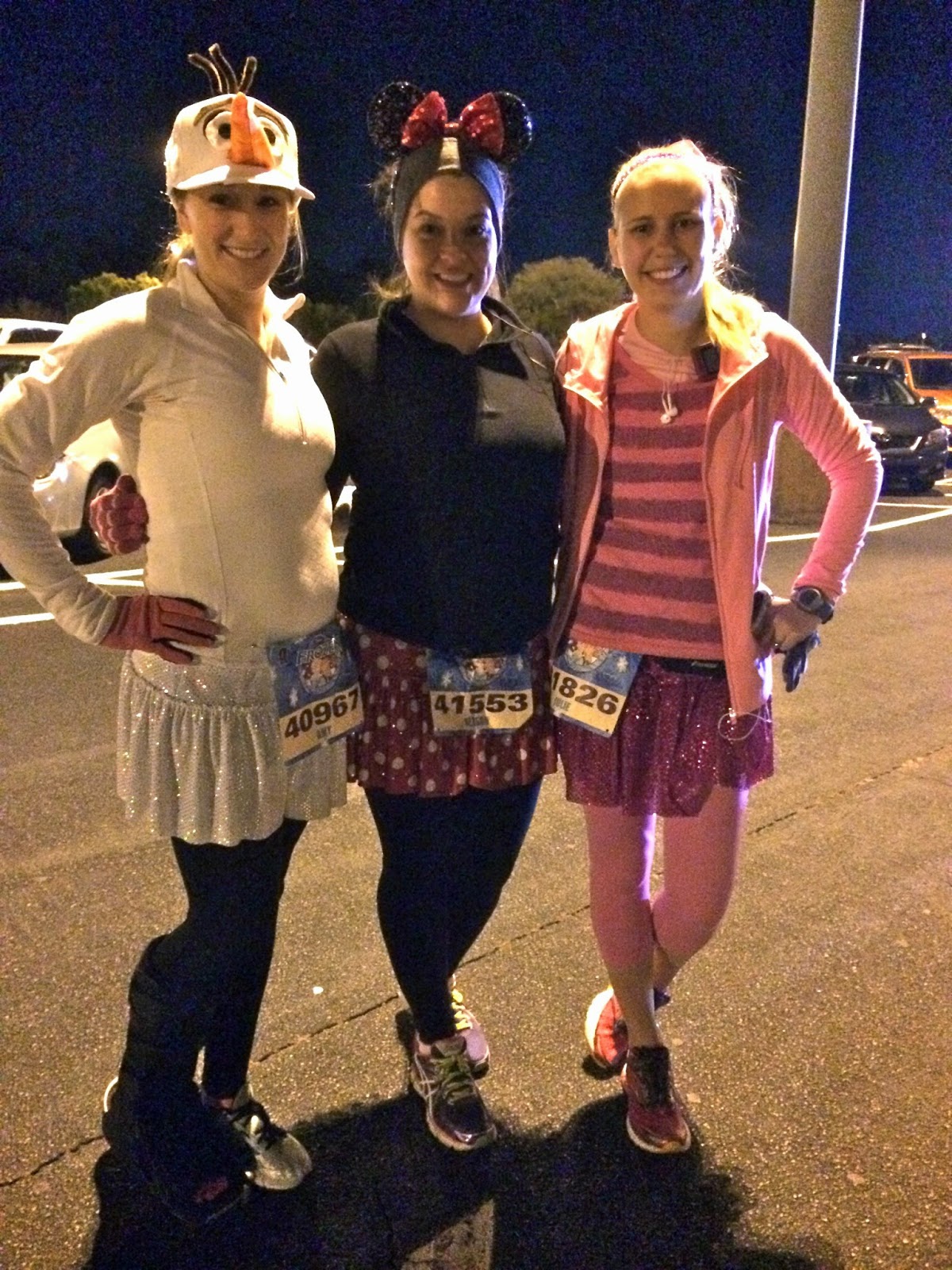 Ashley wasn’t running the 5K, so Alison, Julie and I were all dressed up as Olaf, Minnie and Piglet and ready to rock this 5K. I’m sure you’re thinking…wait Amy…you’re in a boot with a severely messed up ankle and you think you’re going to run a 5K? Luckily, my friend Rachael was also taking the 5K easy due to a hairline fracture in her foot, so she opted to walk with me and her husband Joe too! 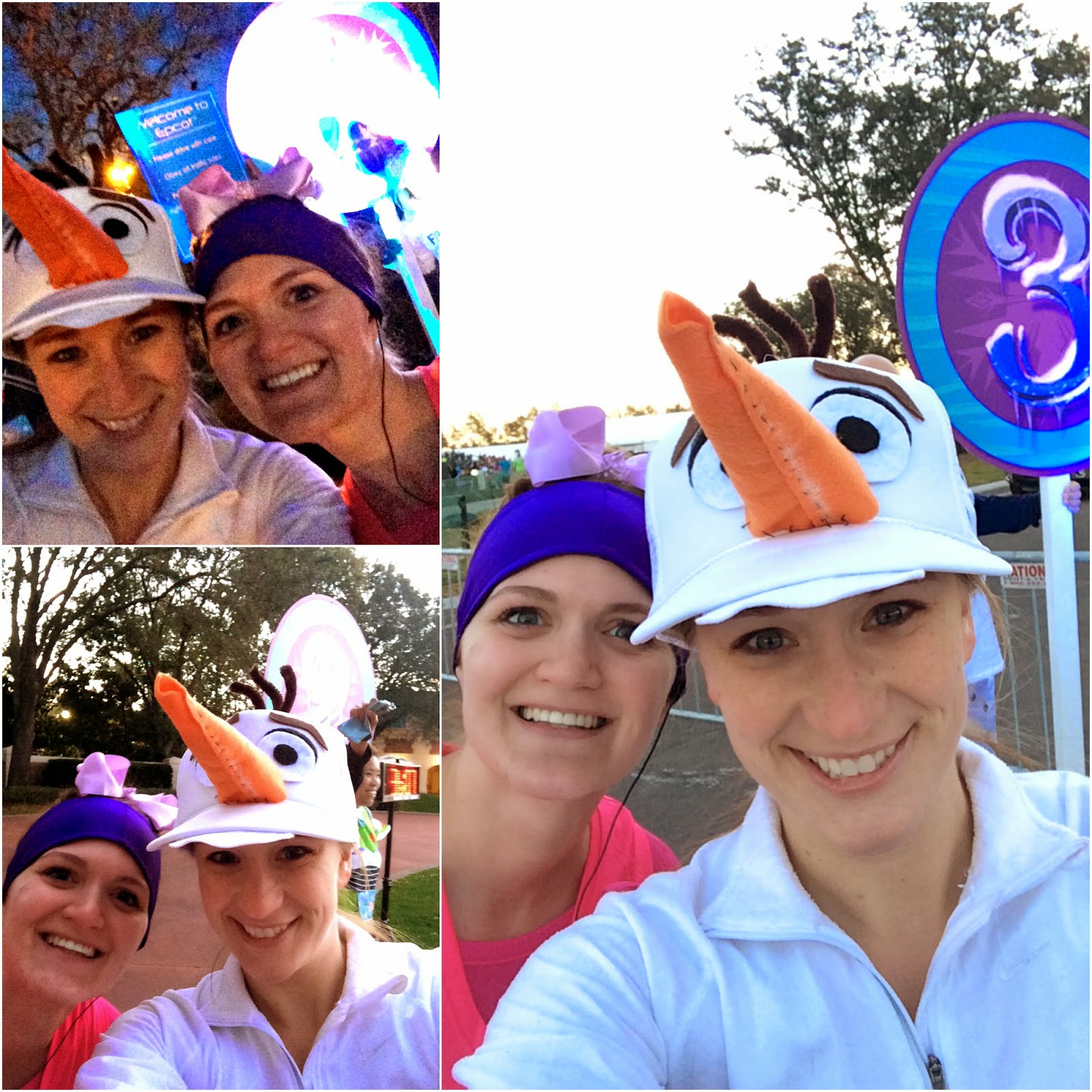 Selfies at all the mile markers! We didn’t stop to get character pictures since we were already moving in slow motion, but Joe got some pretty cute shots of us with the Epcot ball in the background and with Elsa, Anna and Christoph behind us! 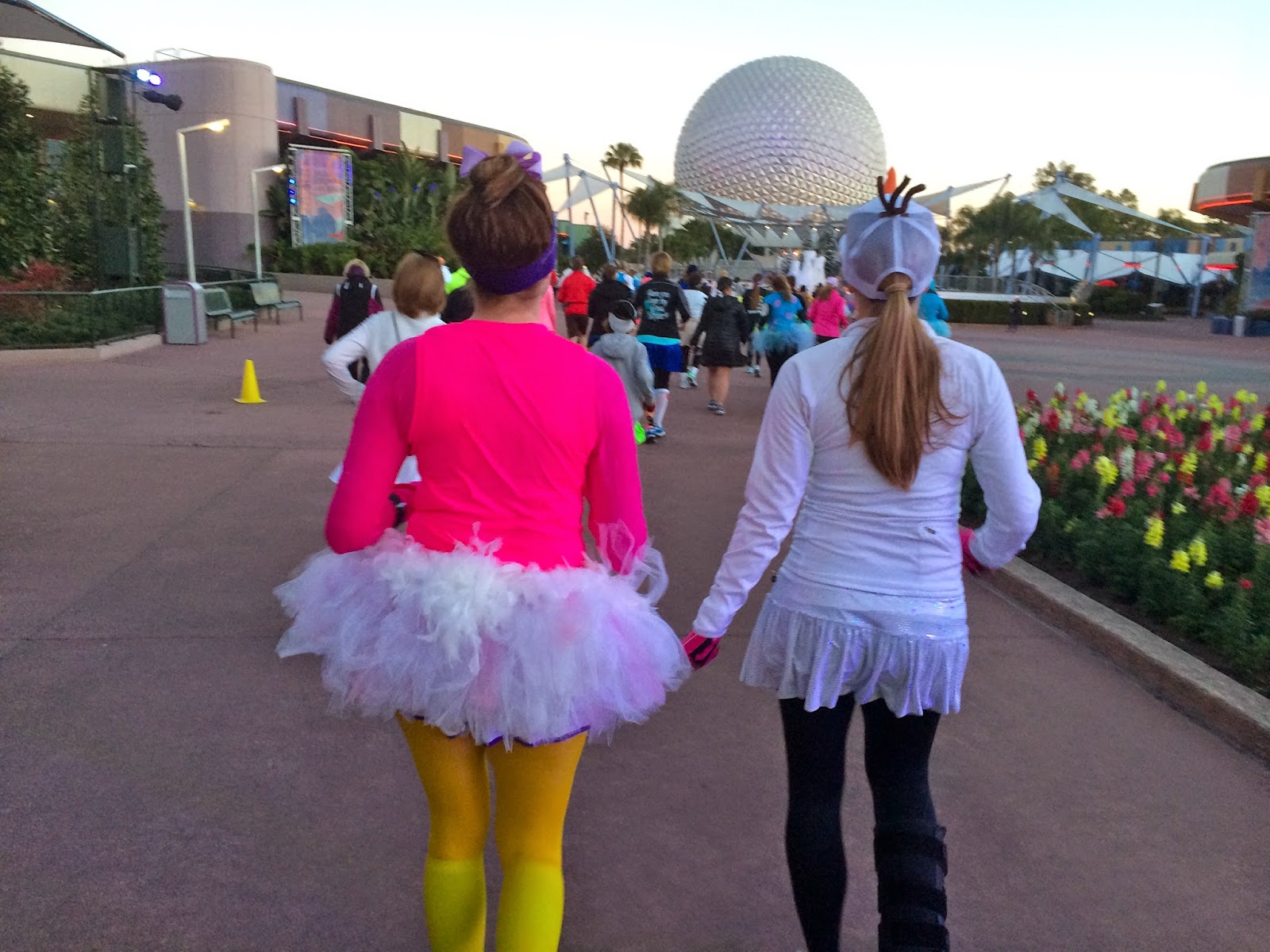 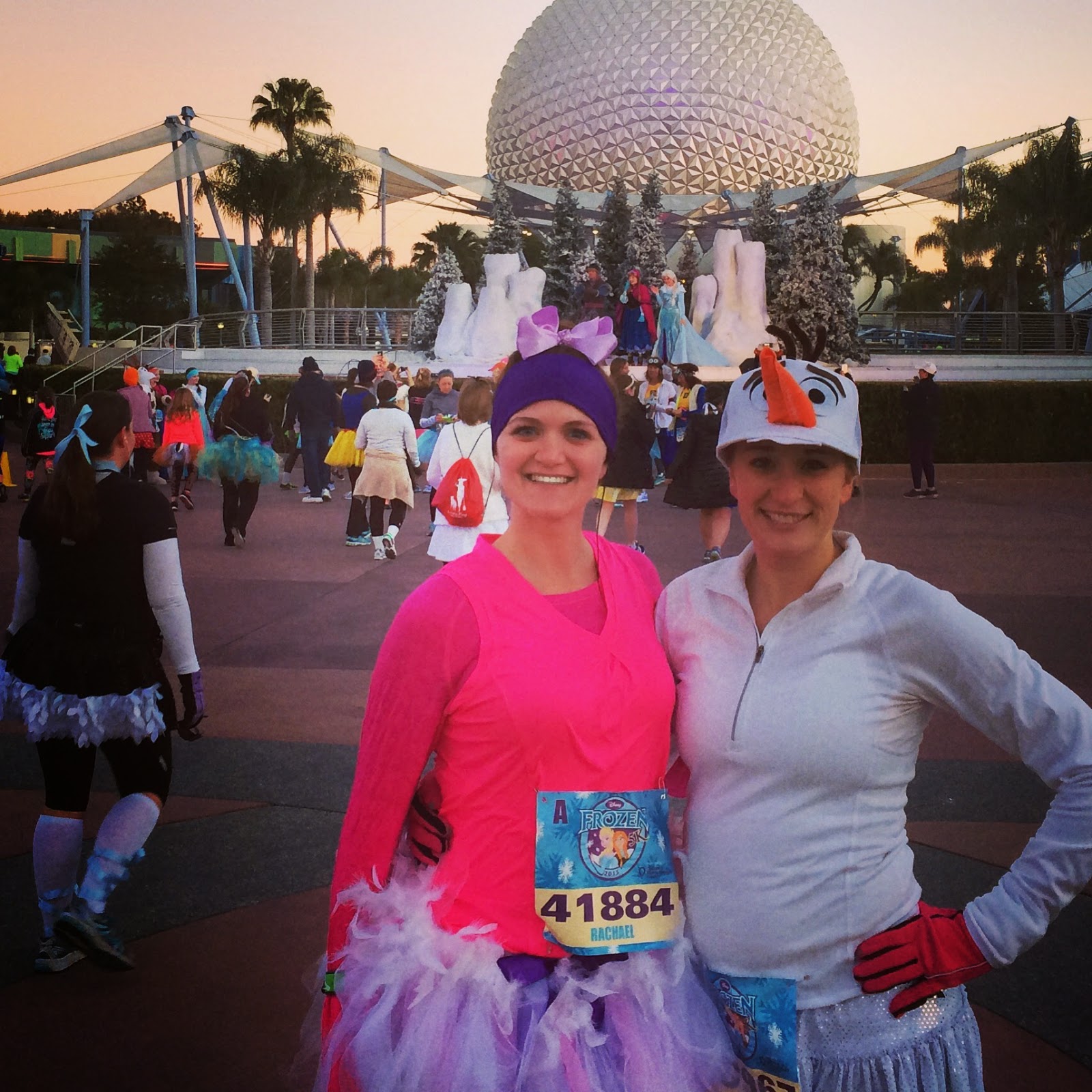 I definitely got a PW {Personal Worst} on this 5K, but we had a blast! I didn’t wear my watch and Rachael was kind enough not to tell me just how slow I was going. In the end, we actually finished under an hour which is kind of impressive considering the circumstances! 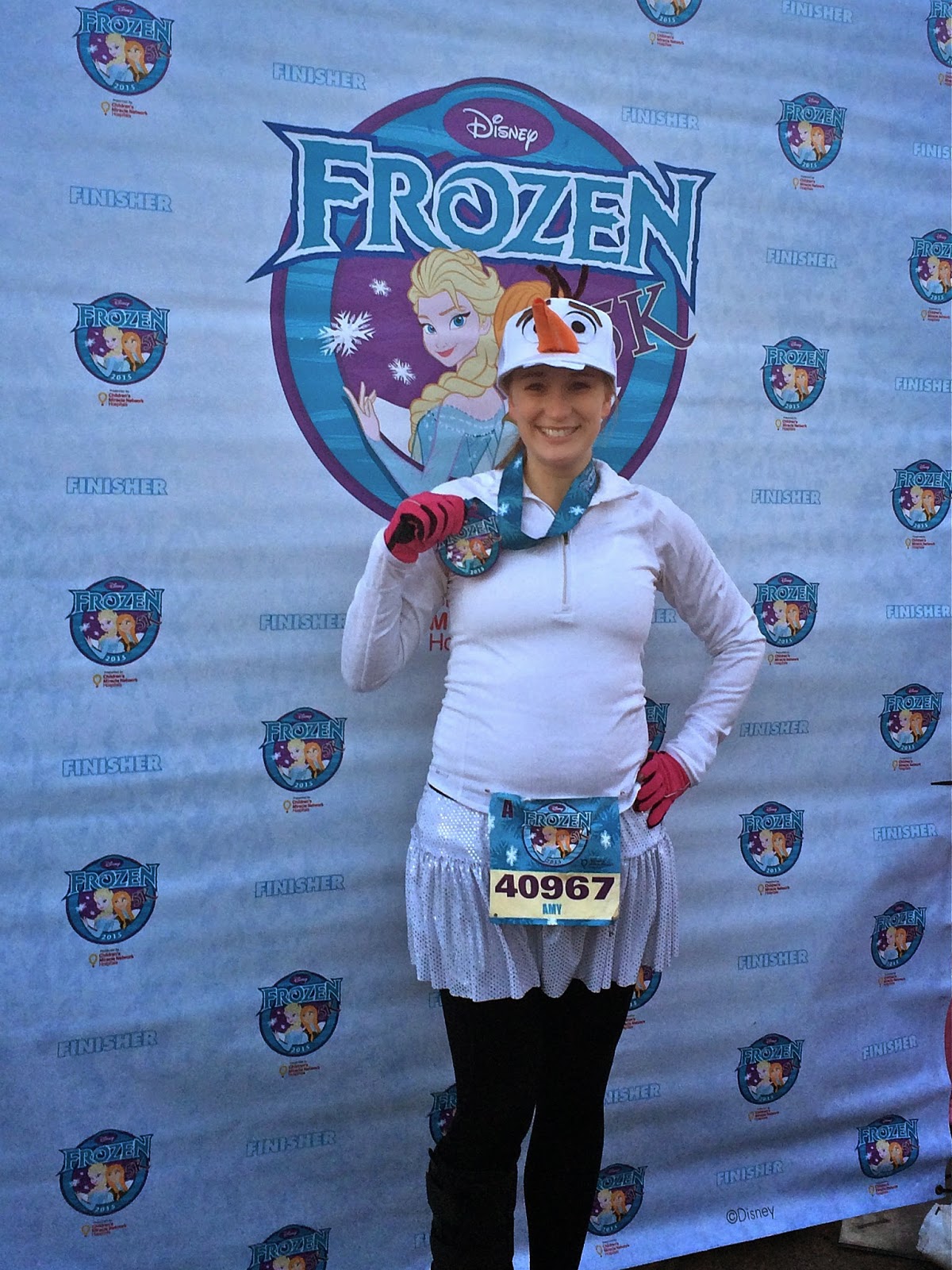 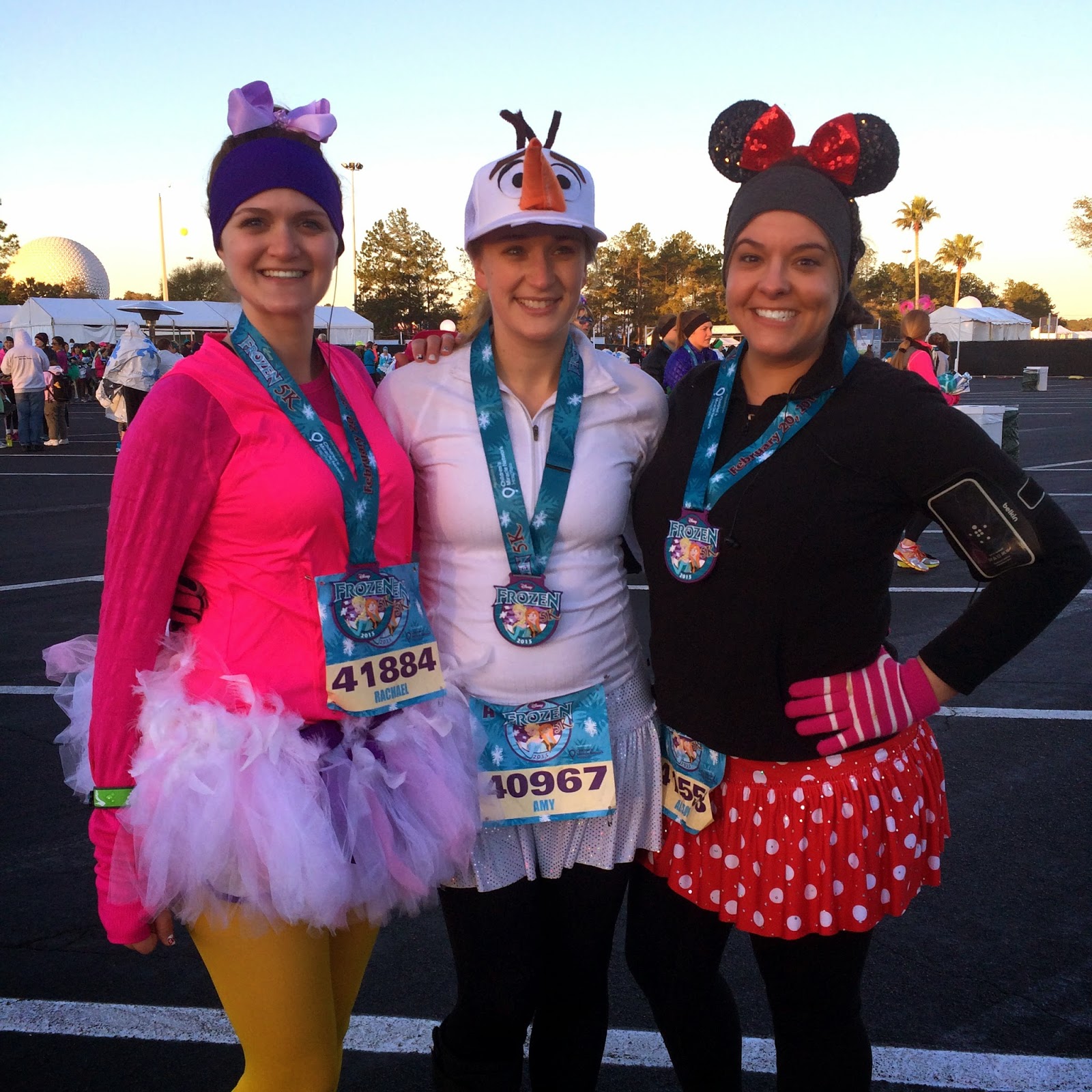 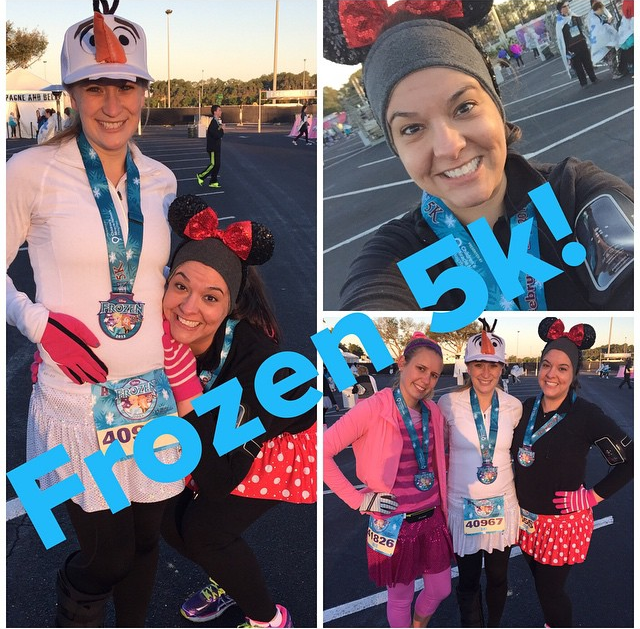 The Frozen 5K ended up being a complete success, but it was time to run by the hotel to check in, change, defrost, eat breakfast and head to Animal Kingdom! 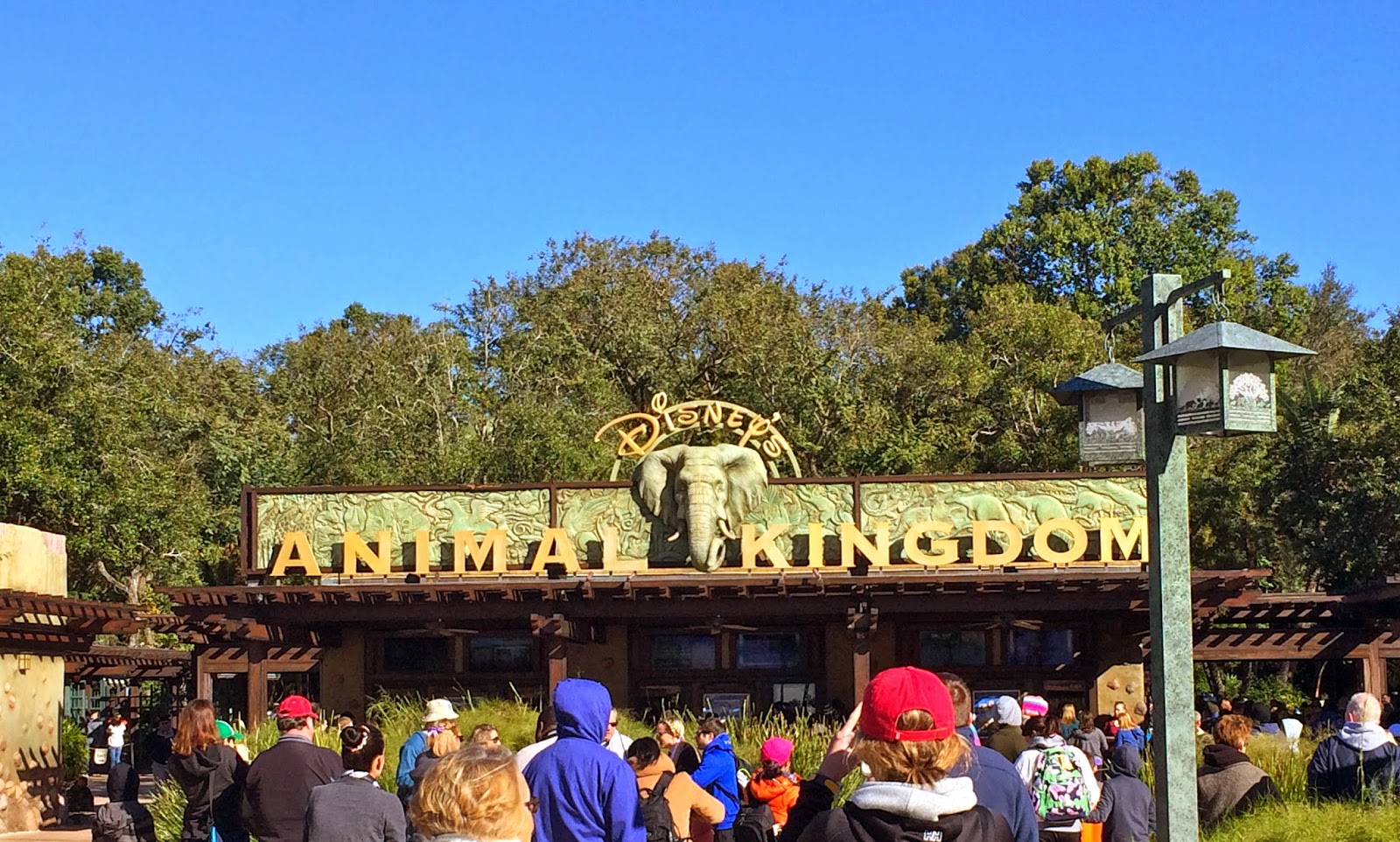 Once we got to the park, I was on my super pimped out knee scooter. It made my ankle and foot feel better, but it wasn’t always the easiest thing to maneuver. Let’s just say that Animal Kingdom has a lot of hills and the pavements isn’t exactly smooth. I still rocked it and I’m sure my left calf is rock hard now!

Our first stop was the Safari Ride! Y’all know I love animals and the zoo, so this is always one of my faves… 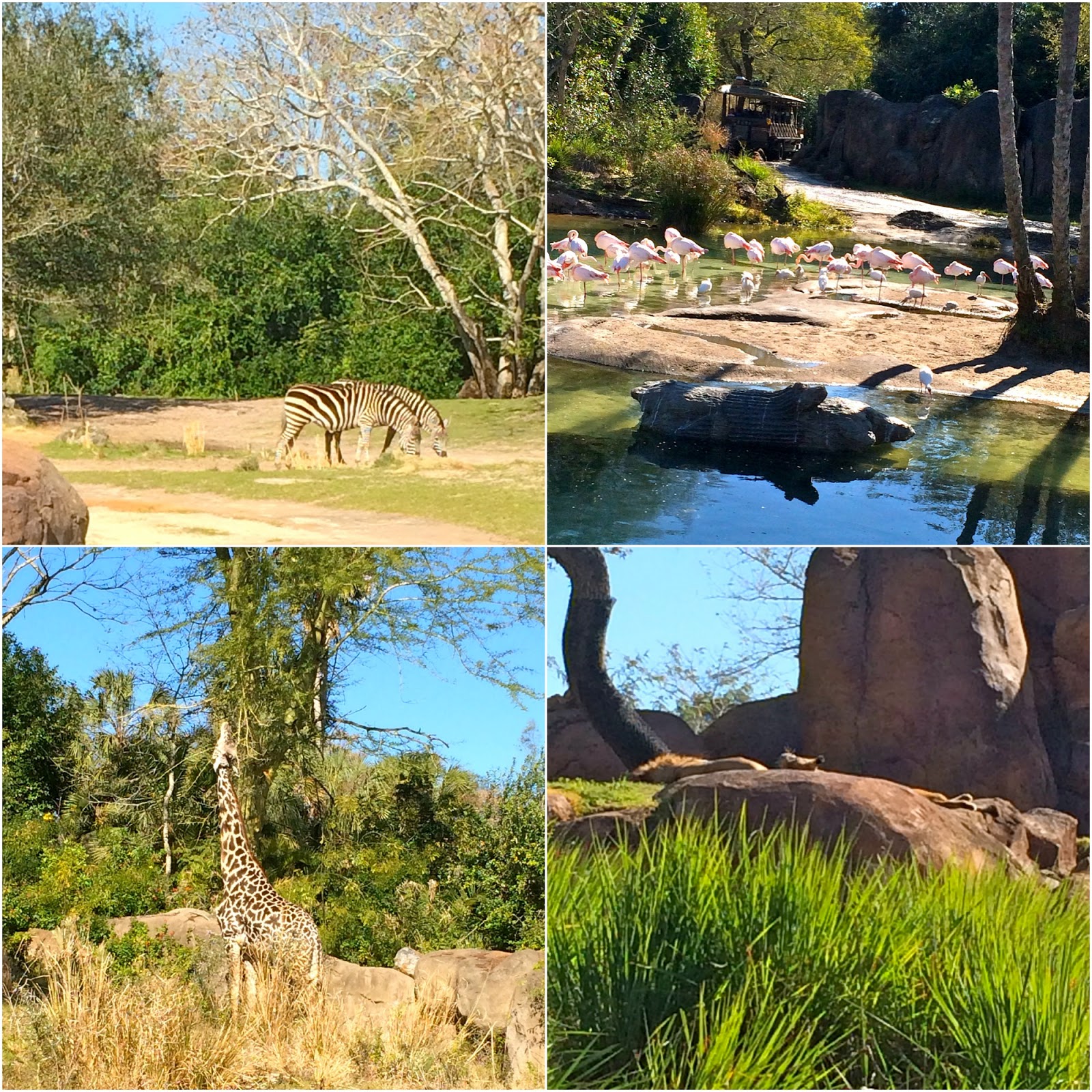 Thanks to Fast Passes and knee scooters we went straight to see the Lion King performance after the Safari. My knee scooter even got us front row seats! 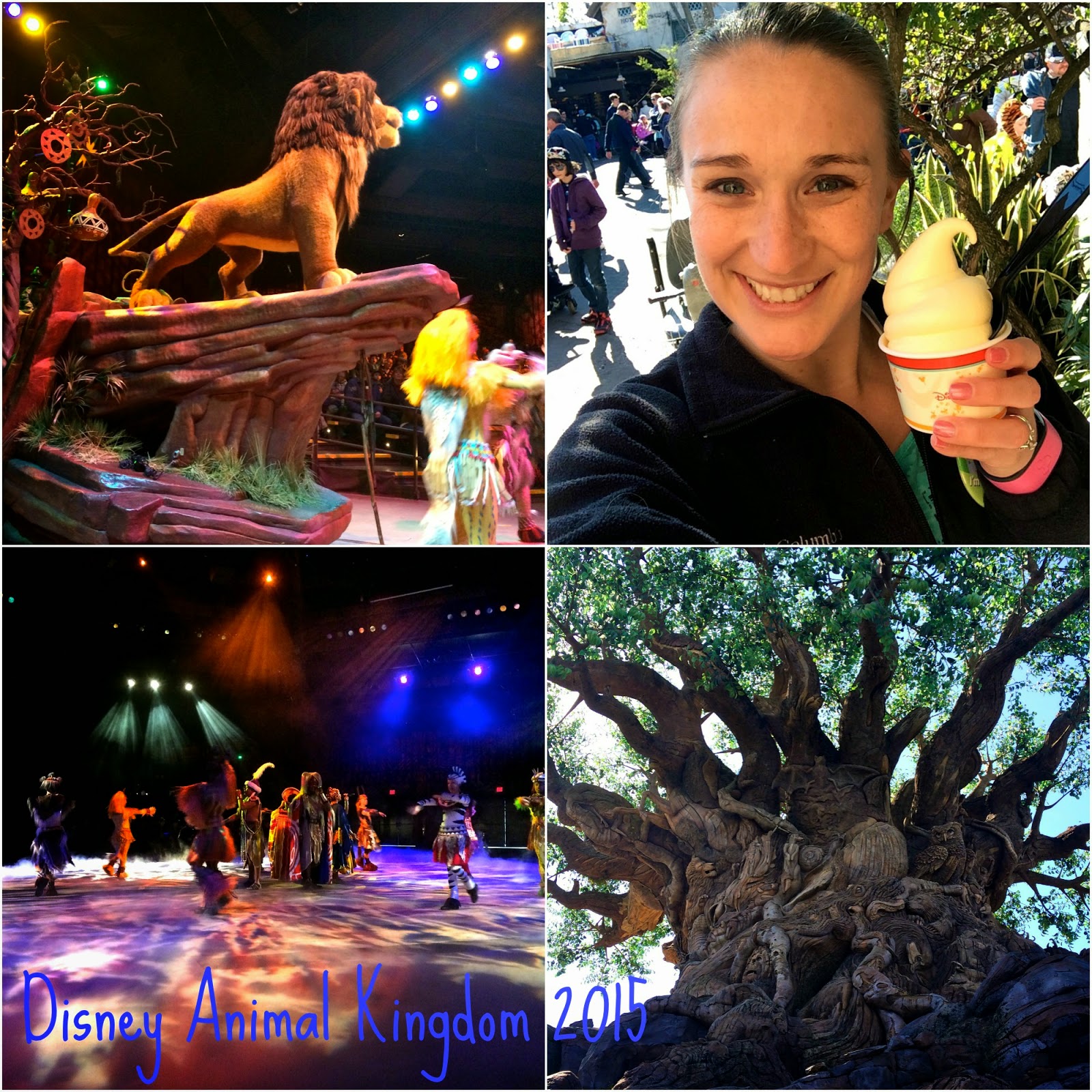 By now, it was already time for lunch, so we went to Yak and Yeti for delicious Asian cuisine. Disney does food right I must say. We opted to share a few dishes that didn’t disappoint. Of course 4am wake up calls plus lots of walking/running around equals four hungry girls so no pictures were taken 🙂

After lunch, Ashley and Julie went to ride Everest the roller coaster, so Alison and I headed over to Dinoland for some fun! 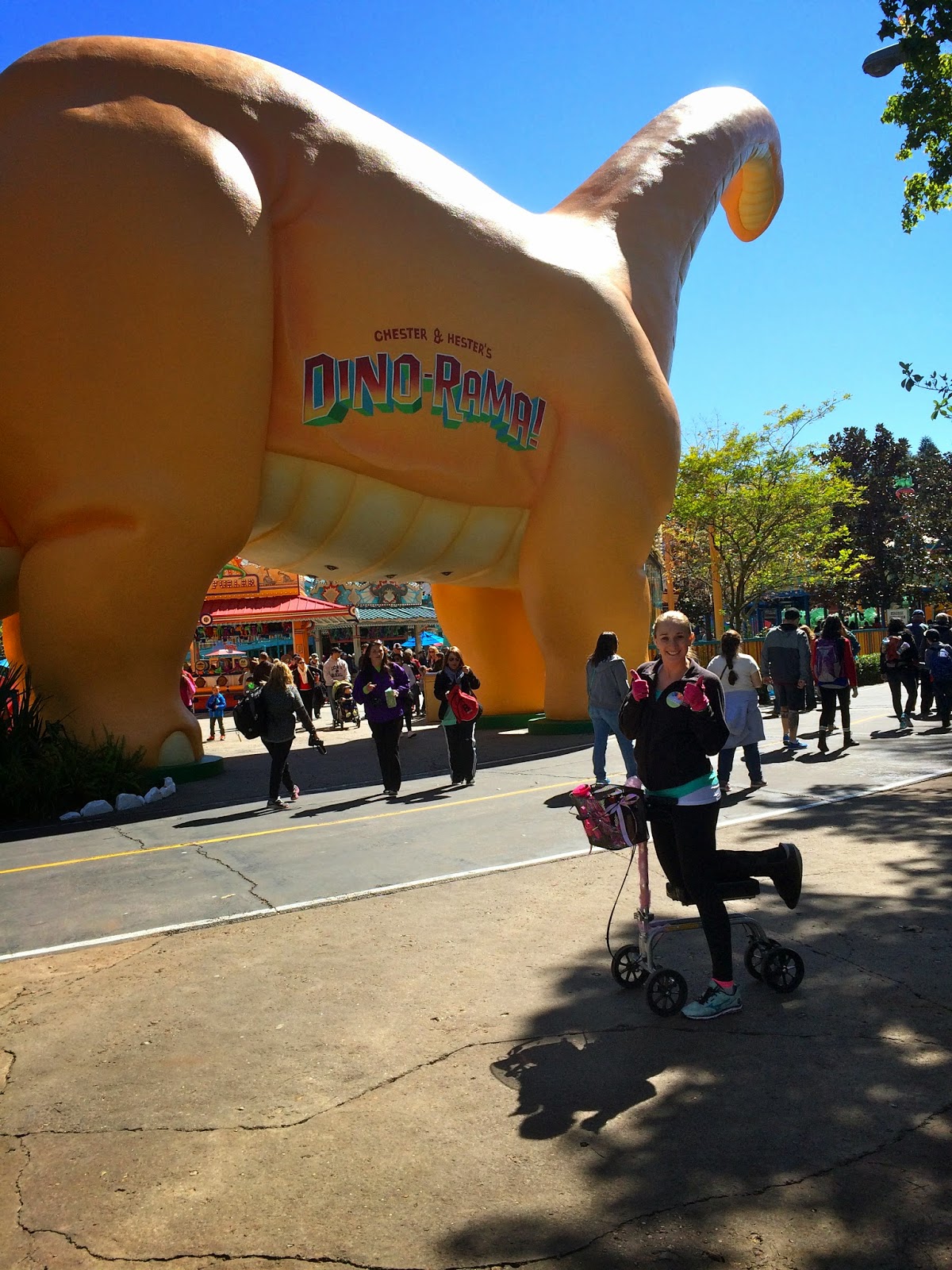 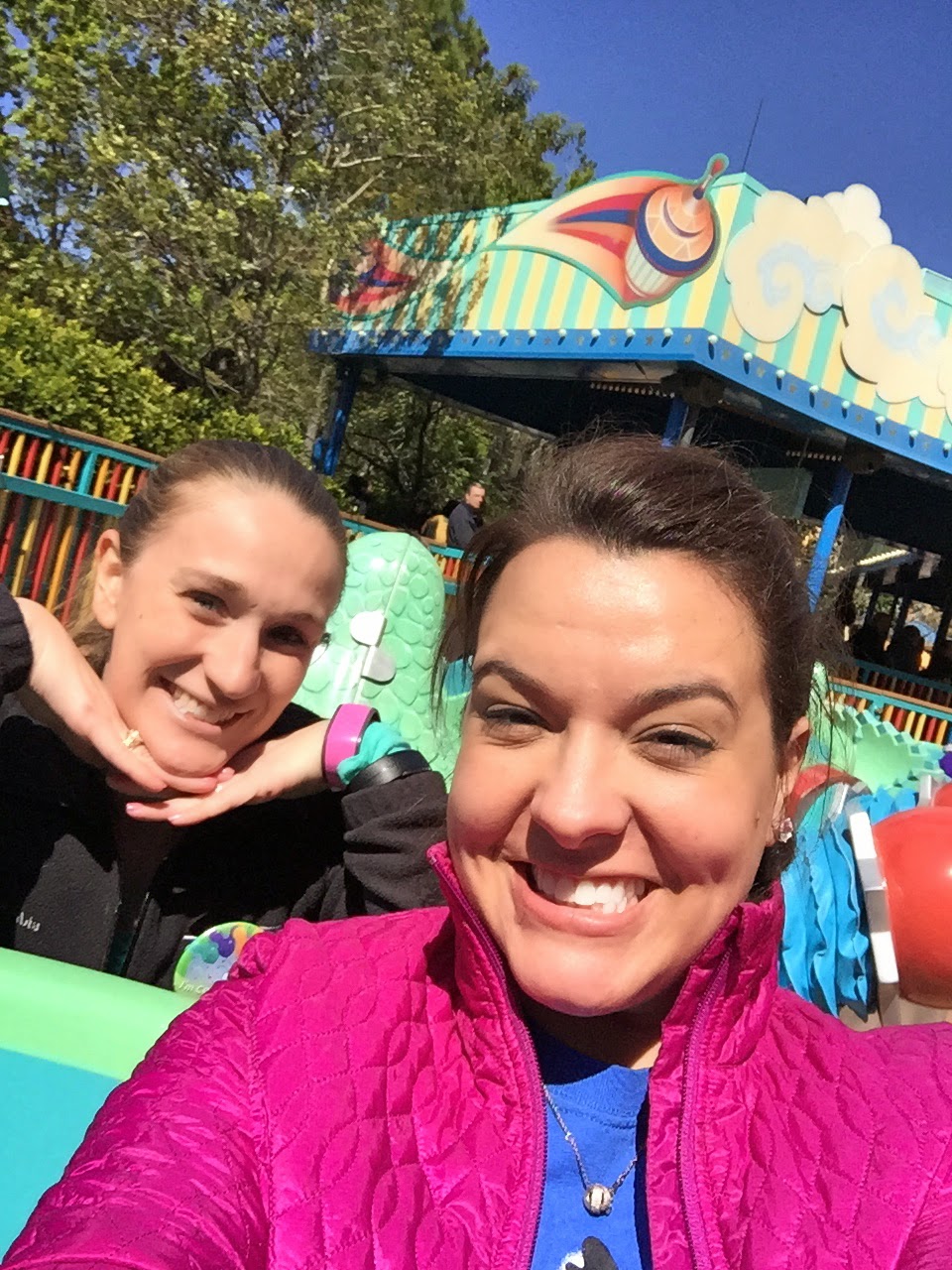 The girls met back up and we finished off all the awesome dinosaur rides and even got a group picture with Goofy and Pluto! Animal Kingdom did not disappoint. 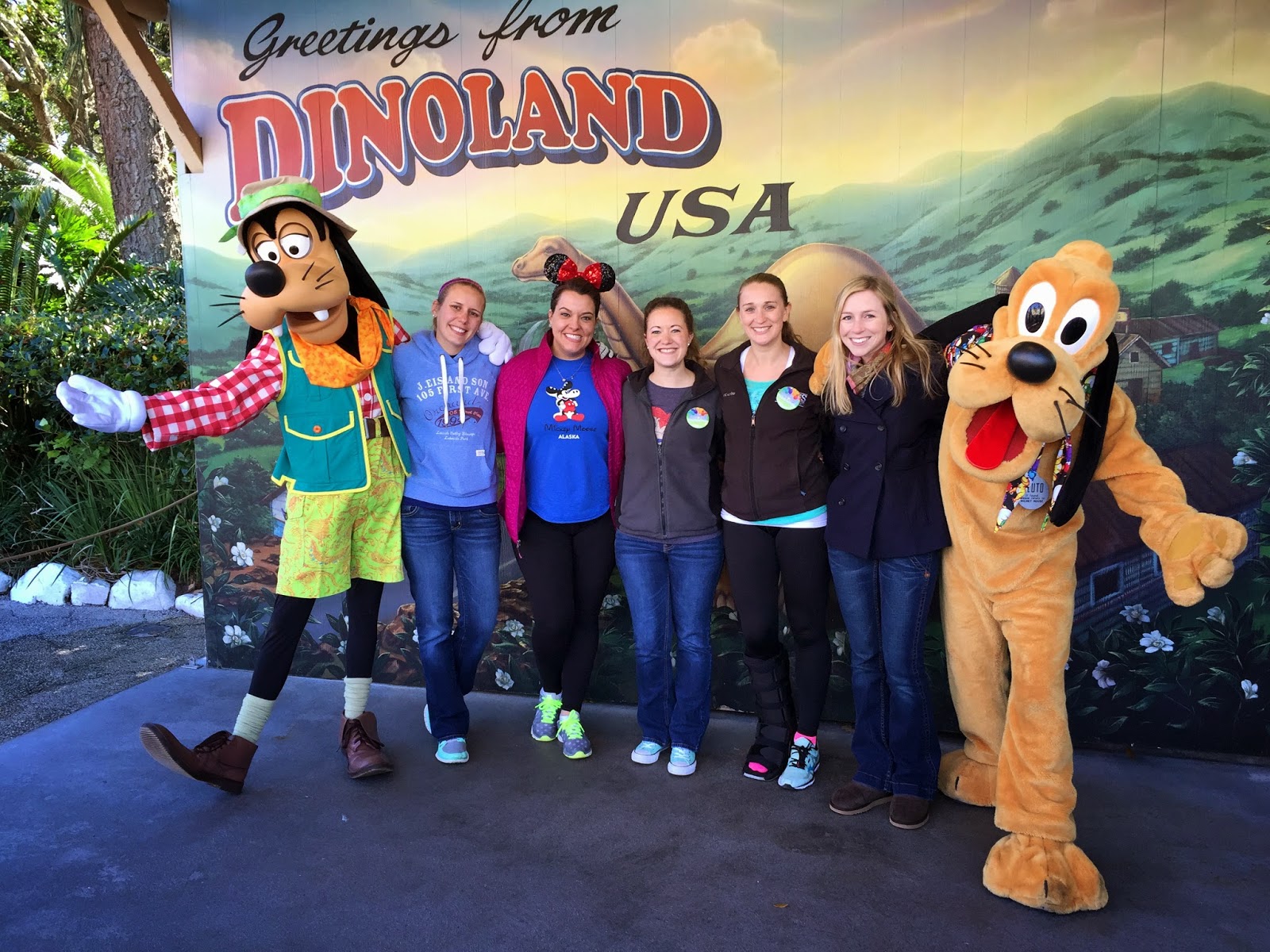 Since we were able to get to the park as soon as it opened, we were ready to leave around 4pm which gave us time to hit up a few shops at Downtown Disney before dinner and bedtime! The next morning was another early one for Julie and Alison! More on Saturday of our Disney trip later this week!