…the sweetest of smiles and a cute little nose! That’s right, we’re expecting! Many of you found out this past Sunday when JP and I ran the Aramco Houston Half Marathon . For those of you who didn’t know…surprise! {Follow me on Instagram!} 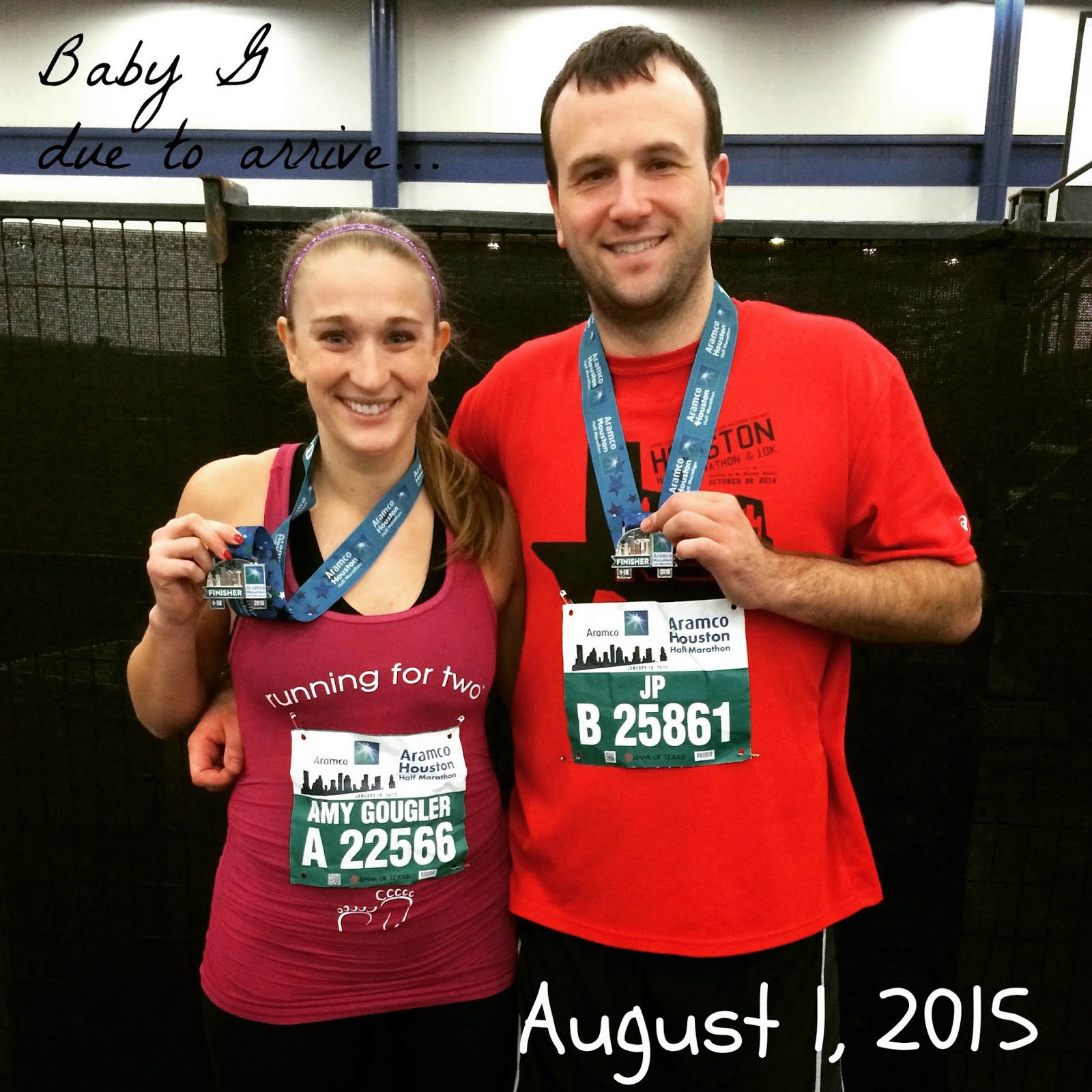 To say that JP and I are elated would be an understatement. We are beyond happy and so ready to welcome a little Gougler into the world. The amount of love and support that we have received is unbelievable and I know this baby will be loved and spoiled rotten. Did I mention he/she will be the first grandbaby for both sets of parents? Yes, spoiled indeed.

Now onto the good part, how I found out and told the family! I actually took a pregnancy test before Thanksgiving and it came back negative. It was the first time I felt bummed. In fact, I cried to JP about it because for some reason, I really thought I was pregnant! We went to College Station for Thanksgiving and enjoyed the day with our family, tailgated that evening and went to the A&M vs LSU football game to round out the night. Everything was normal, nothing out of the ordinary. The day after, we were traveling back to Sugar Land to see my family and I felt really nauseous. I assumed that I was car sick because that happens enough for it to seem normal. It wasn’t until the next day that I really suspected something. I got up the following morning to go for a run. I had 10 miles planned but didn’t make it past 8. A few miles in…TMI alert…my boobs started hurting so bad! Like to the point of tears. I managed to finish out 8 miles, but it was seriously painful. I ended up testing the following morning (November 30th) and it was positive! I couldn’t believe it since I had gotten a negative just a week before. It turns out, I had my ovulation date off by just a bit. I guess it worked out in the end 🙂 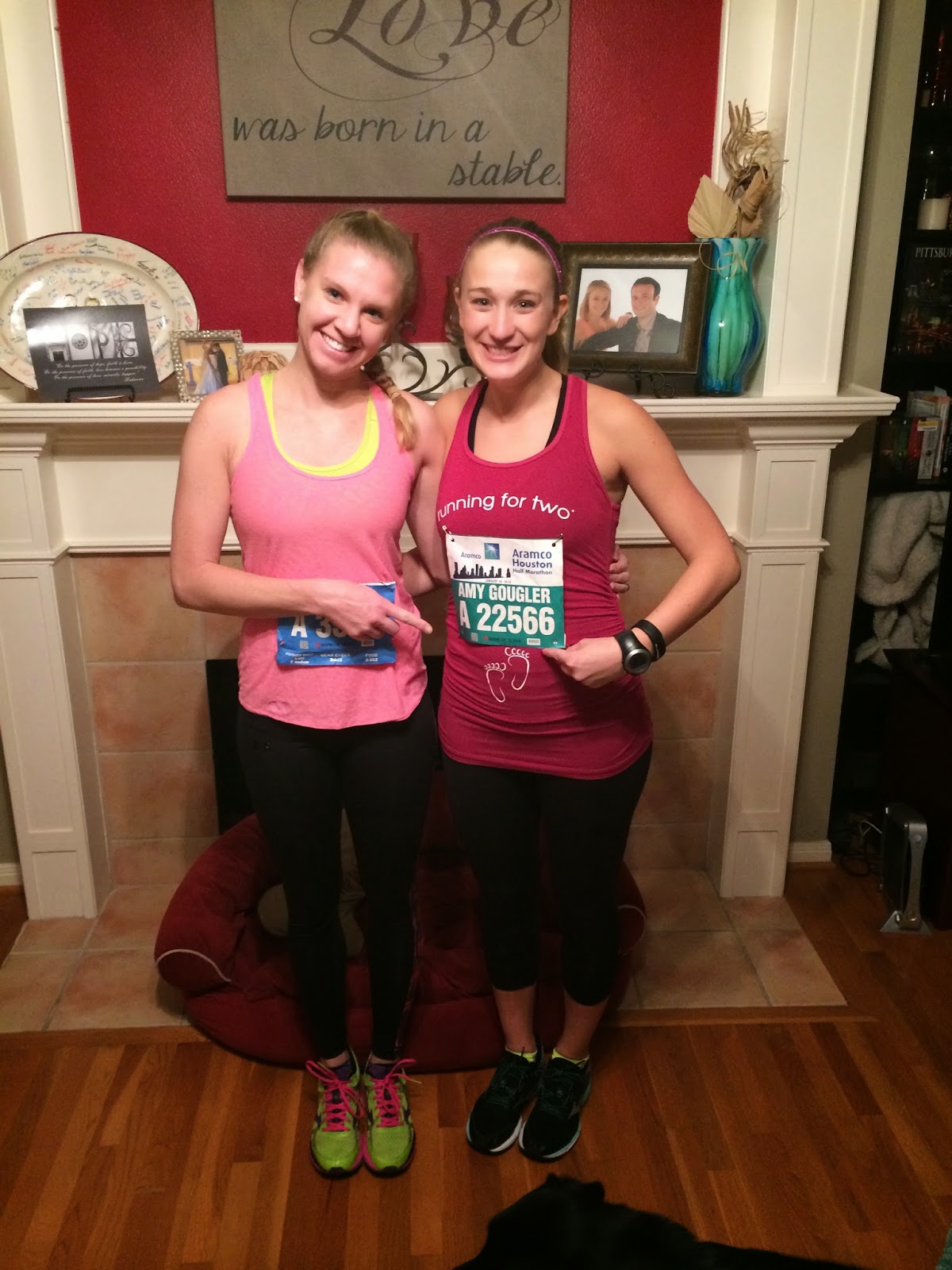 I immediately had to wake JP up and tell him that he was going to be a daddy! I was too excited and it was too big of a secret for me to think of anything cute to do on the fly, so I really just shouted it at him. Romantic, I know. I told my mom later that day with a picture of the positive pregnancy test that said, “Only the best moms are promoted to grandmas!” She made me tell dad right away, so he didn’t get anything cute either. Emily found out the next day since she was living with us! It was hard enough to keep it a secret from her until Monday, so I knew that she needed to find out immediately.

I kept our little secret on the down low for a while because I wanted to have my first doctors appointment before too many people knew. I ended up telling Ashley and Alison at our little Christmas celebration the day after my appointment! 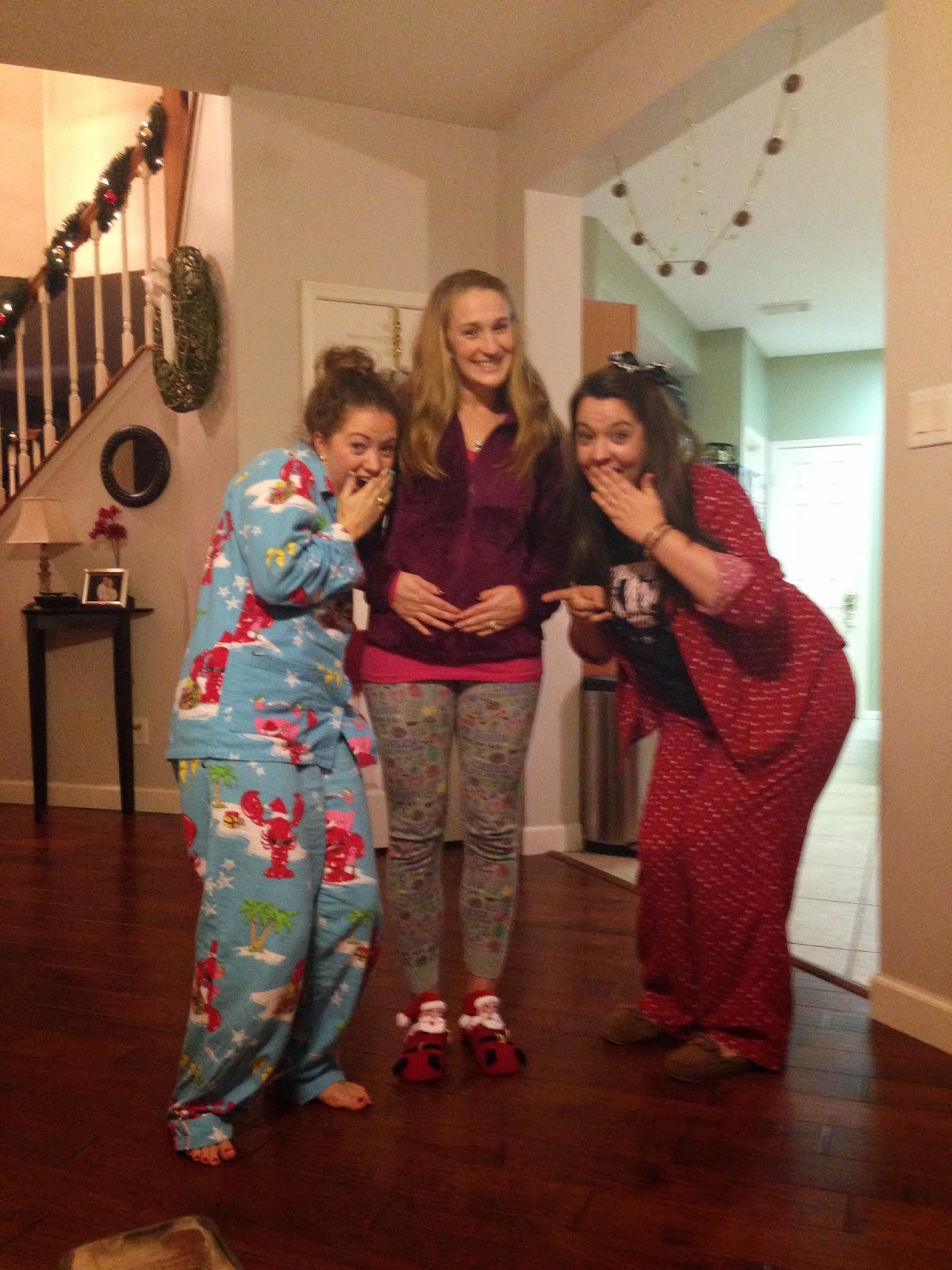 Christmas Eve is when I told my brothers, followed by my in-laws on Christmas day! A wonderful Christmas present if you ask me 🙂 The future Aunts and Uncles got cookies and future grandparents received a picture frame that said Precious Miracle with a picture of the ultrasound! Ben and Matt were confused at first, but figured it out after reading the cookies a time or two. Kate, Jody and Phil had an awesome reaction. Kate looked up at me and said, “Wait, I’m going to be an aunt?!” And Jody yelled, “I’M GOING TO BE A GRANDMA!!!!” at the top of her lungs. It was such a beautiful moment and of course I didn’t think to get it on camera! 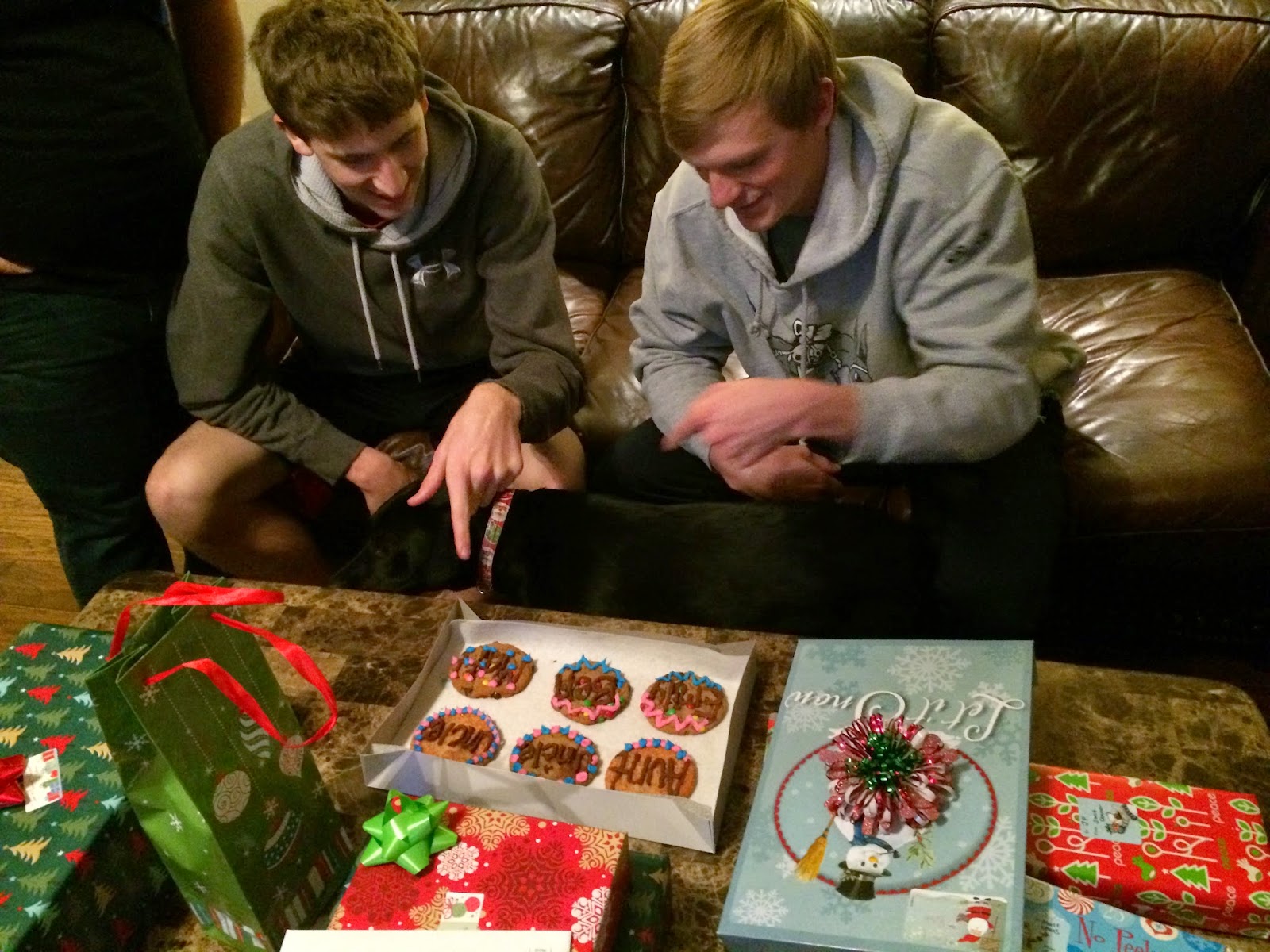 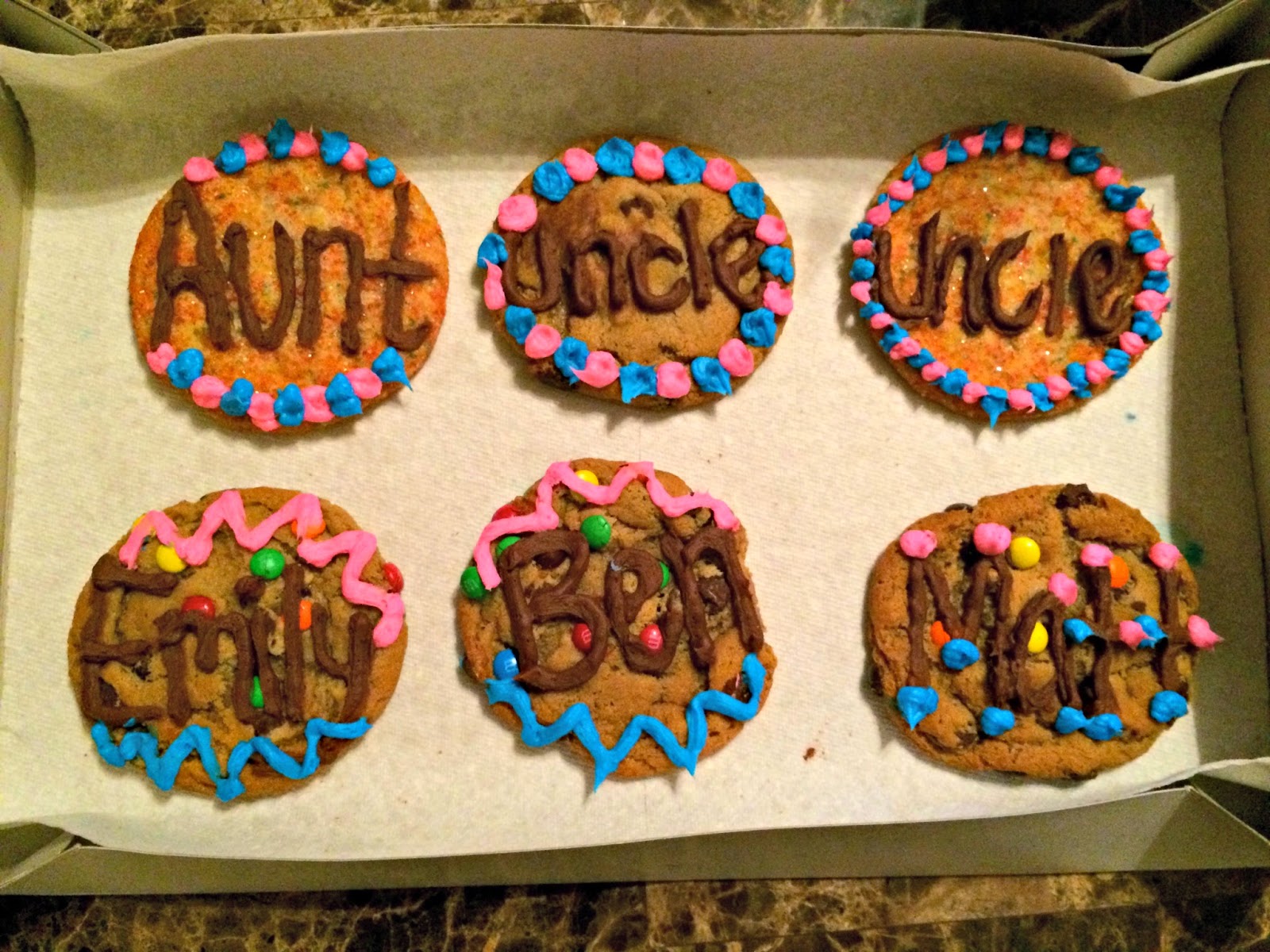 I’m glad the secret it out now. It’s a hard secret to keep especially when you’re kind of out of whack, not feeling well and really, really tired. I’ll talk more about how I made it through the first trimester with my job and what not later on. I don’t want this to turn into a mommy or pregnancy blog, but I will be talking about it. It is the biggest thing in my life right now! Running and workouts and fitness will still be here, don’t worry!