On Sunday, I loaded my pictures to my Mac and put them into a blog post with the full intention of getting Monday’s post scheduled and ready by Sunday night. Instead I was just very tired and laid on the couch post photo upload. I thought I was just tired because of my long, exhausting and super fun weekend. Nope, turns out I’m sick. Pretty darn sick. This could also be attributed to my weekend, but one of my colleagues was sick all weekend with the same symptoms I have. So put the two together and it was only fate that I come down with something.

This weekend was amazing, but I got beat up. My entire left leg is scraped, bruised, heated and swollen. And I mean entire from my thigh down to my ankle, I’m practically black, blue and red. Almost patriotic. So in addition to my leg, I feel like crap and I’m not able to go to work today. Oh and just to top things off, my car battery died over the weekend and I found out Monday morning trying to get to work. I had to run back to the house to pick up JP. Thank goodness work is less than 10 minutes away for us! 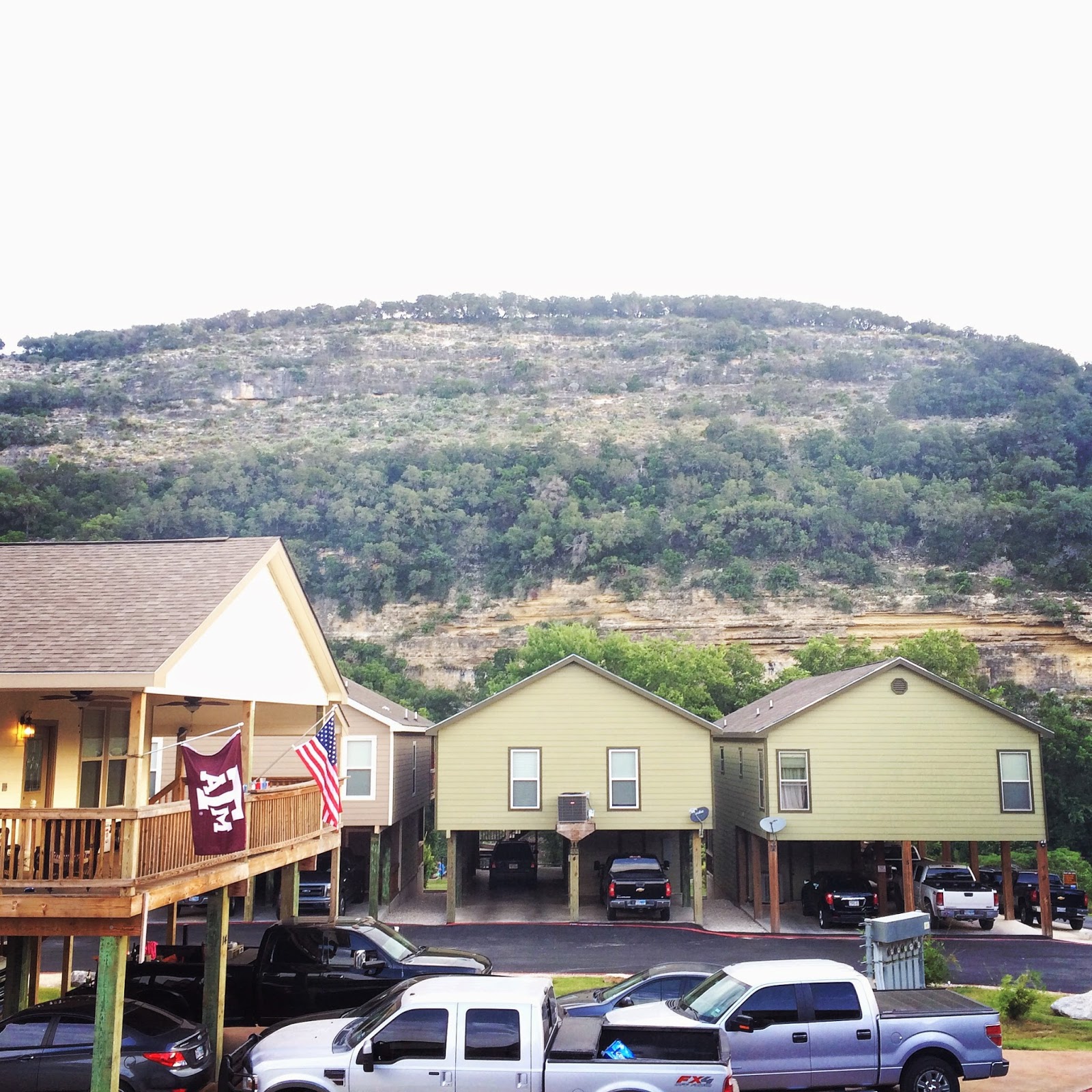 We were there Thursday through Sunday and had sunshine all day long!

Thursday we got there just after lunch and immediately unpacked and got ready to float! We stayed on the Guadalupe, so Thursday we hopped on a bus that took us up the river then we floated down to where our house was! Simple as that.

Friday we were up and at ’em earlier than we would have liked. Clearly we’re getting older and it’s harder for us to all sleep in! 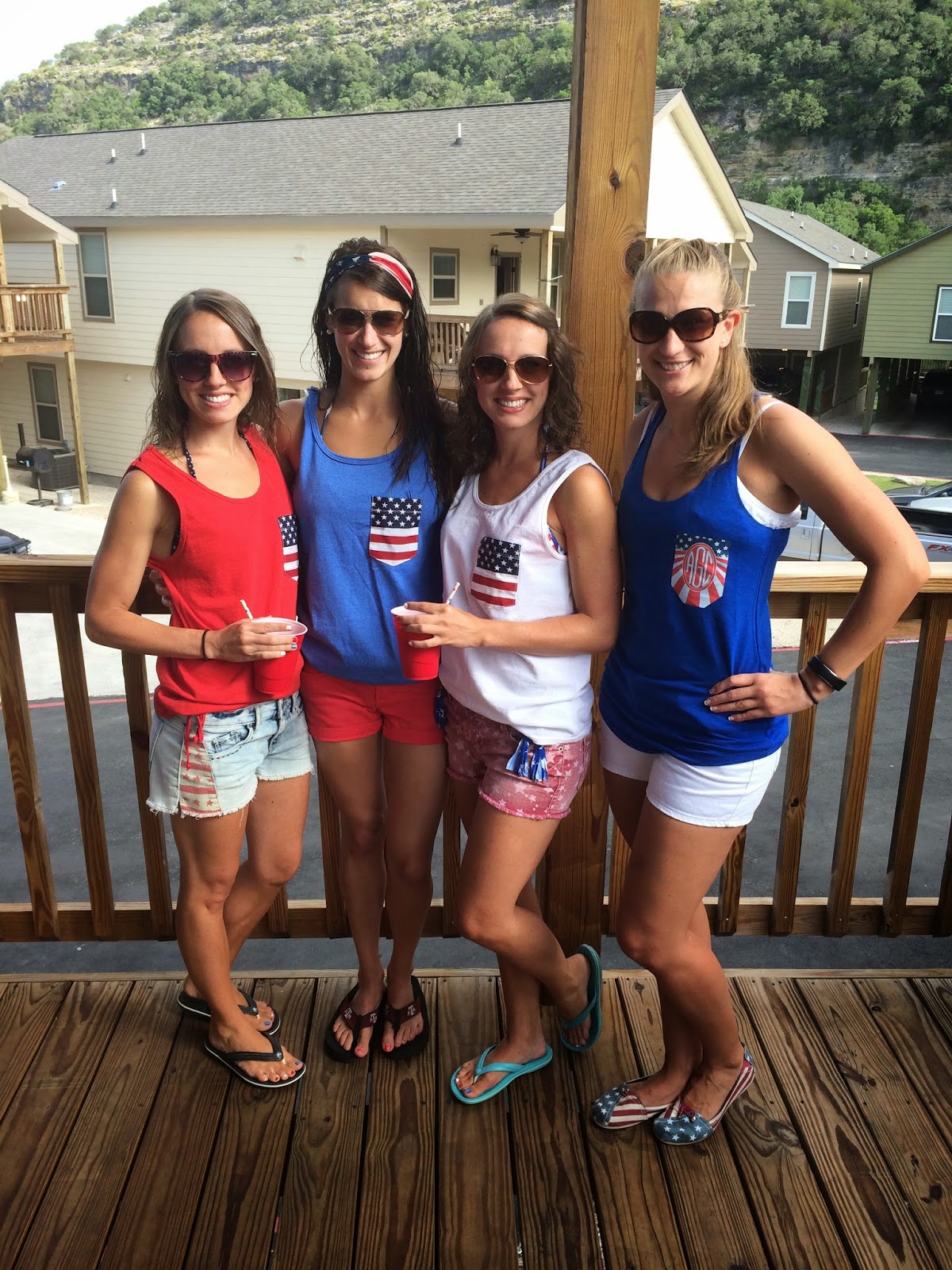 We decided to float again after lunch. This time we floated from our house further down the river. This is the float that turned bad for me. Melanie and I were separated from the group along with JP and Jason. JP was tubeless and all three coolers were connected to us somehow. JP ended up in my tube and I ended up dragging us down the river. It was rough. I ended up battered and bruised up and down my left leg. I definitely got a workout out of that one!

After the float we had to quickly change, shove a bit of food in our faces and hurry to the concert! 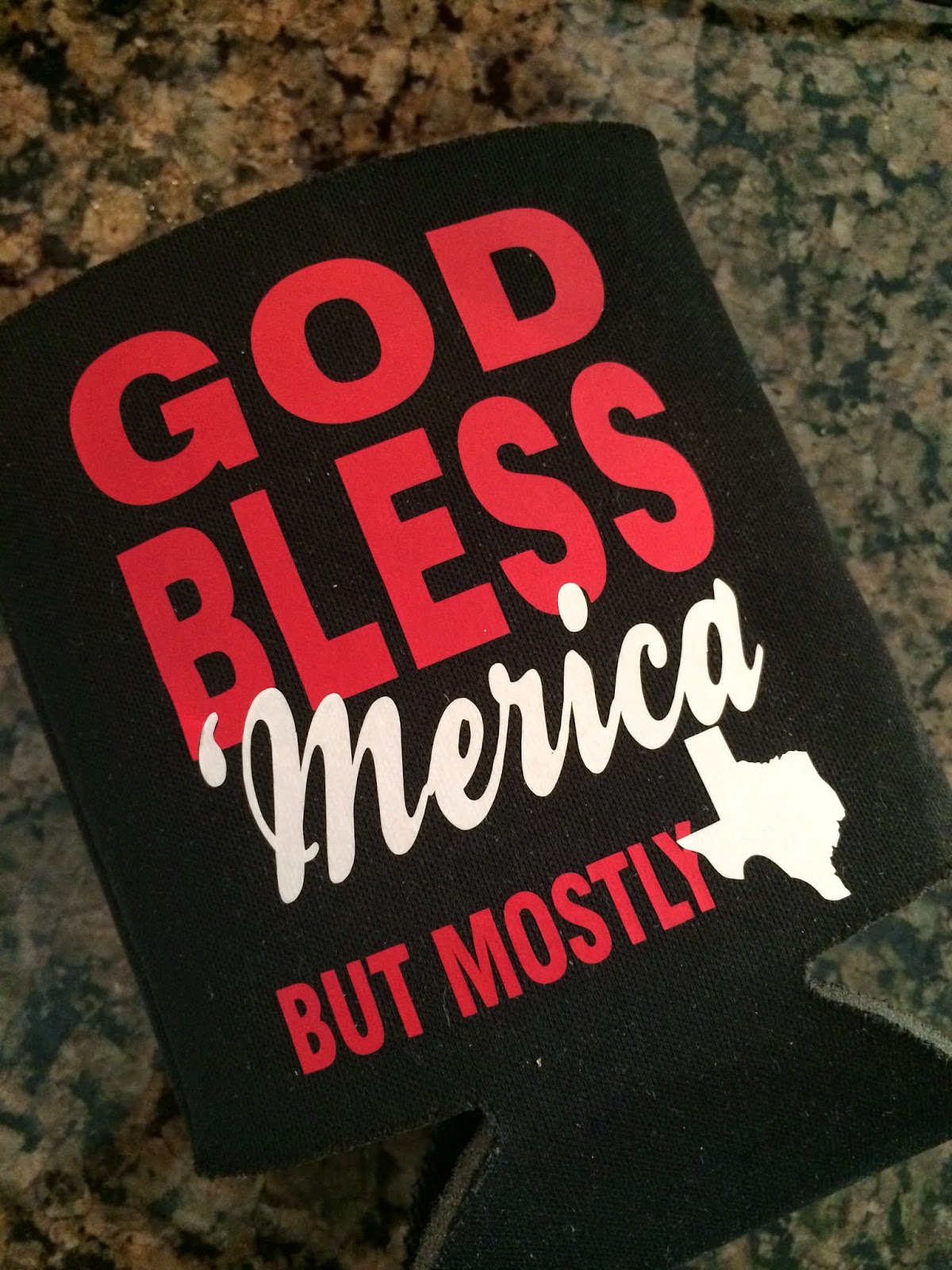 Friday night most of us went out to see Eli Young Band at Whitewater Amphitheater. I loved the opener, but EYB disappointed me. They played mostly new songs that we hadn’t heard and barely any of their old stuff that made me love them to begin with!

Saturday was another early-ish start, but we decided against floating after our hellish float on the 4th. Instead we took our chairs and coolers down to the river and just planted ourselves. The good thing about this is that we actually ate all three meals. Very important to this girl. 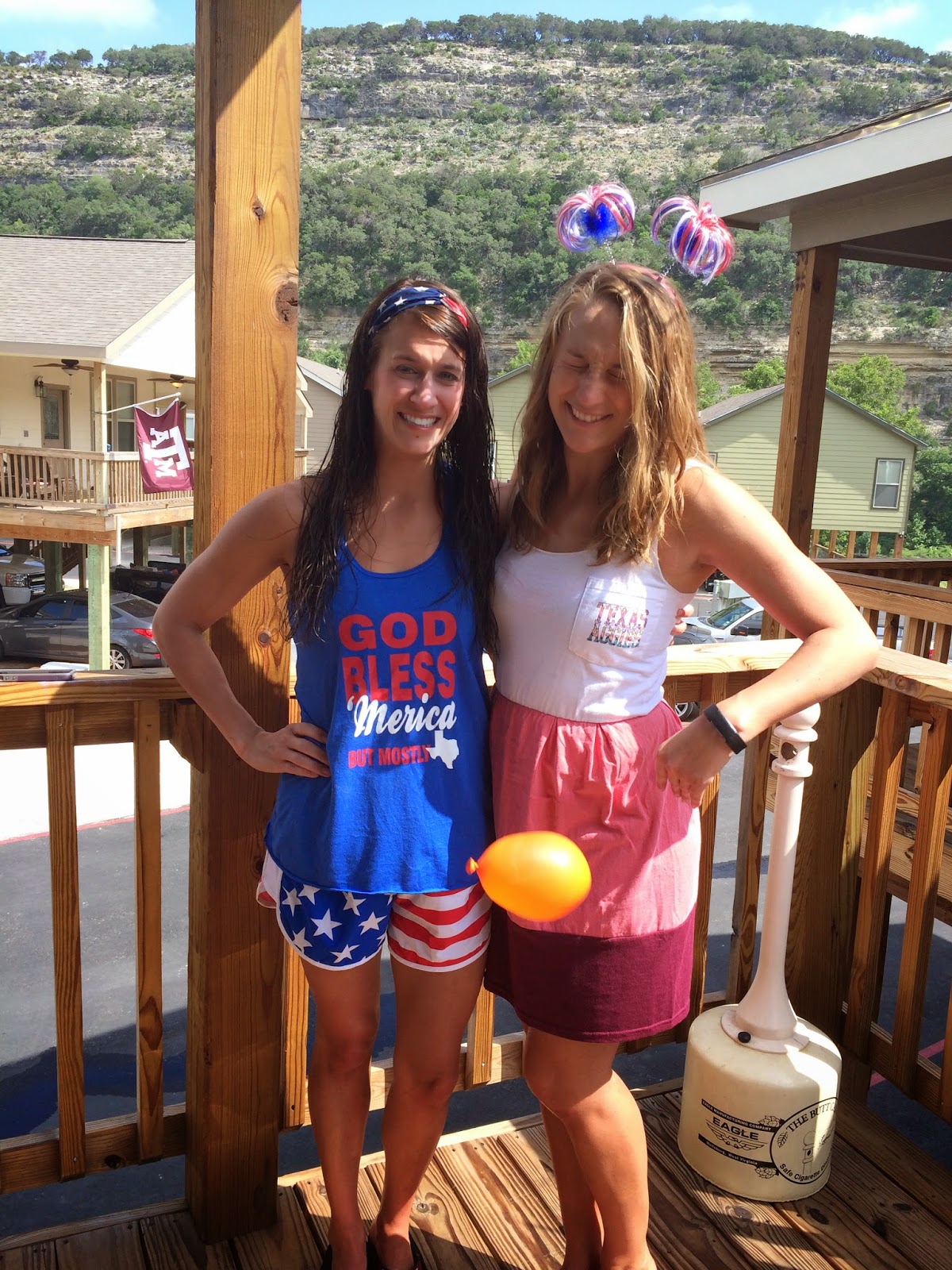 Before heading down to the river, Heather filled up a ton of water balloons which ended in an awesome water balloon fight. You can see the beginning stages in the picture above. Ryan threw just as JP was taking the picture! I was preparing for the blast, clearly. 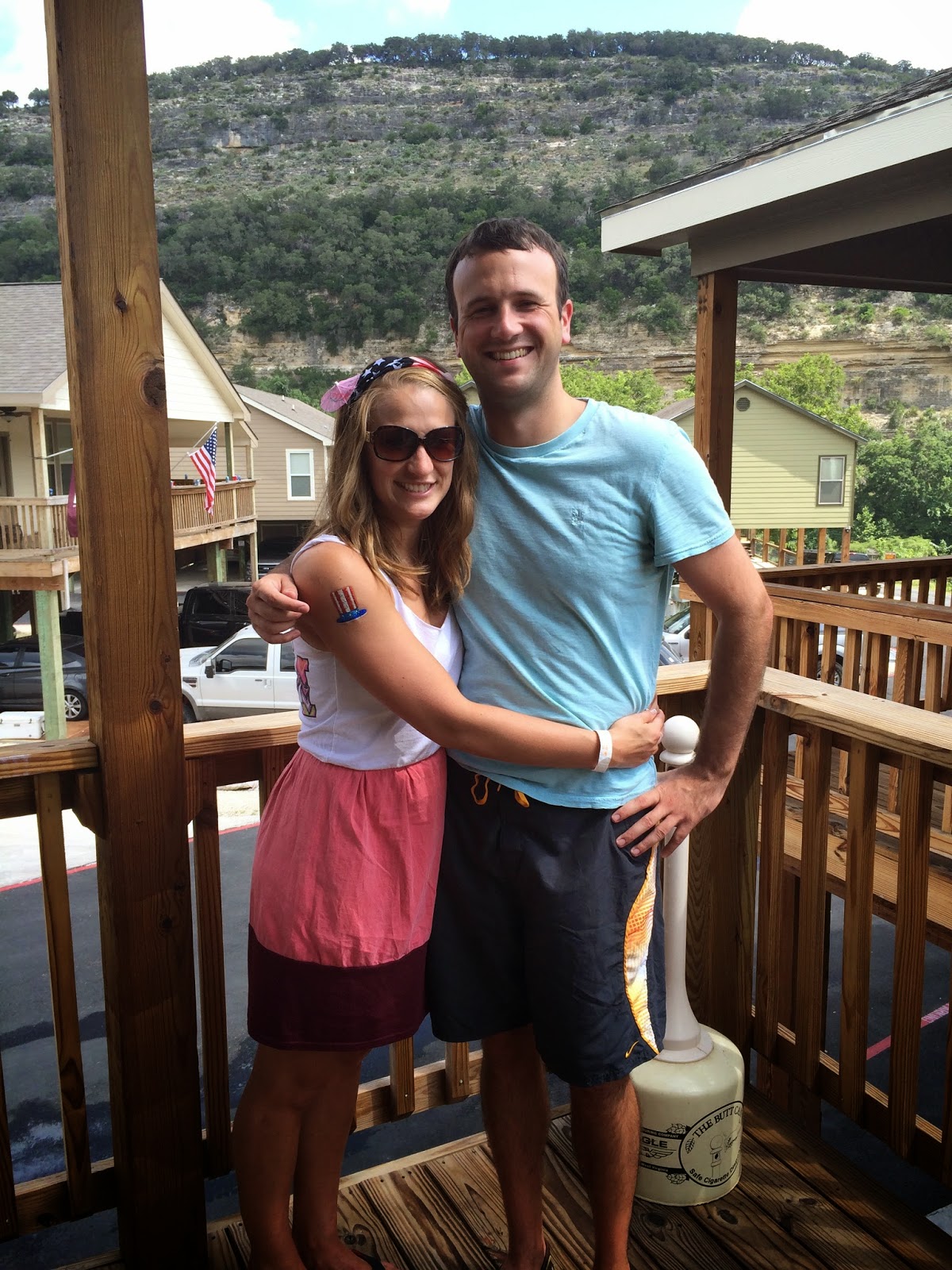 After sitting in the river all day, we cooked up some yummy dinner before heading back to Whitewater Amphitheater for the Turnpike Troubadours show! Oh and guess who the opener was…Jerry Jeff Walker! Anyone who knows old school country knows JJW and he was just adorable and I kind of want to party with him 🙂 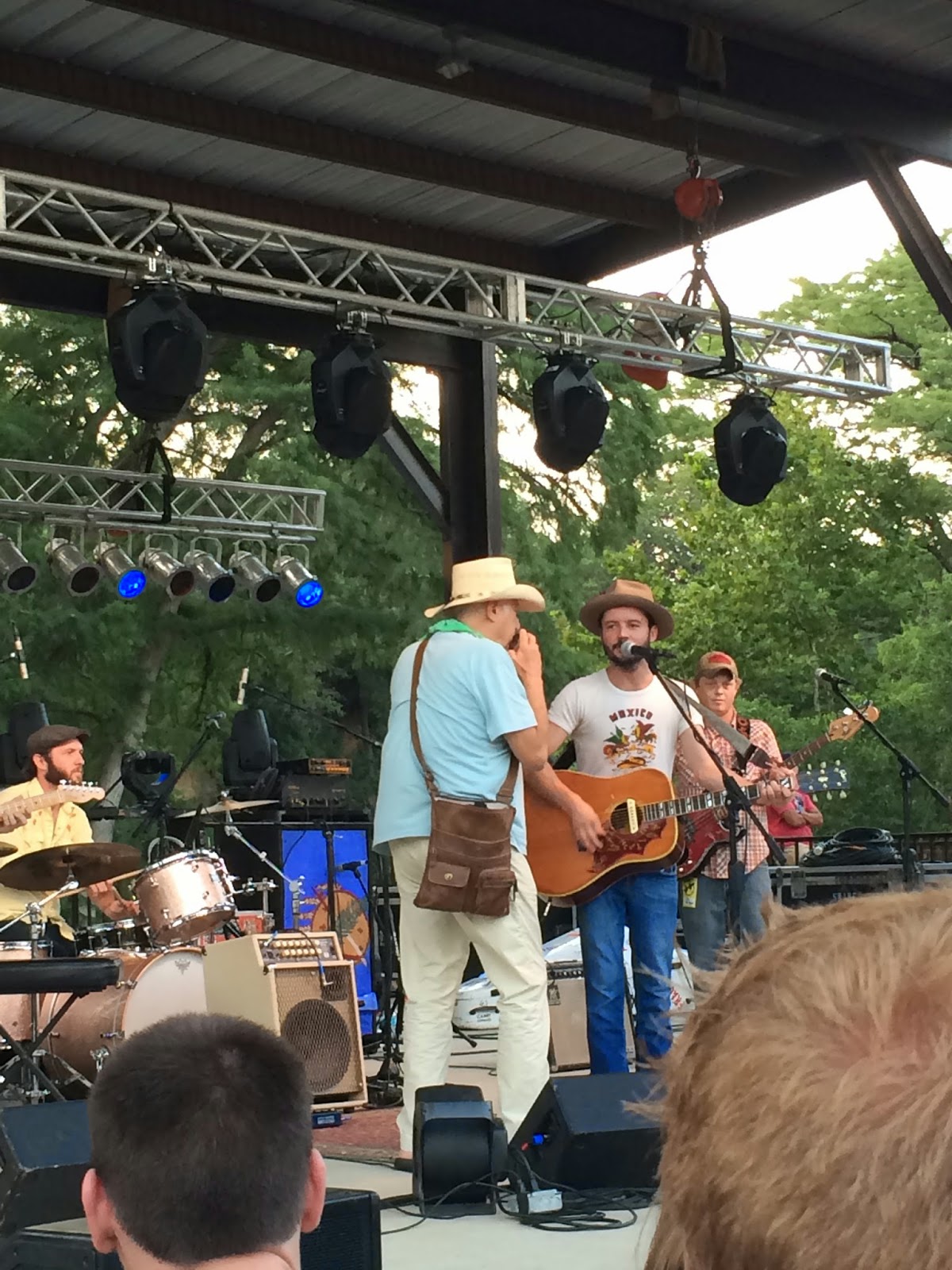 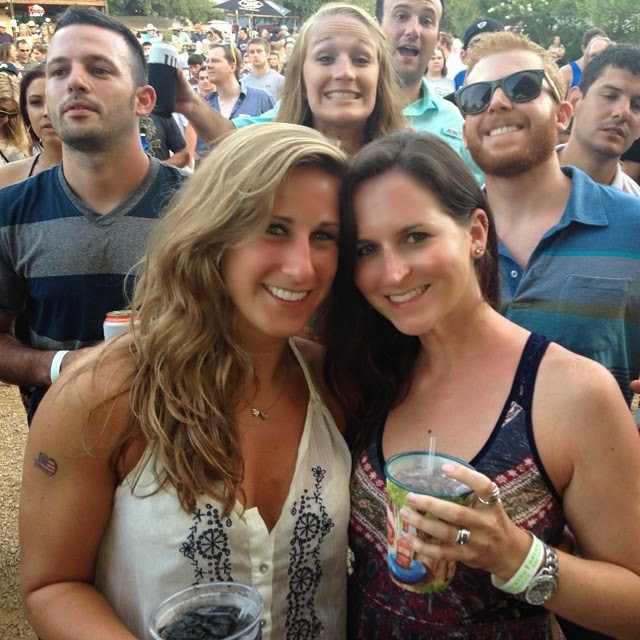 I hadn’t listened to the Turnpike Troubadours much at all before the river, but we had tons of their songs on our playlists and I felt like I knew them by concert time. They put on an AMAZING show! If you like Texas country, you need to find them. Look them up on Spotify and you won’t be disappointed!

Sunday we were out of there by 9:00am in order to beat I-10 traffic. It was pretty nice to have Sunday to recover before waking up early and entering the real world again Monday morning.

We had such an amazing weekend with great friends that I’ve known for so long. It’s always crazy when we all get together. For everyone’s sake, I left the craziness out of this post 🙂 Let’s just say, we all had an absolutely wonderful time and it’s probably a good thing that Leah has most of our pictures!

Now all this typing has worn me out again so I’m going back to watching Disney movies and laying on the couch with my babies. Until tomorrow y’all! (Hopefully)