It’s official. Aggie football begins tomorrow. I couldn’t be more excited! So today I give you my Friday Five all about Aggie football and why it’s so awesome!

1. Tailgating. Friends, mimosas, fun, washers, beer, shot siren, good food, lots of maroon, College Station, having fun like we’re in college again {and feeling it later!} Tailgating is a blast and let’s just say our group does it right. Best friends we could ever ask for 🙂

2. Aggie Pride and Camaraderie. “There’s a spirit can n’er be told, it’s the spirit of Aggieland.” Seriously, Aggie pride and the camaraderie that comes along with it cannot be matched. I feel so comfortable and at home in College Station. There is an amazing sense of family that draws you in. So many say that as Aggies we are a cult, but really they’re just jealous of the pride we have for our university through thick and thin. I mean I’ve been supporting my Ags since before we were in the SEC and Johnny Football came along!

3. Aggie Band at Half Time. The Aggie band is amazing. Their performances never fail to blow my mind. I look forward to watching them every game. Potty breaks don’t happen at half time, they happen before half time. Fun fact: my father-in-law was in the band when he was at A&M. He played the base horn {aka tuba, but he says that’s not what it’s called} through his junior year. Then he was a drum major {one of those guy with batons leading everyone!} his senior year!

4. Actually having a winning team. We’re actually projected to be good this year. I’m always a little skeptical because we’ve been projected high and overrated before. We’ve also just been completely off the radar, but I’ve loved my Aggies so matter what. I’m excited to see what Johnny Football will do. Will he pull through and be as strong as last year or fall short? Either way, I’m so pumped about September 14th against Alabama at home!!!

5. It’s football. Enough said. It’s football season. It’s really here and it’s really back. Time for cute maroon outfits. Tailgating. Drinking a few too many. Cheering on your home team. Spending time with friends you don’t always get to see that often. Standing in a scorching hot stadium. Yelling at the top of your lungs. Having fun. And hoping that colder weather will find us soon. Here’s to football! 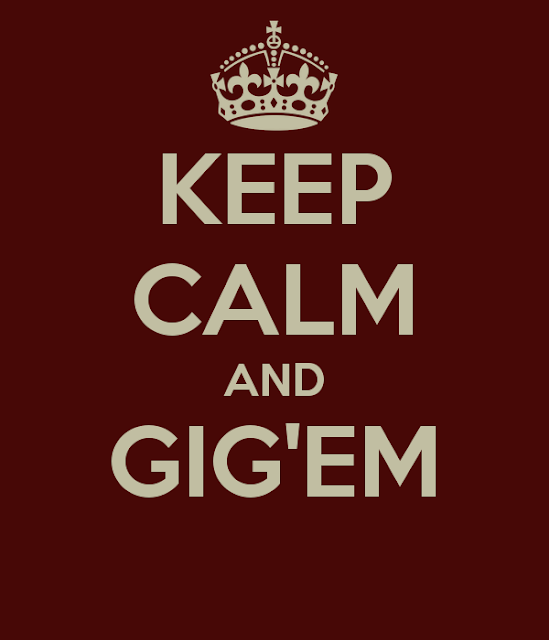