FRIDAY FRIDAY FRIDAY! I am SOOOO happy that you are here. It’s been a ROUGH week for me to say the least. I’ve been in pain for a good amount of the week, so it’s nice to be feeling a bit more normal today. In spite of all the crap that’s happened this week, let’s take a look at some thing that make me smile today!

1.) I survived my root canal.
I didn’t think I would. Y’all I had a mini breakdown beforehand and called my husband and bawled my eyes out. I was so scared. However, I came out alive and I’ll have to get a crown put on next week. After that hopefully I won’t have to go to the dentist until my next cleaning in January.

I feel like the saying, “it can’t be worse than a root canal” needs to go away because root canals aren’t that bad. In fact, since having it my spliting headaches and pain has gone away. I had irreversible pulpitis which meant that my nerve in that tooth was inflamed and it would not go away. My tooth was still alive but in miserable pain, so I opted for the root canal. Thank goodness! All I have to say is that it’s really not as bad as it seems!

2.) I’m going to College Station today!
Happy birthday eve to the best sister-in-love I could ever ask for!!! 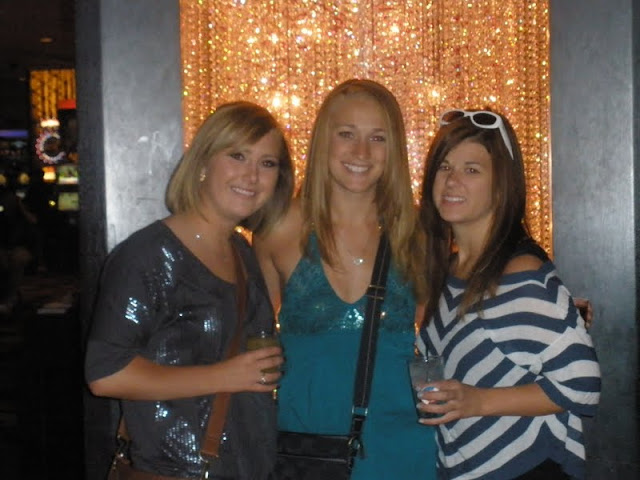 Here we are celebrating her 21st birthday in the best city to celebrate your 21st…VEGAS!!! 23 will be a little more low key with an Aggie brunch Saturday morning followed by what I know will be a SUPER FUN party at my in-loves house! Spending time with family is the best, so I am really looking forward to this weekend!

3.) Marathon training starts this week!
Tomorrow is the first Runner’s High Club meeting for Houston Marathon training! I’m obviously already in training for my September half, but I’m still pumped about Runner’s High starting again. I’ll be doing a bit of extra mileage at the beginning, but it’ll be fun to run with my 3:45 marathon group again! I miss my buddies 🙂 Of course Chandra will be running my extra miles with me because she’s awesome like that.

4.) My babies are adorable and obnoxious at the same time. They took good care of their mommy yesterday though! 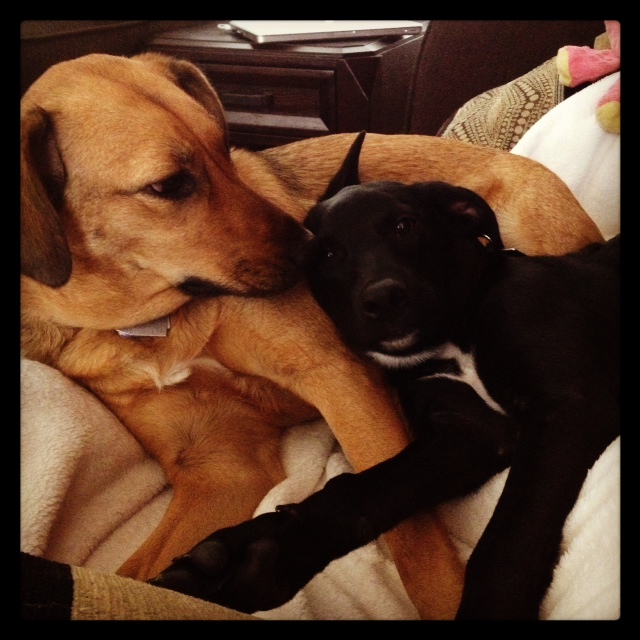 It’s different having two dogs in the house! I love it though. They get along fabulously and play like crazy! Hence the obnoxious part. They were wild with excitement when I came home early yesterday and it took a while for them to realize mommy was tired and hurting. Then they gave me the sweetest puppy snuggles. I live for puppy snuggles…

5.) And the winner of the Nathan handheld water bottle giveaway is Cassie Channell!
I sent you an e-mail Cassie, so hopefully you’ve gotten it! If not, let me know!

I hope y’all have a WONDERFUL Friday and that the end of your work day approaches quickly!!!