Down a back road blowin’ stop signs through the middle every little farm town, with you…

Love me some Florida Georgia Line, but this girl prefers cruisin’ on the Mediterranean, not through little farm towns on back roads. So I’m easily distracted {if y’all hadn’t figured that out for yourselves} and I haven’t finished my cruise recaps. I know I’ve done so many, but I have too many pictures and these places are out of this world 🙂 Well technically they’re clearly on this planet, but far from me and pretty freaking fantastic to visit.

Now it’s time for me to share with y’all some pictures from the actual cruise ship itself! We cruised on with Norwegian Cruise Lines on the Norwegian Epic. It’s a 4,100 passenger boat that started operating in 2010. So pretty much it’s really big and new! 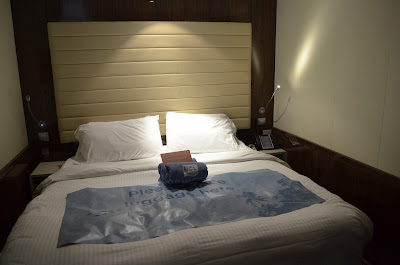 We had an inside cabin on the 12th floor because we knew we wouldn’t spend tons of time in our room, but I needed to be higher up to avoid getting sea sick. It worked for us. Next time, we’ll probably splurge and get a balcony! The beds were comfy and big which is good for my 6’2″ husband who doesn’t like to touch anyone while sleeping 🙂 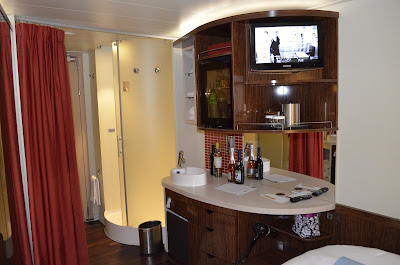 The room design was unique in that there wasn’t a specific bathroom area. There was a curtain divider and both the shower and toilet had glass sliding doors with matted glass so it wasn’t completely see through. 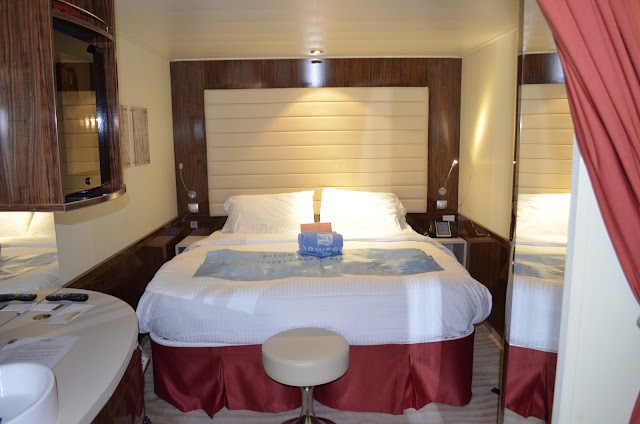 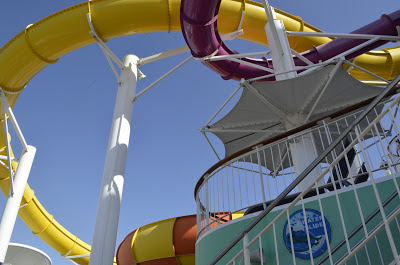 The ship was very kid friendly! Luckily there weren’t tons of kids running around, but the ship itself had tons of activities and accommodations for children! The Lido Deck or “top floor” was so much fun! They had a jogging track, giant chess board, basketball courts, pools, hot tubs, an adult area and slides! 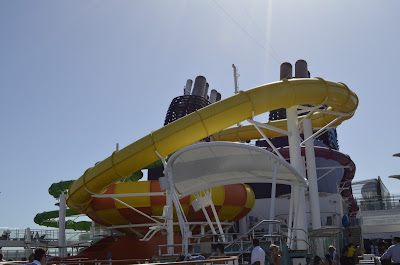 I wanted to go down those slides so freaking bad, but it was just too chilly. Sad day, I guess I’ll just have to go on the ship again. We definitely used the hot tubs though! It was beautiful and sunny outside, but the wind was killer.

One thing I want to commend is Norwegian’s on and off boarding process. It was a breeze! The neat thing about our specific cruise is that people were able to get on the ship in various different locations. The main port is Barcelona, but people got on in Rome {like us}, Marseilles and Naples! Since people were constantly getting on and off, it made the process go by much quicker.

Once we on boarded in Rome, we took advantage of the near empty ship {since most people were off exploring Rome!} and headed straight for food and the pool. This girl needed a drink in her hand 🙂 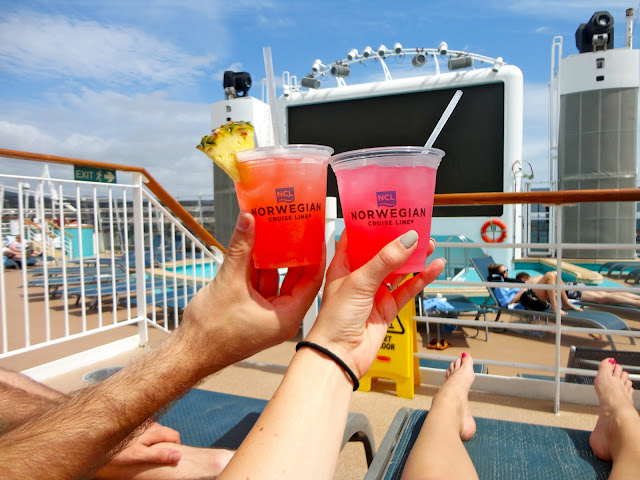 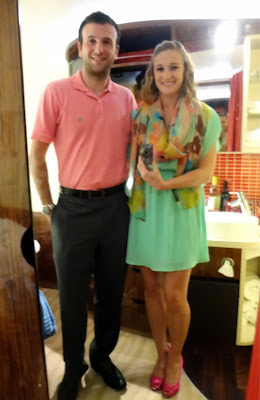 After soaking up the rays for as long as possible, {aka before the yucky wind was too cold for a bikini} we explored the ship, listened to the on boarding presentation and then it was time to get ready for our first dinner! We decided to get dressed up and go to the nicer restaurant for our first night. Really I got dressed up every night 🙂 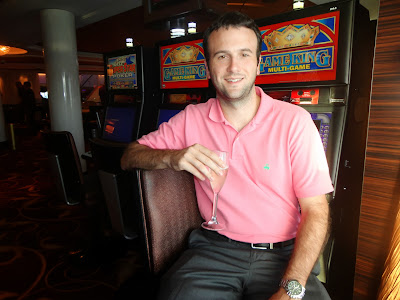 Norwegian has an interesting form of cruise dining called Freestyle. Pretty much, unlike other cruises, you do not have a set dinner time at a set restaurant with a set dress code each night. Instead there is a “formal” restaurant, a more casual restaurant, the buffet, an Irish pub and several specialty restaurants that cost a relatively small extra fee. 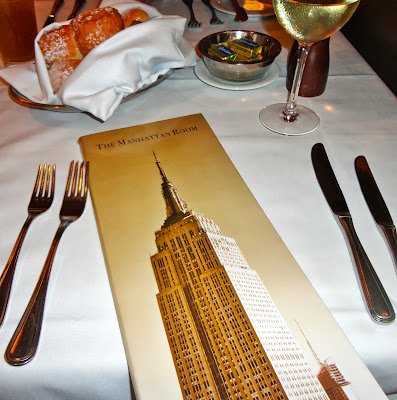 The cool thing about not having a set dining time is that you can eat when you’re hungry. You don’t have to go too early or too late. The bad thing is that there is often a wait. I’m not convinced it’s too much of a problem because you get a free glass of champagne while waiting! I love me some bubbly 🙂

Overall the food was pretty good. Standard cruise food. Sometimes my food wasn’t hot and once we had a terrible waiter who practically ignored us. Most of the time everything was fine though!

Apparently I took zero pictures during the day we were supposed to be in Florence. I blame it on the pouting and the fact that I was feeling pretty crappy and sea sick all day. I did snap a few at dinner time though! 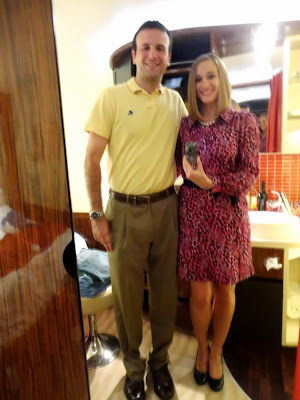 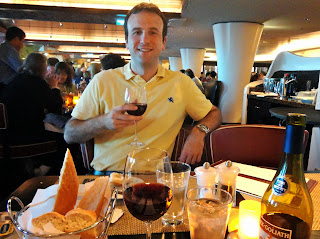 After dinner we went to see the dueling pianos at Howl at the Moon! I love Howl at the Moon and I’ve been in Houston, New Orleans and Destin, so it was fun to see it done on our ship! 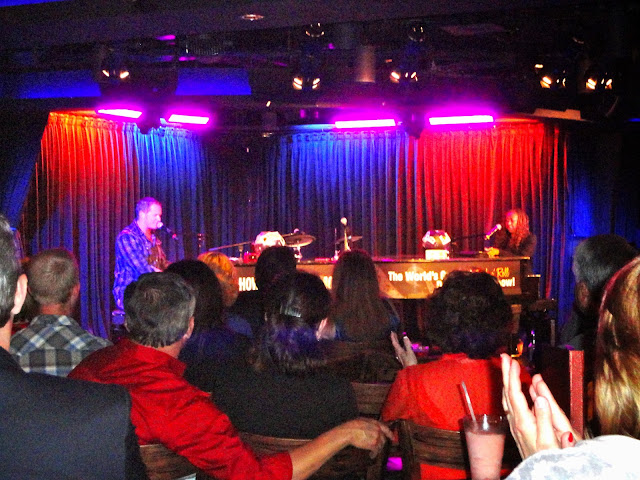 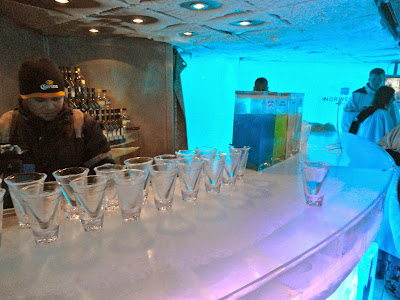 The entertainment and bars on the ship were fantastic! So many options on where to go, what to do and what to see! The Epic has the only Svedka Ice Bar at sea. There are only about a dozen ice bars in the world, so it was a blast to go on the ship with our friends we met the night before.

The bar is literally made of ice, so are the cup and the statues and the chairs…etc… 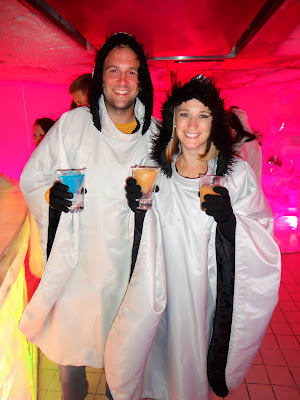 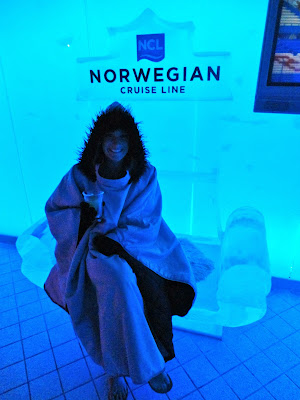 Y’all, it was freezing in there. I was wearing a short dress, a light cardigan and sandals. I’m dumb. I was frozen despite the 2 pairs of gloves that I’m wearing. I had to leave the bar twice to thaw out! To get into the bar you paid $20 and got 2 drink tickets. Apparently we look like fun because people were getting too cold and giving us their tickets! We ended up with about 15 between the 3 of us, so we were good to go for the night! 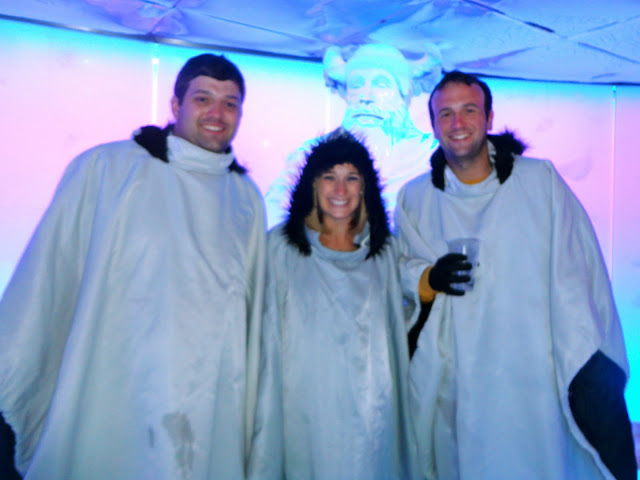 Yup, we look like fun! Unfortunately, Tiffany was packing and didn’t get to join us until later! I did learn my lesson though, next time I find myself going into an ice bar, I will wear more clothes. And close toed shoes. 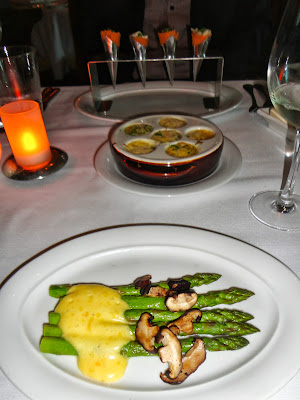 We went to a specialty restaurant after Barcelona to celebrate our anniversary about a month and a half late. It just seemed right though since we spent our honeymoon in Barcelona and this cruise was a combo anniversary and birthday trip for this year!

We had the French restaurant and it was delicious! So many delicious foods that we hadn’t tried before! I had the swordfish steak as my entree and it was amazing.

Desert stole the show though. Creme brulee {sp?} and chocolate fondue with fruit. Yes please. I want it now. 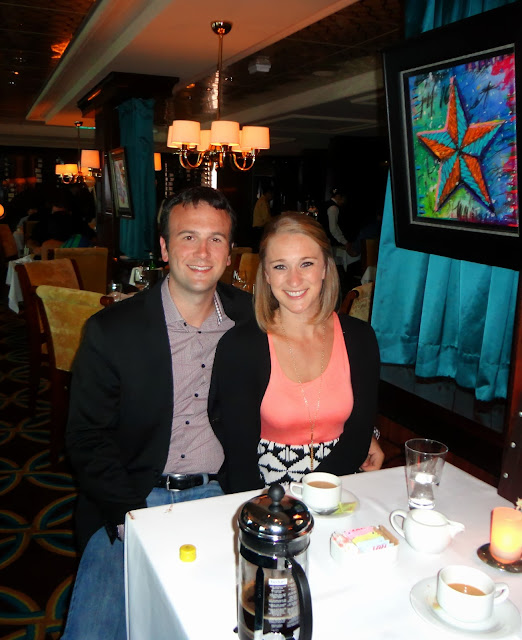 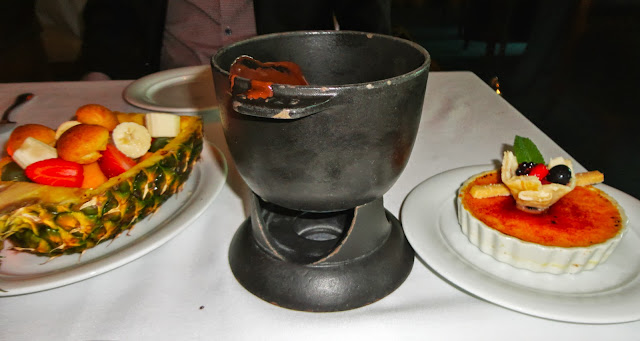 Our planned day at sea was wonderful. It was sunny and not too cold or windy, so after a workout and quick breakfast, this girl was in the sun all day! Poor JP got very sunburned, but he was a tooper! 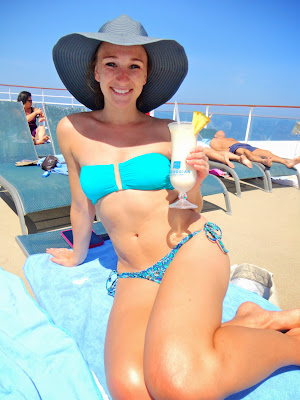 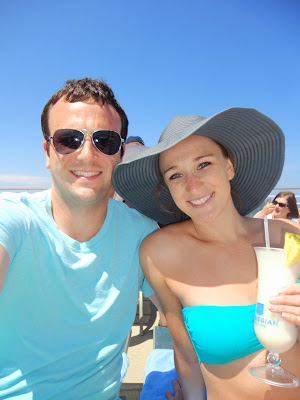 That night was the Capitan’s cocktail party followed by dinner with a view! We were excited to have such a great seat and view of the sunset! 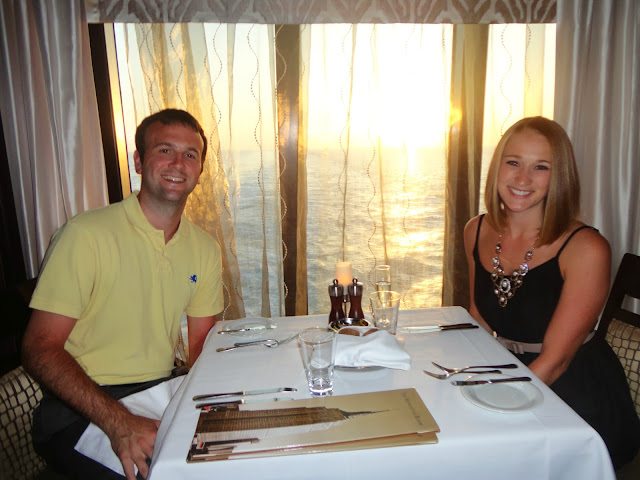 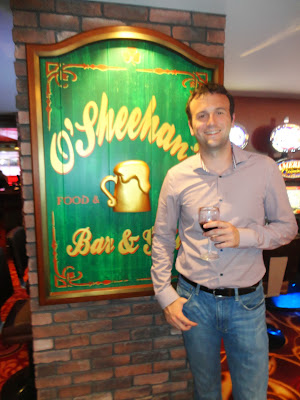 On our last evening, we were spent. We had dinner at the Italian specialty restaurant, played around in the casino…I WON…and I sang karaoke.  It’s tradition. I had to do it. My inner Madonna came out and I sand Like a Virgin. Because I’m cool like that. 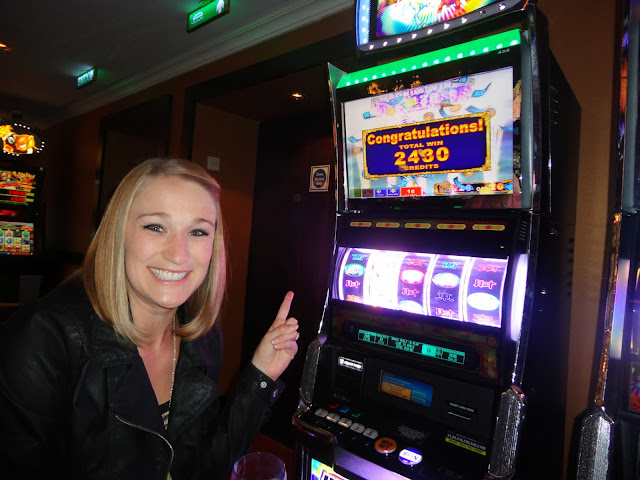 The cruise was amazing. I want to go back now. Sorry this is like one of the longest posts ever and that I didn’t proof read this because it took forever to write. More than likely, most of you are not even reading this part because you didn’t make it to the end. It’s okay, I forgive you. For those of you that are still reading…thanks! You’re the best and I love you forever. Now go have a wonderful Thursday and tomorrow I promise I won’t torture you with the longest post ever again 🙂 K love you bye!