So the real intention of my post today was to finally recap my final day of Disney for Travel Tuesday! Well I’m a huge dummy and didn’t get anything prepared last night. Instead of uploading pictures to Blogger, I sat on my bum, watched Revolution with the hubs and finished a book. Oh and then I went to bed at 9:15pm. Not only that, I’m still not sure why over a month later I haven’t posted about Magic Kingdom!!! It’s safe to say a lot of things have happened in the last month that made me put the post off, but y’all need to see the awesomeness of the most magical place on earth. However, that will not be today.

I do have something else fun planned with pictures I have access to! I thought I’d do a mini recap of an amazing vacation I took in college aka pre-blog days. Since I’m going on a cruise in about 55 days, I decided to talk about Spring Break 2008 when we went on a cruise with our college friends!

Okay, be prepared for a major flashback. Don’t forget to be nice and say hello to 20-year-old baby Amy… 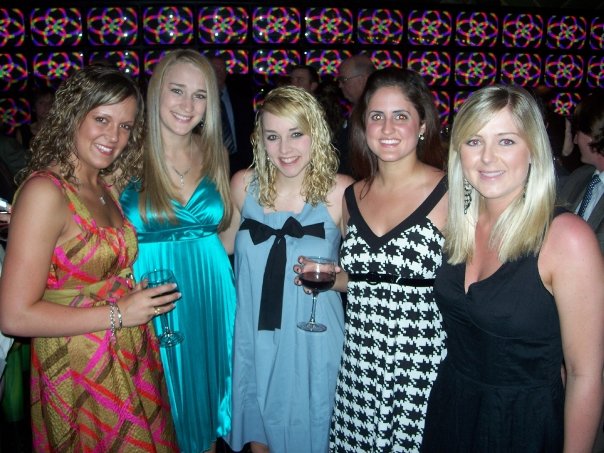 So a huge group of us decided to go on a 7 day Carnival cruise. We were actually invited by two separate groups of friends which made it even more awesome for the hubs and I. {Of course the hubs was only the boyfriend back then!}

To say we had an amazing time would be an understatement. We were never bored on the boat since we know over 30 people. We did all sorts of fun things on shore. And of course we spent too much money on booze. 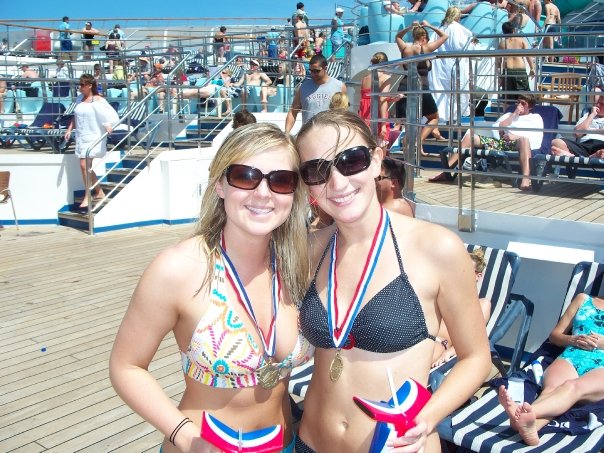 One of my favorite memories was from one of our first days on the ship. We participated in the a Survivor type game and out of the 20 people playing, I came in second. Mostly because the final challenge was eating nasty stuff and my stomach can’t handle that. So naturally, I barely ate any of it. I’m cool with second place though. I got a medal! 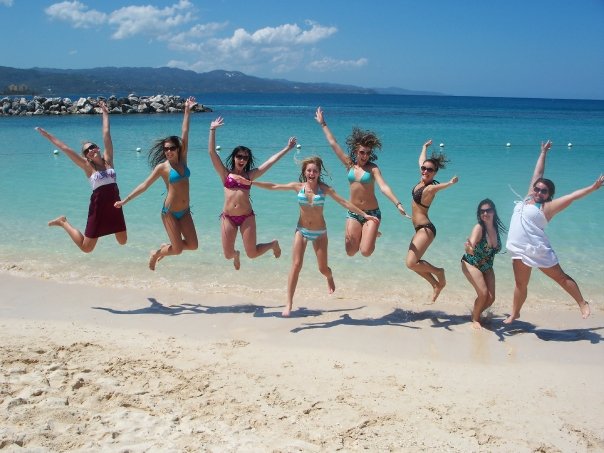 Our first stop was Jamaica! One group of friends took a cab to the beach where we swam and explored for a while before heading over to Margaritaville! There we managed to have several margaritas, play on the water trampoline and go down the AWESOME water slide more times than I can count 🙂

Next stop was in Grand Cayman. The hubs and I decided to forego 7 Mile Beach with our friends to do a fun excursion by ourselves. Naturally, I needed to swim with the stingrays. This was the most exciting and memorable experience of the whole trip. I even got to kiss the stingray for good luck! 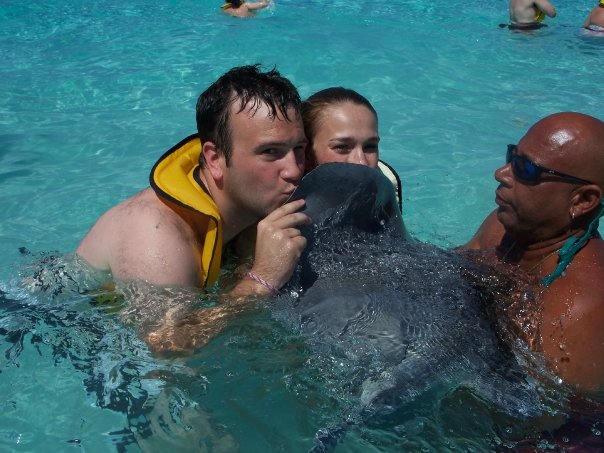 The final stop on our adventure was in Cancun where we went on a booze cruise! We took a boat out into the ocean, did a little snorkeling, went out to an island to party for a bit, then hopped on the boat and danced and drank the whole way back. It’s not called a booze cruise for no reason!

Clearly, we had a blast on Spring Break. It was a great college experience and I’m glad that it’s something else that I can also share with my hubs. It’s crazy to think that we had already been dating for nearly 2 years at this point and that we would be engaged in the fall!

I’m not going to lie, I had some pretty fantastic Spring Break’s in college and this was one of the best!

What was your favorite college Spring Break trip?
Have you ever been on a cruise? Where did you go?