Often when the hubs and I are asked when we plan on having kids, my first response is that we want to travel and live life right now. I want to see the world. I really do. I’m still selfish and want my husband all to myself…for now at least 🙂 I want to plan super vacations to Europe and to take random weekend getaways. I want to have season tickets to Aggie football games and tailgate every weekend in the fall 🙂 But most importantly, I really do want to see the world. 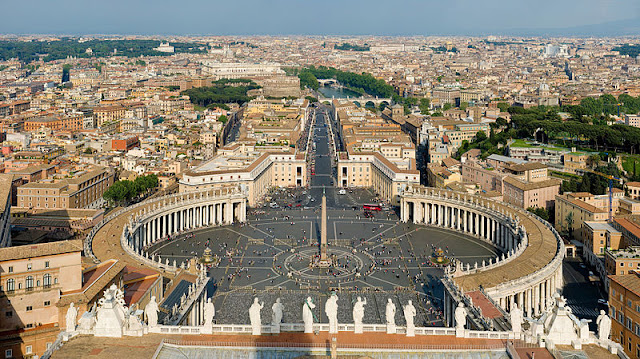 …and you were right. It’s Rome!!! But here’s the best part, this is only the beginning and ending stop we’re making because we’re actually going on a Mediterranean Cruise!

We will be sailing out of Rome on the Norwegian Epic for a 7 day cruise in May! Check out our awesome itinerary! We’re going to see the world! At least part of it anyway. 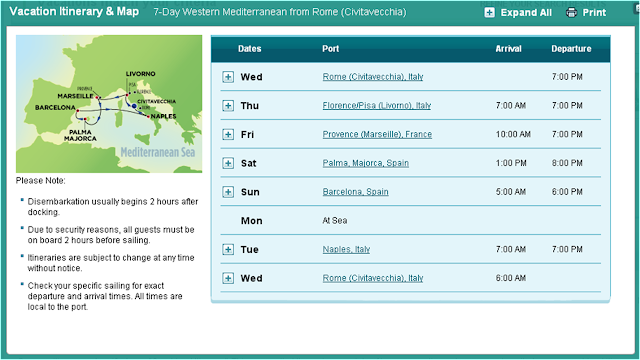 Hello fabulous! Since our cruise starts and ends in Rome, we plan on spending some extra time in Rome by arriving Tuesday morning prior to our departure. This will give us a full day in Rome on Tuesday and quite a bit of time on Wednesday since we don’t have to be on the ship until 4-5:00pm. After the cruise, we’ll be able to spend all of Wednesday in Rome again because we booked our flights for Thursday early afternoon. Why rush a good thing right?

Like I said, I want to see the world and we’re doing it.

I’m adding 2 countries and 5+ cities to my list. Since we went to Barcelona on our honeymoon, this will not be a new city for us. However, there is something magical about finding yourself in a foreign city and actually knowing where you are. That I am excited for. I’m ready to go out, see the world and find out what it has to offer. Best part is that I get to do it with my best friend.

{I’m not sure if I’ve ever documented our honeymoon on the blog. It’s definitely one for the books. I may have to recap it just to retell all of the ridiculous things that went down.}

Have you ever traveled overseas?
What is your favorite country/state/city you’ve ever visited?