WARNING: Picture overload…don’t say you weren’t warned. I’m thinking you won’t be too upset. Who doesn’t want to see tons of pictures from Disney?!?

Pictures are loaded and Disney recap will now commence! Alison and I were super lucky not to have a single issue with arriving in Orlando. Unfortunately, we were the last of 4 stops on the Disney Magical Express from the airport which meant we were on the bus for at least an hour. It kind of stunk. But we made it to Coronado Springs and our resort was fantastic! Here are a few pics I snapped of our room! 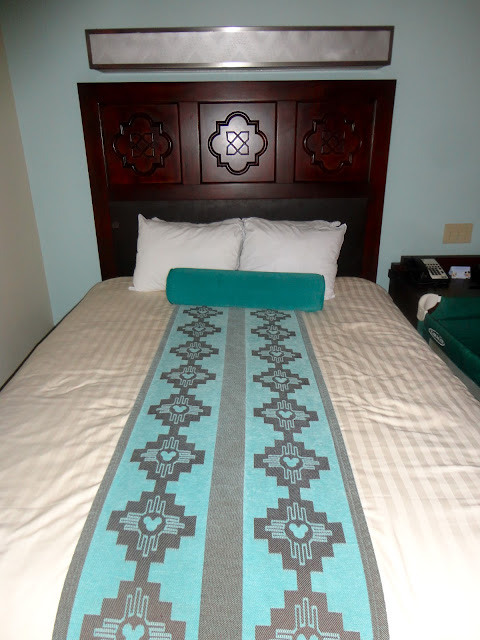 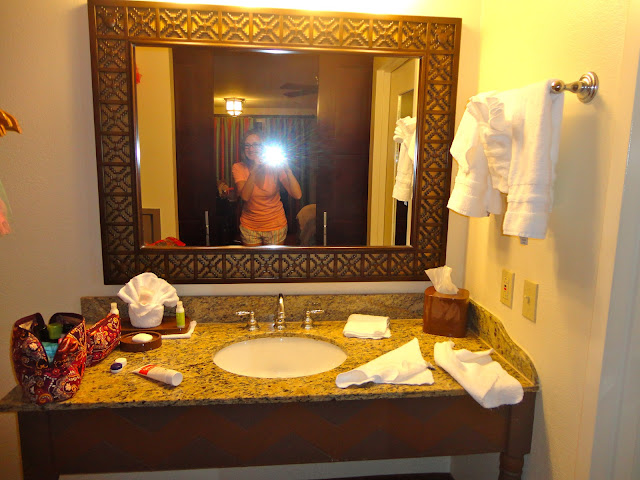 Day 1 of Disney Magic started with breakfast…duh. But not just any breakfast, Mickey shaped breakfast. It doesn’t get better than that! 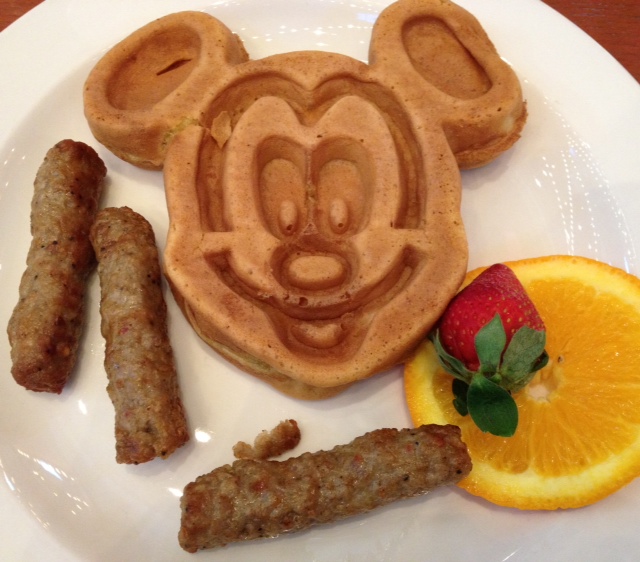 I may need a Mickey shaped waffle iron just to relive the magic. Until then, my Texas shaped one will do just fine 🙂

Okay so after breakfast we actually went to the expo, but I’m going to combine that with the race since I have so much footage to cover between Animal Kingdom and Epcot! 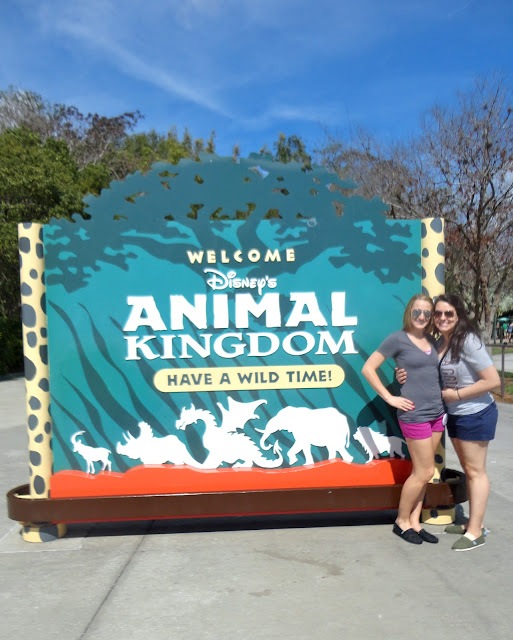 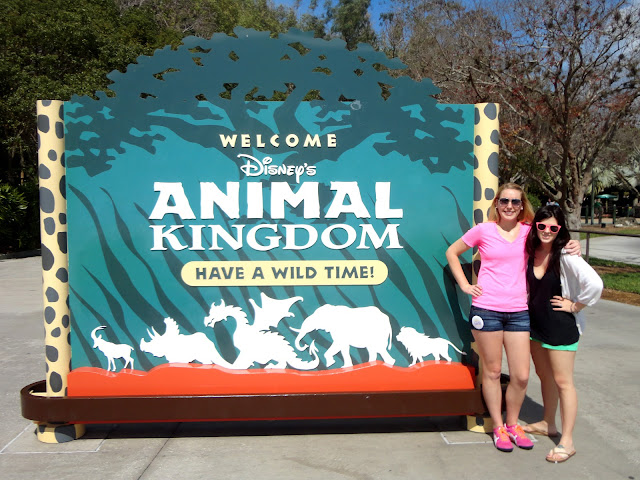 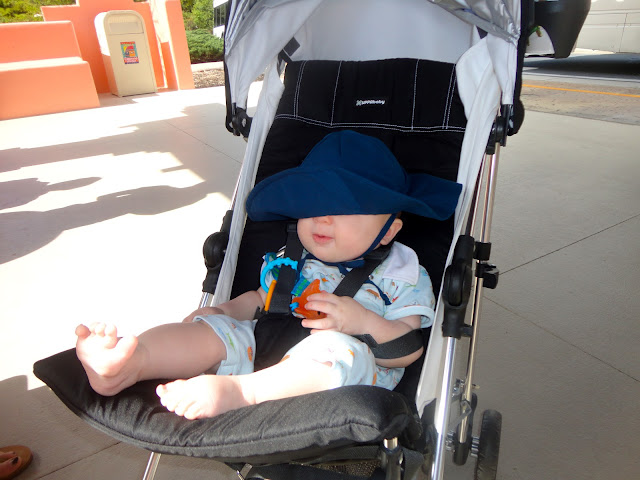 As you can see, we were all prepped and ready to take on the day! Even Charlie 🙂 His momma put the cutest had on him and he was ready for some animal adventures! It all started with a real live Safari ride. As a huge animal lover, this was my favorite part of Animal Kingdom and I think the girls would agree that it was awesome. 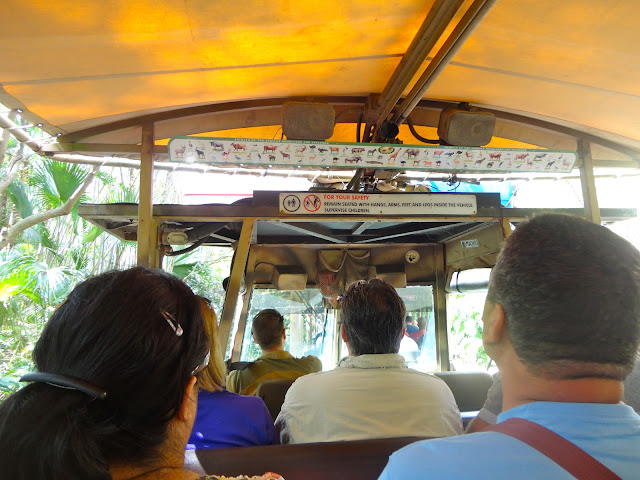 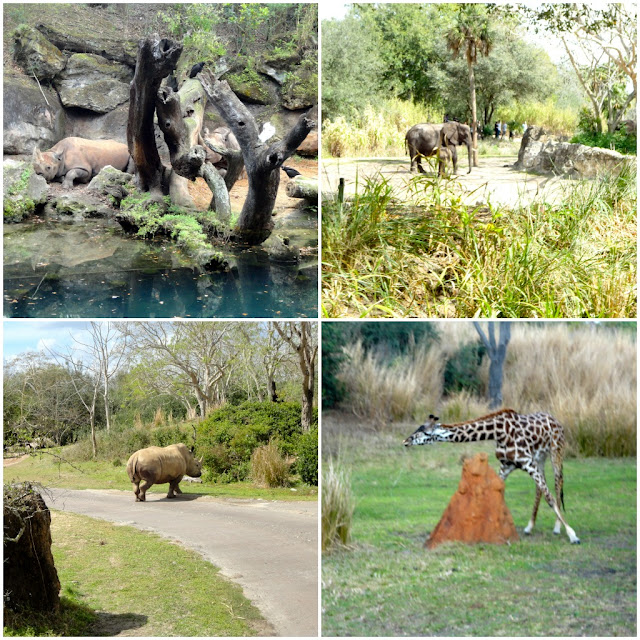 I mean we got to see a giraffe drinking water and a white rhino literally crossed the road right in front of us!!! 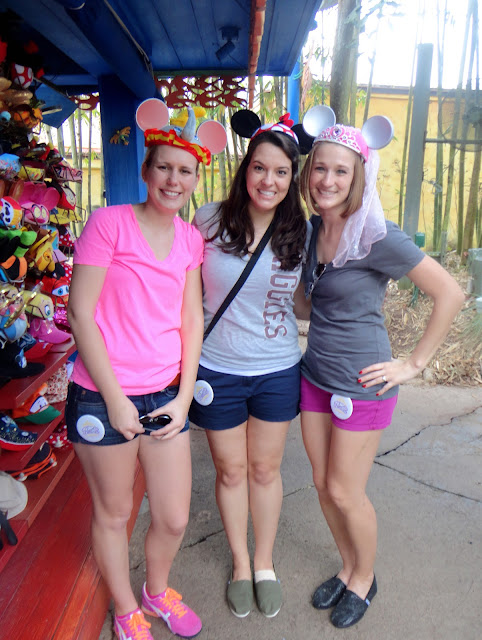 After our Safari ride, we wandered around figuring out what we wanted to do next and found it necessary to try on some of these awesome hats. I think Julie’s is my favorite! How cute is that Dumbo hat? If only I had other places to wear these hats…and it would be socially acceptable…then I would totally buy one! 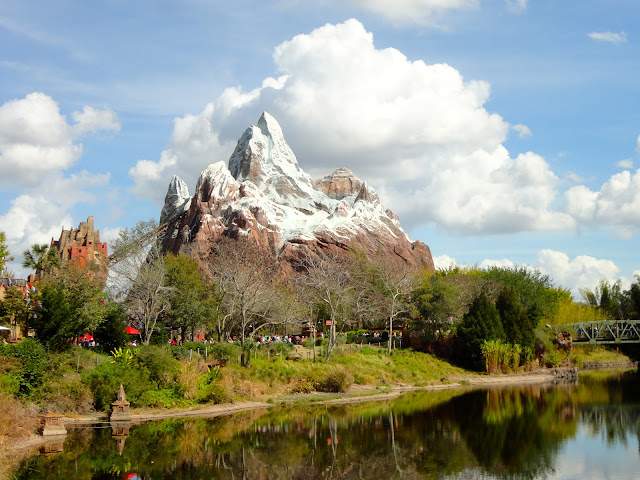 In Animal Kingdom, we also had to ride the Everest roller coaster! So much fun…did you know it goes backwards? I don’t remember that bit, but it was great. The entire ride and mountain structure is so detailed. I love the amount of work that Disney puts into everything on their property! 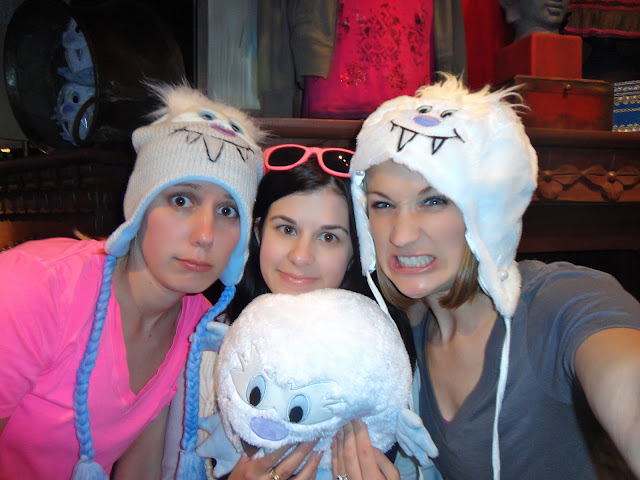 This may be one of my favorite shots 🙂 We also ate lunch and did a little dancing at Animal Kingdom. We ate in Asia at Yak & Yeti. Julie and I shared the honey chicken and it was SO GOOD! Disney has so many themed restaurants in the park that you must check out! We also enjoyed a yummy frozen adult beverage to cool us down! {See top left picture below.} Oh and I did say dancing. After lunch there was a woman doing some type of Indian dance, as I walked by I was dancing along with her and her partner pulled me up to dance! Don’t worry, I wasn’t the only one. There were already about half a dozen people up there and luckily Julie decided to join me as well. It was a lot of fun, but the longest song ever! {See bottom left picture below.} 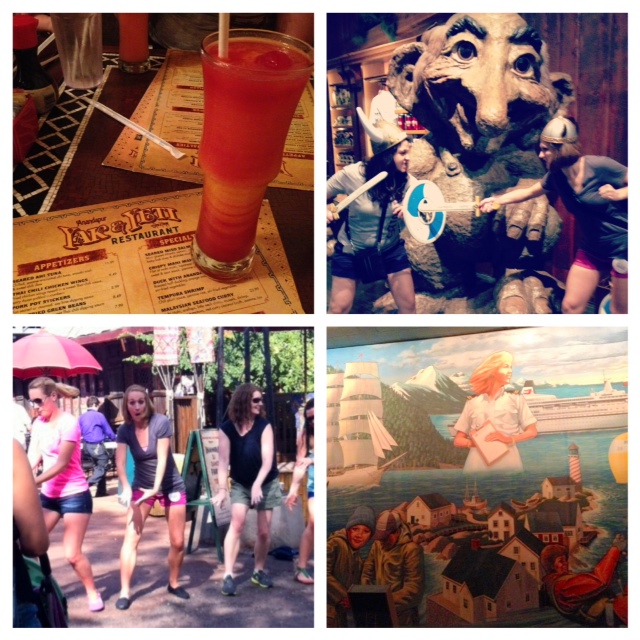 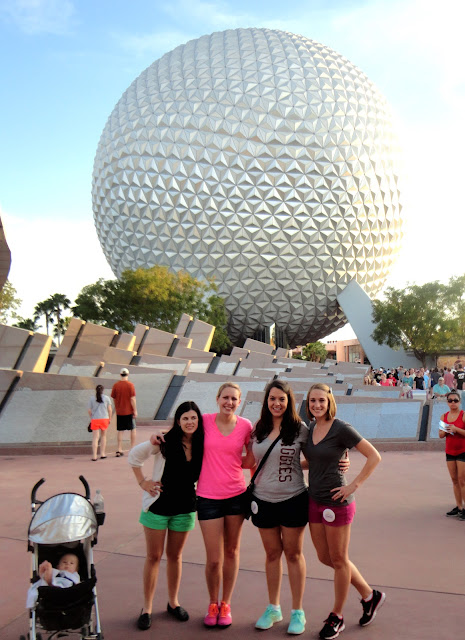 Next up was Epcot! I didn’t remember much about Epcot at all, but I would definitely like to spend more time there next year. It’s almost like 2 parks in one: futuristic park and cultural park!

We did space rides, walked around trying to find things in the dark and visited the Soda shop where you can try different sodas from around the world!

My favorite area was the cultural part of the park where you walk through several different countries. We ended up eating Mediterranean food in Morocco for dinner! For those of you going to Disney soon {ahem Erin!}, there is a restaurant in France that is super nice, though it is called a casual cafe, that would be a great dinner spot!

We went on a cute little ride in Norway that reminded me of my seester Charlotte! I miss her terribly! In the collage above, take a look at the two pictures on the right. Alison and I decided to sword fight after the ride of course! 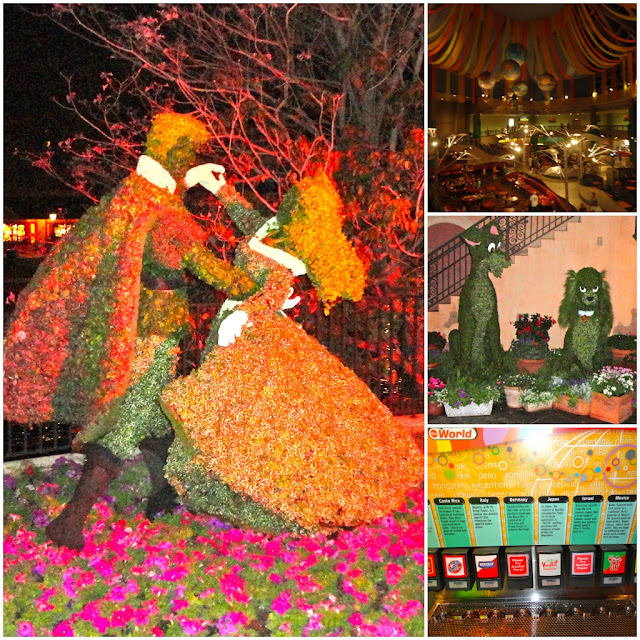 The last thing we did on Day 1 was the Chevrolet Test Track. Just do it. It’s worth the wait. I would recommend getting their early to get fast passes! By the time we got to Epcot the fast passes were already distributed. We ended up going in the single rider lane which worked great as well. All I can say is that it’s magical and so fun. Like I said, worth the wait!

So there you have it, Day 1 at Disney. I would love to relive it again and again. It was a blast and we were exhausted by the end of the day!