Okay so I know I haven’t posted in a while, but it’s safe to say that last week completely kicked my butt! I was working like a mad woman and even had two 12 hour days last week. Needless to say, I am even further behind on catching everyone up, so I’m taking a few moments this morning to recap the amazing Stern-Crowson wedding.

Now let’s back this up about 5 years ago. I met Alison probably around October of 2006 through JP and we became insta-friends. We’re both loud and slightly obnoxious, we love to have fun, watch Lifetime movies and being together is just easy for us. Alison is actually the person that pretty much told me I need to get out of the friend zone with JP and tell him like it is. Obviously, I ended up convincing JP to date me and the rest is history. Alison won’t take the credit for us getting together since we both liked each other and cared for each other already, but in all reality, she is the reason that I was able to put my foot down and for that I am forever grateful. Now, JP and Philip were roommates their sophomore, junior, senior and their last half a semester at A&M. They met their freshman year and were in Aggie Fish Club (a freshman leadership organization) and later on Ol’ Ags (a men’s leadership organization which is kind of like a Frat but they would never admit it and I’ll probably get in trouble for saying this) together. JP introduced Philip and Alison and they started dating shortly after JP and I did actually. Needless to say, JP and I care about these two very much and we were beyond honored to be a bridesmaid and groomsman in their wedding.

Onto the wedding weekend. I’m going to give it to you in pictures and bullets because it will be easier that way! 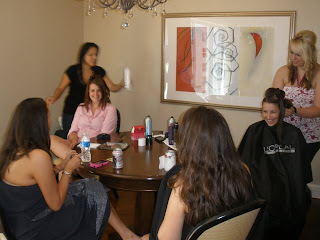 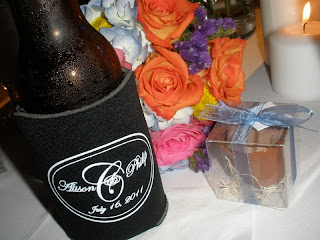 Okay, well I think that just about sums it up 🙂 Hope this wasn’t too look for y’all! Cruise post to come SOON! Seriously, it needs to be soon. I’m behind! Until next time…