Skip to Content
Amy's Balancing Act
You Are Reading
#TouchdownSeason
0
Home Uncategorized #TouchdownSeason
Two Thursdays ago, Texas A&M played the very first official game of football season. Exciting? Absolutely. Guess what A&M also did? We scored the first touchdown. However, with all of my enthusiasm I shouted, “We scored the first football of touchdown season!!!” And just like that, touchdown season was born… 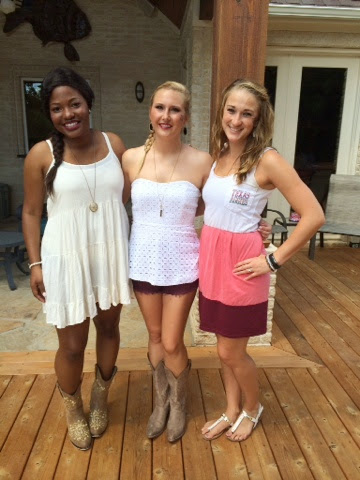 To make things even better, this past weekend was our first home game of touchdown season. And the Aggies did not disappoint. Many touchdowns were scored. Granted, we weren’t playing a ranked school or even an SEC opponent, but a win is a win. 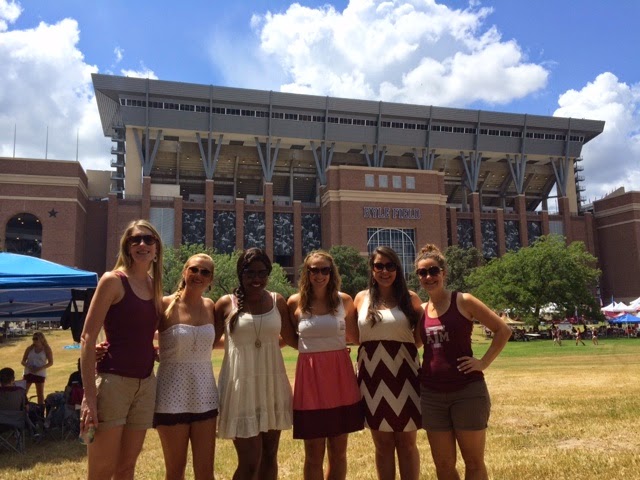 Touchdown season is my favorite. We have season tickets and so do our best friends. I love getting to see the Crowsons and Waites in Houston as often as we do, but adding in the other members of our group and meeting in College Station is pretty much amazing. 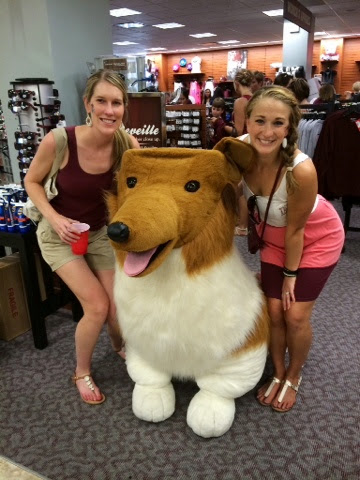 Tailgating is always a blast. Of course right now it’s painfully hot, so shopping trips to the MSC bookstore are necessary. Meghan and I wanted this giant Reveille. I don’t think our husbands would appreciate that. Lucky for them, she wasn’t on sale. 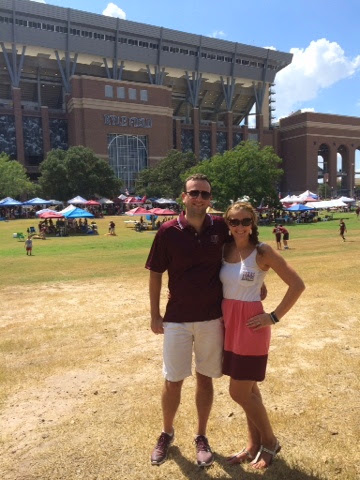 We made it to the game at the perfect time. Or so we thought. Really it was the opposite of perfect because our game had a 2+ hour lightening delay. At first we saw nothing, 30 minutes later, the sky was lighting up. After a little over an hour, we bailed. It wasn’t passing anytime soon so we went back to the tailgate. We thought we’d be able to get back in later, but NO! We weren’t too pleased, but luckily a tailgate nearby had a TV where we were able to watch the game. 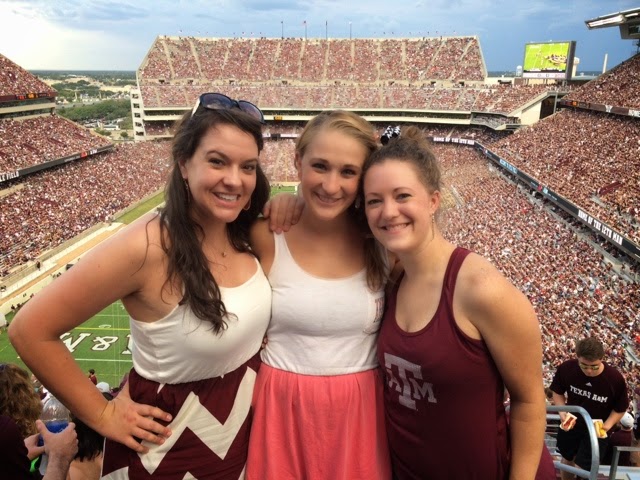 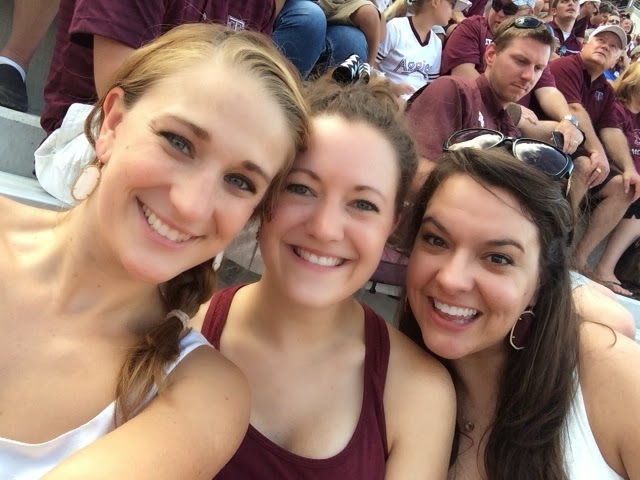 And by watch the game I mean play washers, walk around and have girl talk time because by then we didn’t want to sit and pay attention 🙂 Since we left early, we found the elevator and got to take that down to the bottom instead of going down the ramps from the third deck! We also found this kind of weird War Hymn statue which obviously required a picture. 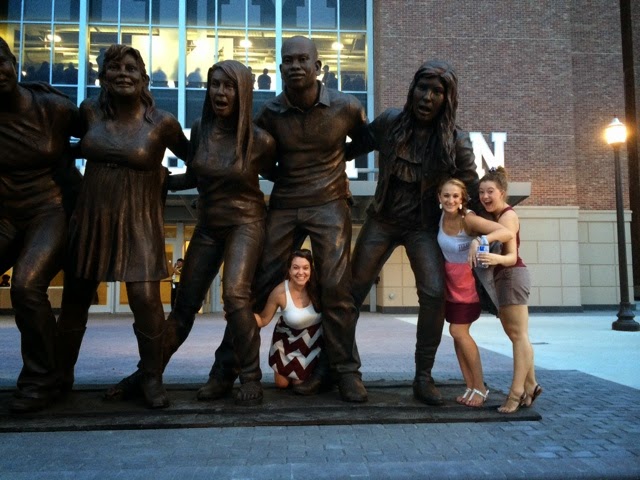 In the end it was a very successful first tailgate and game. Minus the fact that we didn’t get to actually watch the game. Next Saturday is another home game, so second time’s the charm! Here’s to touchdown season!

What’s your favorite part of football season?
Do you have any funny football touchdown season stories?