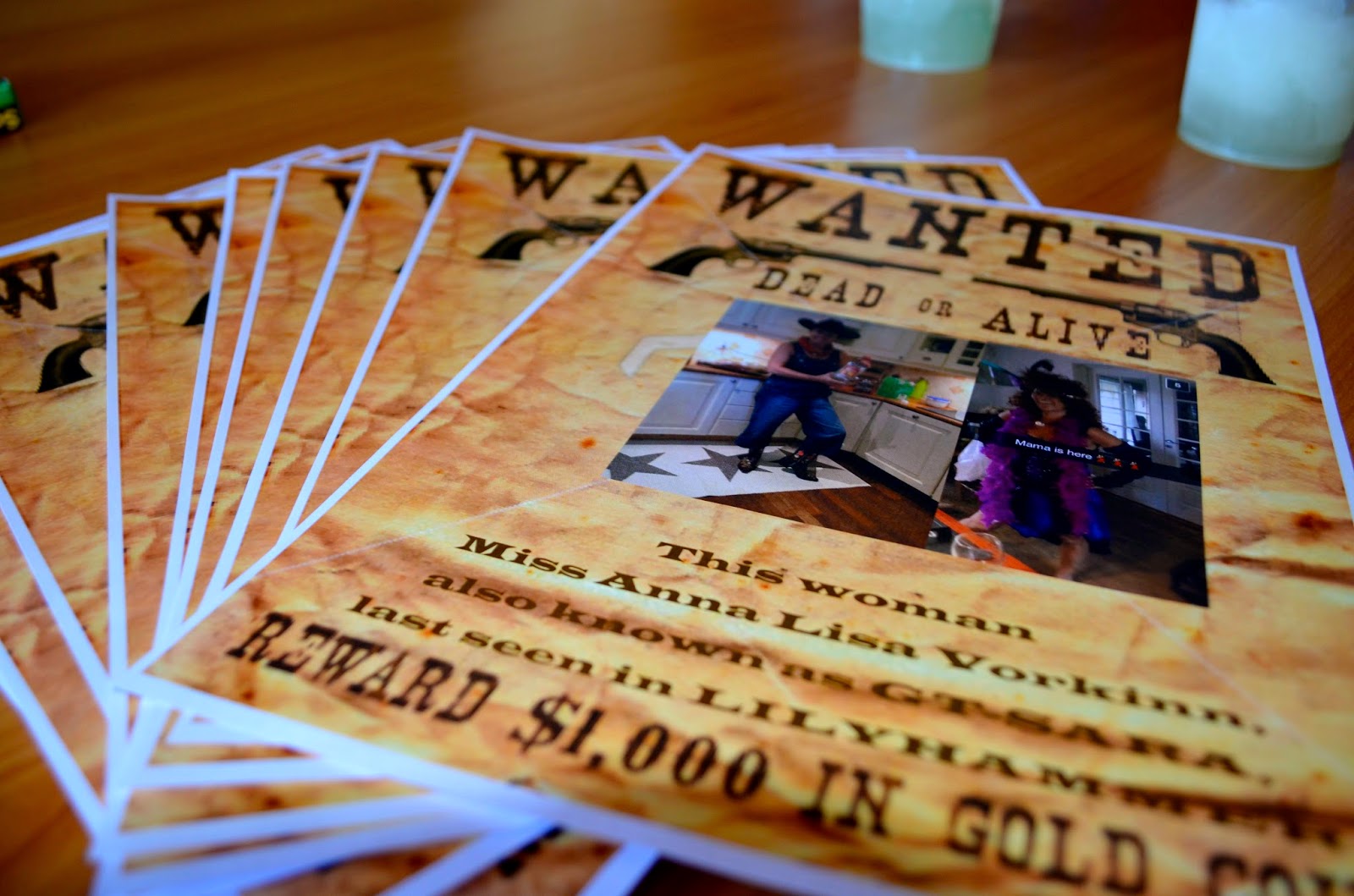 So I left of on Tuesday, with the beginning of Anne Lise’s birthday party. We took so many pictures and had so much fun, I had to share more with y’all! Now keep in mind that this was a Texas themed birthday barn party in Norway and it was nothing short of amazing!

Everyone went all out with not only their costumes, but with love for Anne Lise! It was beautiful. They wrote songs, gave speeches and celebrated her! I was so happy to be a part of the celebration and meet all of their family and close friends. 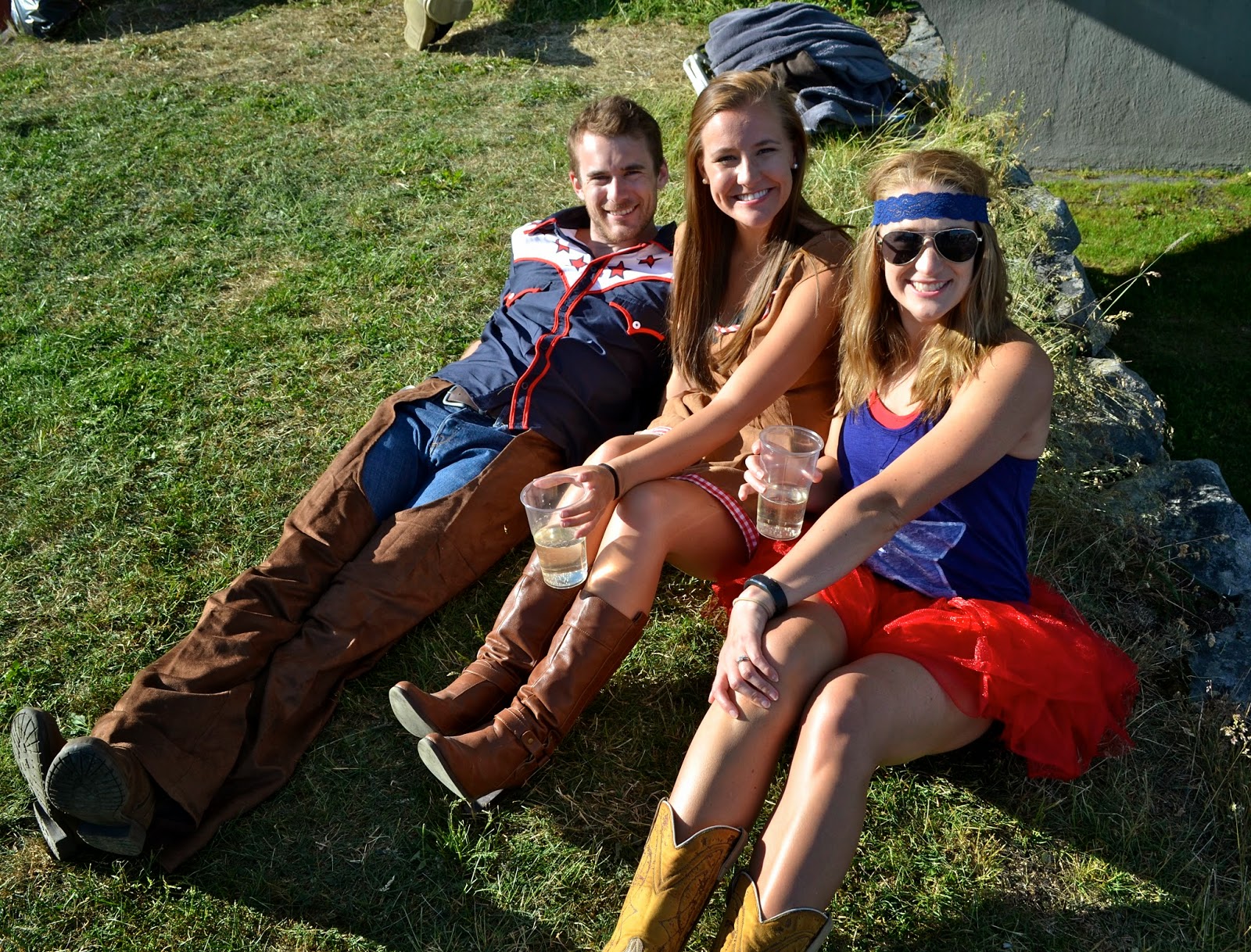 We taught the Norwegians how to play flip cup and how to line dance and two step. We also played a little beer pong, ate delicious food and had a fabulous night. 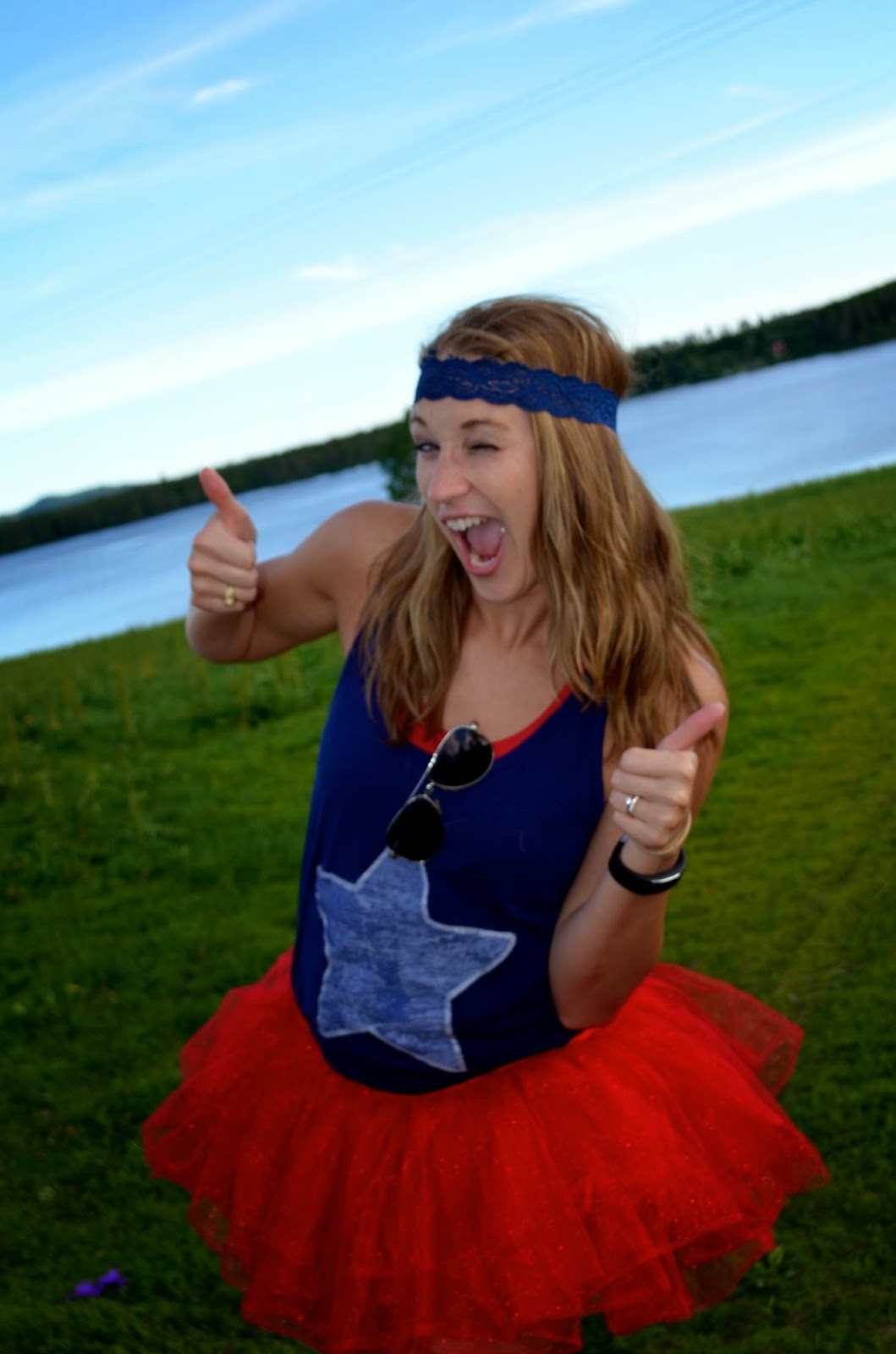 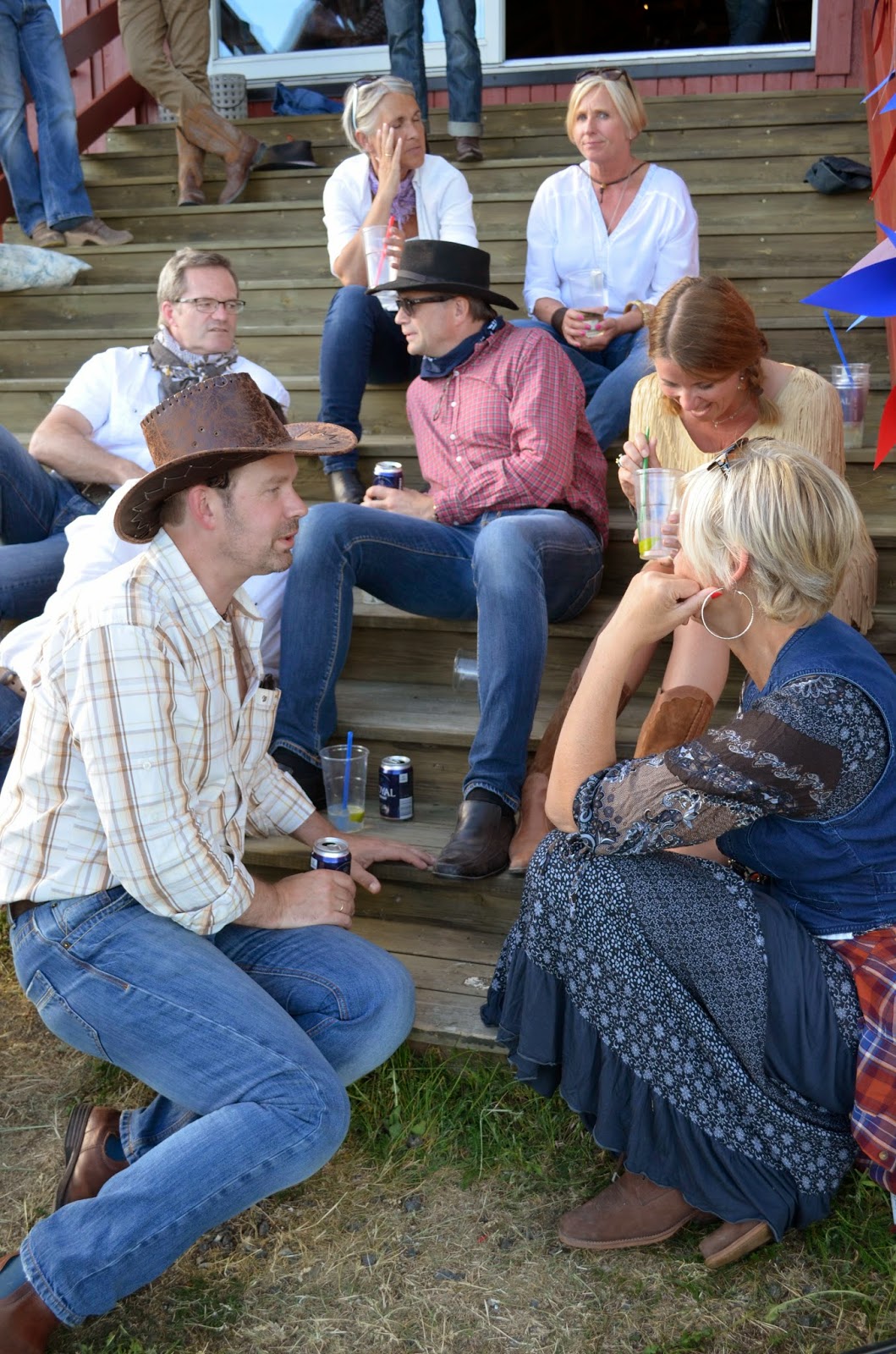 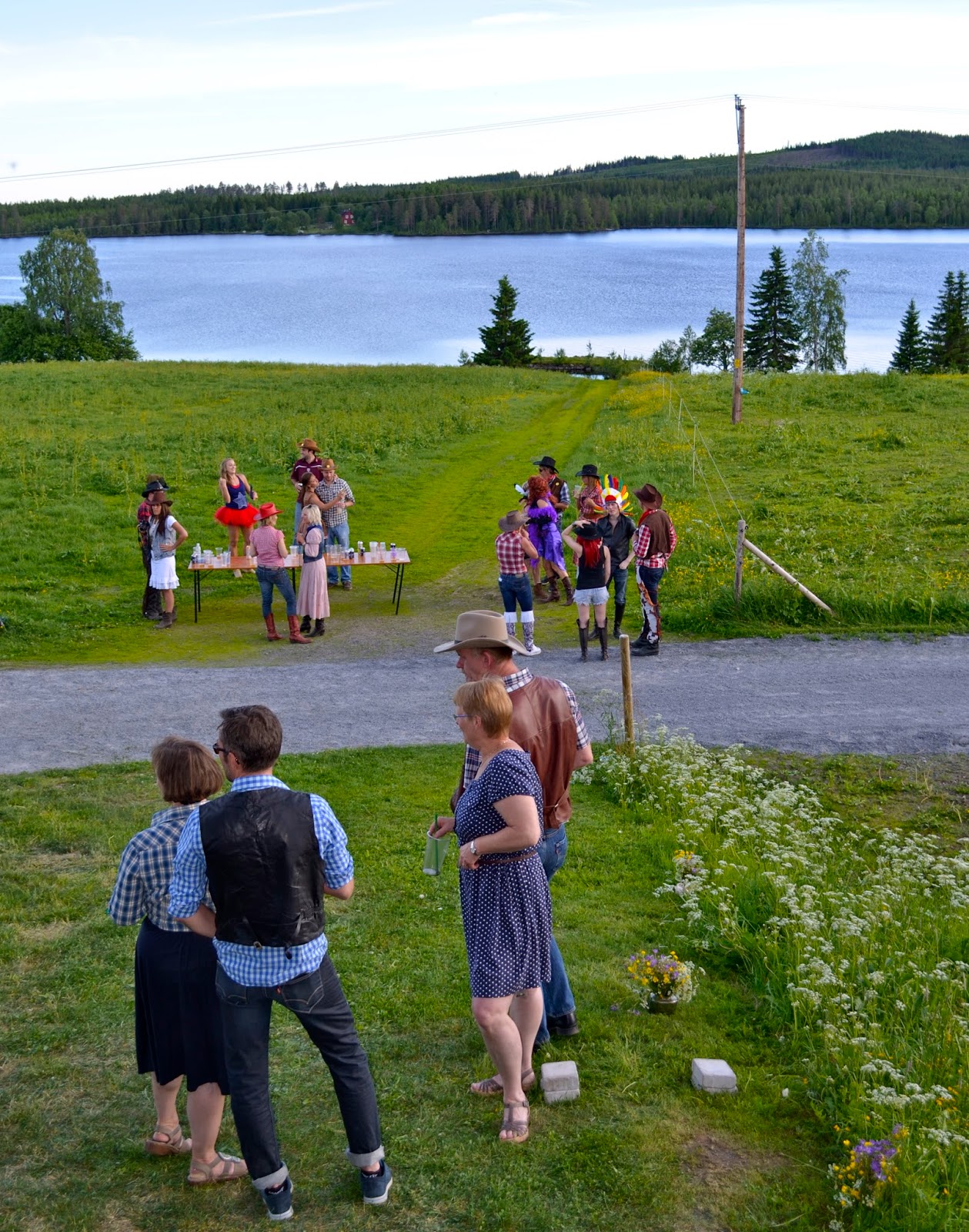 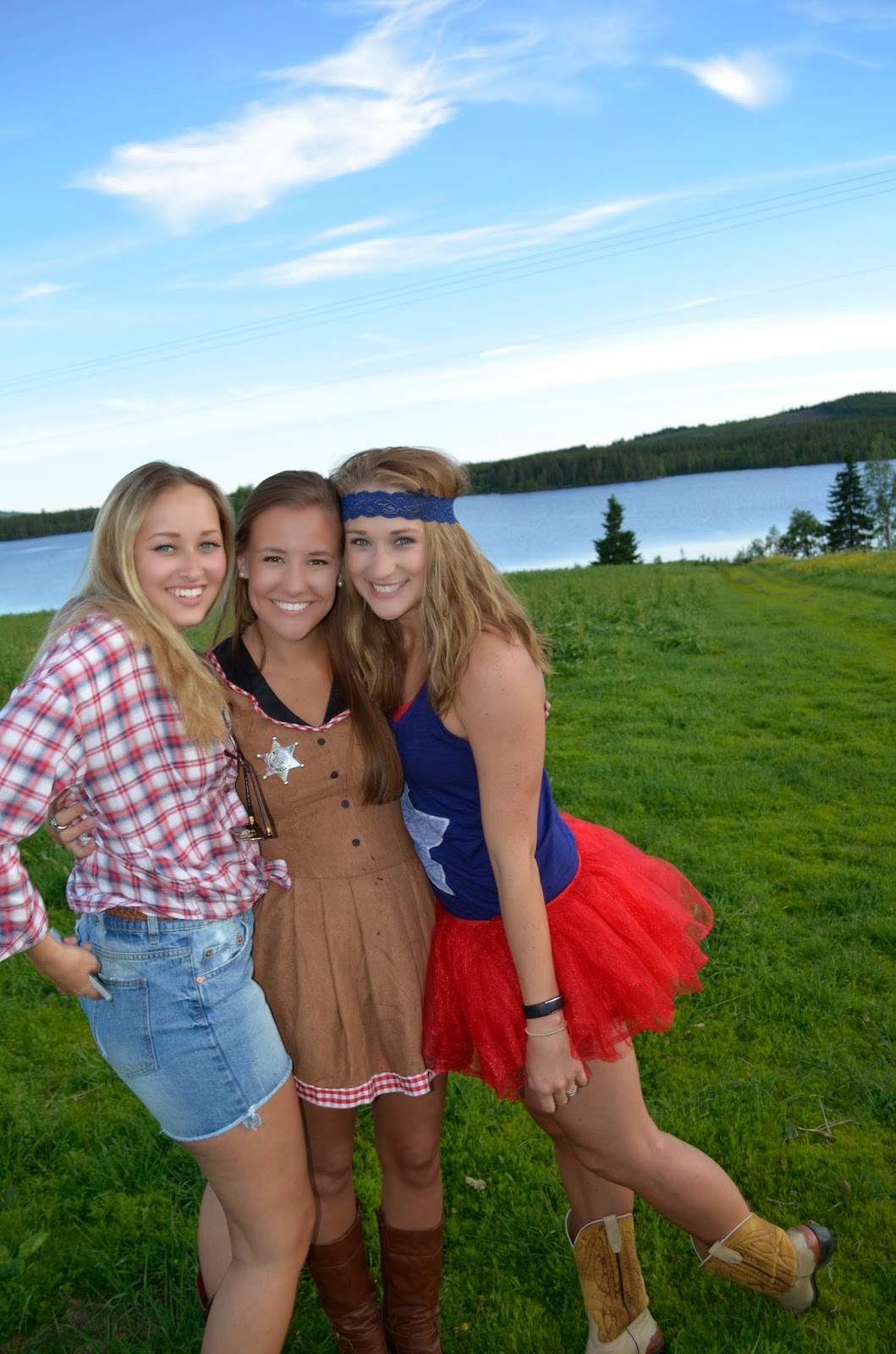 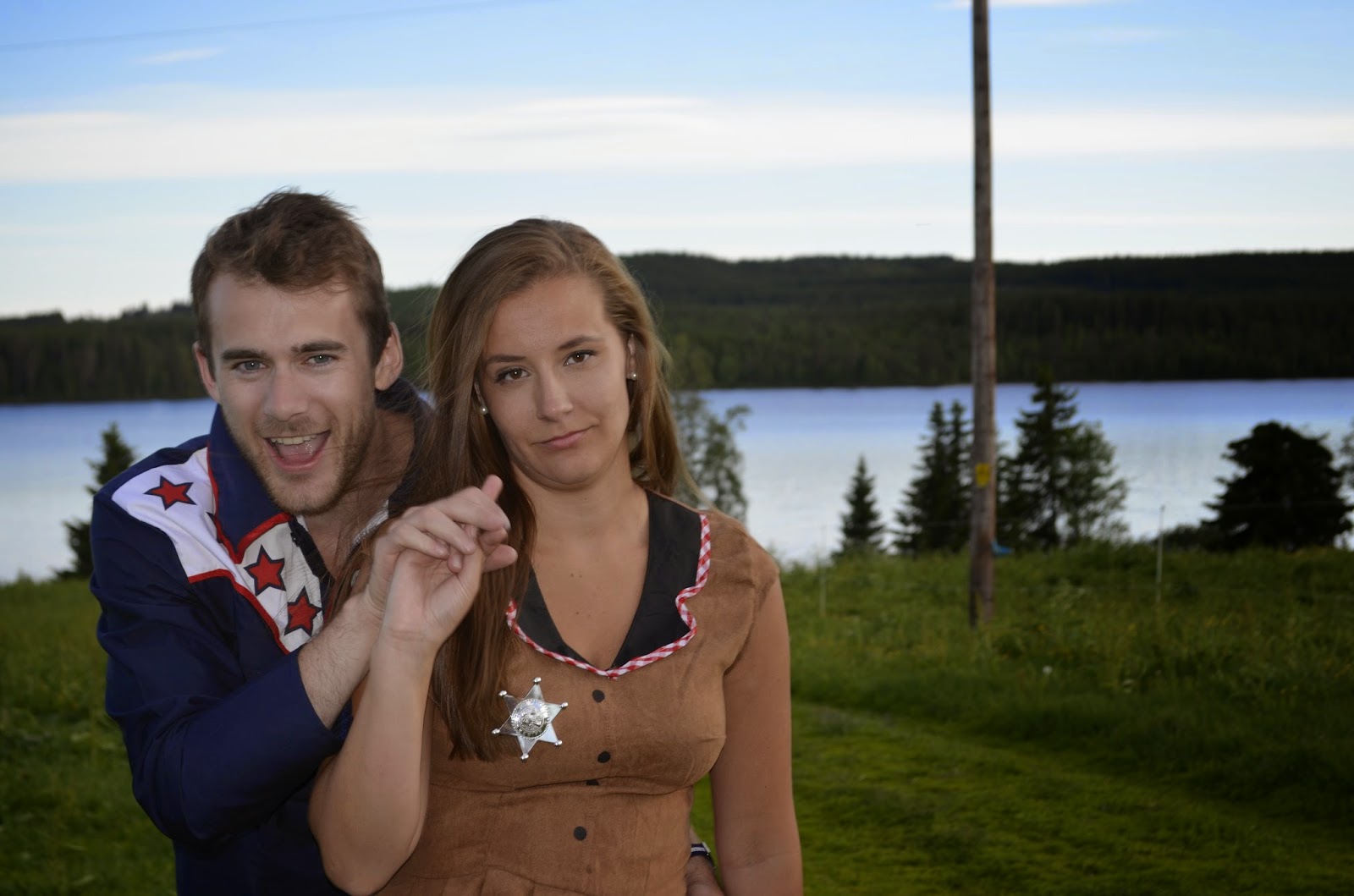 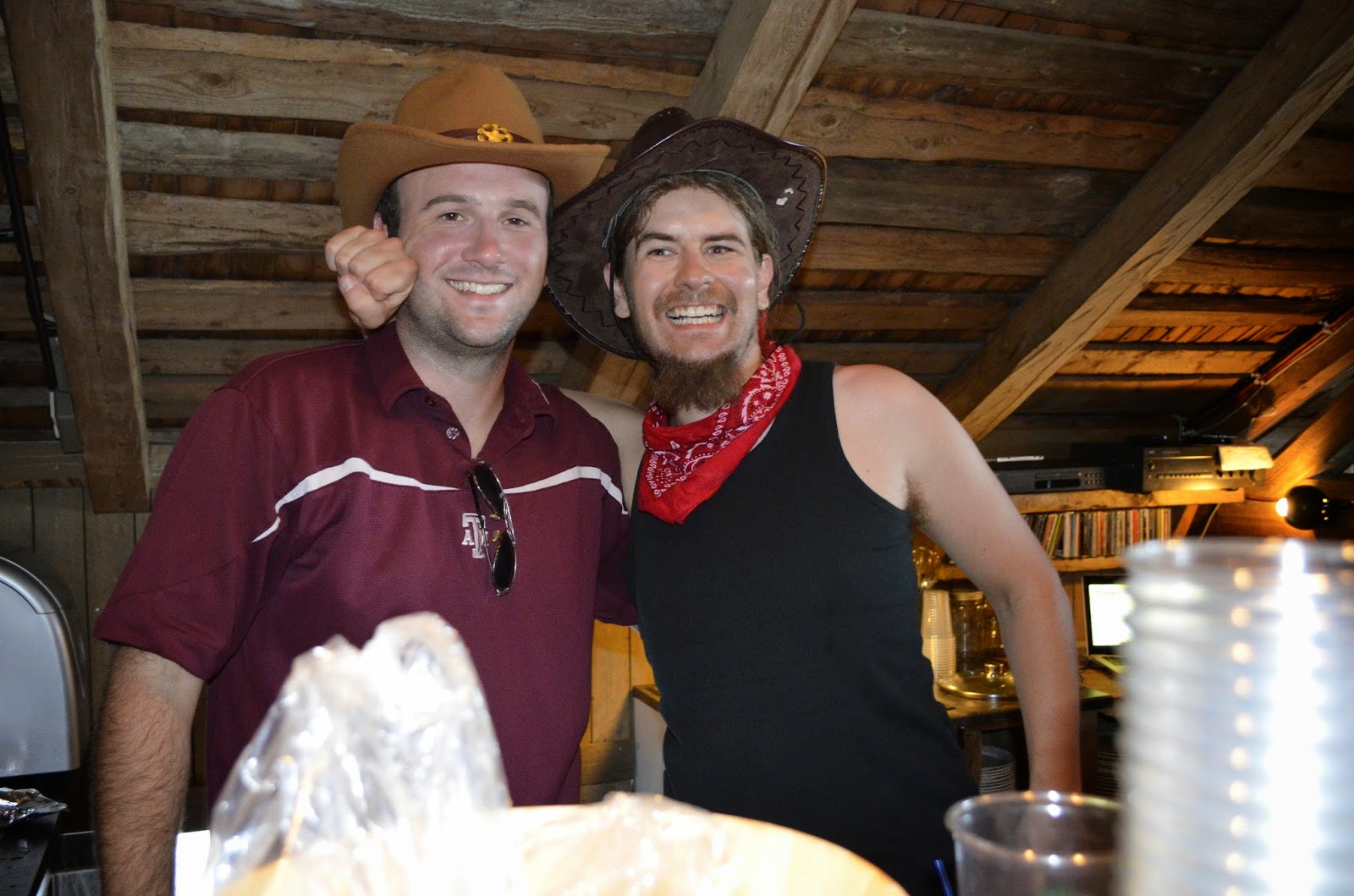 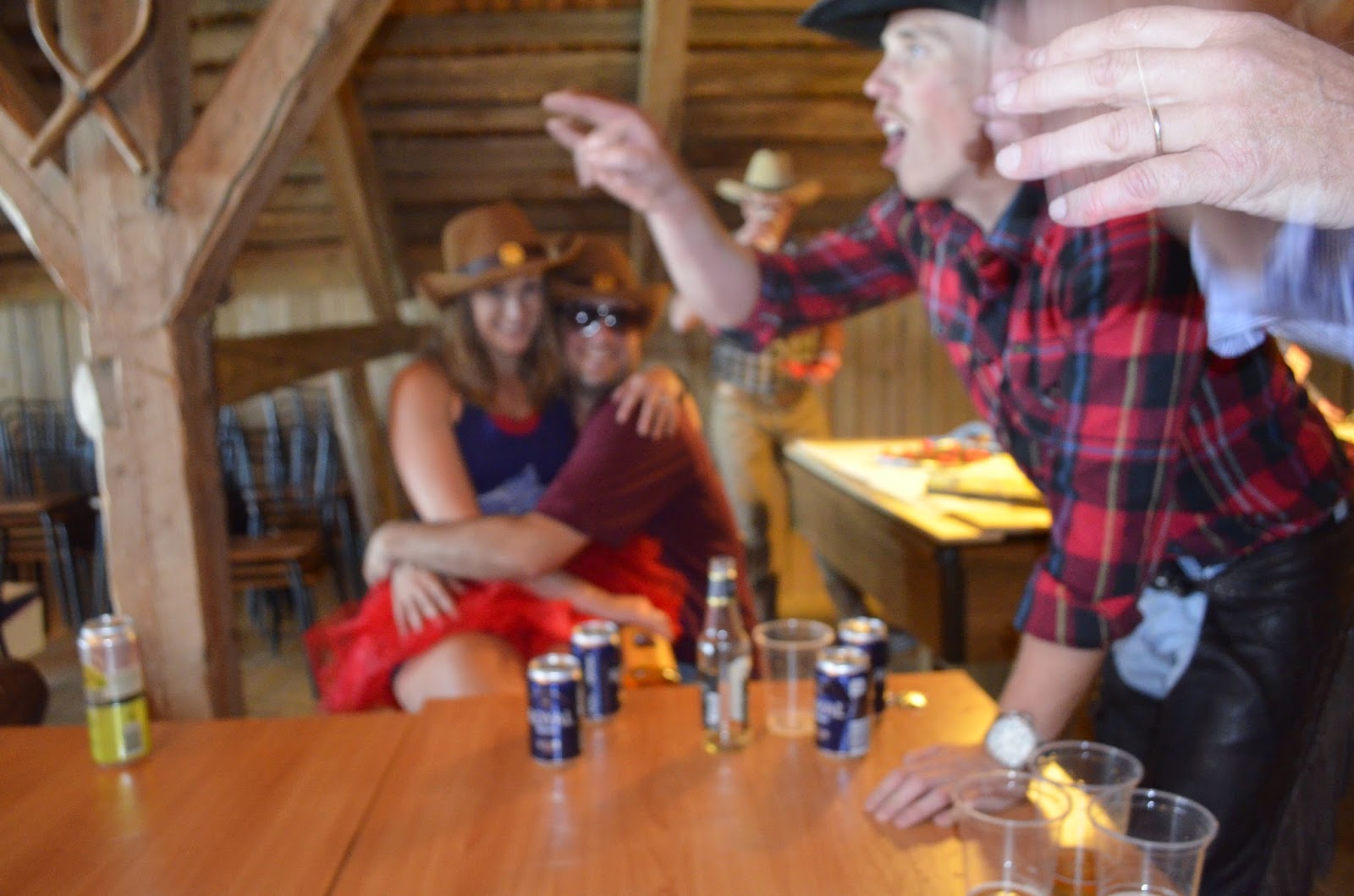 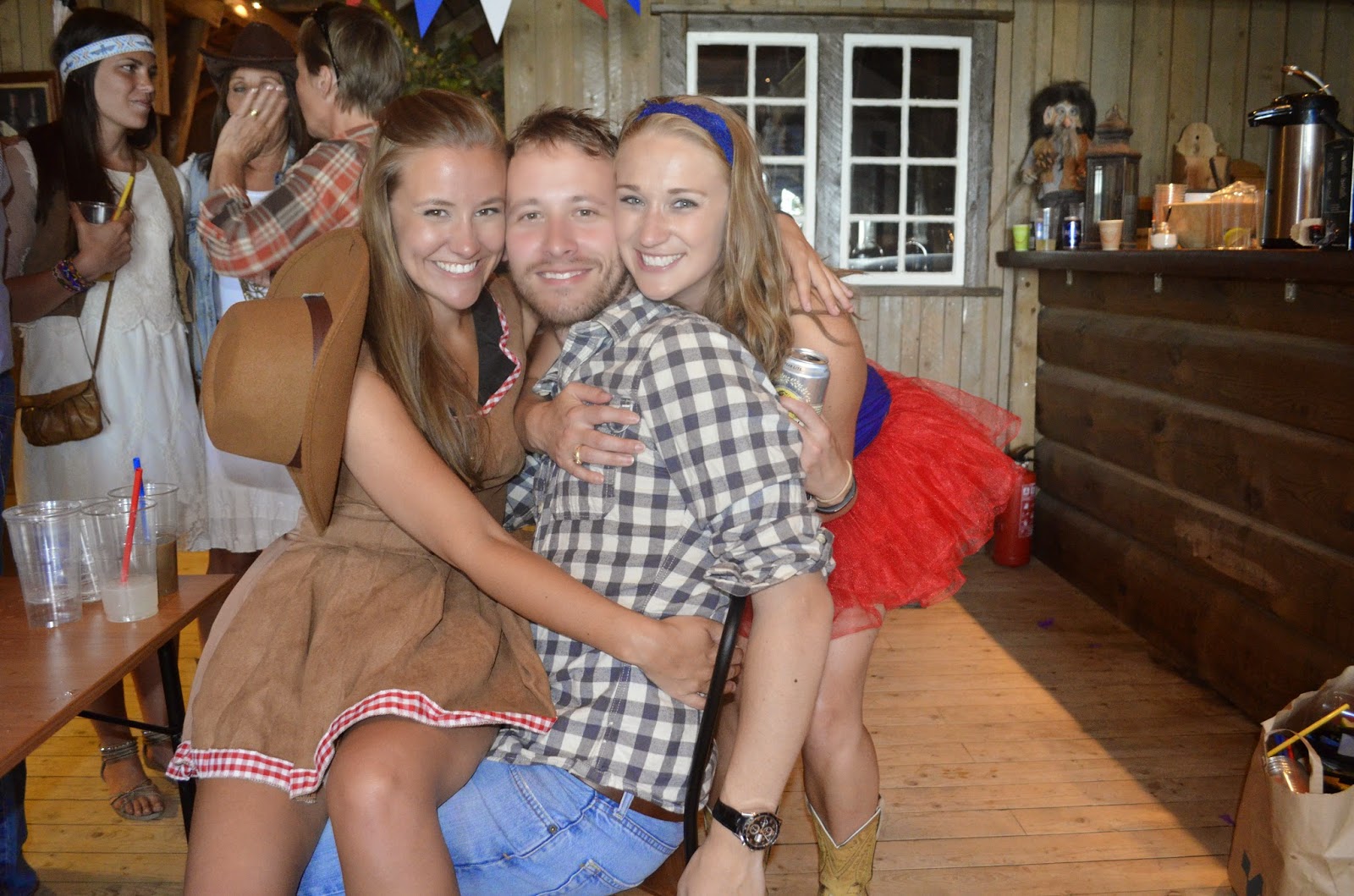 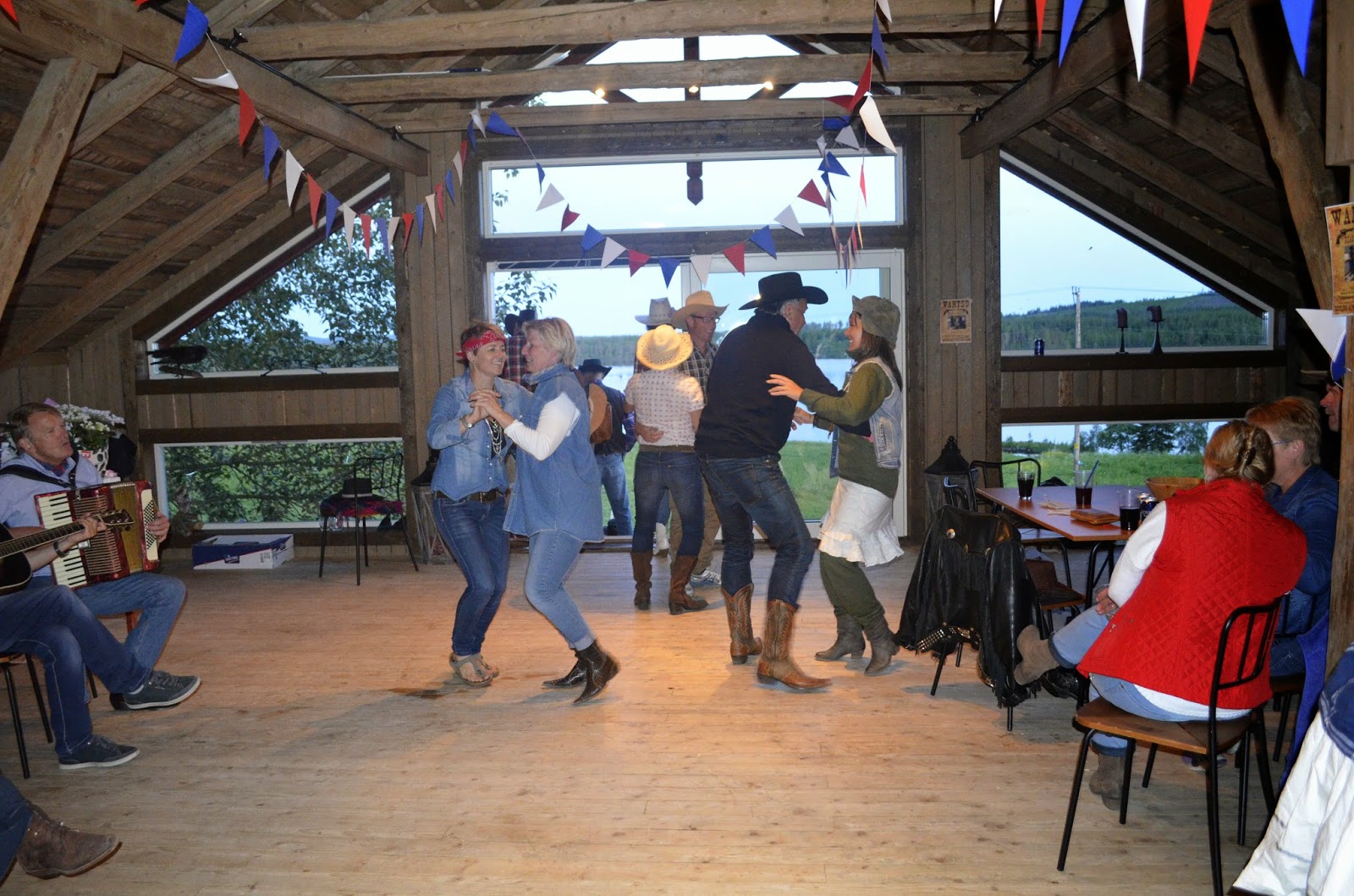 The next morning I was bright and cheery. All the smart kids guzzle water at the end of the night instead of partaking in additional drinks/shots that aren’t needed 🙂 I wanted to make sure I was feeling great to enjoy each day on my trip.
That afternoon, Charlotte, Ole and I ventured to the Olympic ski jump slope on a mission. To take the stairs to the top! 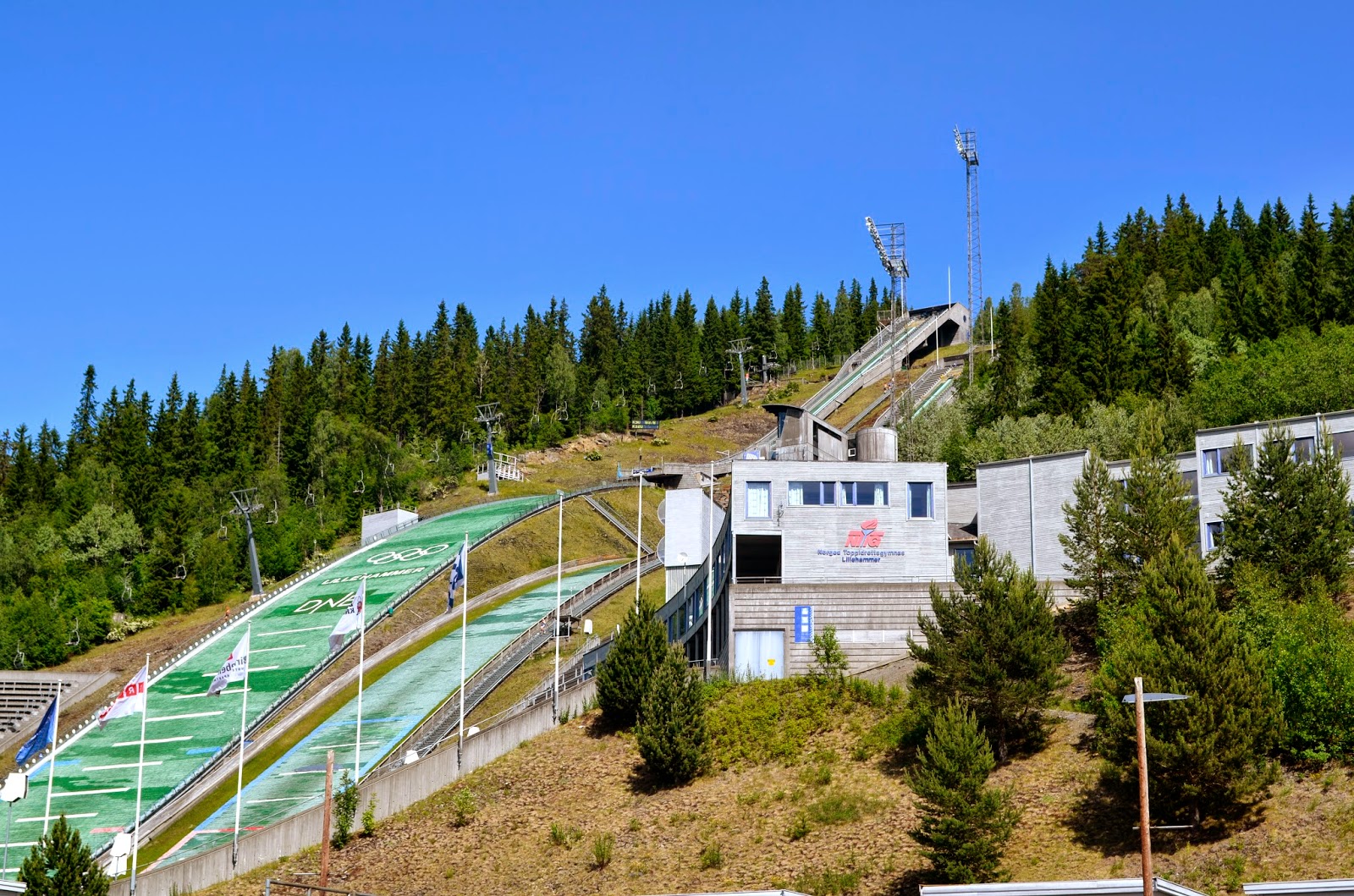 The slopes have a stair case up the sides which people can climb to the top and it’s an awesome workout. There are roughly 800 steps to get to the top! There are a few break points which allows for a little breather and you can shake the lactic acid out of your legs! 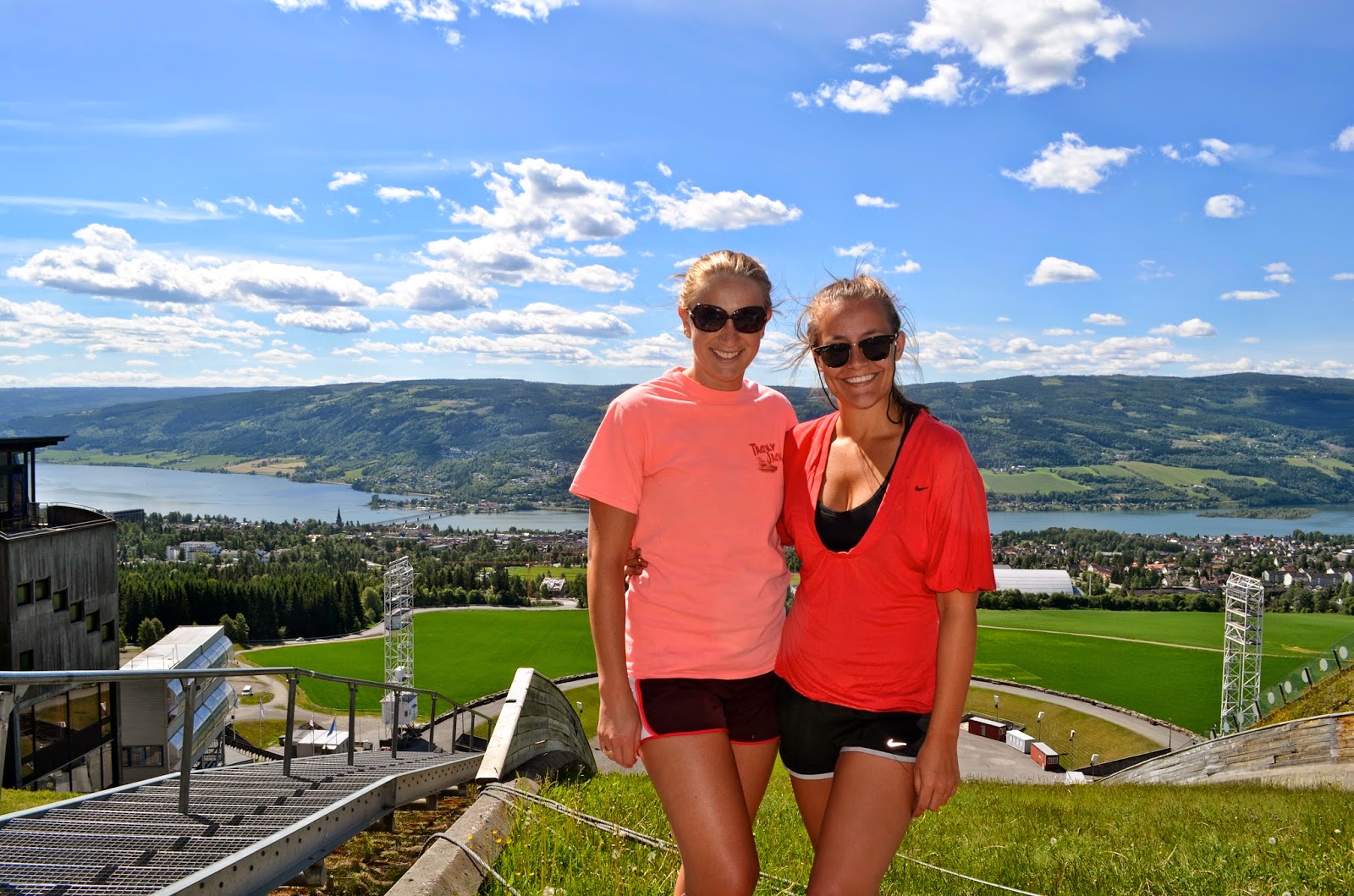 One break point was at the top of the smaller slope. Take a look at that drop down! No thank you. I’ll stick to the bunny slopes… 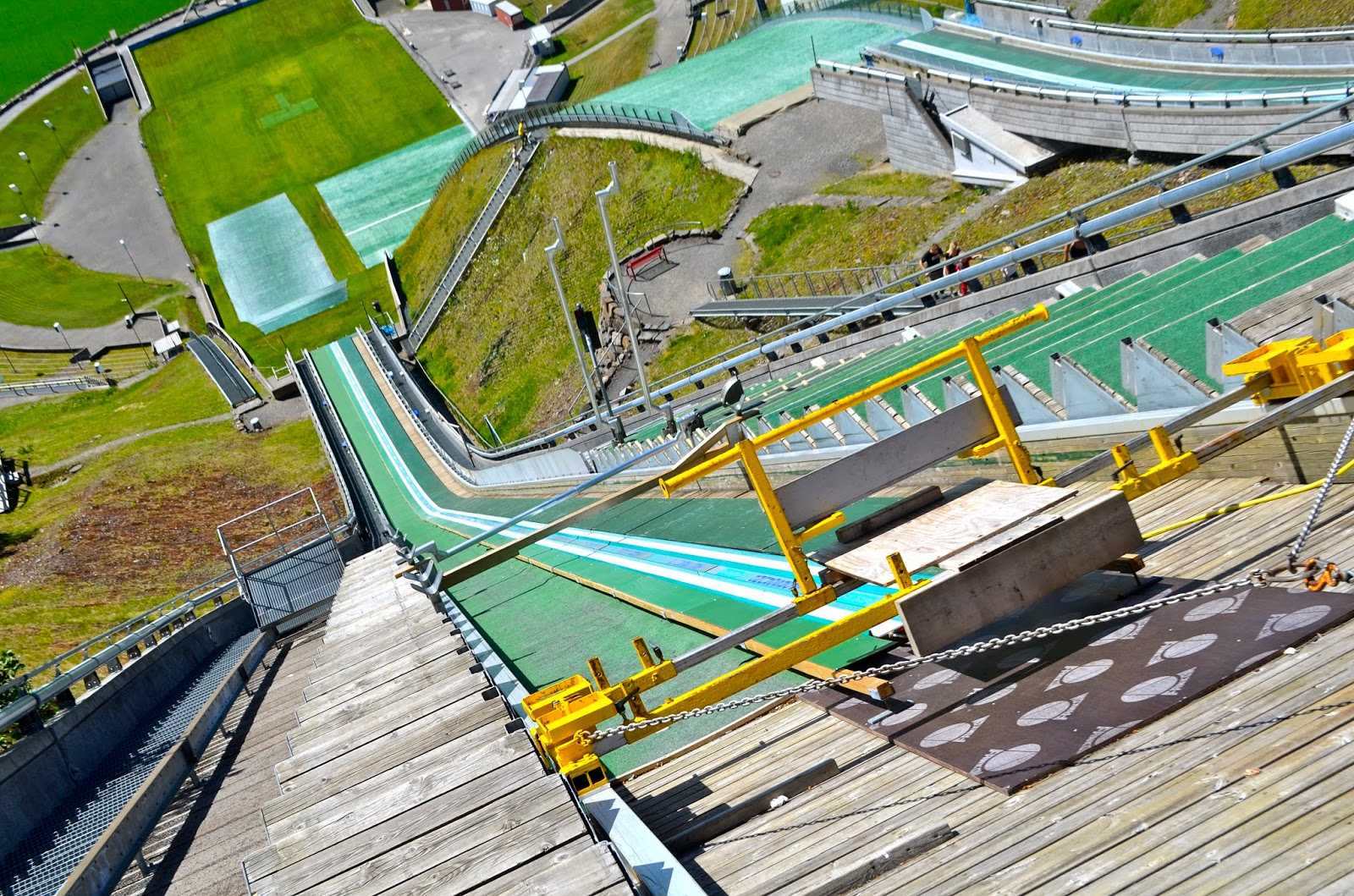 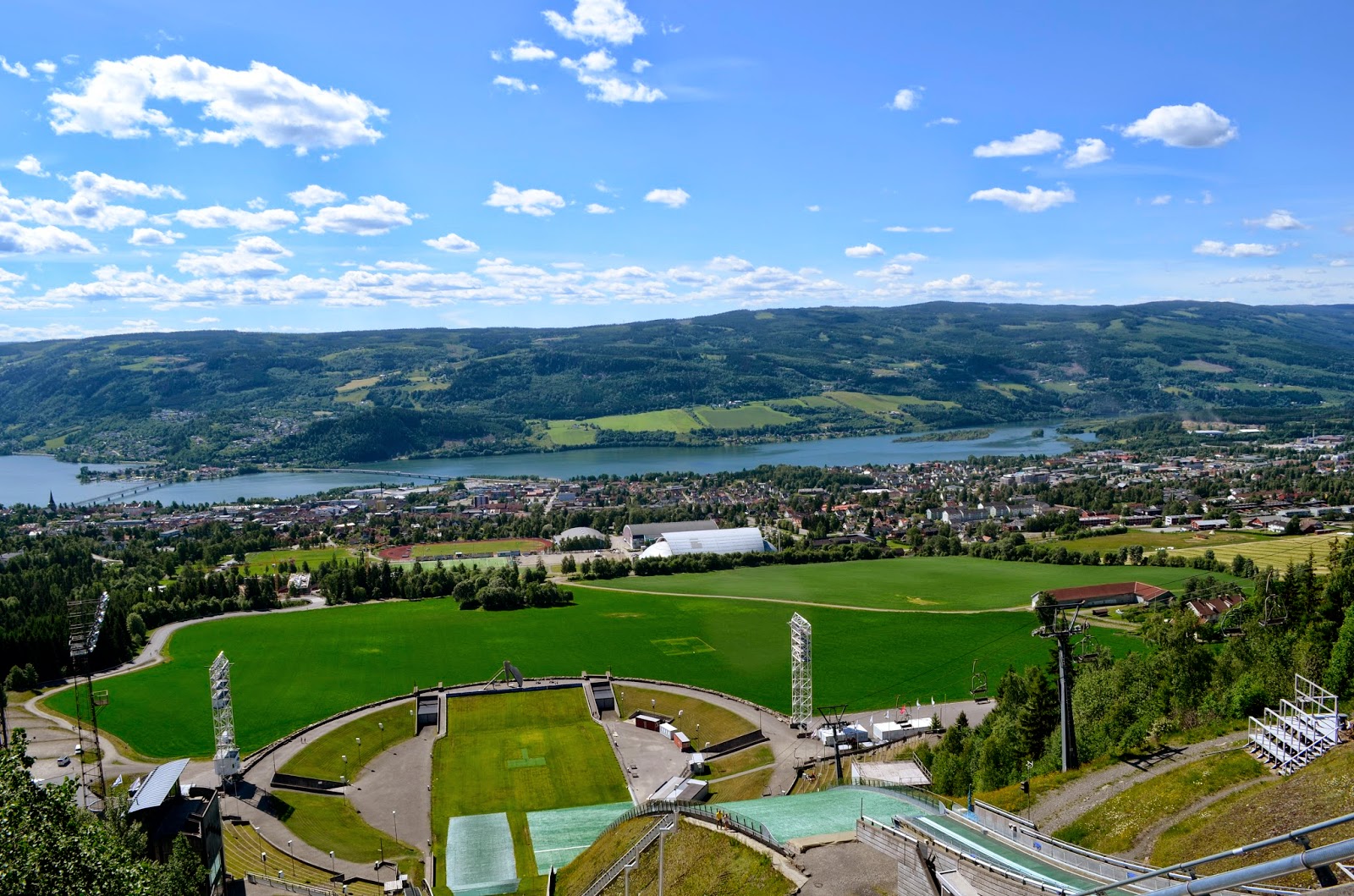 A view from the top! At the top there was a cute little restaurant, various hiking trails and a point of rest for those brave enough to venture out there on a warm summer day! 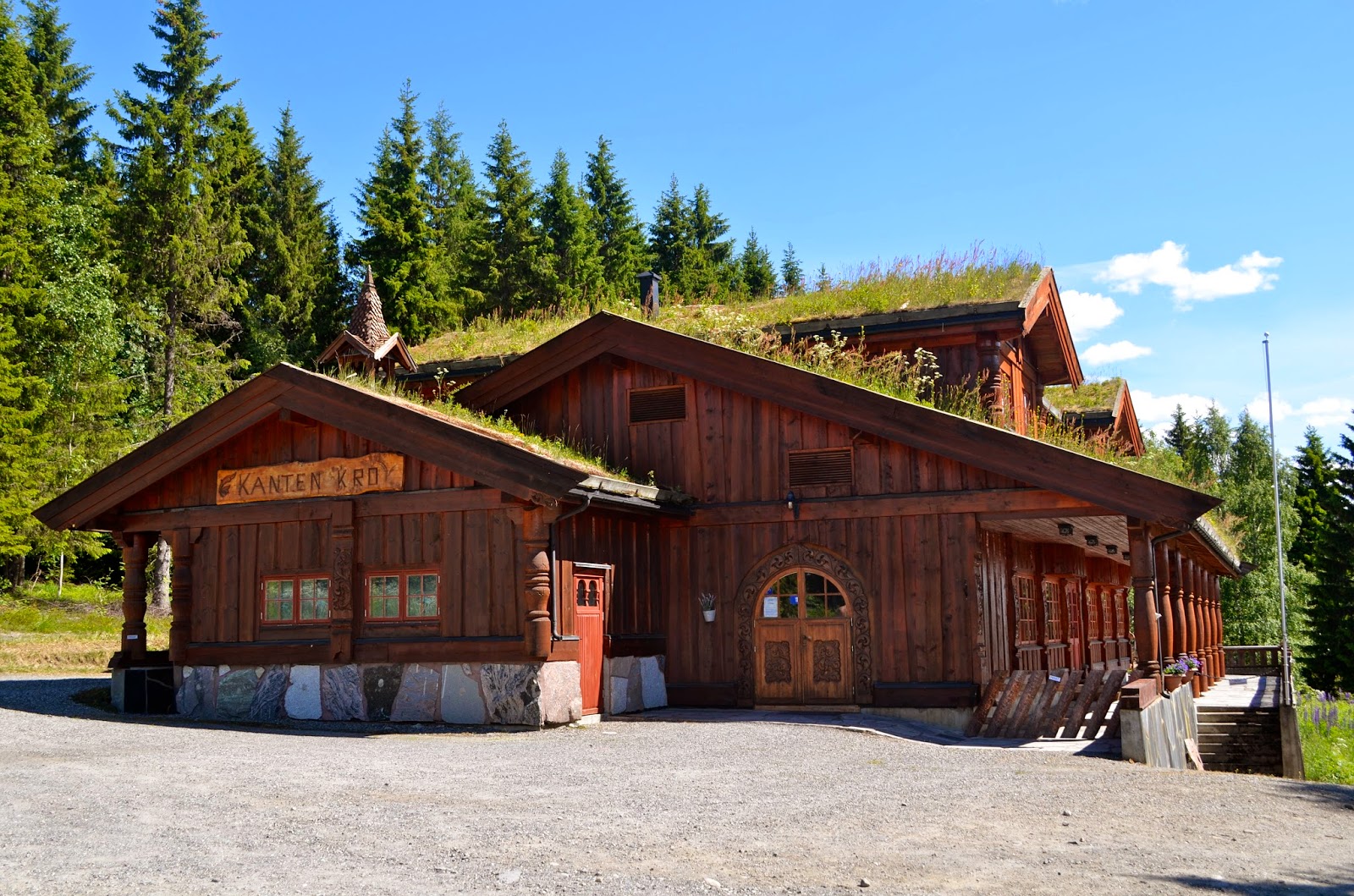 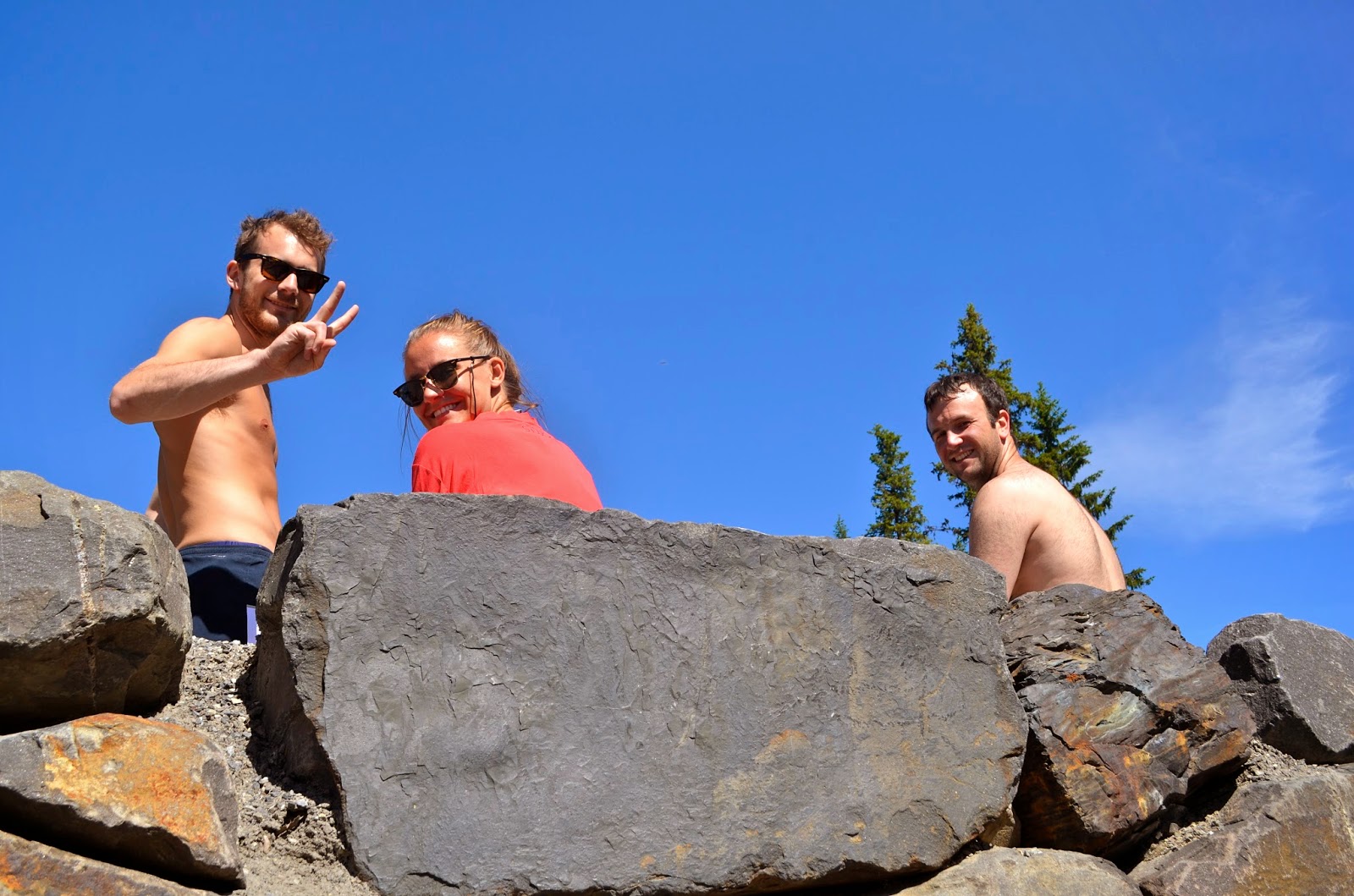 After our climber, we showered, packed and loaded the car for a road trip! Char, Ole, JP and I were headed towards Bergen, but first we had an adventure over the mountains to get to the coast. We decided to take our time and stop and smell the roses (aka check out the sights) when we wanted. 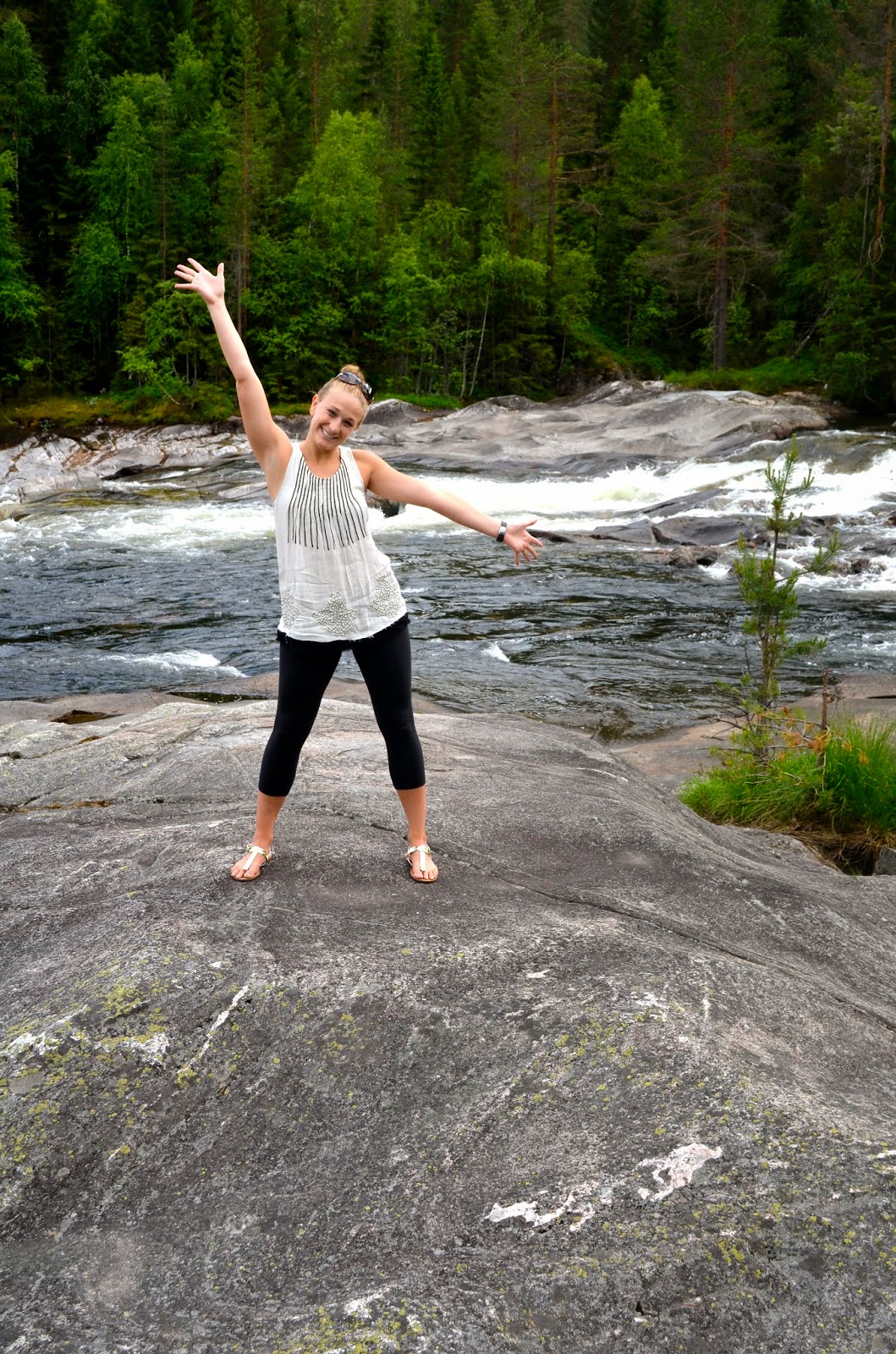 Along the river, there is a spot to see true cave man carvings from the paleolithic era. And guess what they’re of? Moose! Not my little moose, but the actual animals that dwell in Norway. (We actually saw one from a distance in the woods on our trail run!) 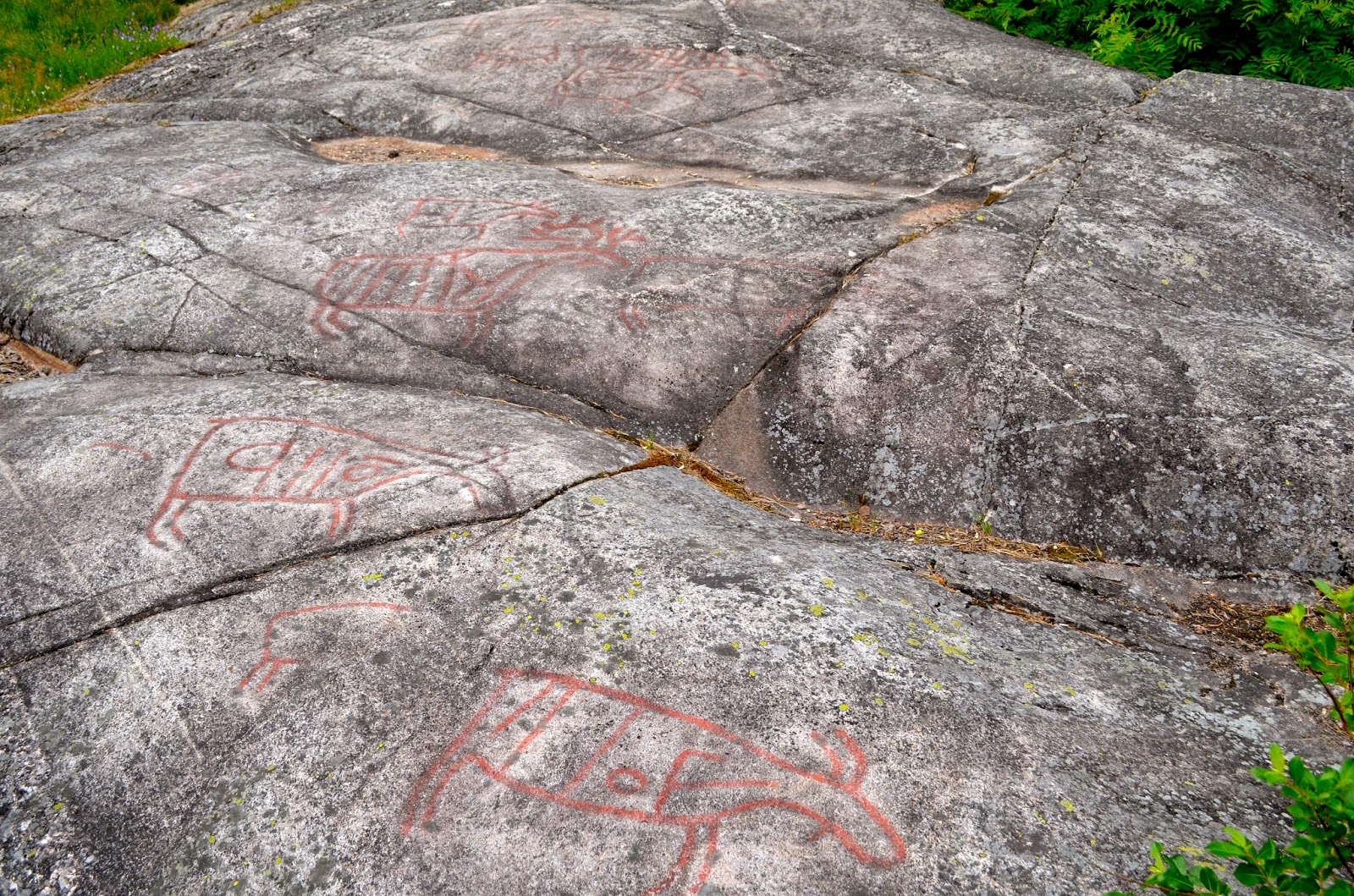 The red markings are there to show visitors where to look and it’s better for pictures. You can truly see the indentations from up close. Oh and did I mention just how beautiful this area was as well? 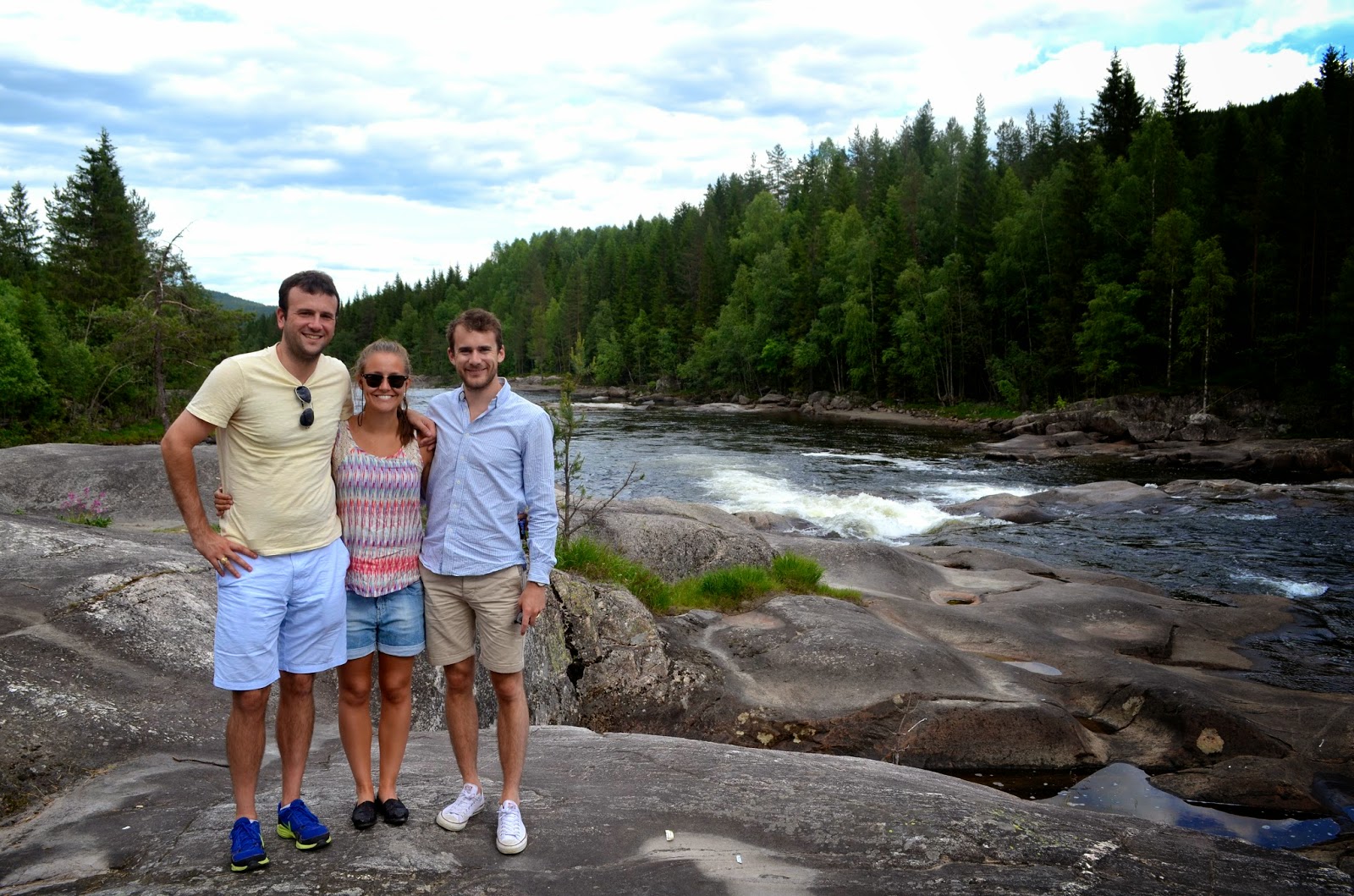 Ole was a wonderful tour guide and informed us of various facts from Norwegian history which I loved! Here is a flag painted into the side of the mountain originally by the Nazi resistance in WWII! 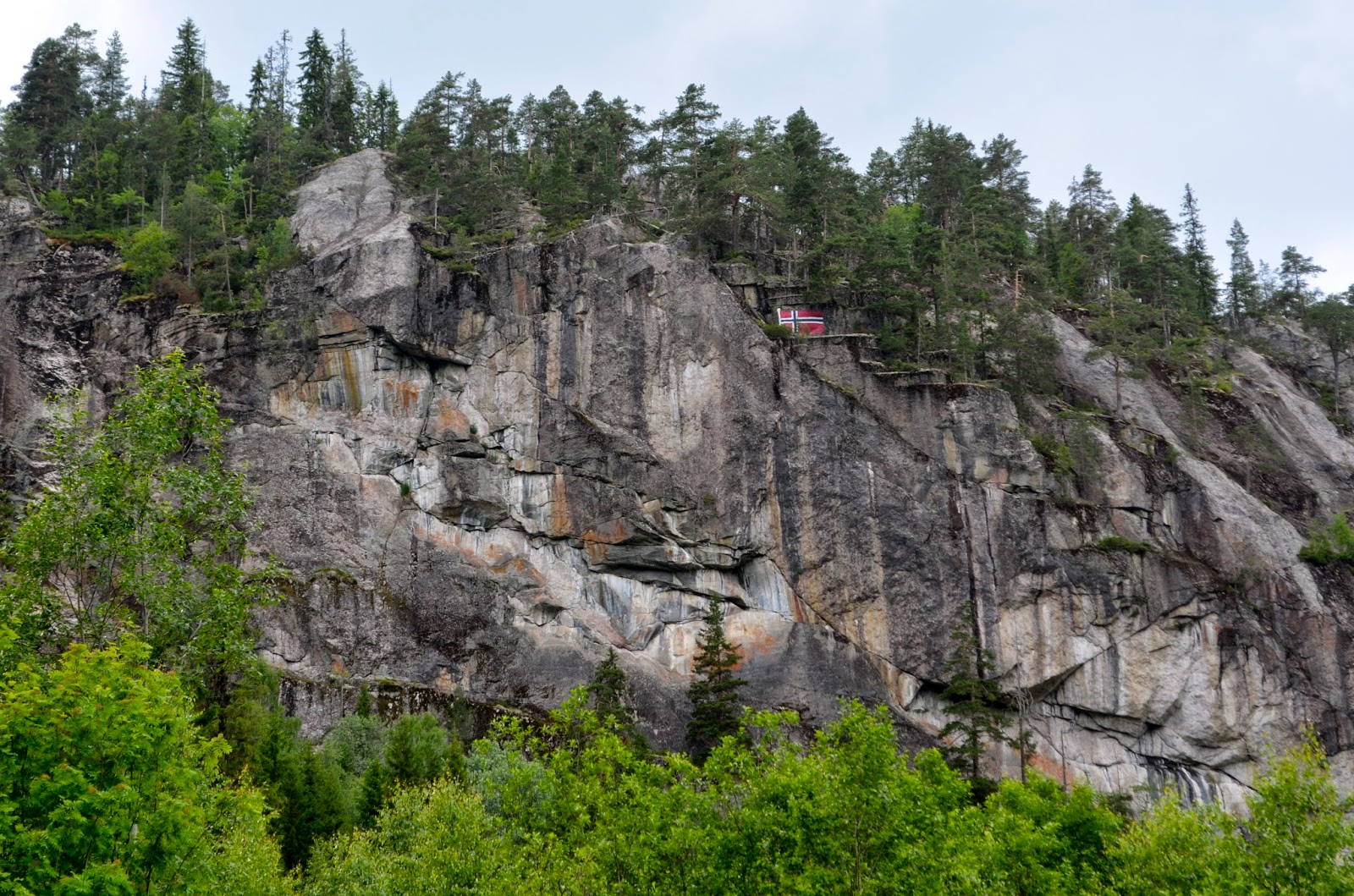 Along the trip there were countless waterfalls. I couldn’t get enough of them. Little ones streaming down the mountain, huge ones engulfing a hillside. Just gorgeous. 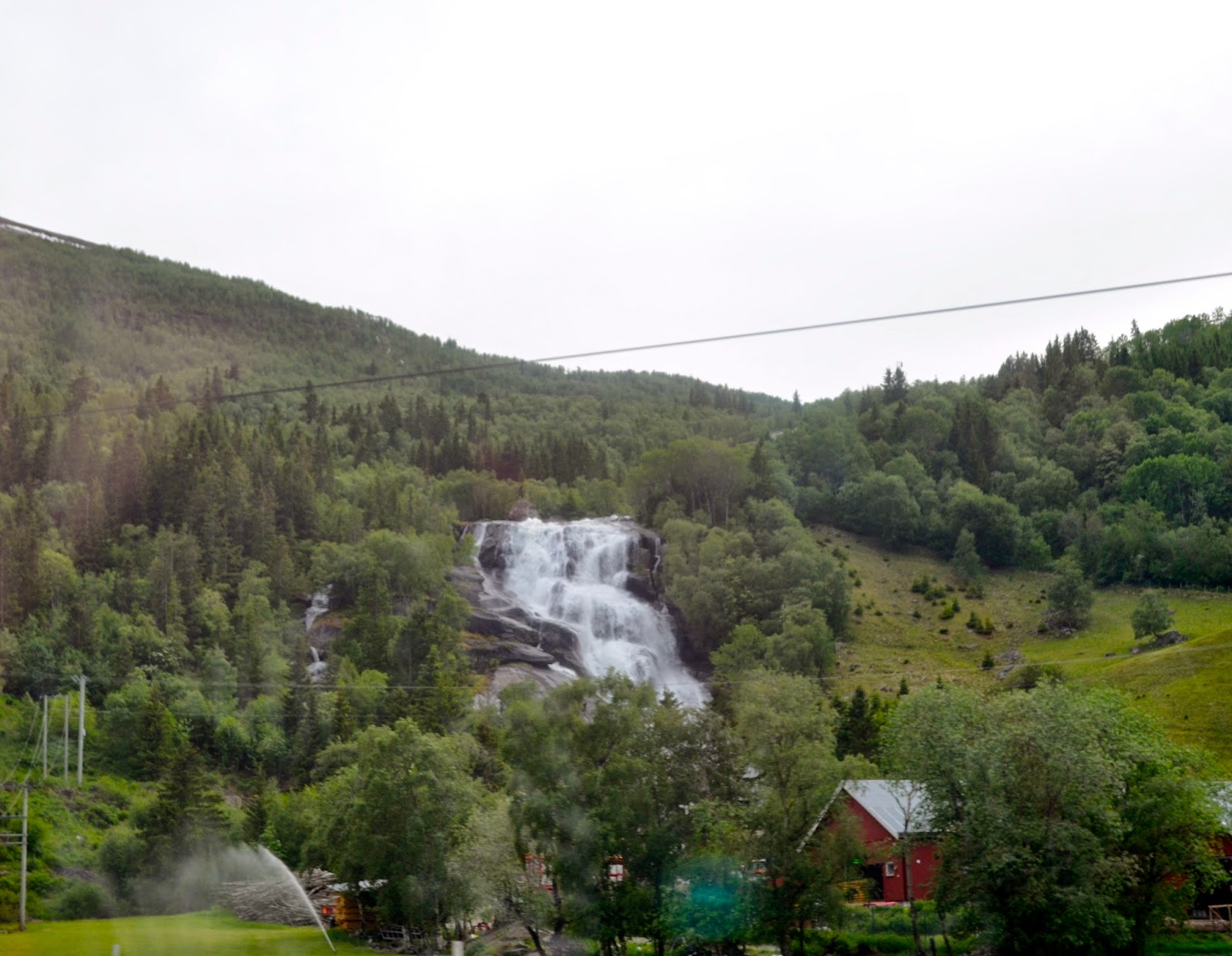 Our last stop was an old, old church that was erected in 1180. Yes, that starts with an eleven! This is also the church that inspired the church for Frozen during Elsa’s coronation. Yes, awesome fact, I know. You’re welcome for that. 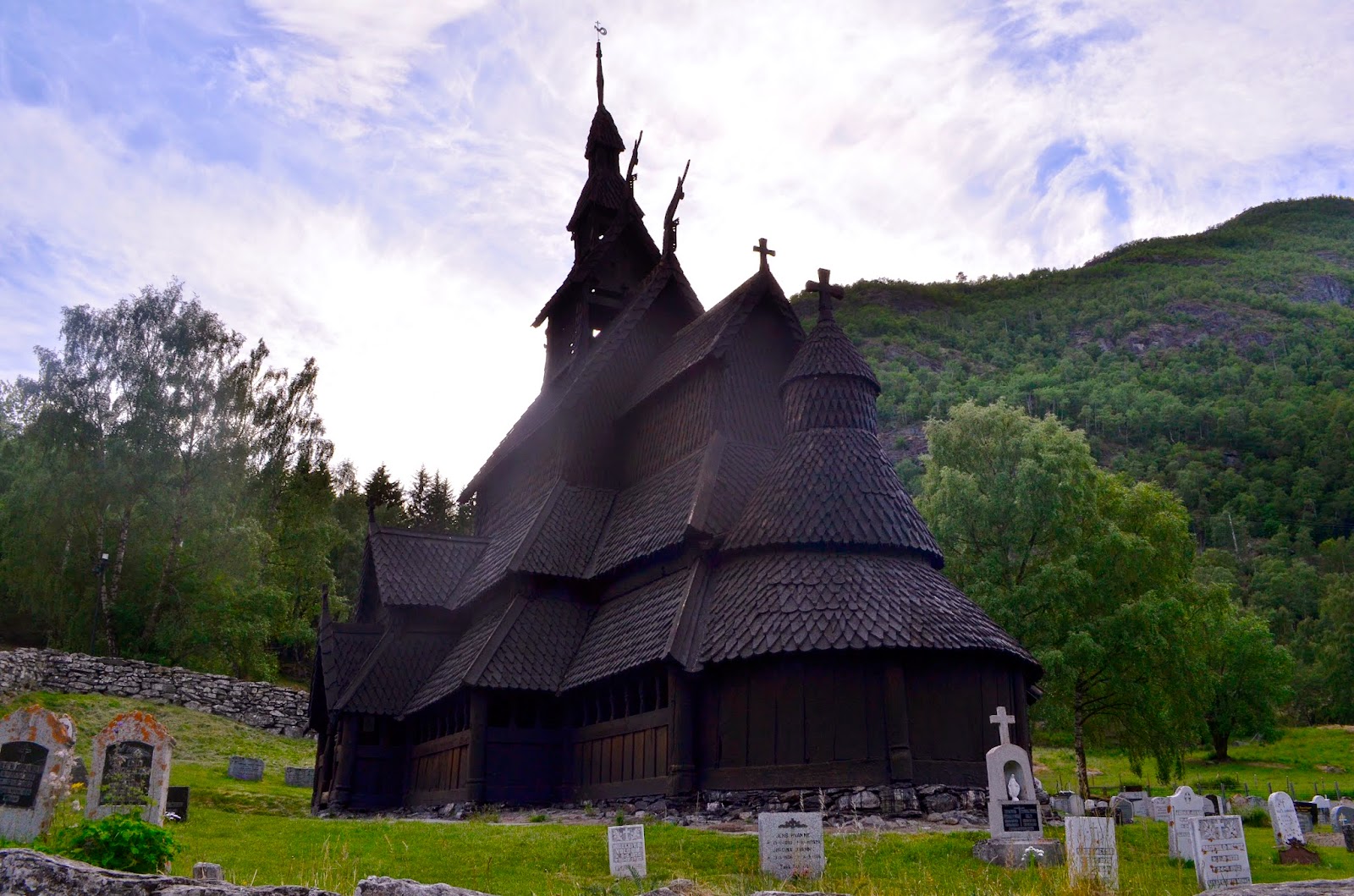 It’s simply stunning. Plus it’s pretty amazing to see something that old and fragile still standing. 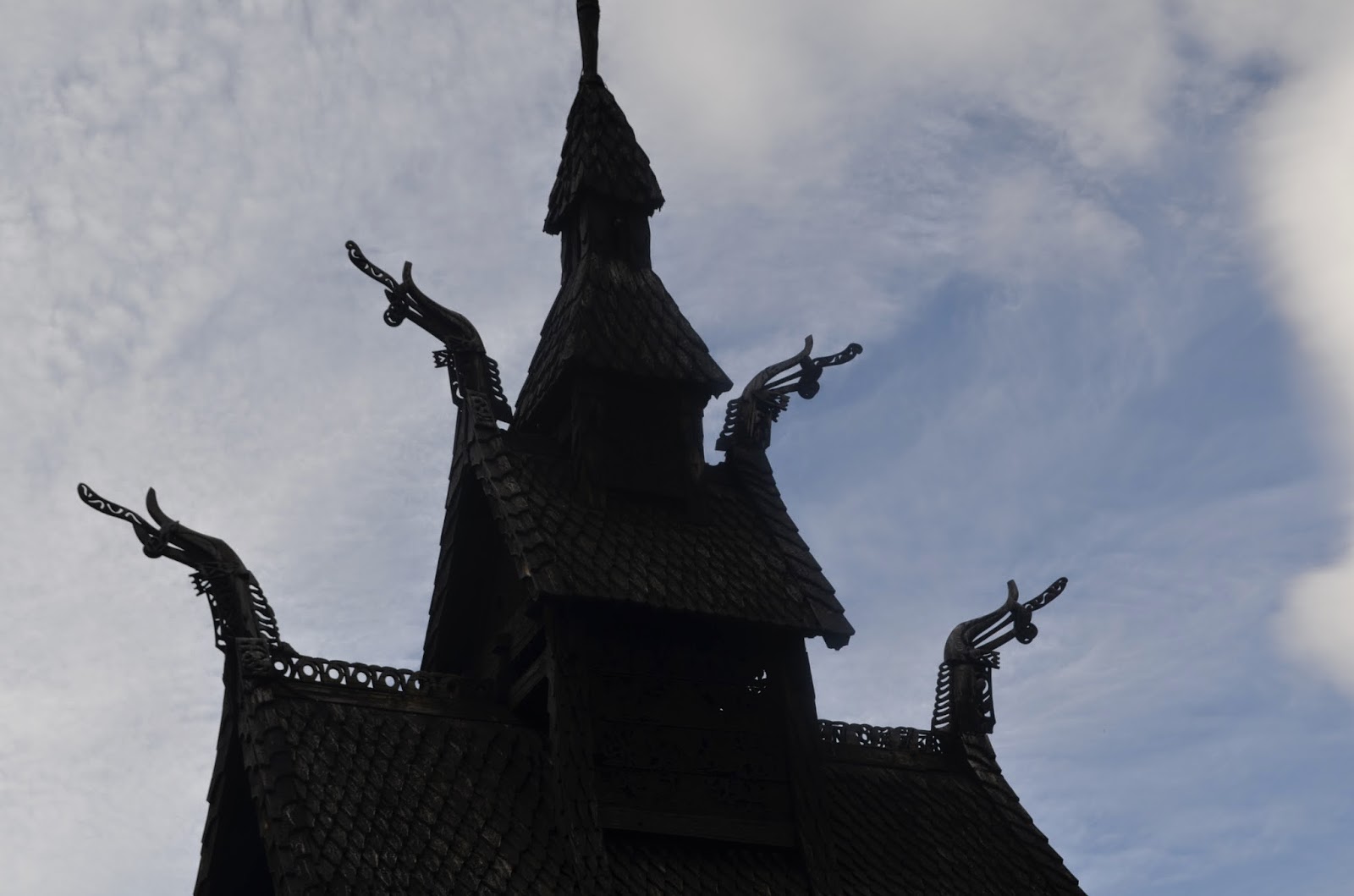 From there we continued on our trek towards Bergen. We arrived in Fonnes, a town on the outskirts of Bergen, where Anna Lise grew up. After nearly 7 hours in the car, we made it! More on our trip to Fonnes and Bergen tomorrow to round out my Norway adventure.