So I have yet another picture post for y’all today! Last week, y’all may have noticed that I disappeared for a few days…I was off to Calgary! JP had to go up there for work and I had never been so I wanted to go! Luckily I was able to get a plane ticket on my United miles…so even though I was only there Wednesday to Friday, it was worth the quick trip.

JP picked me up from the airport and took me to a nice dinner near our hotel at a nice restaurant called Joey Barlow. There was an issue with JP’s meal because the crab meat for his sushi was still frozen. The manager came by and it was really no big deal to us, granted I was very hungry, but it wasn’t her fault they ran out of crab. Instead he had an avocado roll and we ended up getting our $70 meal for free! Not a bad start to my trip to Calgary 🙂 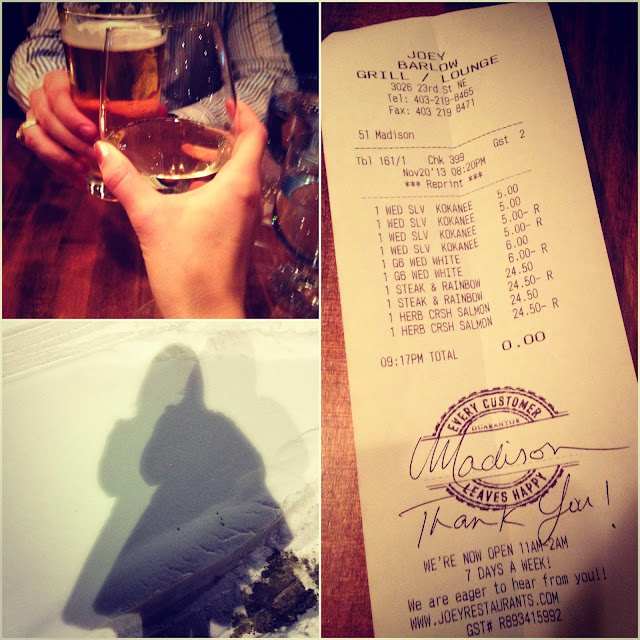 Thursday JP had to work, so I took off to downtown for some exploring. But first we had to stop for breakfast at Tim Horton’s…they’re about as abundant as Starbucks in Houston…if not even more! After breakfast, I took the train straight into downtown {all by myself I might add 🙂} and headed straight for their mall! 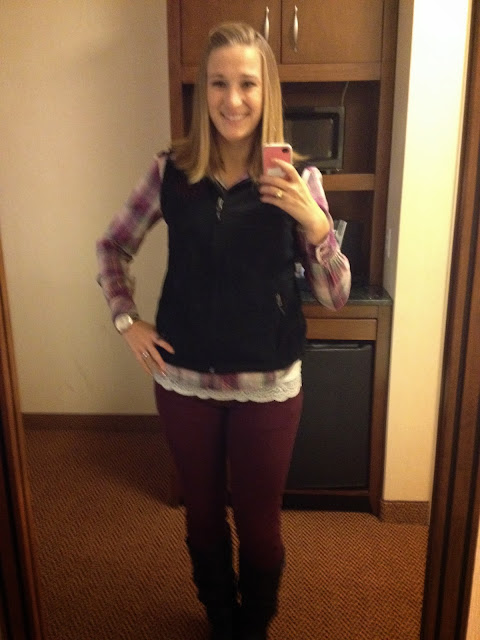 Once I got downtown, I walked around a lot in their above ground tunnel system and eventually made it to the mall where I went straight to the indoor gardens on the forth story! 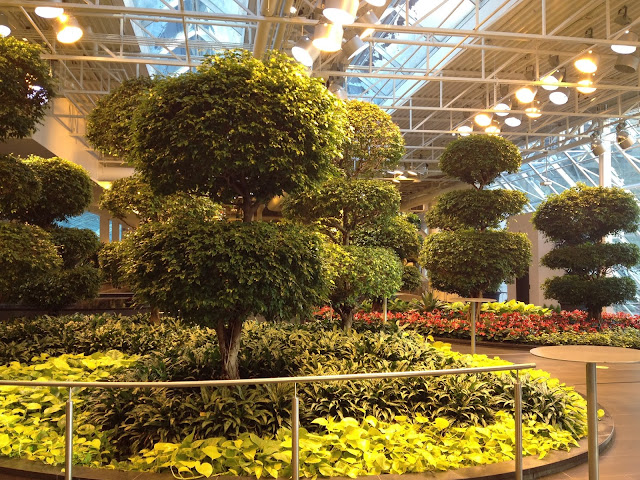 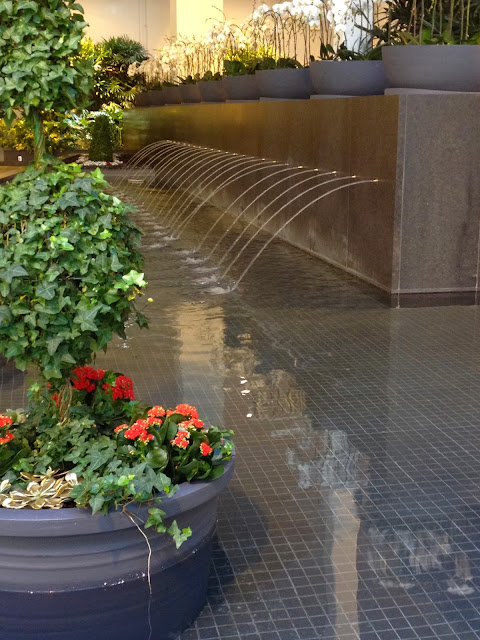 I loved walking around the gardens indoors since it was so freaking freezing outside! And of course, the gardens were followed by lots of shopping in The Core downtown shopping mall. I managed to get a few super cute sweaters and tops for my trip to New York!

Later that day, once it warmed up a bit, I took a stroll down the historic Stephen Avenue which is an outdoor pedestrian mall! I took a pit stop at the Calgary Tower and paid for a trip to the top to get an amazing view of the city. 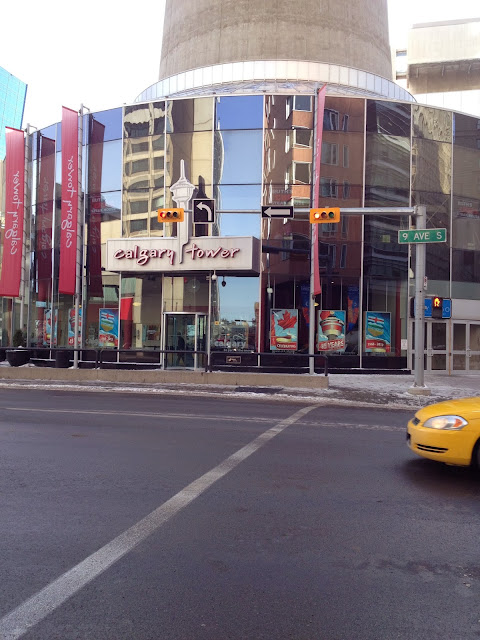 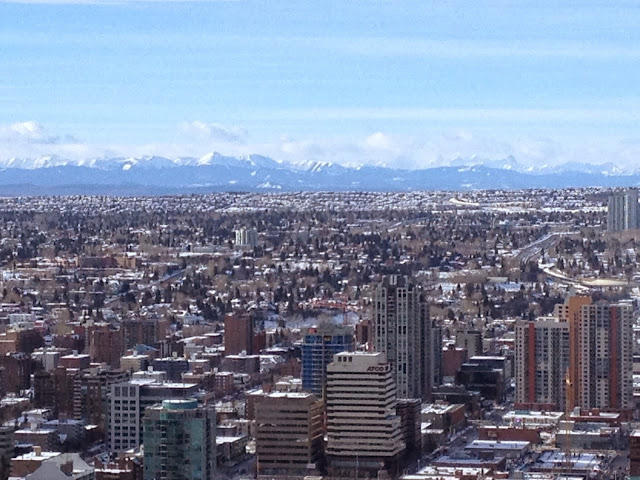 I loved the glass viewing deck that you could step onto. I’m not afraid of heights at all, but JP is. He quickly said that he was glad that I was able to go do that without him 🙂 After the tower, I went to explore Olympic Park before heading back to the train. 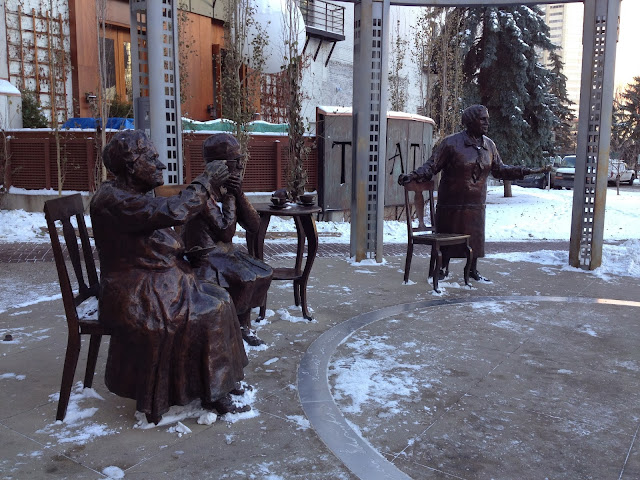 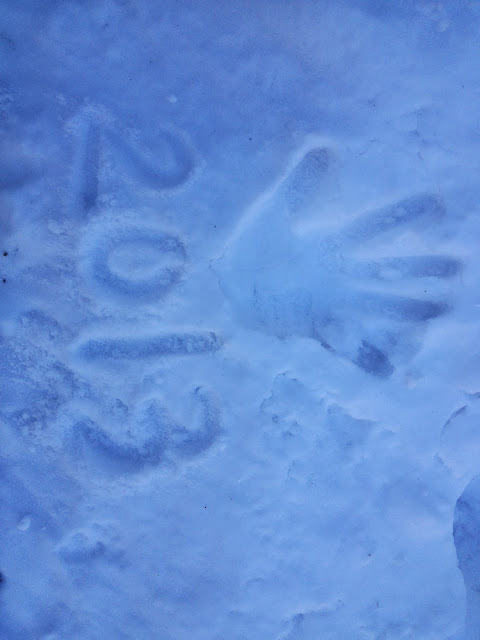 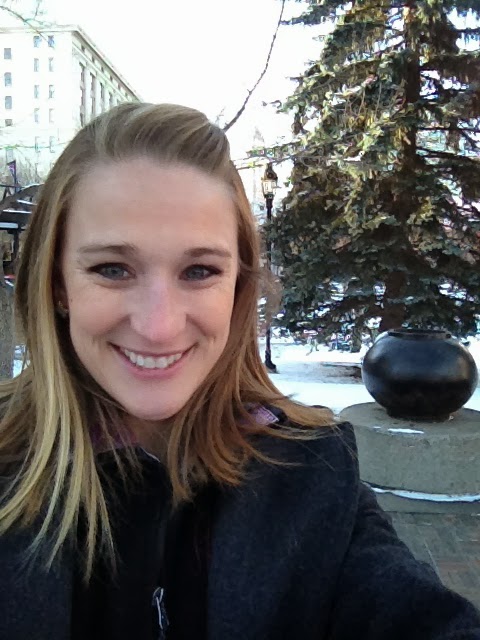 JP picked me up from the train station and we decided to grab a drink before going to dinner. Oddly, Chili’s had a good happy hour deal, so we dropped in and I HAD to snap a picture of the restaurant. Apparently, Chili’s is a Texas Grill everywhere outside of the US…who knew? 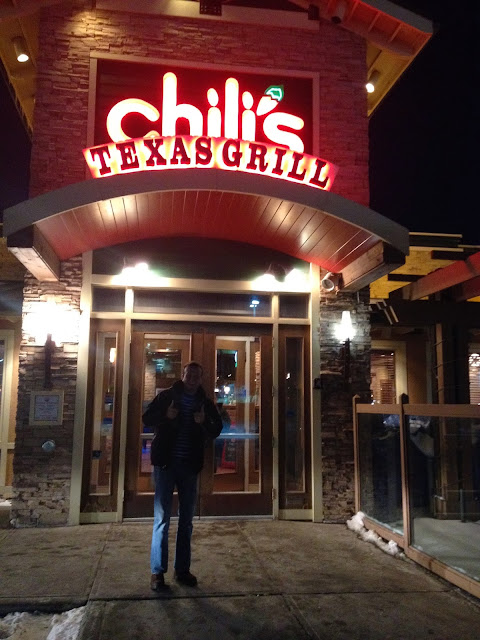 Dinner followed at another nice restaurant called Earl’s! And I was so hungry that no pictures were taken…ooops! Then we headed back to the hotel and jumped into the hot tub for a bit to warm up our frozen bodies.

Friday morning started early with a quick workout followed by breakfast again at Tim Horton’s! This time I got a Christmas cup! 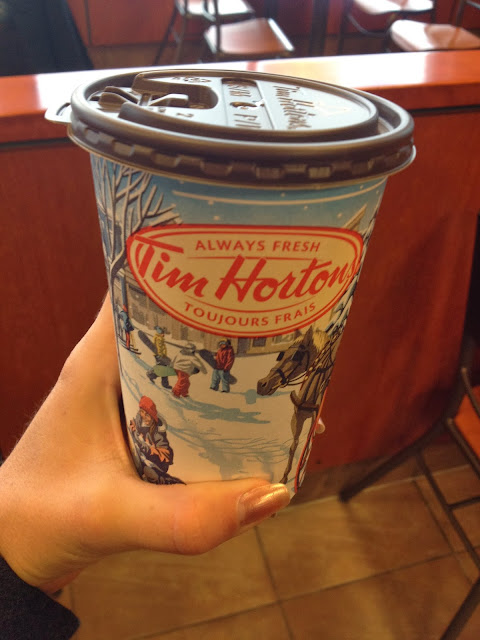 Since our plane didn’t leave until a little after 1:00pm, we decided to push our luck and head out to the Christmas Market at Spruce Meadows! I even got to see real live reindeer! 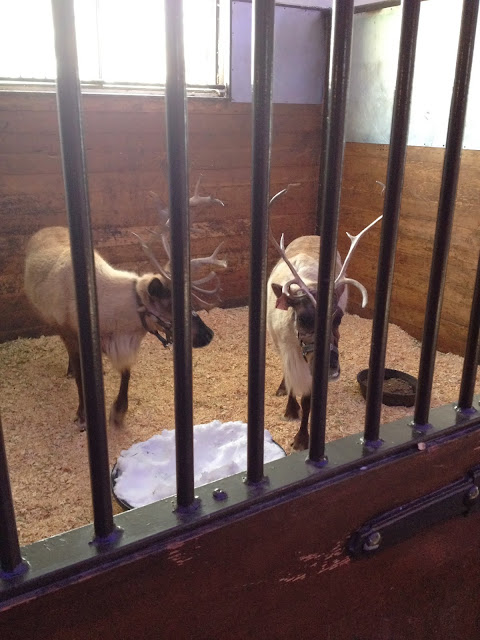 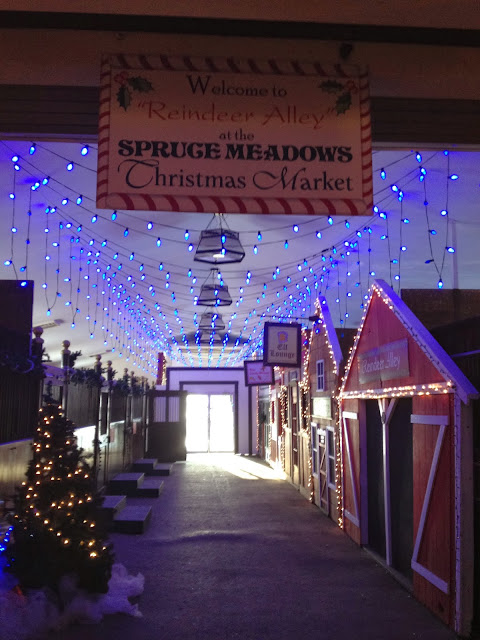 We walked away with an ornament from Canada, some toffee and peanut brittle and some beautiful candles! I’m so glad that we decided to squeeze it in even though we didn’t have a ton of time. 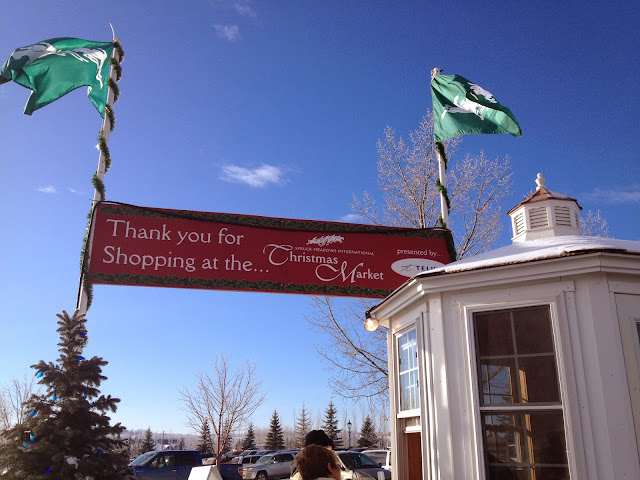 It was a super quick trip but completely worth it if you ask me! I love exploring new cities…especially in different countries! Calgary lived up to my expectations and I really want to go back when it’s a little bit warmer! 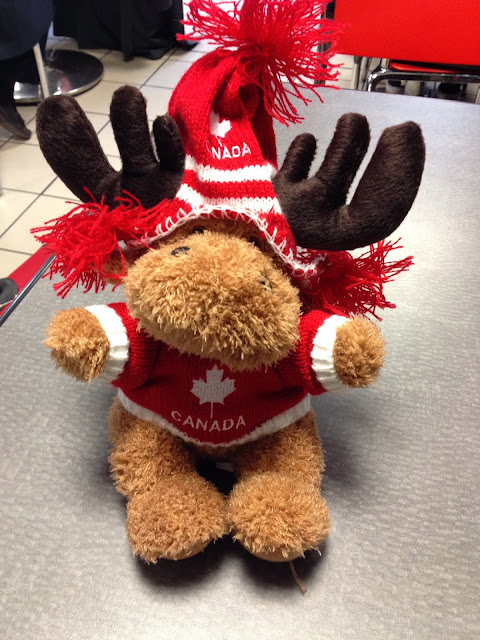 Do you like randomly exploring new cities or do you prefer to have a set plan?
What cities have you visited recently for a quick trip?