Y’all, I know that not everyone is a nut like me and loves running. But let me tell you something. Everyone would love a color run. Unless your boring and don’t like color or fun or puppies. You don’t have to run fast. You’re not trying to beat anyone. You aren’t even timed! 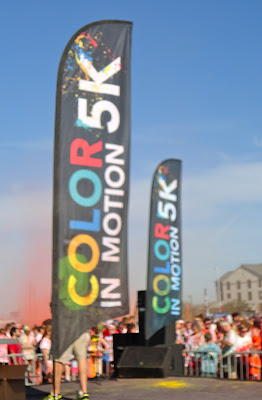 Luckily the race didn’t start until 9:00am and it was a short 10 minute drive over to Reliant, so we didn’t have to wake up terribly early for this race! That my friends is rare. We got to the race and quickly moved our way up to the very front of the second wave. We wanted to be at the front so when we got to the color station we would be first to get color blasted. Little did we know that this race had some serious color and it didn’t matter where you were, you were going to be colorful!
The race itself was fun and easy. It was a loop around the parking lots of Reliant Stadium {where the Texans play} with about 5 different color blasting stations. No, they didn’t actually refer to anything as color blast; however, I may have said it about a dozen times on race day and think it has a nice ring to it. Color blasted. Yeah, I like it.
When we went through the green station, I got color blasted in the face. Yeah it happened. Color in my mouth, nose and eyes. I survived. I’m a survivor. 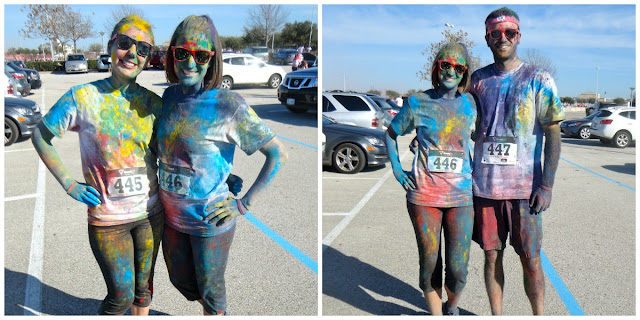 And this is what happened to us. We were seriously color blasted and I loved every minute of it. Once we crossed the finish line, there was a big color party. It involved buckets of color and throwing it in the air…or at your bestie and your hubs because I’m 5 like that. 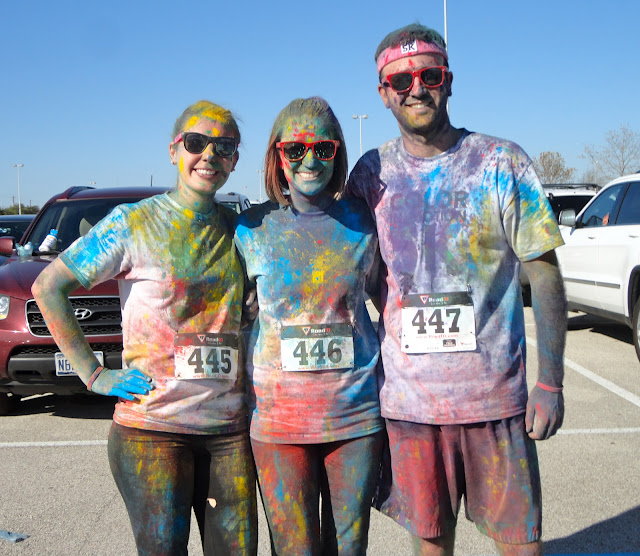 We are totally rocking our color. I mean, you can’t even see the Color in Motion logo on mine and Julie’s shirts. The color came out relatively easily though. Except for a few places. Like places where you sweat. Let’s just say that my arm pits and some other areas were tinted a purplely blueish color until I showered a second time. I also had to wash my hair twice. I had a bit of blue on my scalp, but it’s gone now. Just a momento of being color blasted. 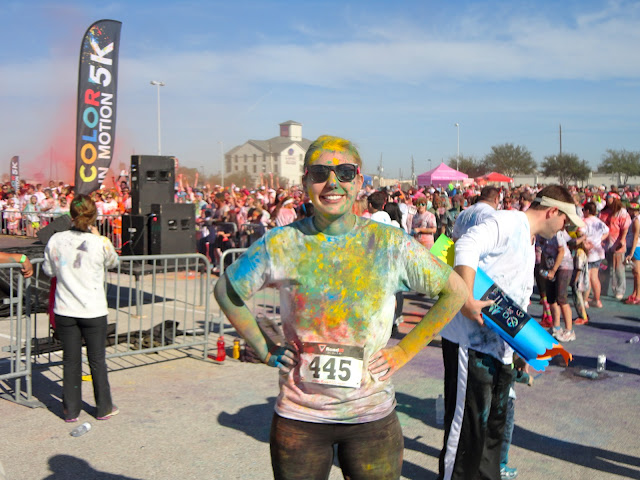 Here’s Julie at the color party! It was seriously fun. Every 10 minutes or so, there was a huge color throw. The hubs was able to catch one on the camera…how cool is that?! 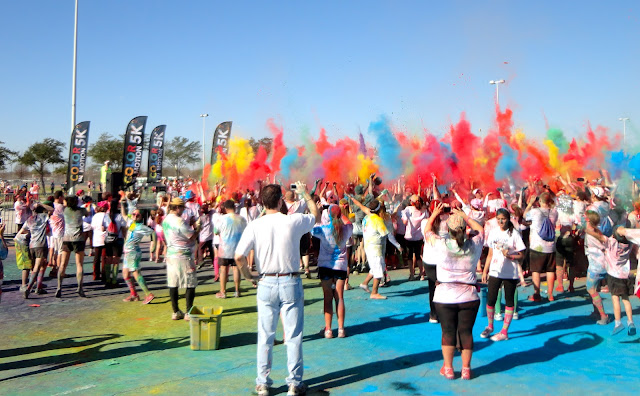 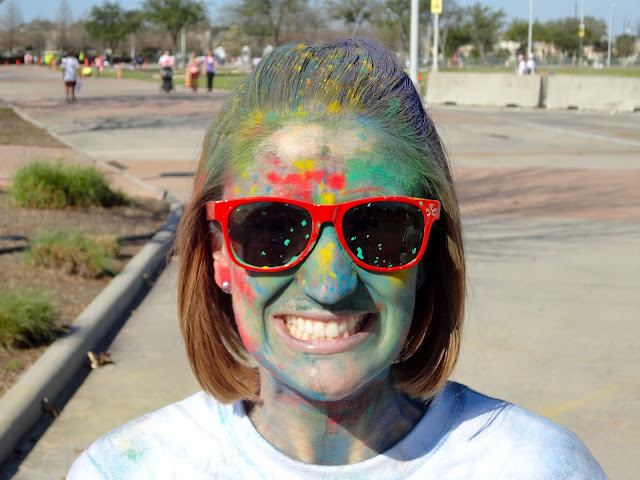 I wasn’t quite aware of just how colorful my face was, so the hubs took this gorgeous picture of me. I’m thinking about sending it to some modeling agencies to see if I can get a gig. If that doesn’t work out, I’ll probably just have several copies printed out and framed to give to my friends as gifts. I mean, who doesn’t want that face on their mantel? Okay just kidding. Kind of.

All in all, the Color in Motion 5K was a huge success. It was incredibly well organized for such a large race. The staff members and color blasters were great and the color party was so fun! I would definitely do this race again. If Color in Motion is in your town…just do it!!! {List of locations}