Skip to Content
Amy's Balancing Act
You Are Reading
Bark at the Park
0
Home Family Bark at the Park
So this past weekend was a fun one. It was pretty low key and we stayed in town which sometimes is the perfect recipe for a great weekend.
It all started with wine and good friends followed by Mexican food. Hello, it doesn’t get much better than that. Especially since we all know that Mexican food generally includes margaritas as well 🙂 The hubs and I did call it an early night. Lame, I know, but after a long week of getting up early and going to bed later than planned, I needed some sleep!
Saturday was Maggie and Dixie’s first trip to Constellation Field to watch the Sugar Land Skeeters play ball! 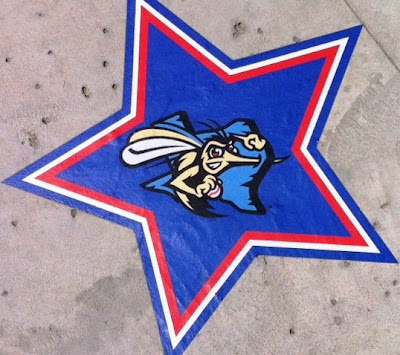 It was Bark at the Park day and let me tell you, Maggster was super excited. I reminded her about how much fun she had visiting with all the other dogs and people at the Pirates Pup at the Park night. This obviously got her super excited and ready to go! 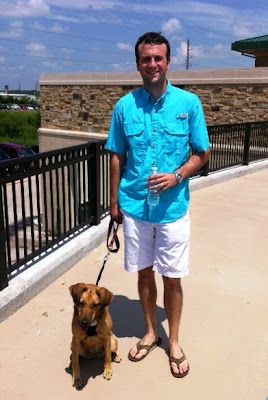 As you can see, it was a gorgeous day! Definitely on the hot side, but luckily the concourse was completely shaded and we even had a nice occasional breeze! 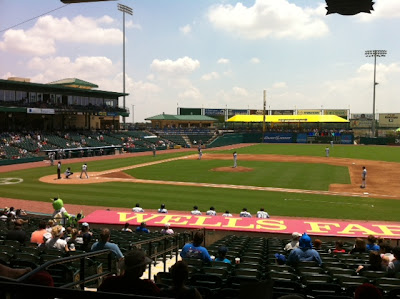 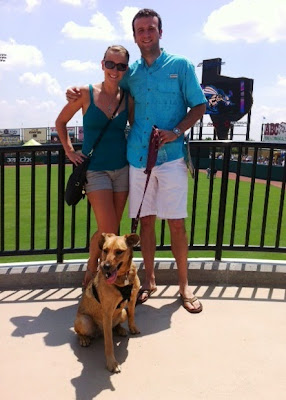 Family pic at the park! Gotta love Miss Maggie’s tongue! She’s such a happy pup. Still feel so lucky that we found her! 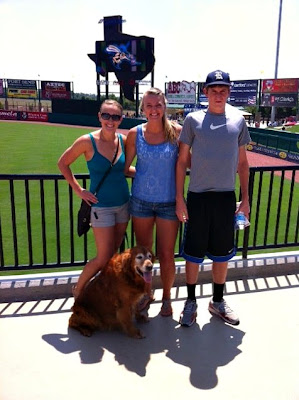 Same picture from yesterday’s post, but I had to get one with my Emily, Matt and Dixie dog! 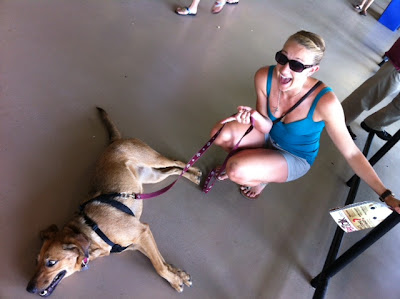 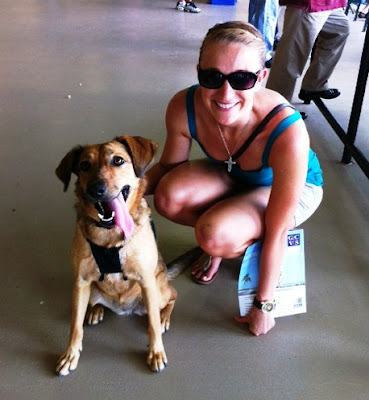 As you can see, Maggie had a great time. Her and Dixie were exhausted the rest of the day. All the little kids  at the park kept asking if they could pet Maggie. I was worried that she might jump on them, but she was such a good girl. I’ve also come to realize that my dog has an odd fascination with little dogs. I’m talking about teacup chihuahuas, Pomeranians, yorkies, you name it. She wants so badly to get close to them and give them a good sniff and be their friend. Sometimes owners get nervous since she’s biggies, but honestly, girlfriend thinks she’s a lap dog! My favorite is when the little dogs bark at her and she just stares. Love my little non-barker! 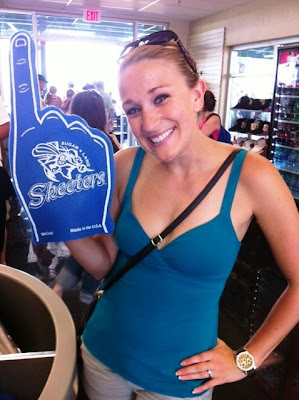 Emily and I had to take a quick trip to the Skeeters Store where I, naturally, had to take an awesome picture with a foam finger. I hear that people think I’m pretty cool. It’s probably because I post pictures like this one. 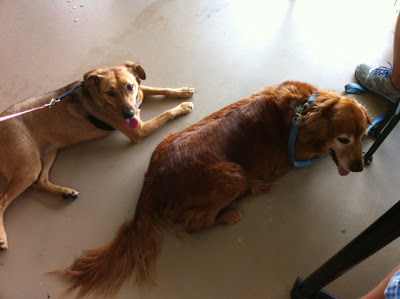 By the end of the game, our little girls were pooped! Not a terrible thing for my psycho dog. The hubs and I don’t complain too much when she’s worn herself out.
After the game we headed over to my parents house for some pool time! I was able to soak up quite a bit of sun while we all played some fun pool games. Luckily we got in all the pool time we wanted just before a summer storm. 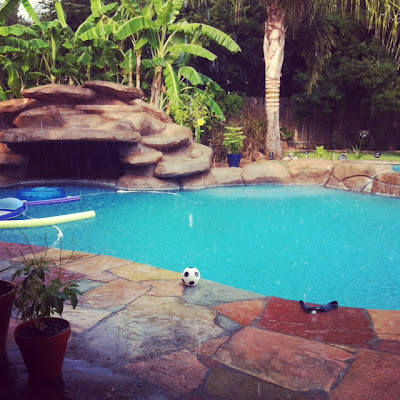 Emily and I sat outside and had some sister time while it rained. I absolutely love being outside at my parents house. As you can see, the view isn’t too bad 🙂 I definitely can’t complain about the people either – spending time with family is one of my favorite things to do. It helps that they’re pretty cool and for the most part, they like spending time with me too!
Sunday was full errands – craft store, grocery store, lunch, running store. All sorts of stores! Sunday evening however was Houston Blogger Meet Up! You’ll still have to wait a bit longer for that one. Come back Thursday to hear all about my awesome painting and new friends!
Have you ever taken a pet to a baseball game, sporting event or other pet friendly event? If not, would you want to? I personally love being able to take Maggie places. It’s a great chance to socialize her and she doesn’t have to be stuck at home! Plus who doesn’t love this face?!