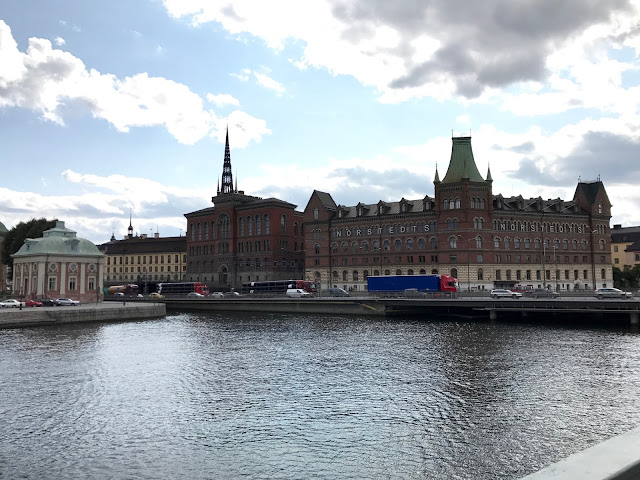 It’s Friday! Today I want to take your mind away from the daily grind and explore the world. Today it’s Stockholm! I absolutely fell in love with Stockholm and can’t wait to share our adventures. 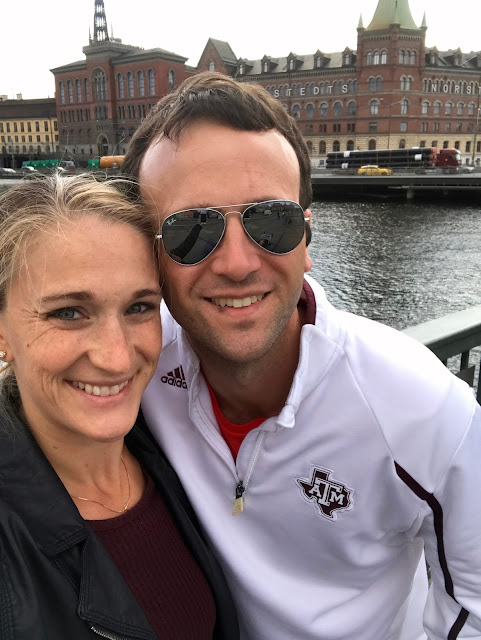 Our last day in Norway was Charlotte’s wedding day. We left the wedding just after 2:00am, got back to our house, showers and were on our was to the train station by 4:45am. Chloe and I managed to get an hour of sleep on the train, but that was it. We were all zombies at the airport and just wanted to get to our next stop.

Once we landed in Stockholm, picking up our bags and everything was very easy. Then we just needed to decide how to get to the city center. There are several different options and since we weren’t in a huge rush, we opted to take the bus which was only about $10/person. We were at our hotel by noon and they even let us check in early! {I’ll do a post later on our hotels.} We pretty much dropped our stuff in the room and decided to just go. Exhaustion was setting in and we knew we’d be so off if we slept! 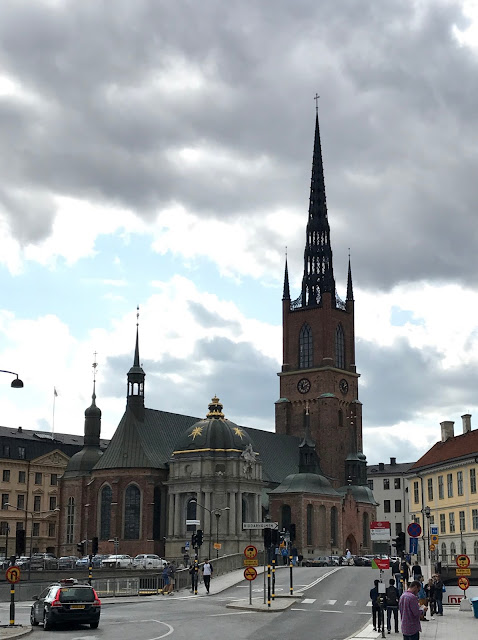 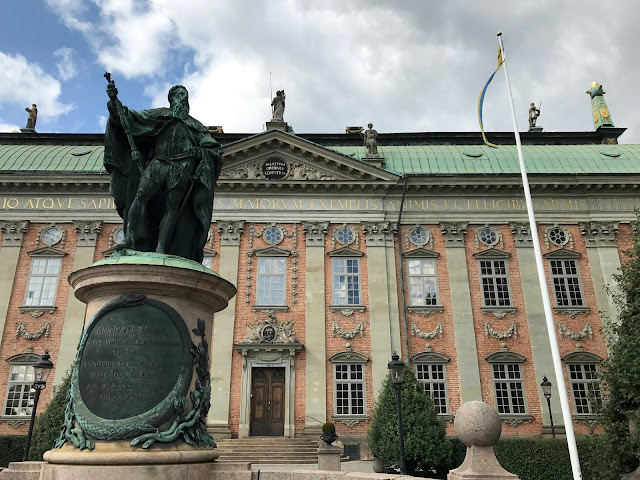 Instead of napping, we hit the road and started walking to Gamla Stan or Stockholm’s Old Town. Along the way we saw some gorgeous government buildings and churches that I had to stop and see. Some of the government buildings have information outside of them describing what their purpose is in Swedish and English. Since I love learning about other countries and cultures, it’s fascinating to me. 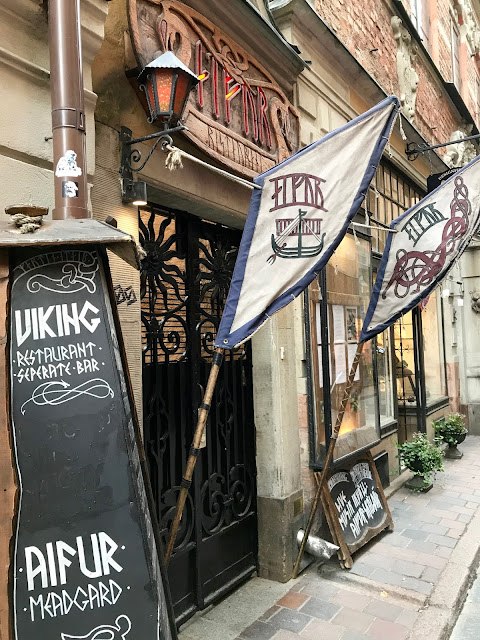 When we got to Gamla Stan, we just kind of walked around that first day. There are tons of shops and restaurants! We went into some of the shops, but several were closed since it was Sunday. There were definitely more things open then there would be in Norway on a Sunday! Some of the more interesting things were the Viking Restaurant, the narrow alleyways between buildings and the Vattenfall World Triathlon Stockholm was taking place! I didn’t get any good pictures of the participants, but as a running, I thought it was neat to see. 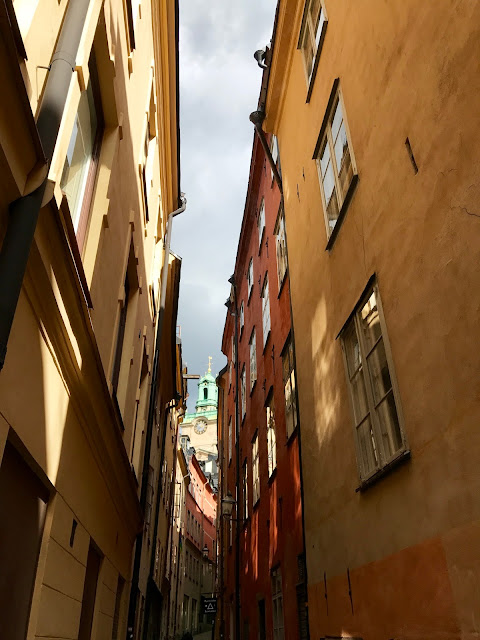 After a little wandering, we made our way to the square to capture some iconic pictures. 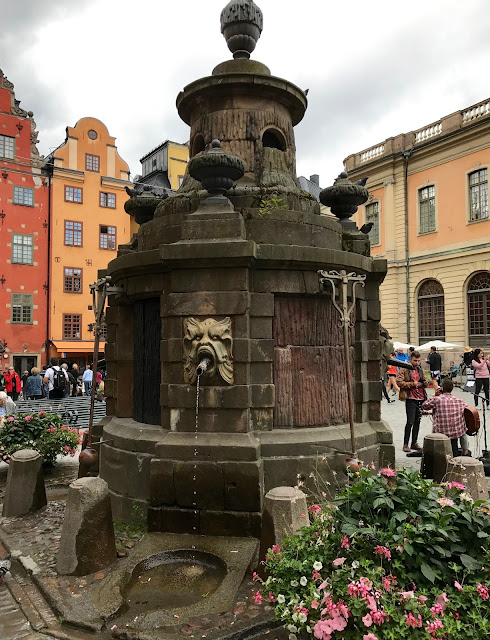 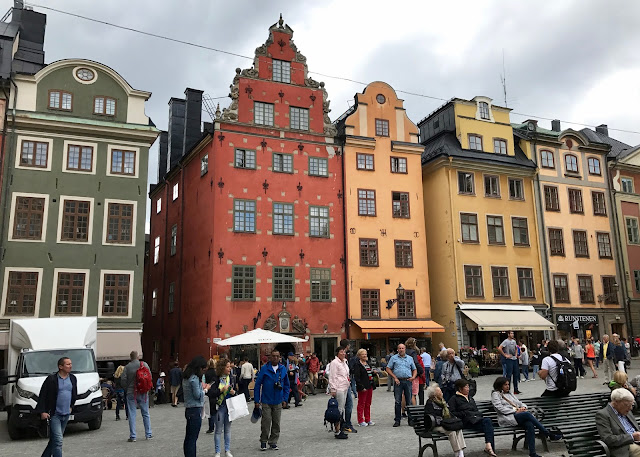 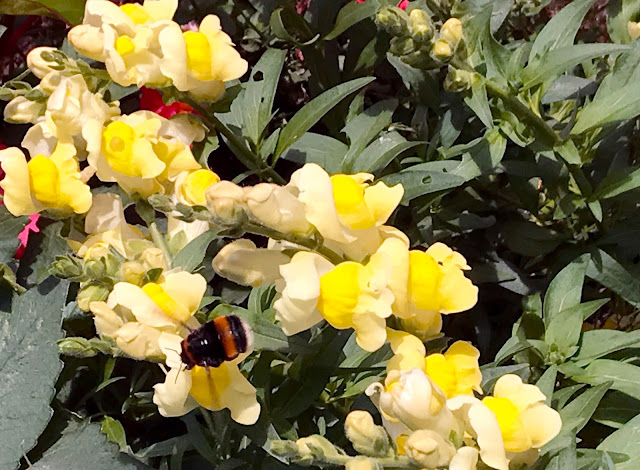 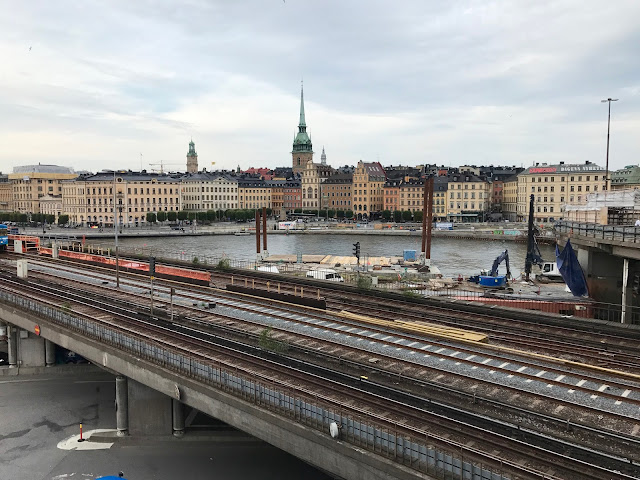 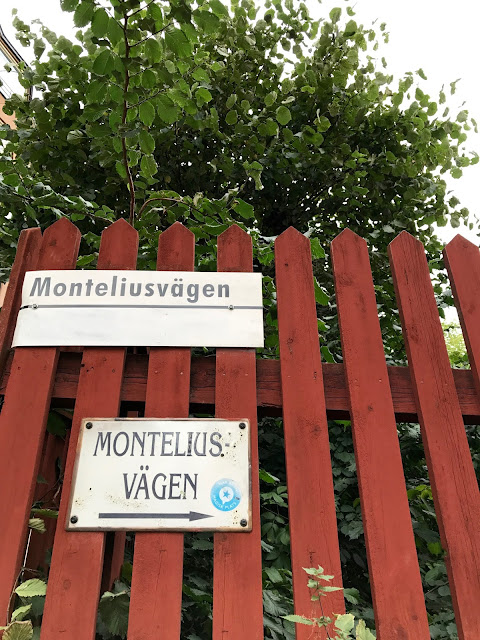 It was quite the walk to get over there for us. It was a couple of miles from our hotel plus the streets leading up to Monteliusvagen are huge cobblestones that are not at all conducive to pushing a stroller. We started getting a bit frustrated the last 10 minutes of our journey, but it proved to be totally worth it! Just look at these views! 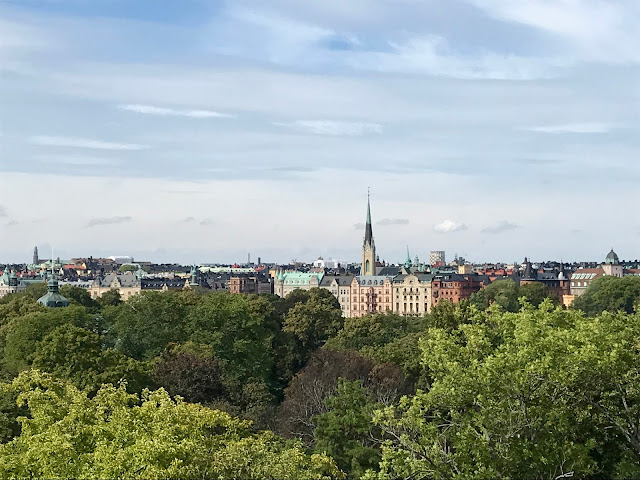 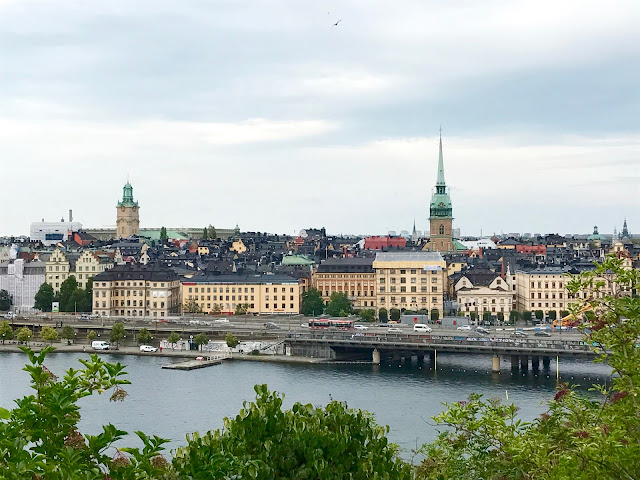 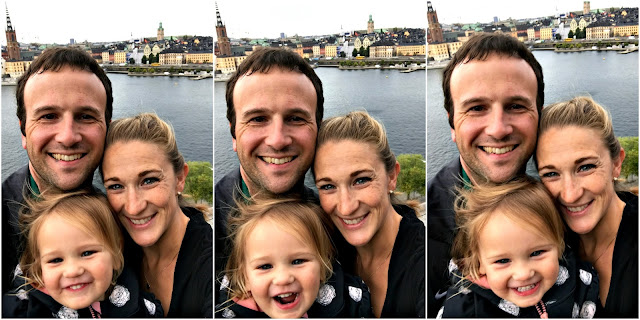 There were a few other tourists up there with us, but it was far from crowded. We were able to take our time and enjoy ourselves as we looked over the railing at the beautiful city of Stockholm. Like I said, I fell in love with Stockholm while we were there. I knew I was going to enjoy the city, but it proved to be even more magnificent than I anticipated. If you ever have the chance to visit, I highly recommend it! All Scandinavian countries are beautiful and worth the trip.

This is just the beginning of our Stockholm adventure with more to share, so stay tuned next week for my next Stockholm post. Until then, have a fabulous weekend! 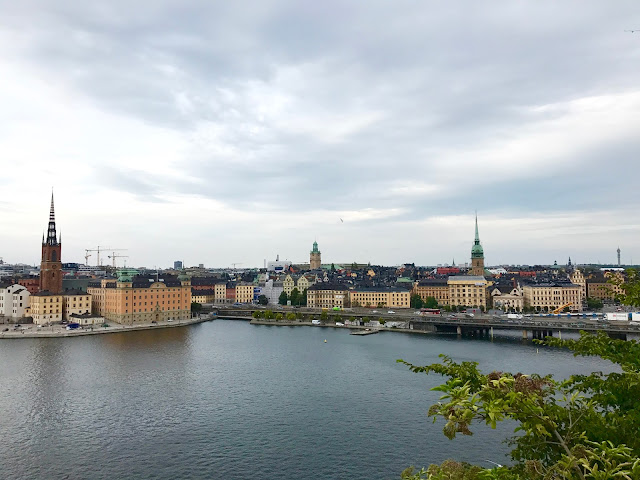