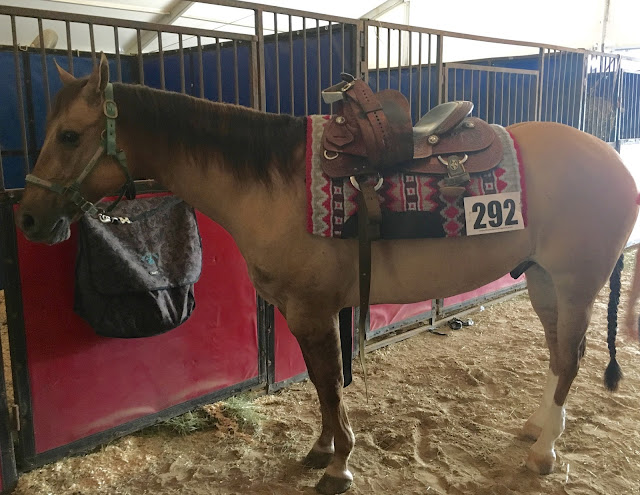 Last weekend we went to the Great Southwest Equestrian Center in Katy to watch Kristin compete at the NRBC with her horse Slider! Chloe was excited to get to put on her boots and see all of the neighhhhs aka horses. Her favorite part was walking along the stables and looking at all the horses. She would point at them and neigh with the biggest smile on her face! 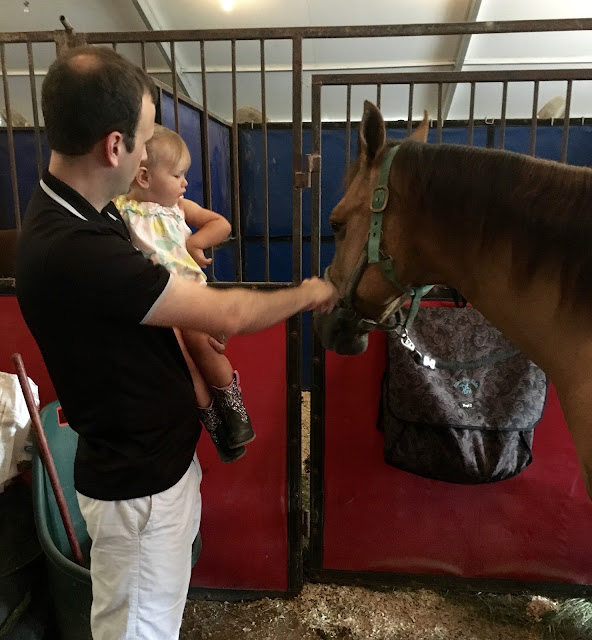 We were able to watch Kristin compete at this same show last year when Chloe met slider for the very first time. She was pretty little and had no clue what was going on, but it was fun to see her reaction to Slider! 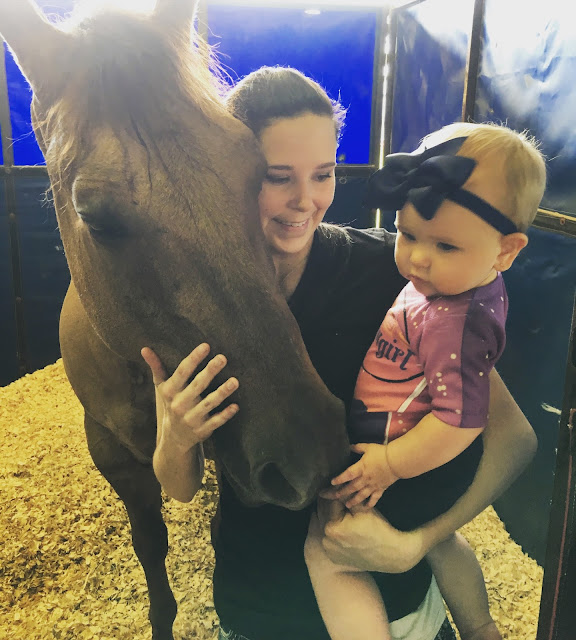 As with everything else Chloe related, this year was so different! Last year at the show, Chloe sat in her stroller being a good, quiet little baby. This year…oh boy. She wanted to get up and down off of the chairs. Then she wanted to stomp around in her boots. Then she started screaming for Anna aka Frozen. A screaming toddler isn’t the best at the arena because you don’t want to spook the horses! So what Chloe wanted, Chloe got. Good thing I came prepared with the iPad charged and ready to go. 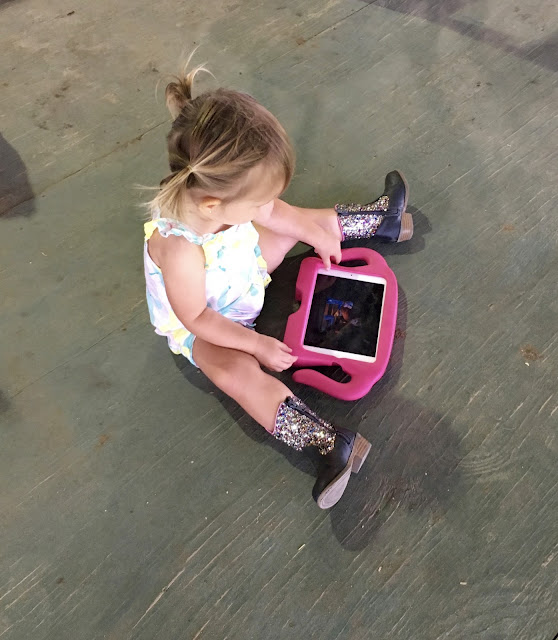 She plopped herself down in the middle of the floor and made herself at home with Anna! 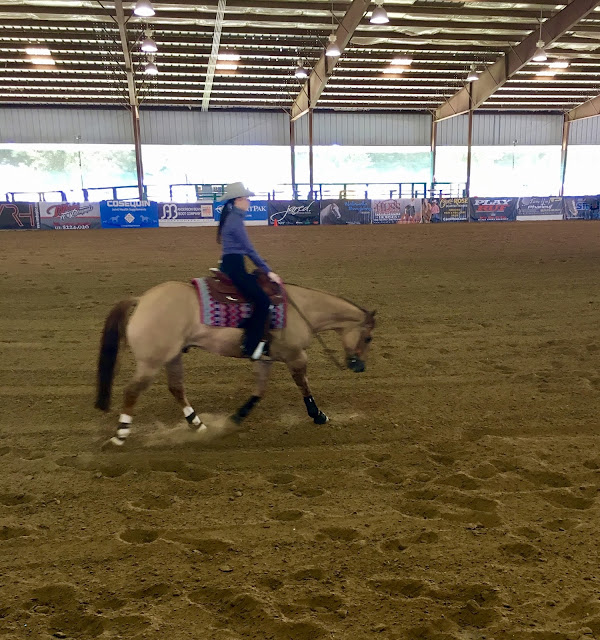 After a few minutes it was Kristin’s turn and she did great. She scored at 65 out of 70 and on Sunday she got 68 out of 70 which was her best score! I don’t know a lot about horses or reigning, but I’m super proud of Kristin and all of her accomplishments! 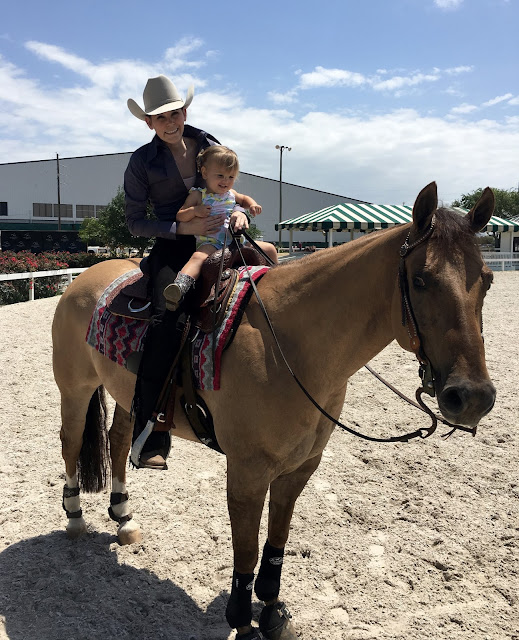 Once Kristin was finished, Chloe was able to go for a ride with Kristin on Slider! She was kind of reluctant at first, but she ended up having a blast. She was waving to all of the other horses, talking to Kristin and of course neighing. It was kind of the cutest thing ever. I’m a little biased though.

I’m so thankful that my daughter has a love for animals. I love animals so much and I want her to as well! I think all of the trips to the zoo are paying off! 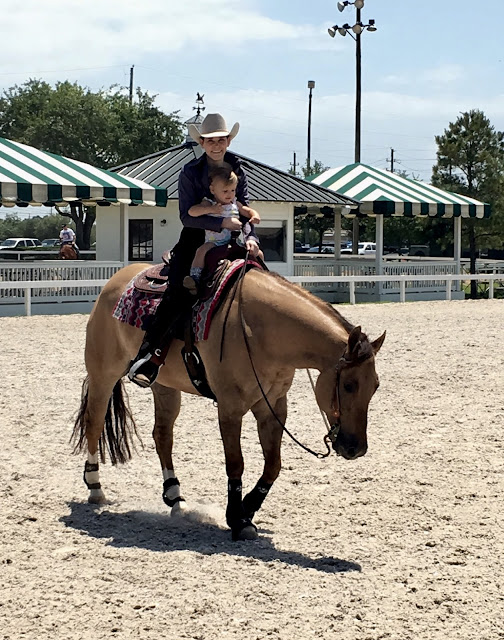 The horse show was such a fun adventure and something completely out of our day to day. Chloe had a great time and I got some adorable pictures. I also got to spend time with one of my closest friends that I’ve known for over 20 years. Pretty cool if you ask me.

Now we’re back to the day to day. It’s been a pretty low key week which is very needed! Happy Hump Day y’all!