Skip to Content
Amy's Balancing Act
You Are Reading
Impromptu Zoo Date
0
Home Family Chloe Grace Impromptu Zoo Date
Man yesterday I had a case of the Mondays. Our morning was slow going, but the rest of the day ended up pretty awesome. It was a Mommy & Chloe day at home, and we just did whatever she wanted to do. It’s safe to say that she loved that. She’s at such a fun age that we can do so much together! On Friday, Chloe had her 18 month pediatrician appointment which is right by the zoo! I had texted a couple friends to see if anyone could join, so Ali & baby Renee came too! 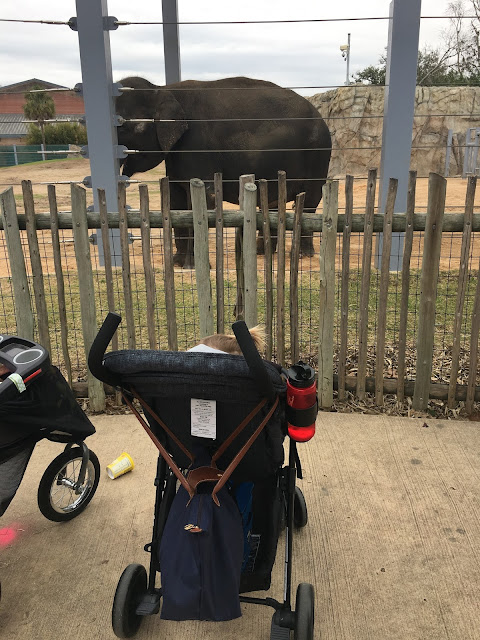 It was the perfect day for the zoo. It was kind of chilly, about 50-55 degrees, so all of the animals were out and about! Y’all, it was amazing. Since the Super Bowl was in Houston, there were tons of events going on in and around the downtown area. We were kind of concerned that it may be busy, but it was the opposite. I guess there were so many other things to do that the zoo was pushed aside that Friday. Like I said, it was amazing. 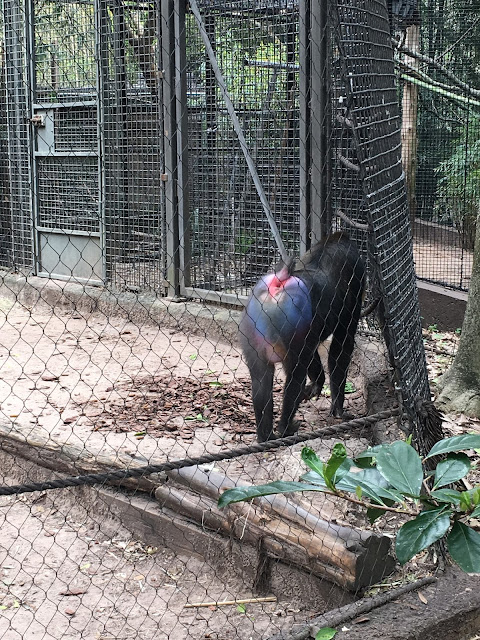 The animals were constantly just walking right up to us. To see what we were doing. Chloe’s first animal noise was a monkey and I’m convinced they’re her favorite animals. She loved pointed at and ooh ooh aah aah-ing at all the monkeys. The best by far was the orangutan… 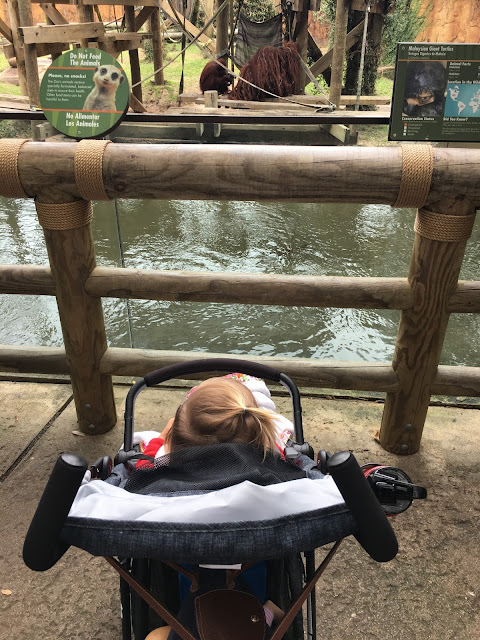 For starters, they’re usually not even out and about. It’s just so hot most of the year! But Friday they were all over the place. They went over to get some snacks and we decided to join them. 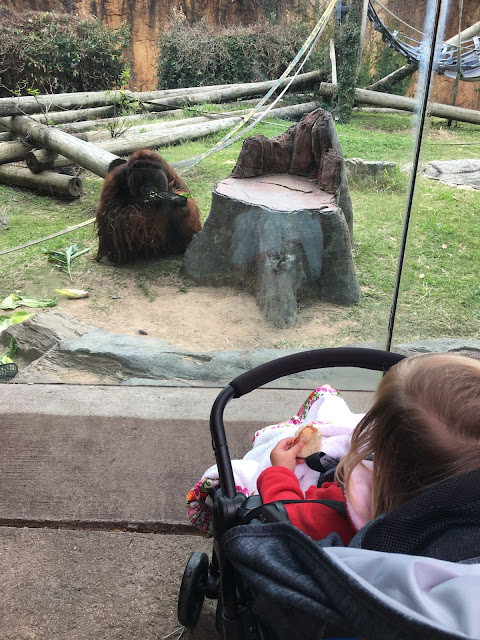 I had just given Chloe a piece of her PB&J sandwich and the orangutan just walked right up with his snacks, looked at Chloe and sat down to eat with her. It was the coolest thing ever. Then they waved at each other. It was magical. Absolutely the highlight of my day. While many of my Houston friends were out sighting & meeting celebrities or attending amazing concerts, I was at the zoo getting up close and personal with an orangutan. I wouldn’t have it ANY other way. #momlife 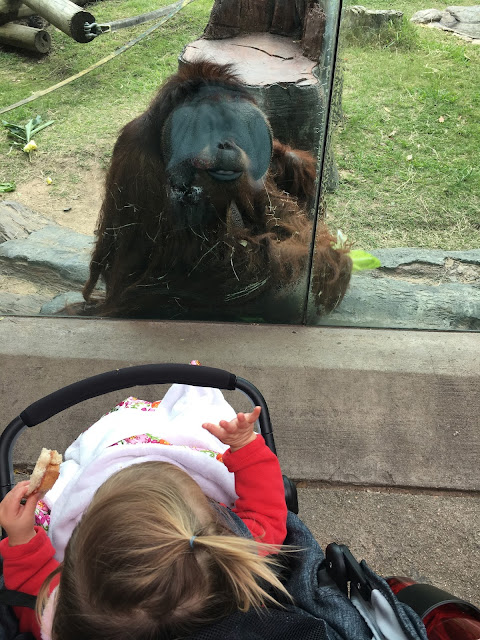 The girls were mesmerized by him and he them. We stayed there for about 5-10 minutes soaking up the experience. Best zoo visit ever! 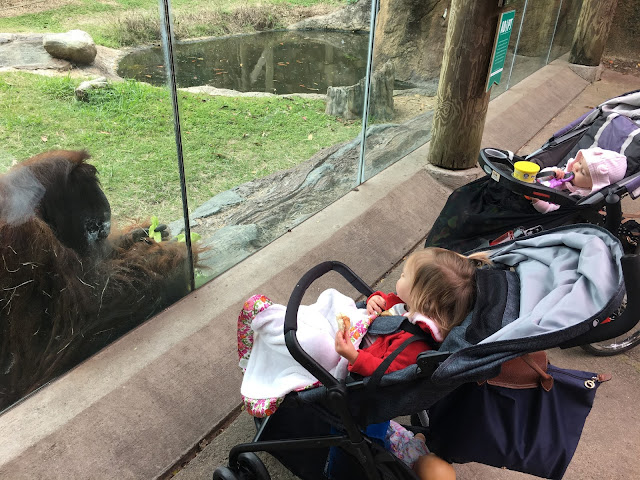 As I said, all of the animals were out and moving around. The lions, tigers and large cats weren’t hiding or being lazy. Some of the giraffes were frolicking. The monkeys were swinging around. The elephants were eating and playing in the water. The petting zoo animals were out and moving about! I took Chloe in for the first time. She had been to the petting zoo at Disney’s Animal Kingdom, but never at our zoo! 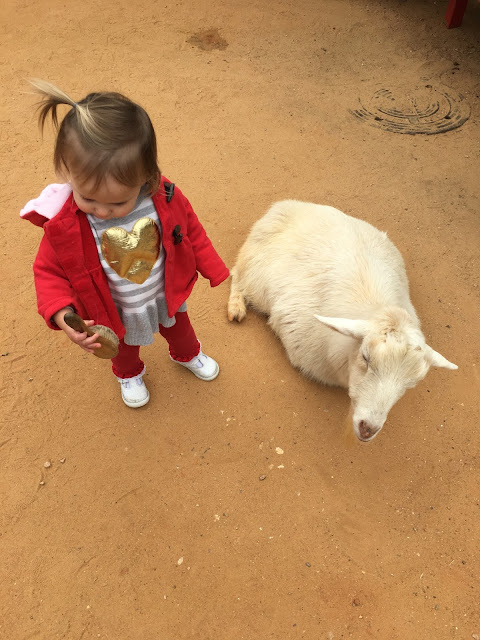 She didn’t really get the whole brush thing. She mostly held onto the brush and petted with her other hand. She was fearless and walked right up to the goats to pet them. Sometimes they walked away from her and she wasn’t having that. 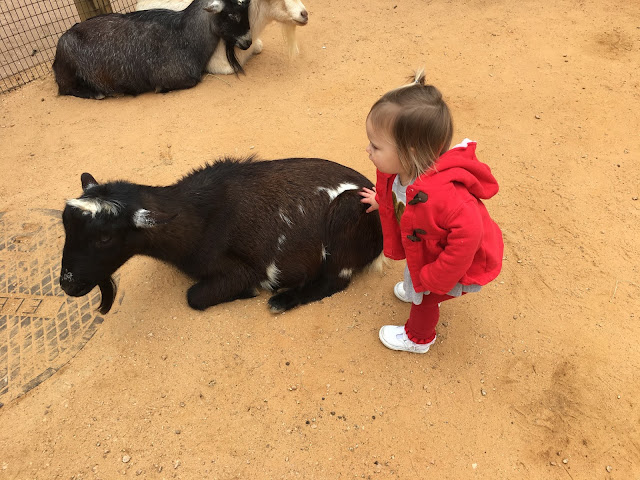 It’s safe to say that this may have been our best zoo experience as far as the animals activity goes. I love that no matter how many times I go to the zoo, it’s a different experience every time. Plus they have tons of activities throughout the year.

I’m in no way being asked or paid to say this, but if you don’t have a zoo membership, you should get one! It’s an awesome gift for you or your kiddos. I had a membership a few years before Chloe was born. In most cities, an individual membership isn’t very expensive and you can get another adult in free with you. Plus kids under 3 are usually free! It’s the perfect way to get outside and moving around throughout the year. I’m actually about to renew mine for the 4th time, we love it that much! You also can get a discount at other zoos, aquariums and museums with your zoo membership. Okay that’s all I’m going to say about getting a zoo membership. Just think about it. If you do it, I promise you won’t regret it!

Now the most important question of all…what is your favorite animal?
Chloe’s is a monkey…at least I think it is!
Mine is an elephant and a giraffe!