I’m back! Back home and back to normal life. The last week was absolutely amazing. Some people thought I was a little crazy for traveling overseas to London with a toddler, but it was one of the best decisions! We did so much together as a family. It was such special time that I’m thankful for. Since I had Chloe with me, I did things that I probably wouldn’t have done without her. I took in more of my surroundings, did things much slower and appreciated more of every day. Pretty special if you ask me.

We arrived in London just after noon. It took a while to clear customs and meet up with JP. {Yes, we flew separately! He had to fly British Airways for work and I had enough miles on United for free tickets!} Then we took the Heathrow Express to Paddington Station and the Underground to Waterloo. After getting settled at the hotel we walked around a bit before having our first British meal…fish and chips. Then it was off to bed to get ready for our trip! 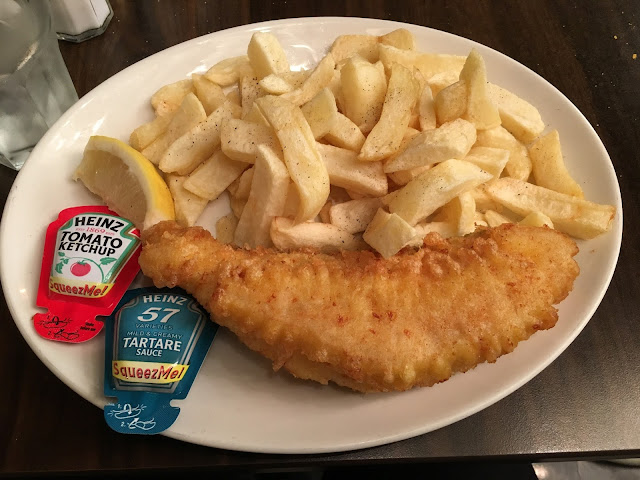 We went on a Muggles Tour of London and it was a BLAST! As a huge Harry Potter fan, it was super awesome. The best part is they also hit key British landmarks and facts that weren’t actually HP related as well. It was a well rounded, great tour. Our guide, Hannah Weasley, was great. I have to share all the pictures from my camera later on! We ended the tour at none other than Platform 9 3/4!

We ventured out to London Tower! We started with a tour from one of the Yeomen Warders or Beefeaters. In case you’re wondering, there are only 37 of them and they’re the Queen’s guardians of the Tower of London and are responsible for guarding the Crown Jewels. They must have a minimum of 22 years of military service to even apply for the job. Once they are selected, they have the job for life. They also give tours of the Tower and do an exceptional job of explaining the bloody history of the tower! 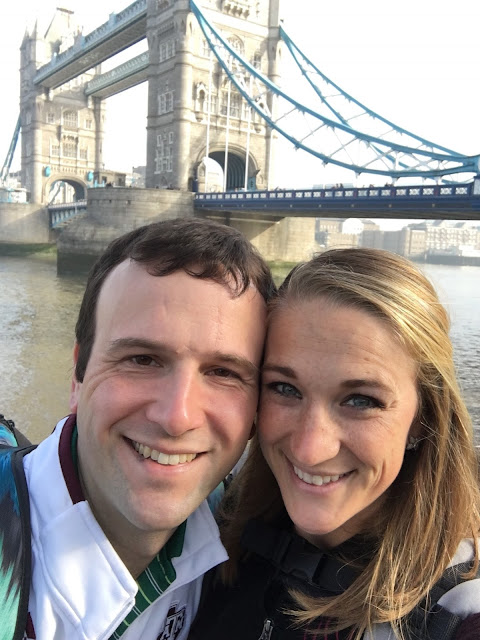 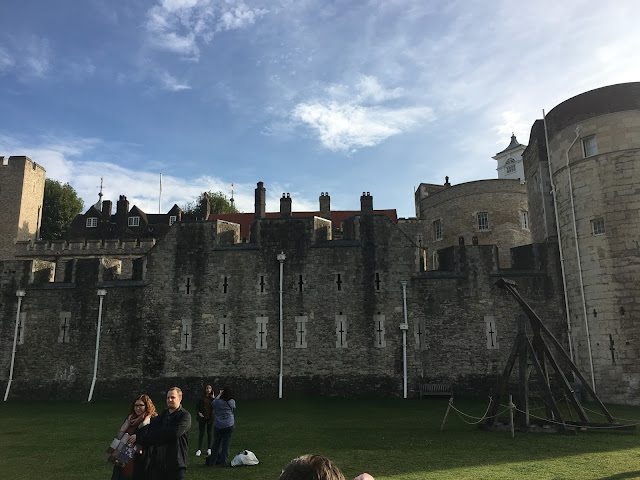 The day that will forever go down in infamy. The day that JP an I had norovirus in London and spent the night throwing up our guts and the day in our hotel room feeling worse than we had in years. Not only that, we had a toddler to take care of and entertain over 5,000 miles away from anyone we know. It was a rough day. Chloe just wanted to go outside, so eventually we were able to walk down to the grocery store to buy some Sprite and crackers. Then we kept going just to stay out of the room for a bit longer and found a park for Chloe to play. She had the best time while we were just trying not to vomit or pass out.

It turns out the restaurant we ate dinner at on Sunday night had a norovirus outbreak. In fact, they had to shut down because hundreds of people ended up sick! What are the odds that this was the one place we decided to eat? 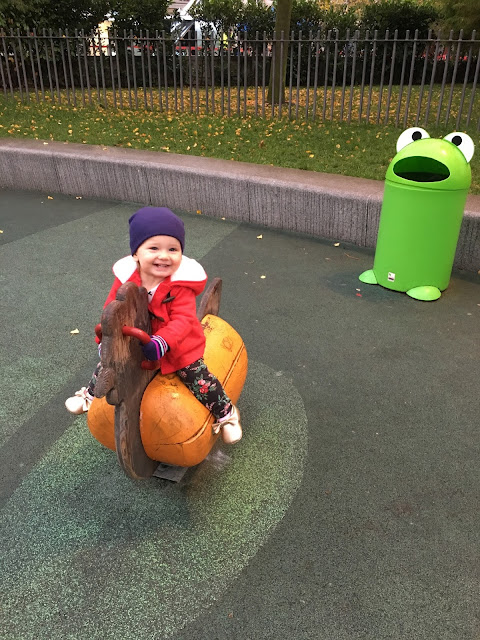 We started feeling a bit better, but still didn’t feel great. JP had to actually go to work, so Chloe and I went on an adventure. We started with a quick trip to Buckingham Palace, which Chloe slept through completely. Then we went on to Hyde Park and Kensington Gardens. We found Princess Diana’s Memorial Playground and stayed there for a few hours wandering about. We also fed the ducks and pigeons, walked around and spent the whole day outside after being cooped up the day before. I think the fresh air helped a lot! 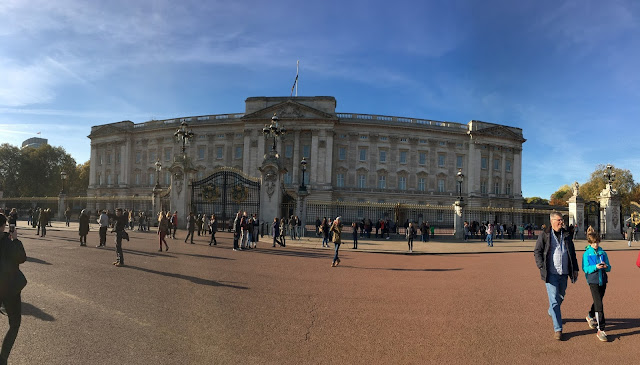 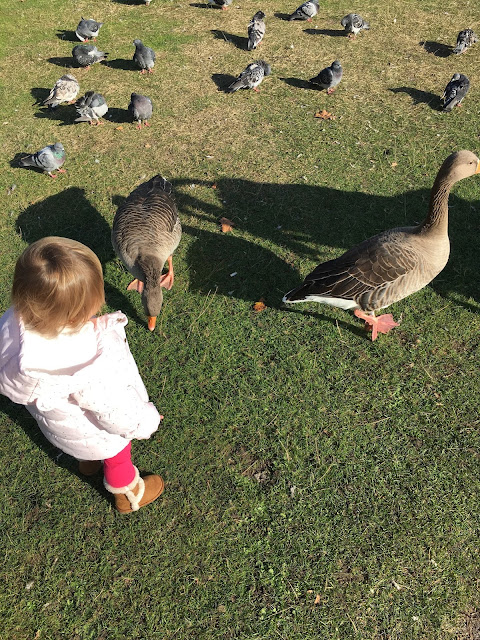 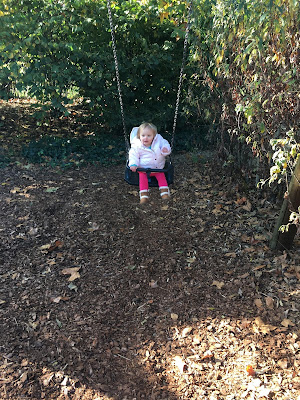 We went to Harrods! You can’t go to London without wandering around Harrods for a little while. We looked at all the beautiful things and refrained from buying things we didn’t need. After Harrods,  Chloe needed some more time at the park, so we wandered around some of the gardens. Later that day we went to Trafalgar Square before meeting up with JP for his work happy hour! 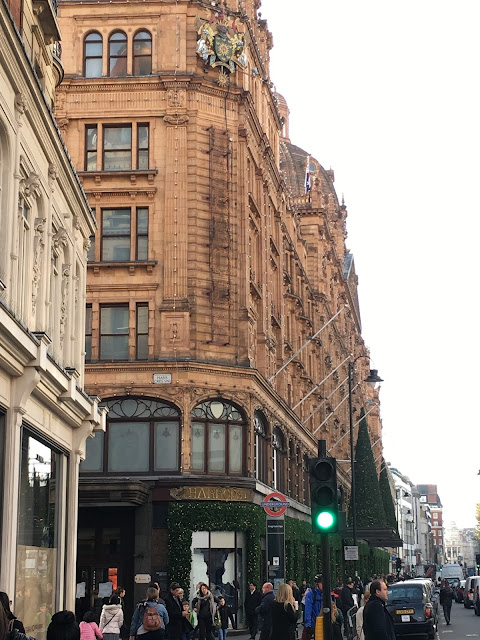 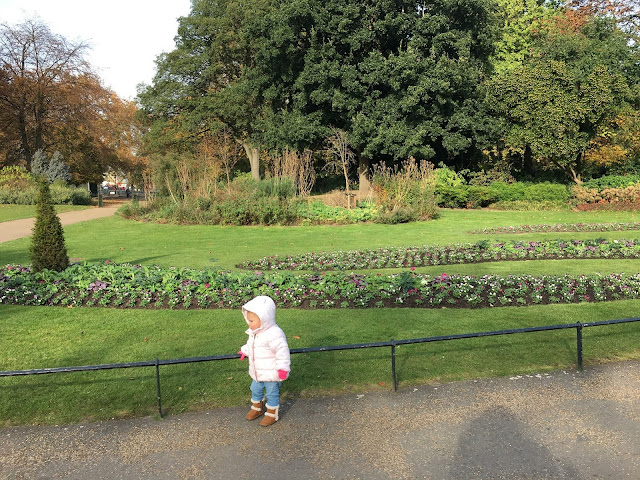 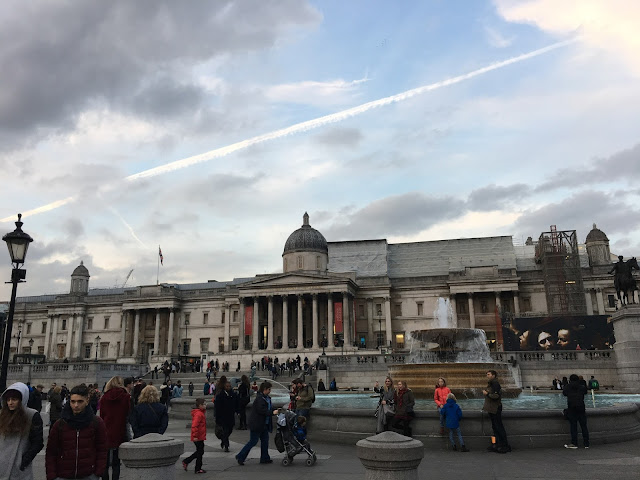 We were pooped from several buys days in a row, so we had a quiet morning before heading out to Hamleys Toy Store! Seven floors of toys galore! Chloe absolutely loved it, and let’s be honest, so did I. Chloe wanted all the stuffed animals and baby dolls, but we ended up getting her a Hamleys Beefeater Bear since she met a real Beefeater after all! 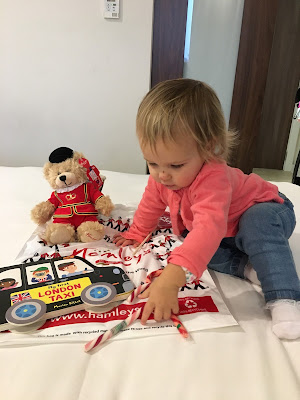 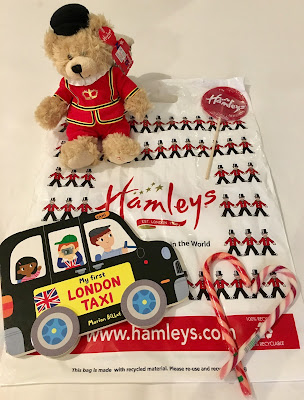 Our final day and JP finally was able to rejoin us! We spent all day at London’s Natural History Museum! This was something I was really looking forward to. I love museums, but I’ve heard that this one is amazing. Plus it was great for kids. Well the tales lived up to our expectations! We had the most wonderful time. Of course, my favorite exhibit was the Dinosaurs. I’ve loved dinosaurs for quite some time. I don’t know where my obsession came from or where it officially started, but I just love them. Luckily I’ve been able to share this love with Chloe. She loves them and can even tell you what sound a dinosaur makes! Again, most of my pictures are on my camera and I’ll be sure to share the best ones and tips for visiting the museum later. 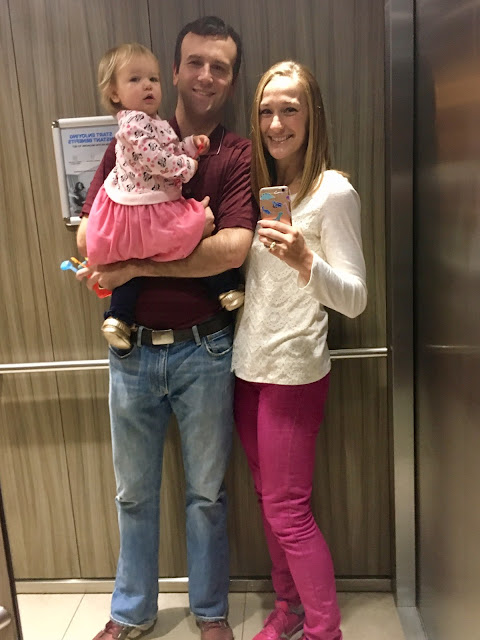 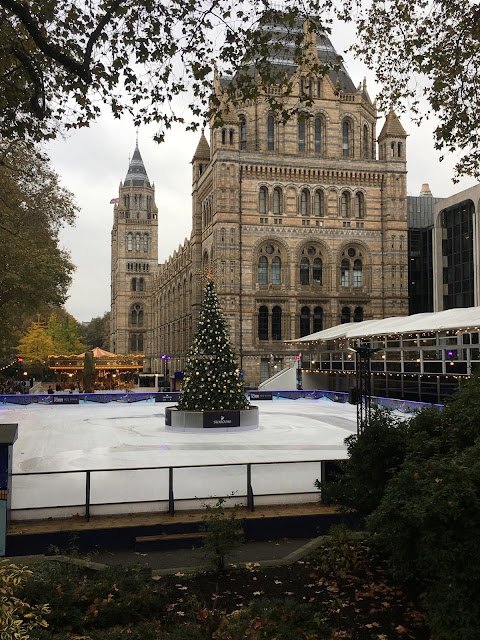 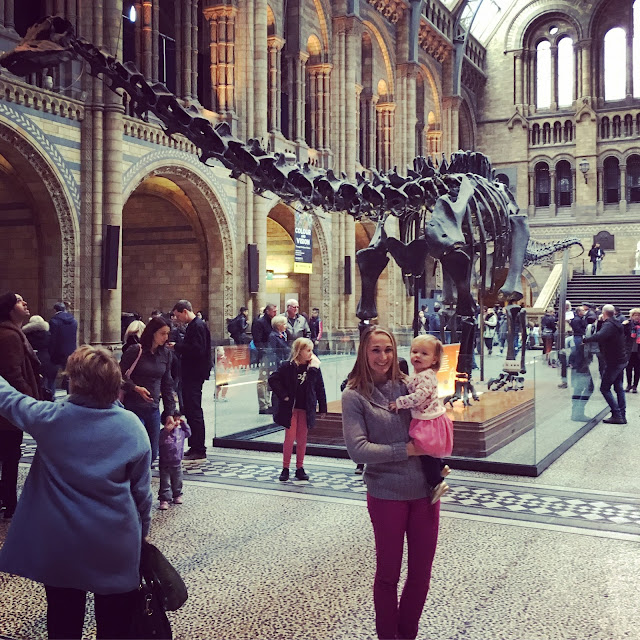 Time to go back home. It was a slightly overwhelming and exhausting day, but we did it. Chloe has proven to be a great little traveller and I am so proud of my girl!

Overall, our trip was nothing short of amazing. We loved spending time together exploring a city that we love so much. I can’t wait until we get to go back again! JP will be returning in February, but without his girls. We still have so much more to see, so I know we’ll be back again!