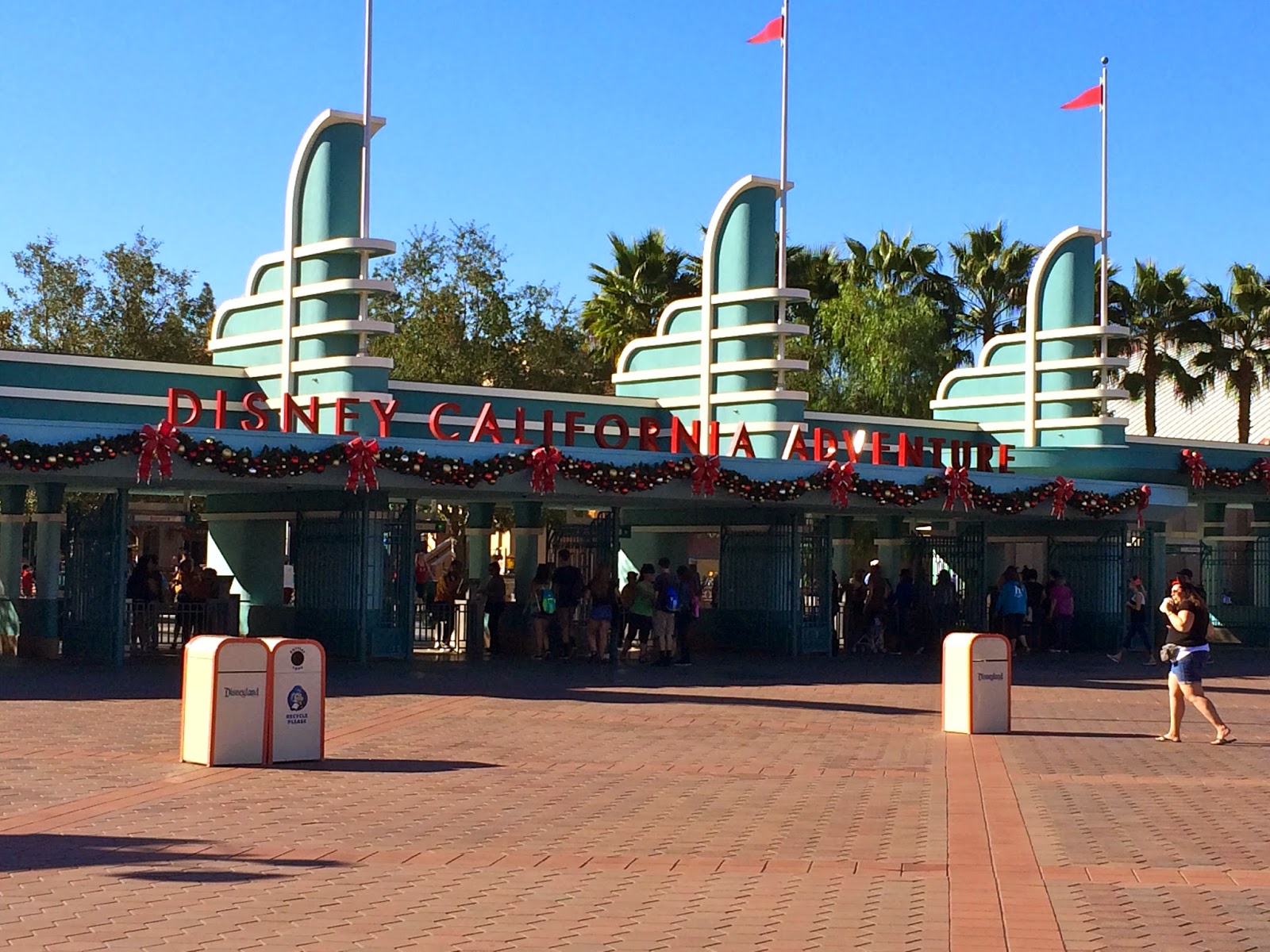 It appears as though I abandoned y’all! This week has been a little rough for me. Super busy, but I couldn’t leave the second half of my Disney trip undocumented for much longer. In case you missed it, check out day one of our Disneyland adventure here! 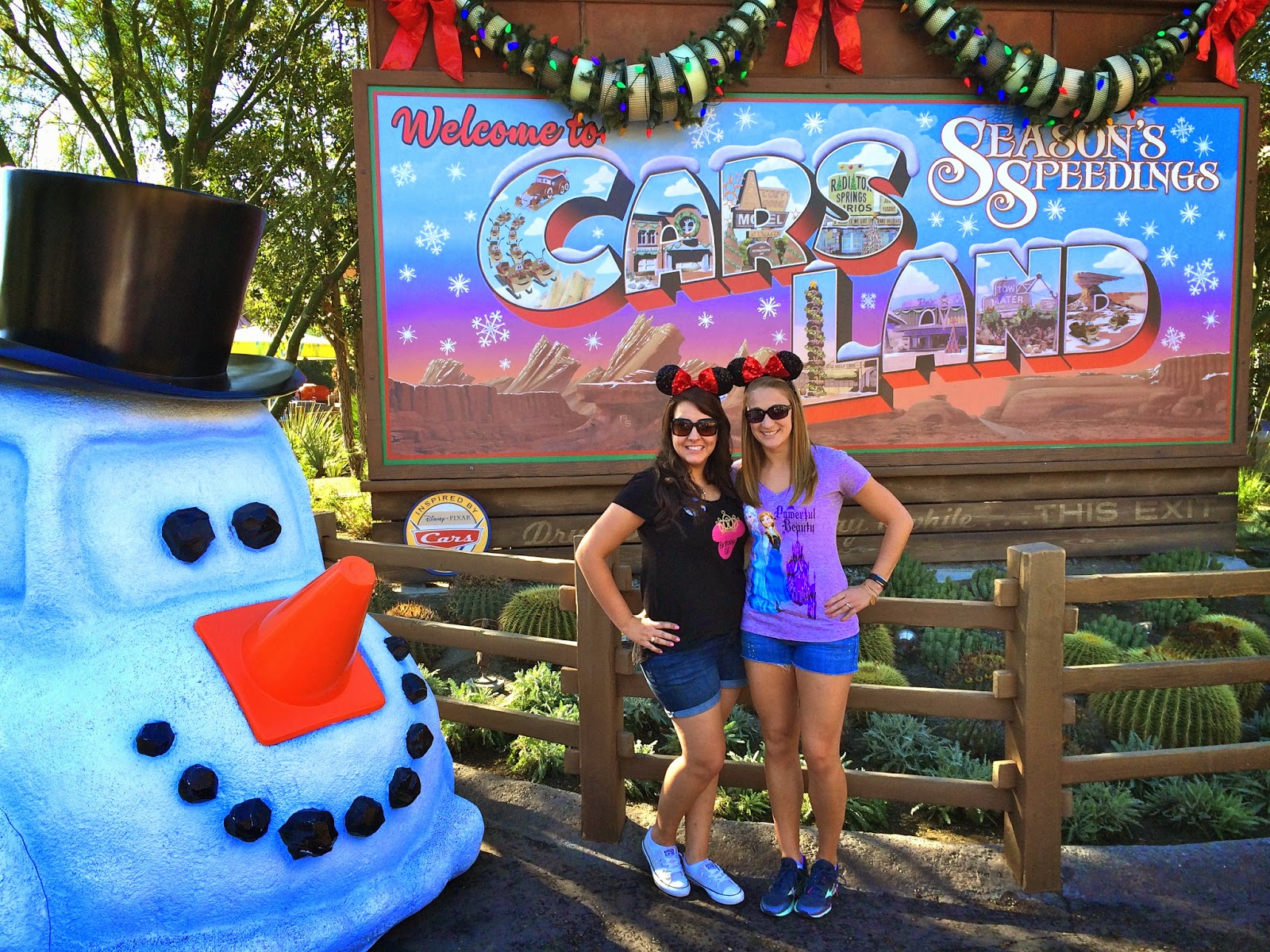 Just like the main park, many parts of Disneyland California Adventure were decked out for the holiday season and of course Alison and I were ready to take full advantage.

Our first stop at the part was the Cars ride! My friend Rachael recommended doing it first to miss the line and she was so right! We even jumped in the single rider line and pretty much walked up to the front. Talk about the royal treatment! 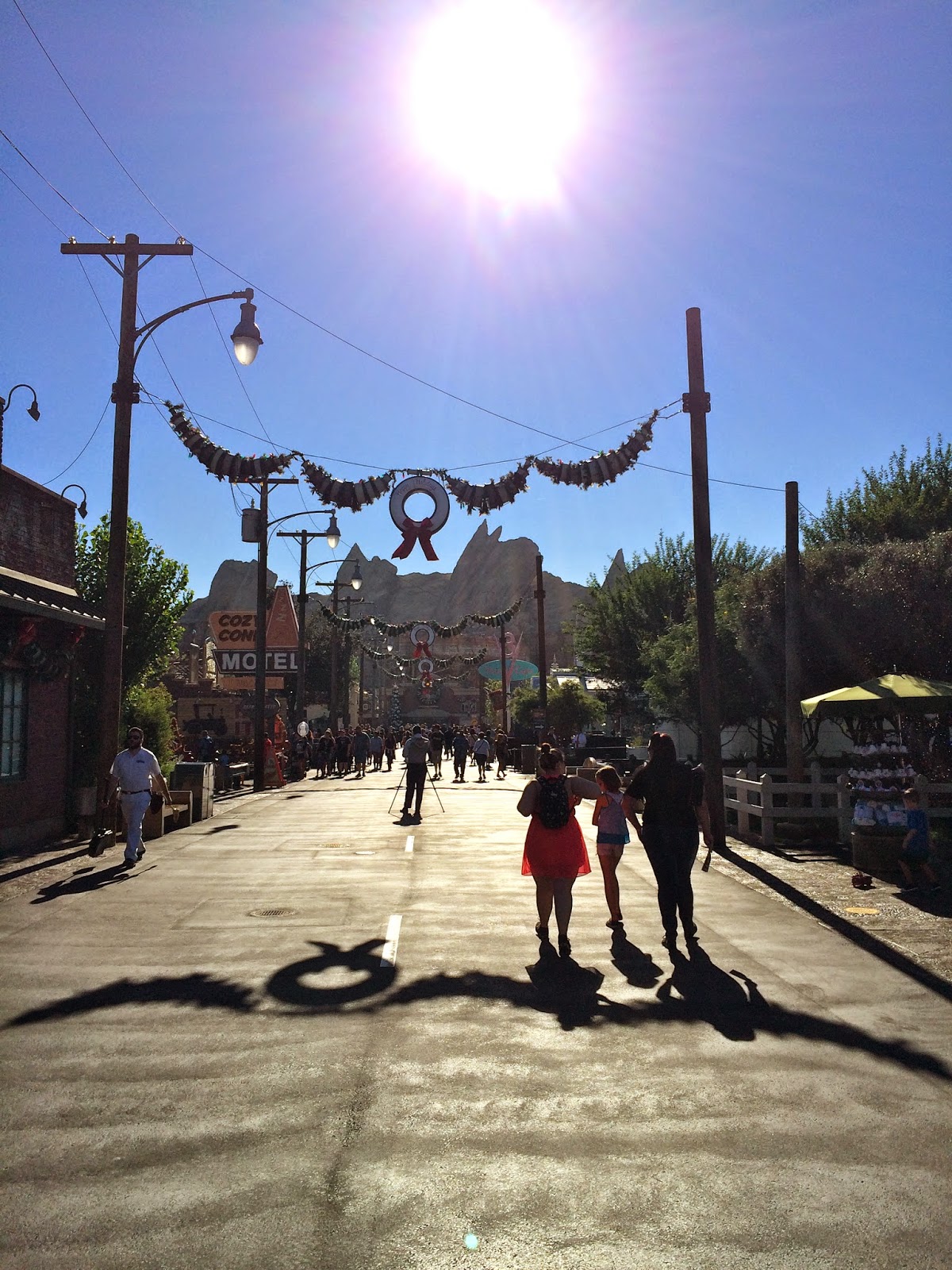 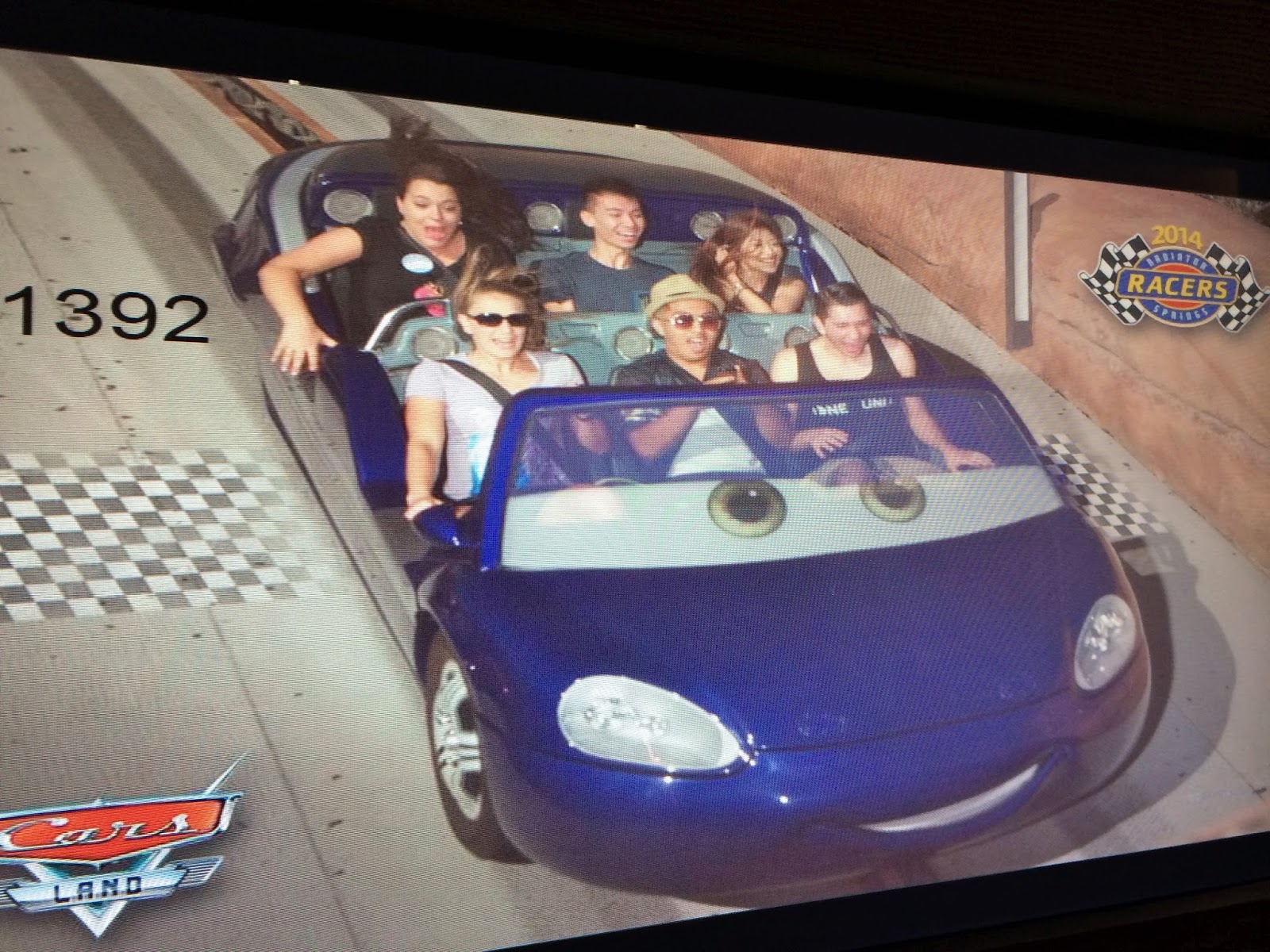 As you can see, Alison and I even got to ride in the same car! #winning

After exploring Carsland and a few picture stops, we were on our way to the boardwalk! 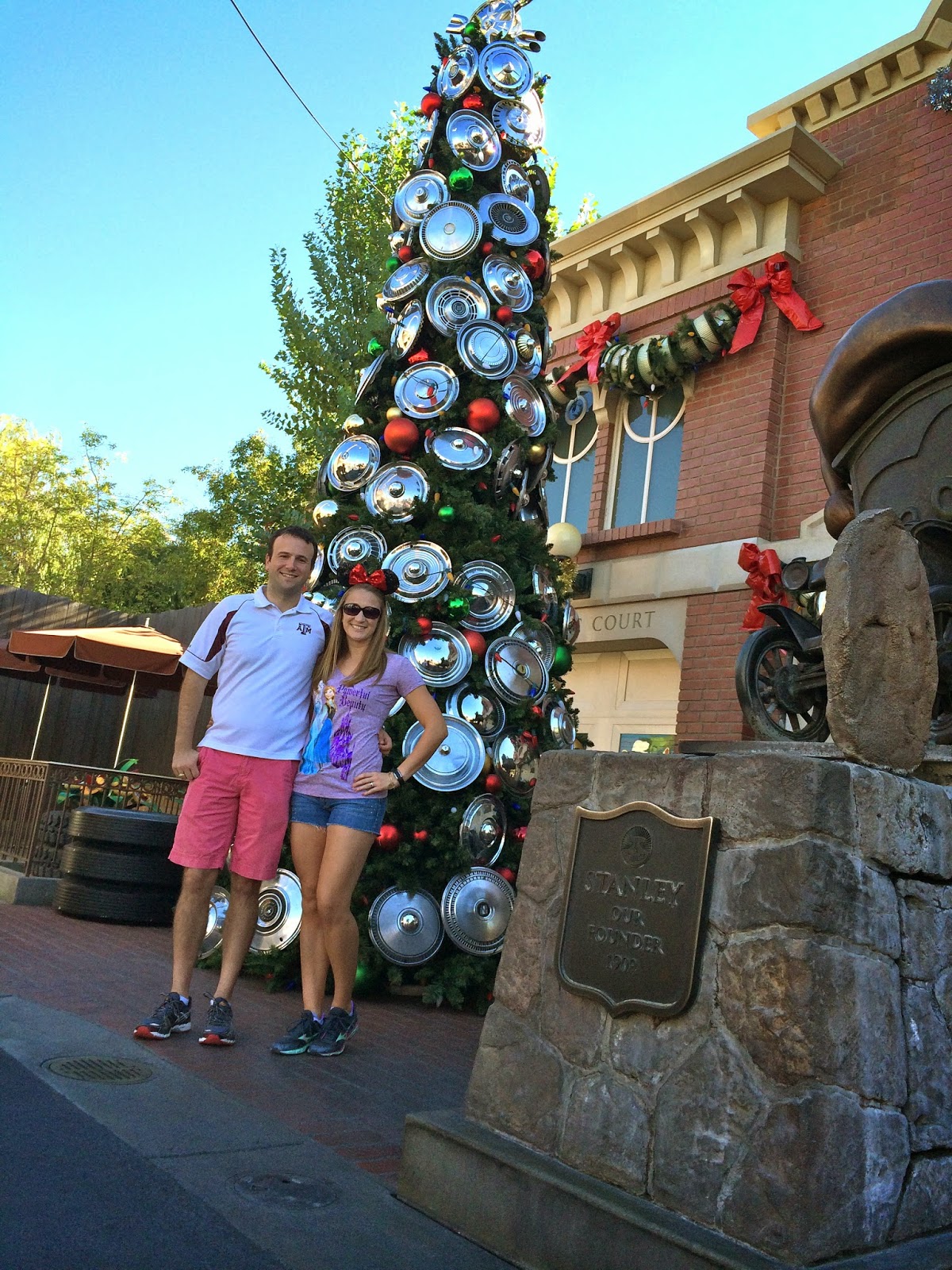 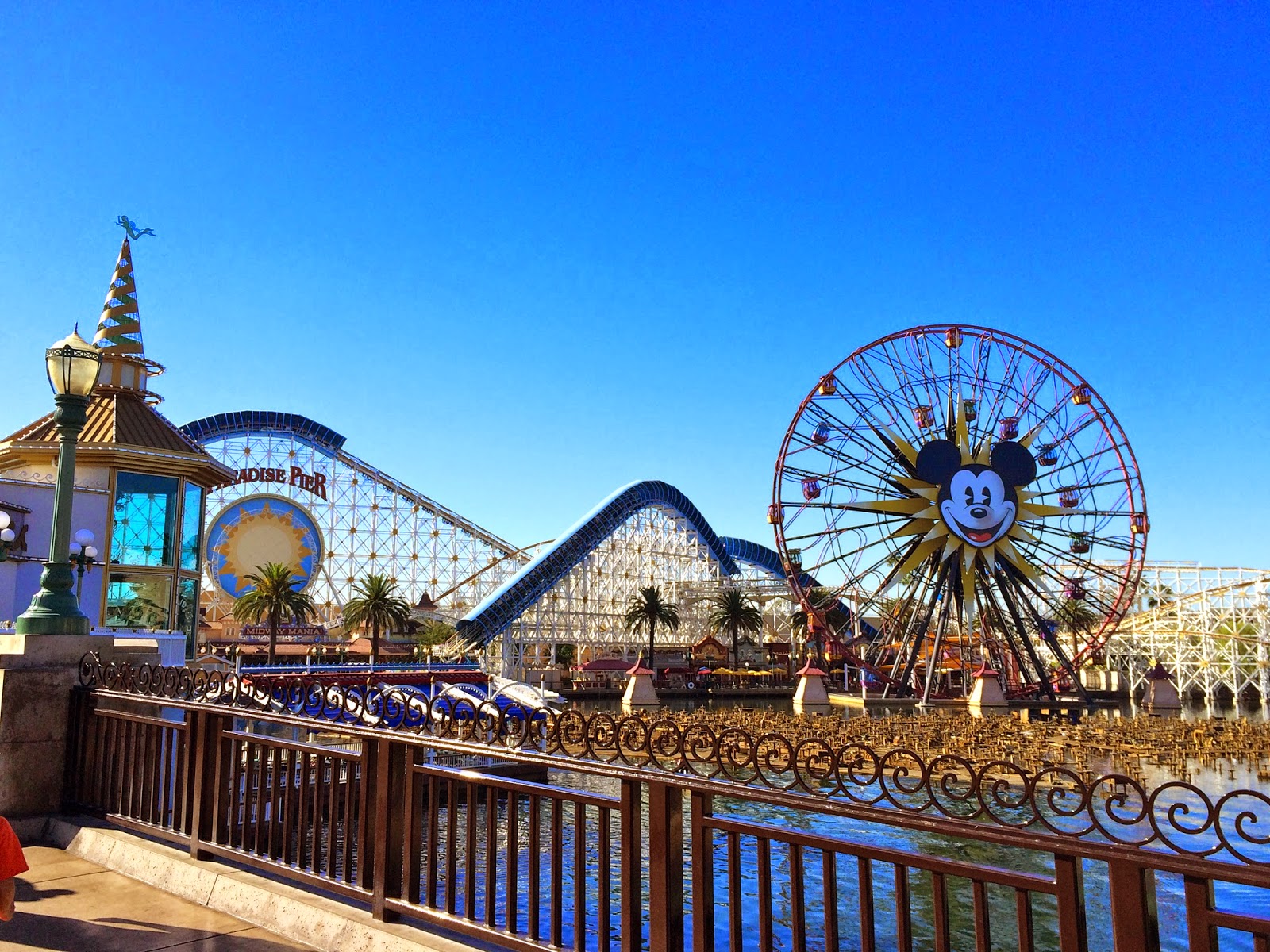 Philip, JP and I rode California Screamin’ {the big roller coaster above!} while Ali did some shopping. Then we met back up and rode fun carnival rides like the swings! It took me back to our Chicago trip this August when my sister and I rode the swing on Navy Pier! 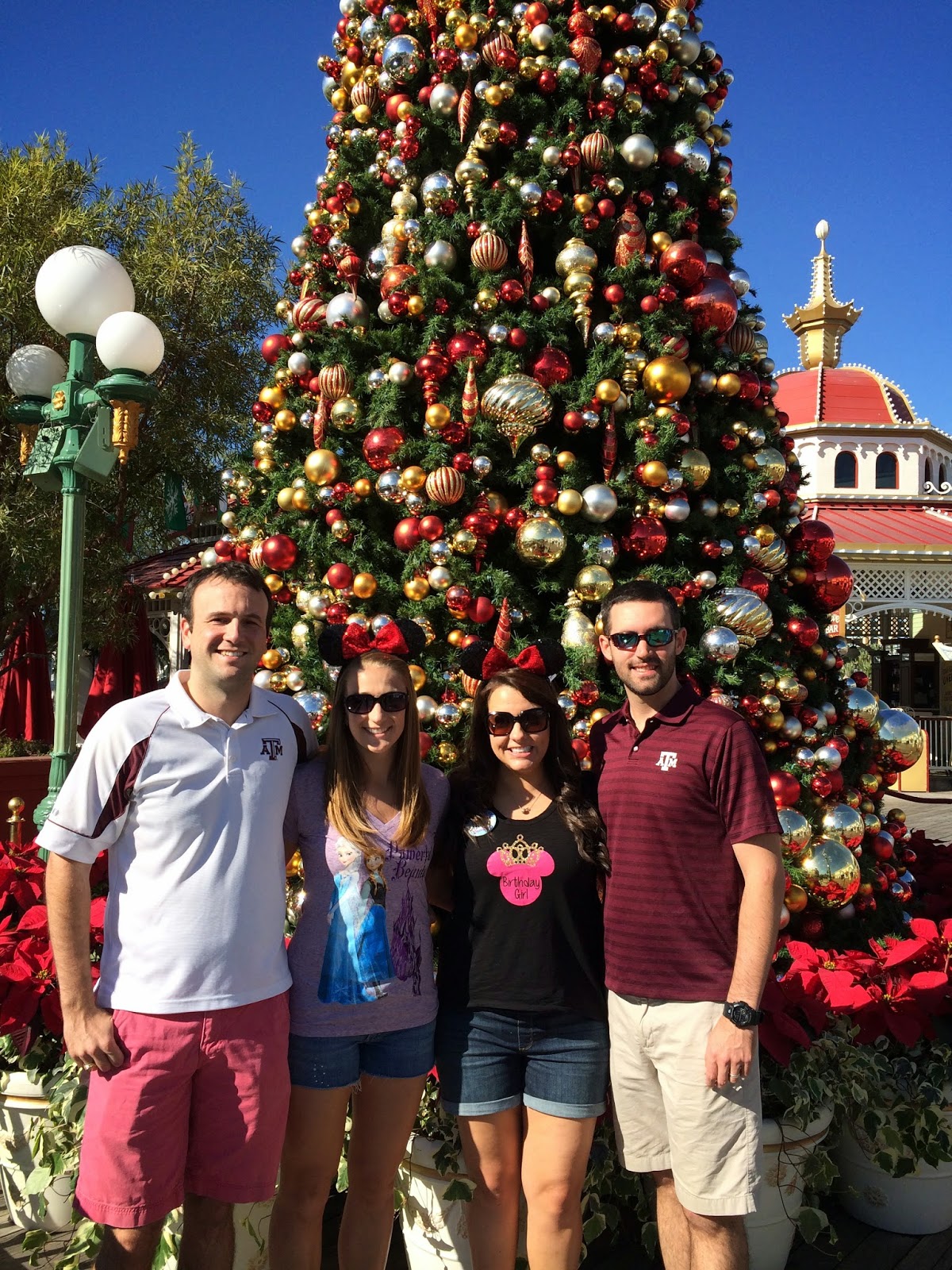 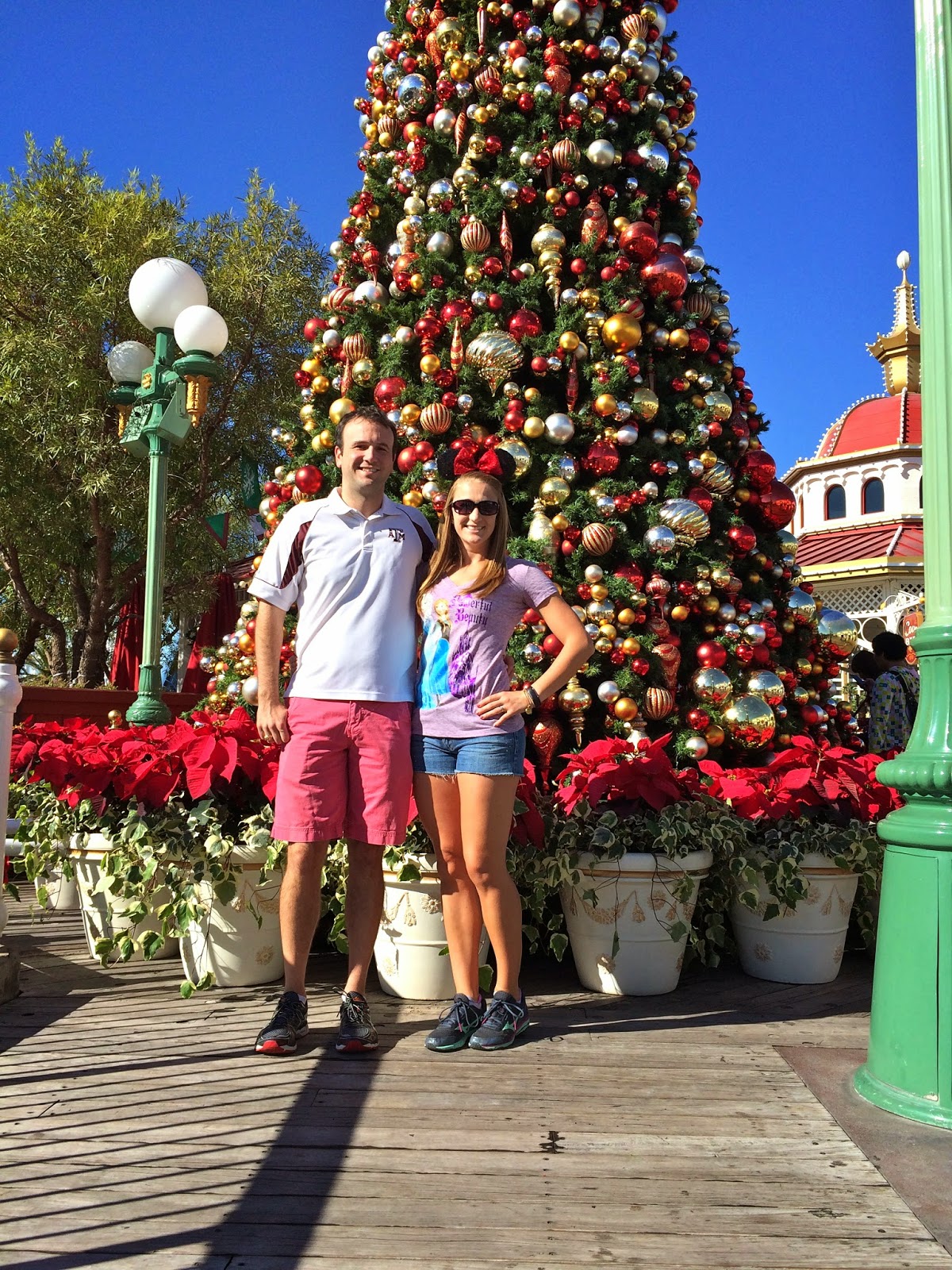 We couldn’t resist all the picture opps with all the beautiful Disney Christmas trees! Look closely, you’ll see that several of those ball ornaments are actually in the shape of Mickey’s head!

After the Paradise Pier rides, we had to do Ariel’s ride, Soarin’, Tower of Terror and several others before the boys and girls went separate ways… 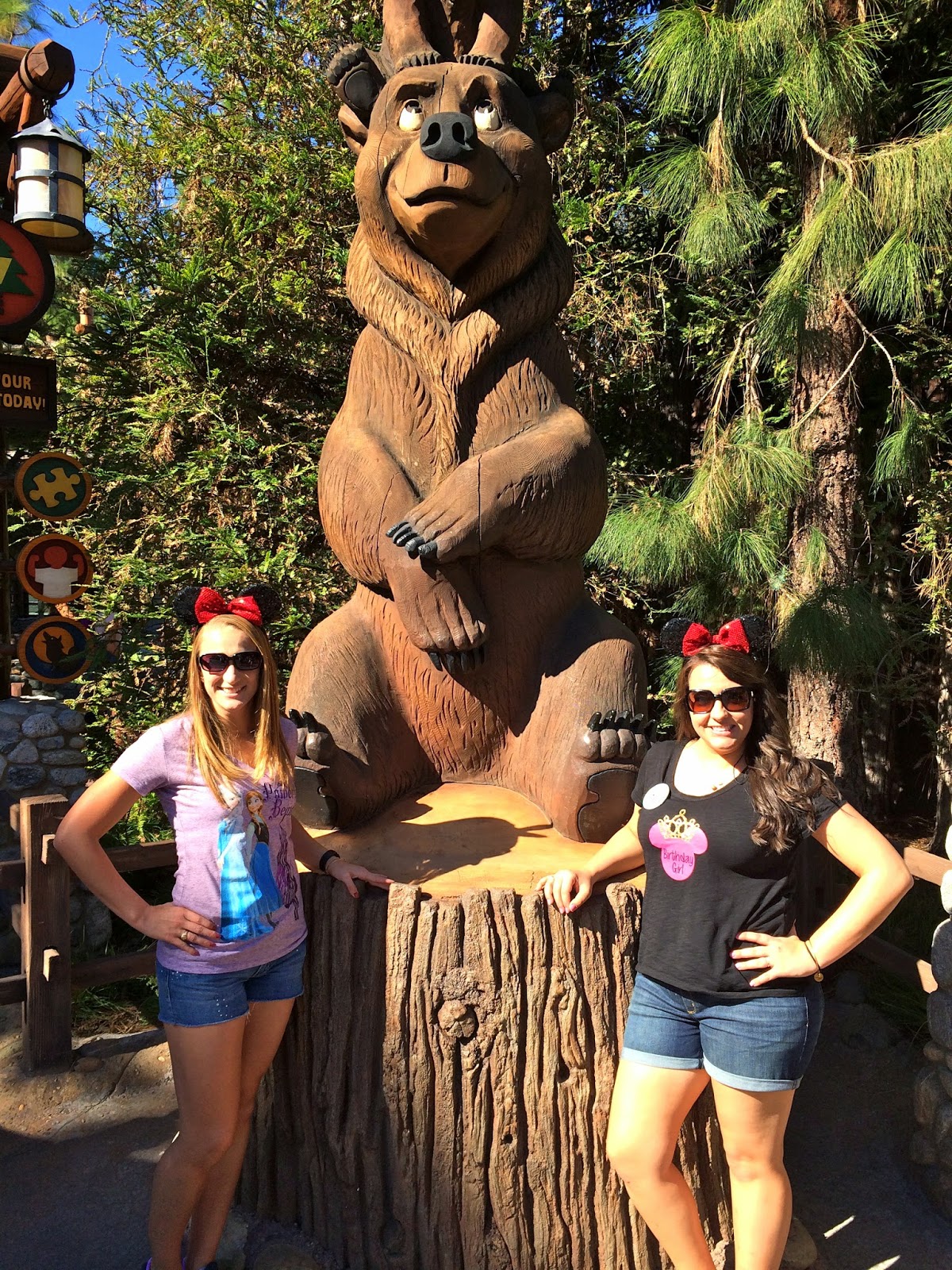 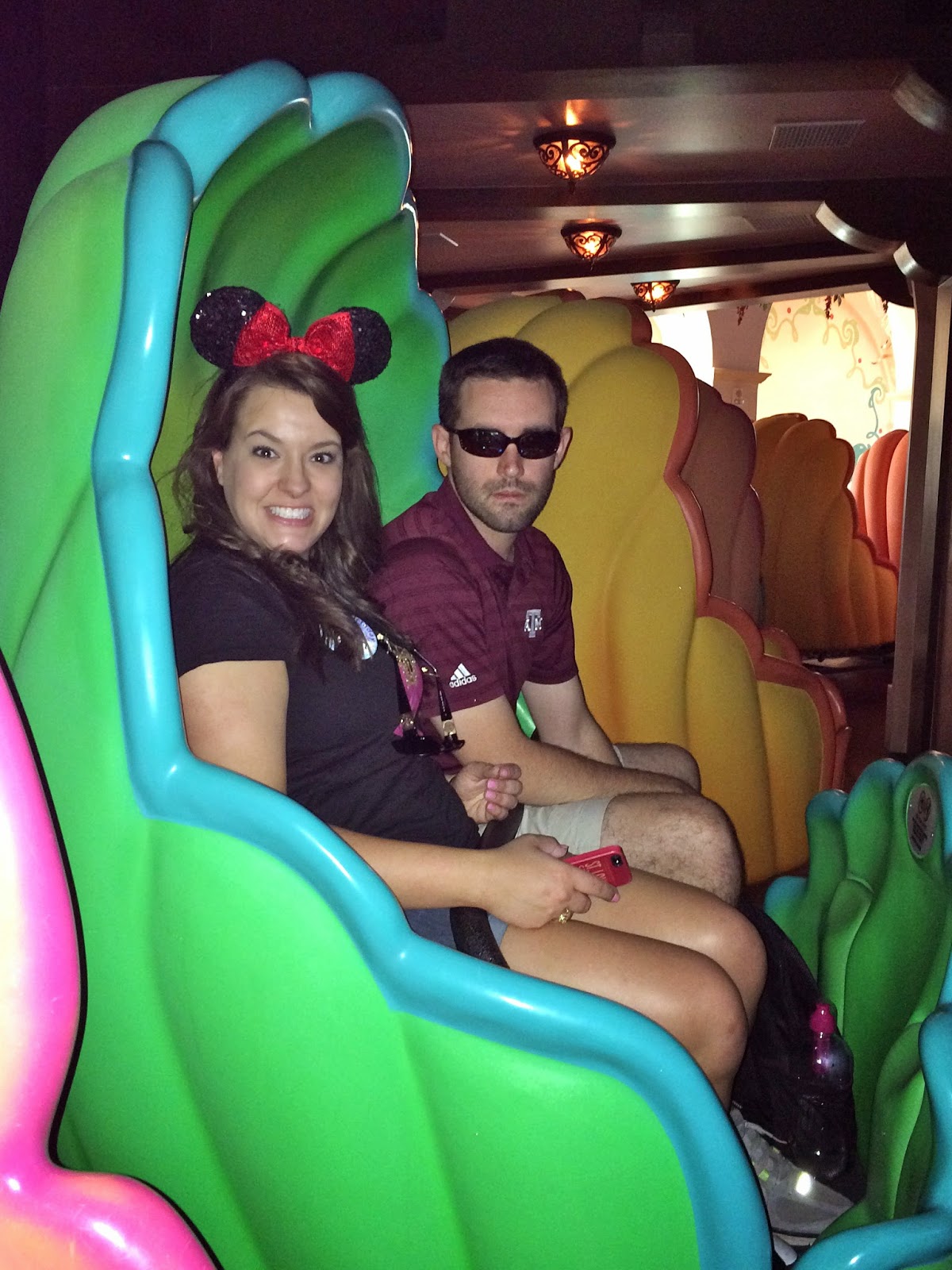 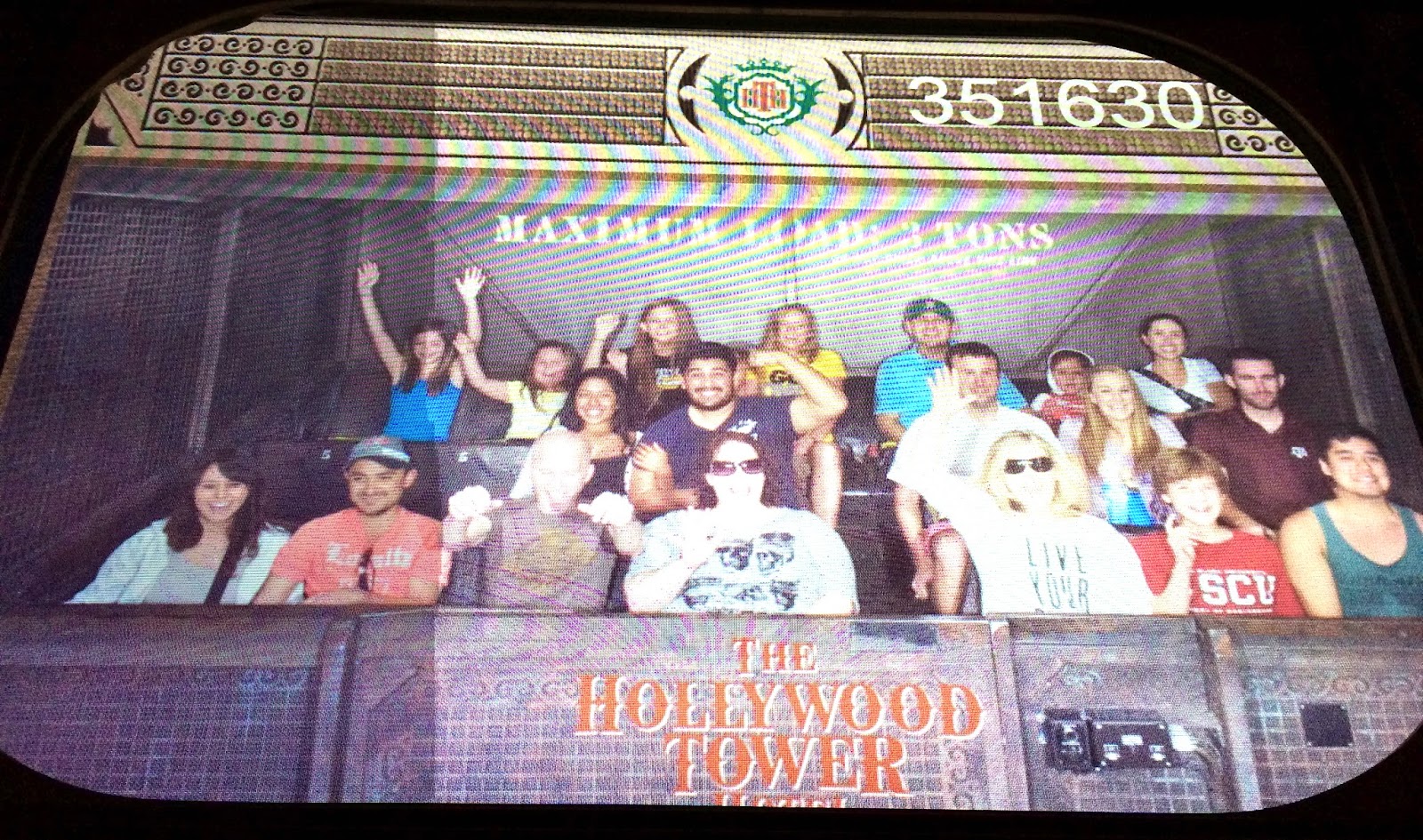 The boys headed to Downtown Disney to watch the A&M – Auburn game at the ESPN Zone. Meanwhile, Alison and I were doing way more exciting things. You know, like meeting a bunch of princesses at Ali’s Princess Birthday Lunch! 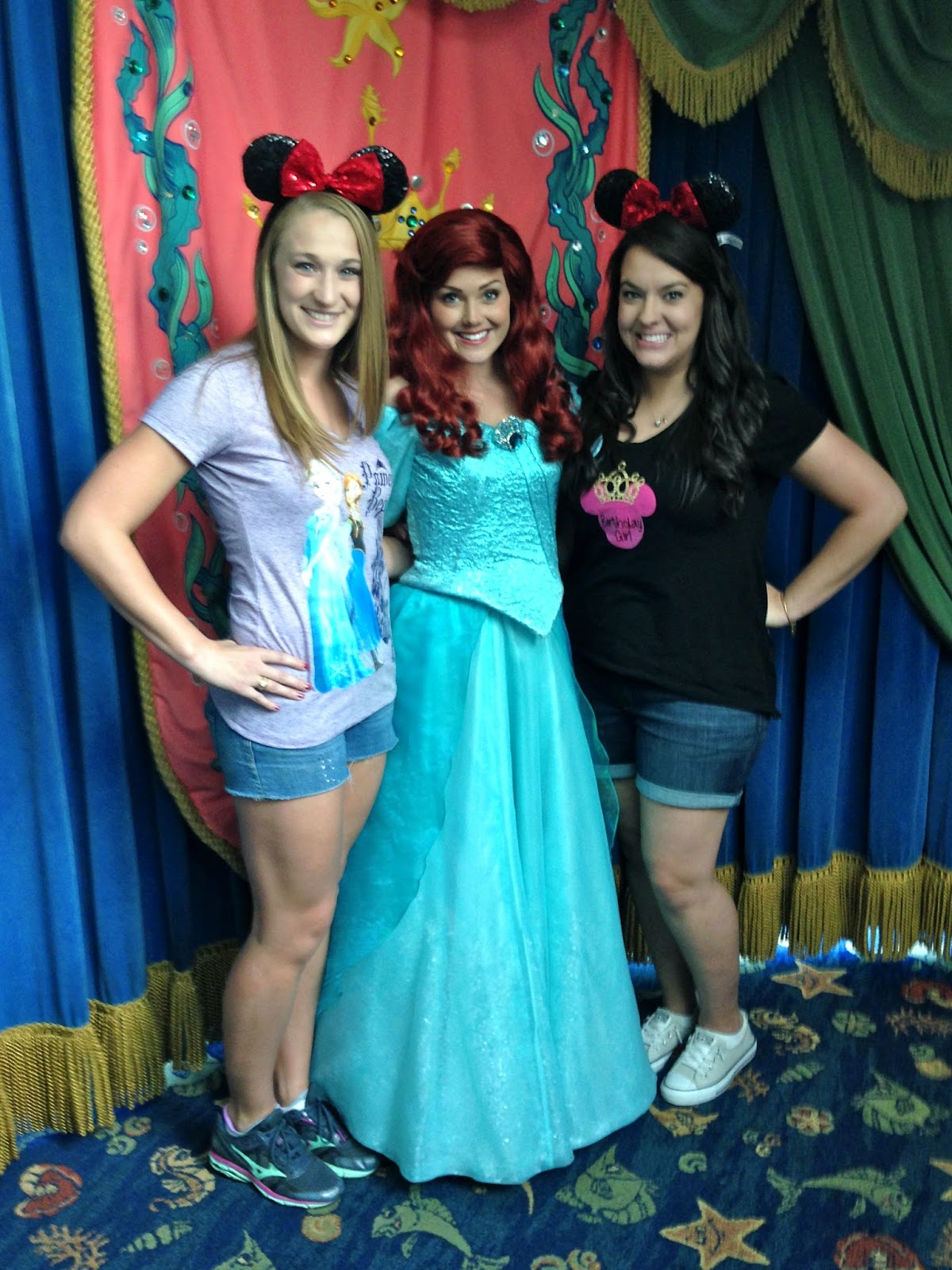 We first met Ariel since we were dining at her Grotto. Followed by Rapunzel, Belle, Cinderella and finally Mulan. We had a nice little chat with each of them and even got their autographs for our books. Sounds cheesy, but it was so awesome. I love being young at heart, it opens up so many opportunities for joy in your life! 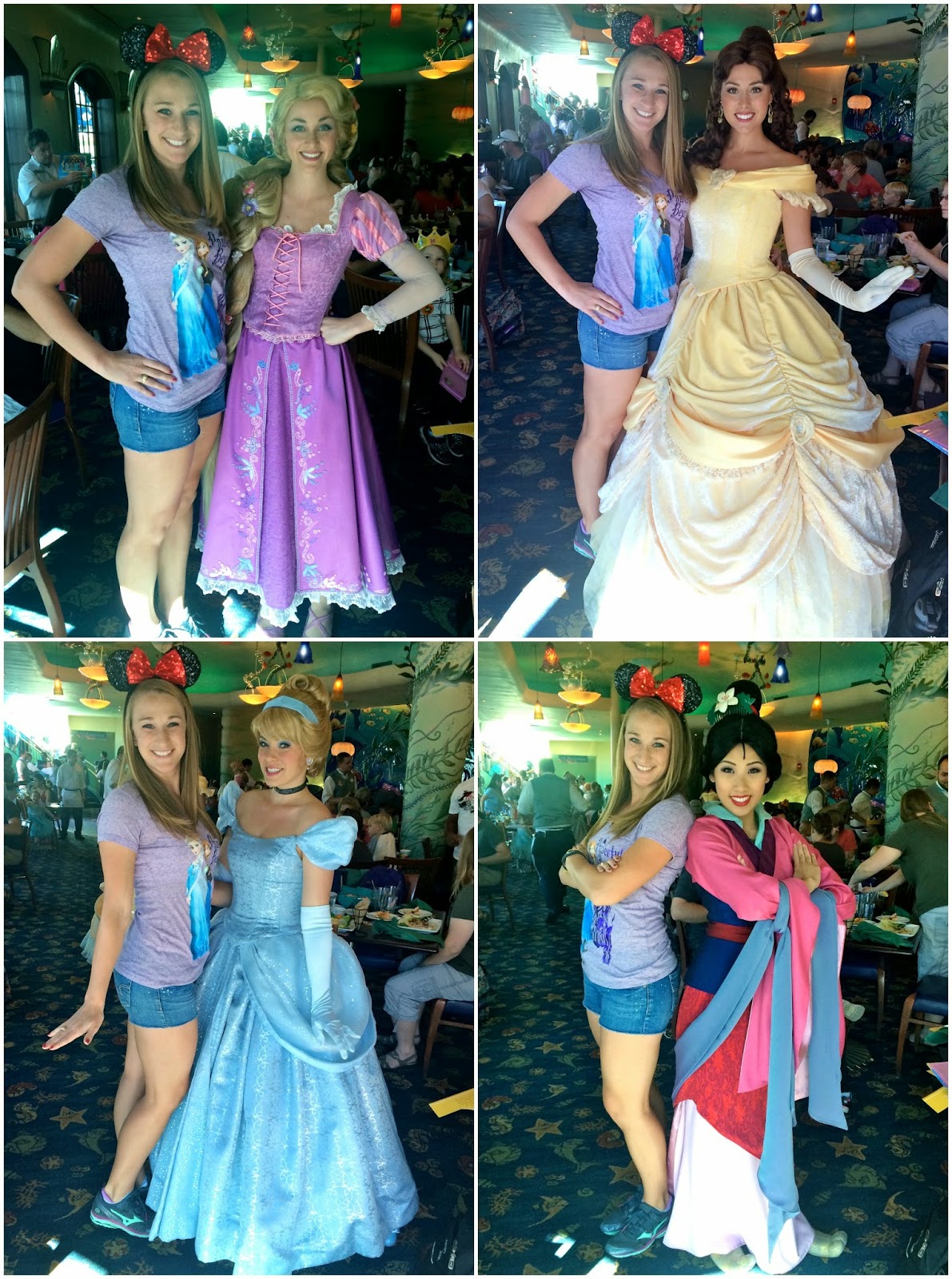 Mulan was our favorite princess we met that day. She was so spunky and free spirited and she has a solid selfie. The food at the restaurant was also really good! It’s safe to say that Ali and I really enjoyed dessert. After all, it is the most delicious meal of the day! They even brought Ali a birthday cupcake and the waiter and I awkwardly sang her happy birthday. Just the two of us. It was wonderful and I loved it. I hope you made a good wish Ali and that it comes true!!! 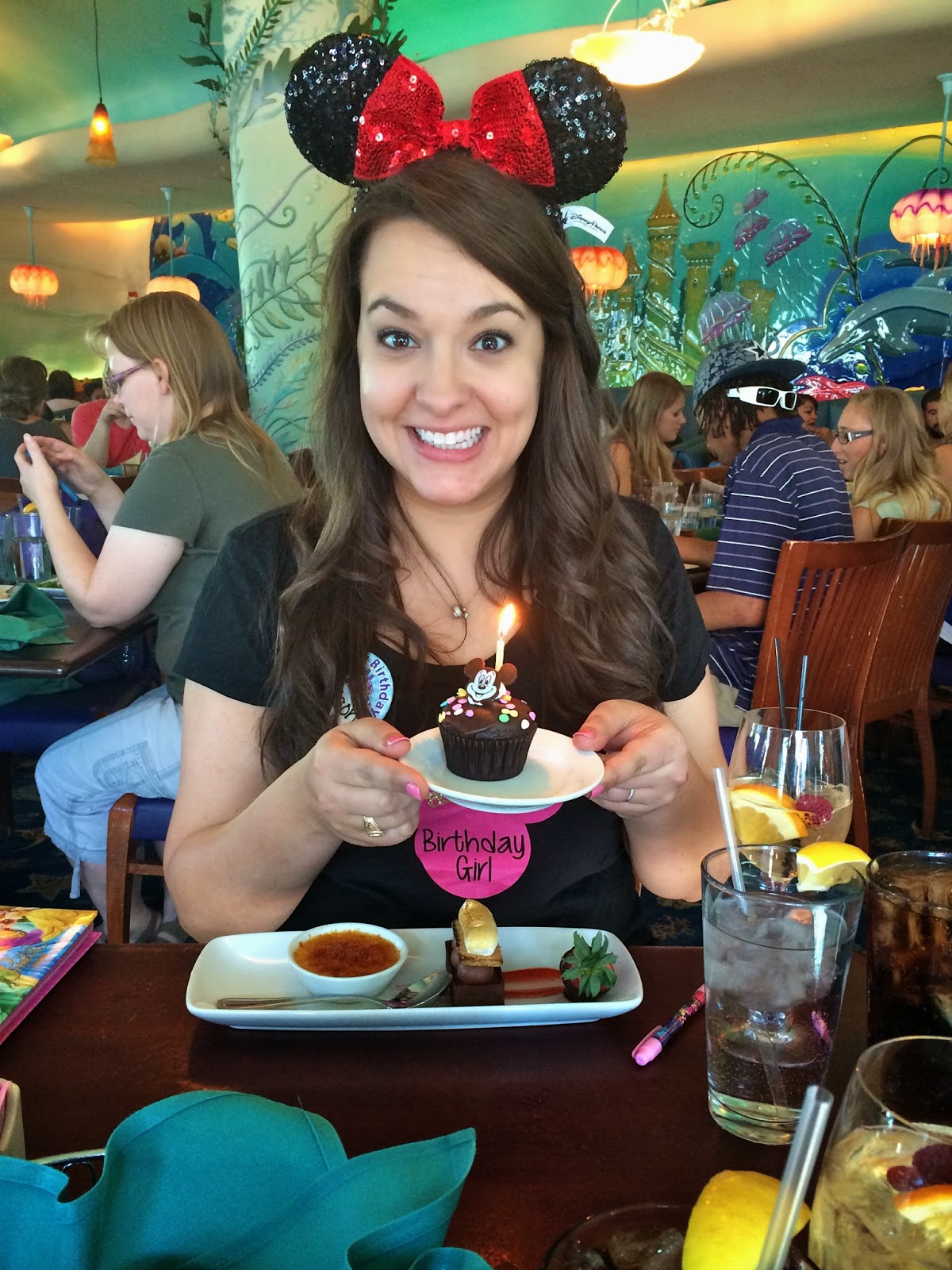 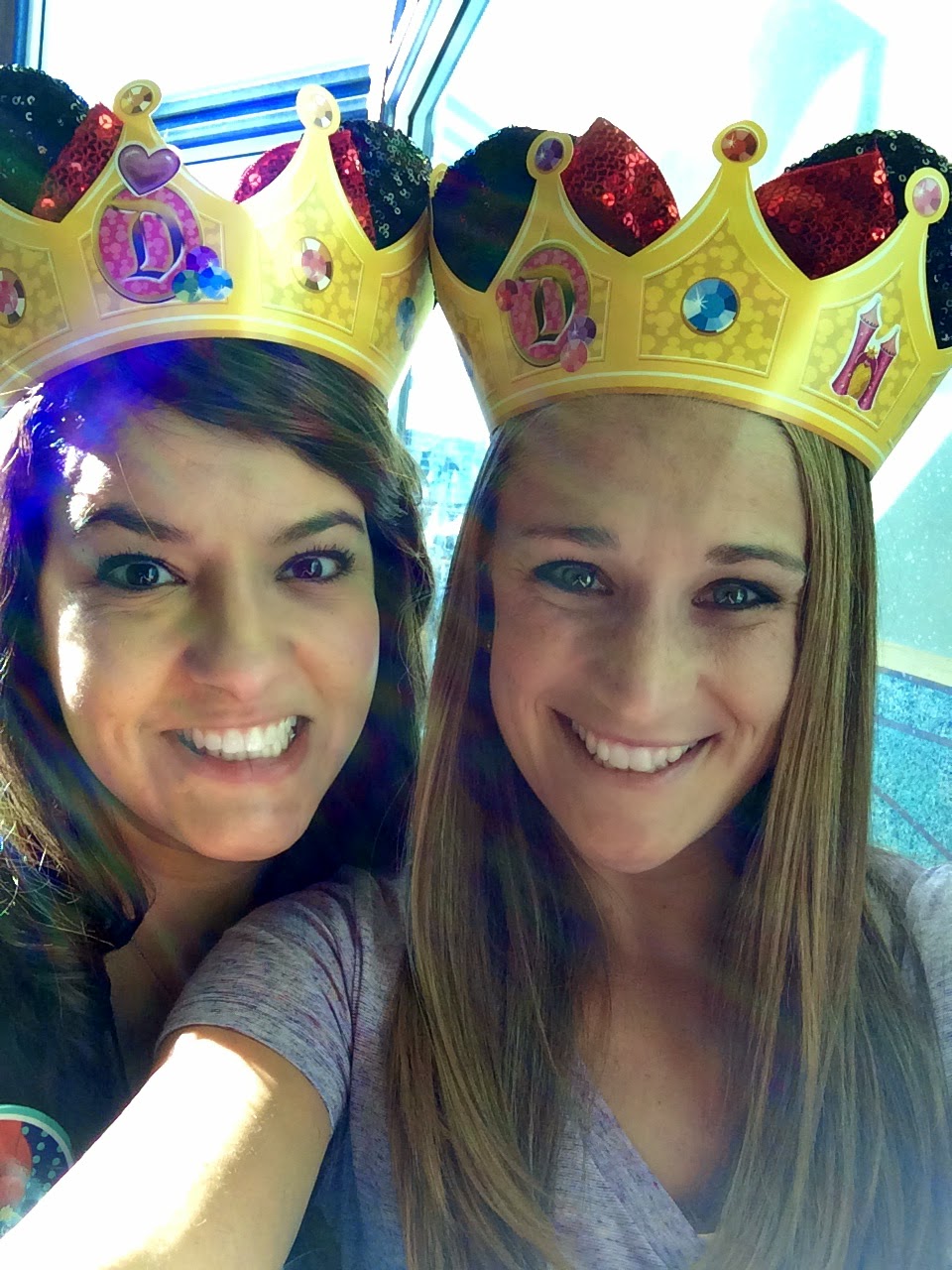 After lunch the game was still on, so Alison and I decided to walk around ride whatever rides struck our fancy and take as many pictures with characters as we could! 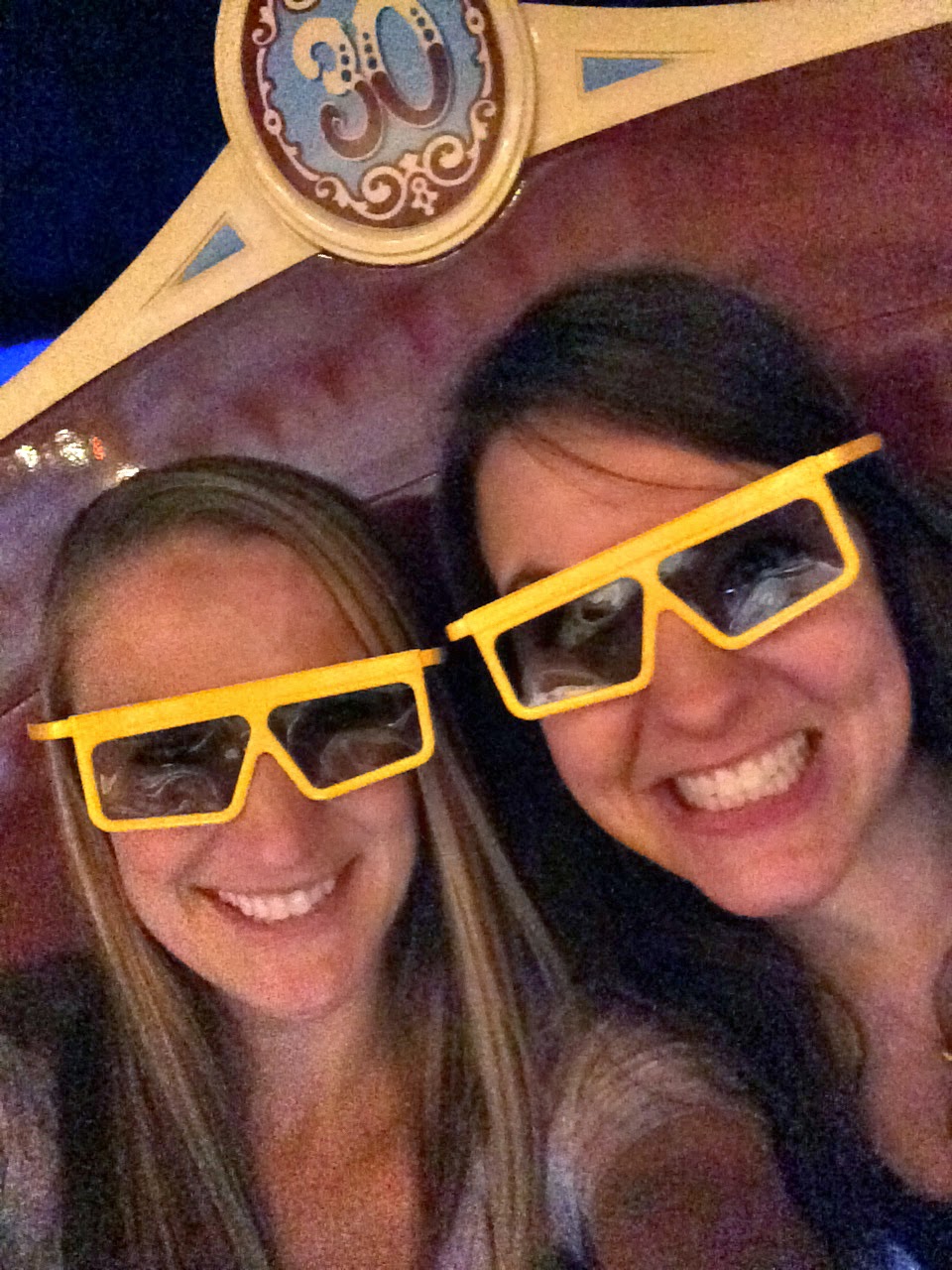 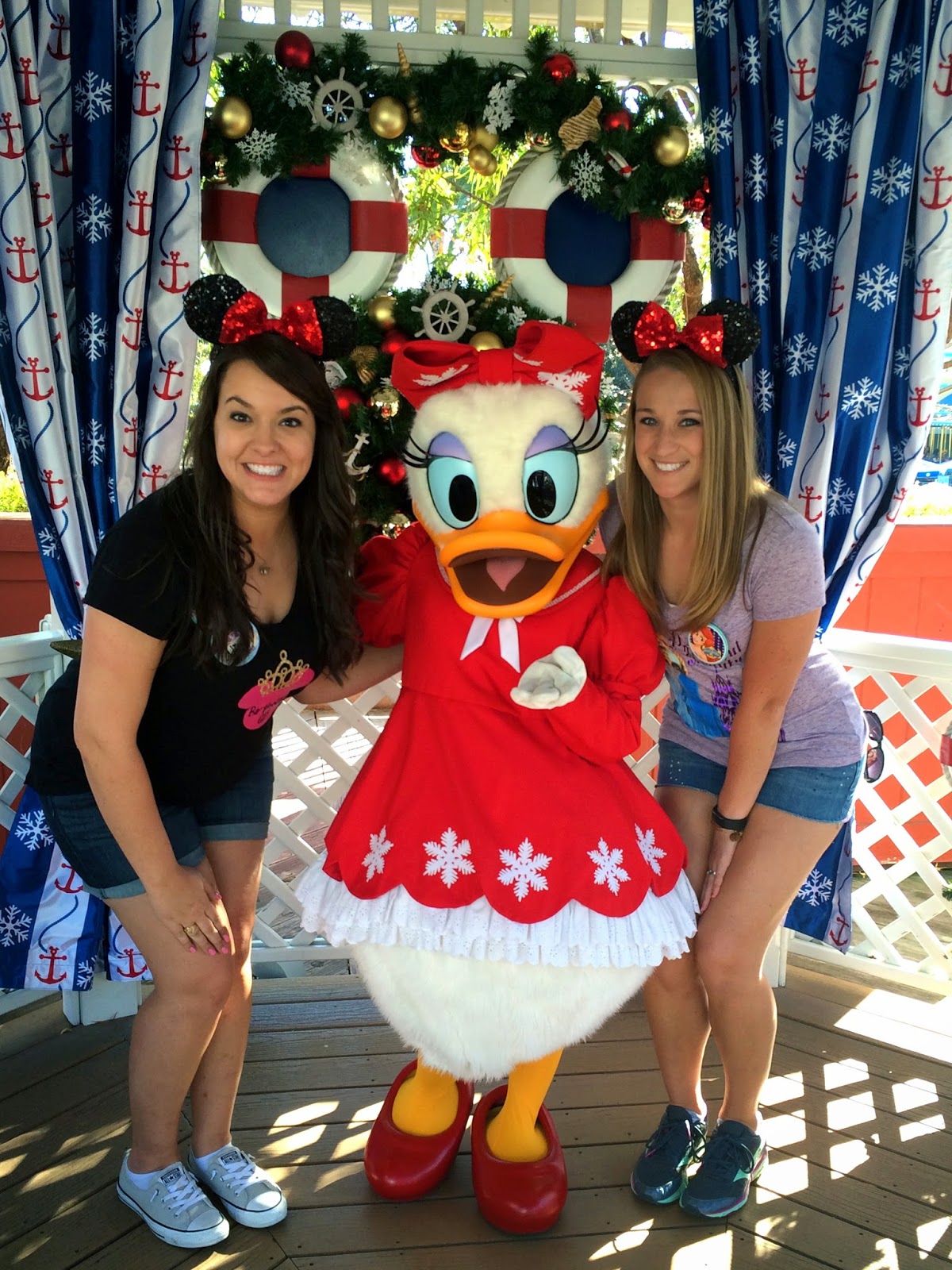 We snapped one with Daisy as we were walking to the Toy Story ride and we managed to find Woody right after! 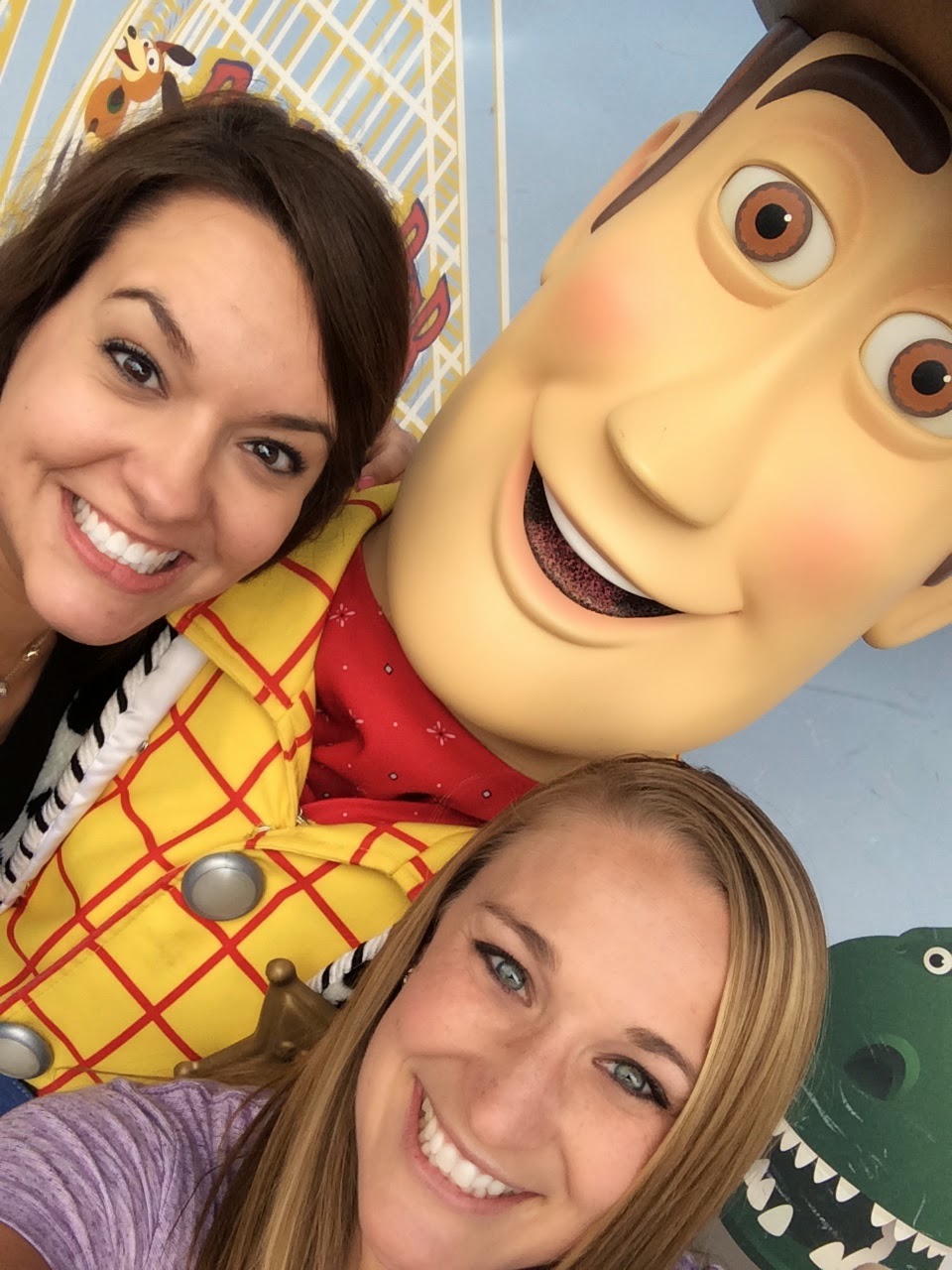 We decided to walk around A Bug’s Life Land and quickly realized it was not meant for people our size. AKA it was for little people…children. But low and behold, Flik was there for us to snap another selfie! 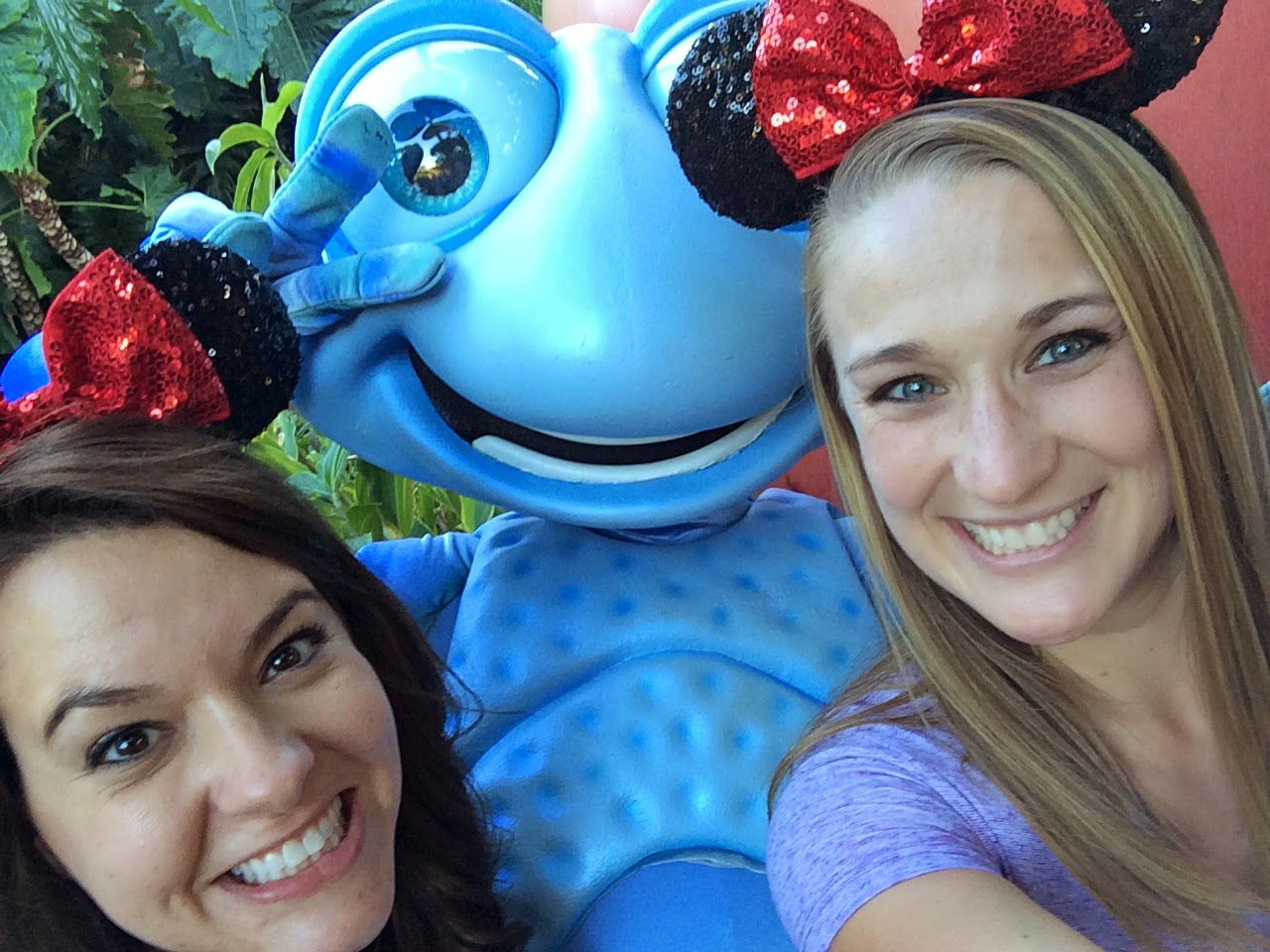 We realized that we had yet to go on the Monster’s Inc ride and the boys were still watching the longest football game ever, so we headed that way and got to meet Eeyore and Tigger along the way. 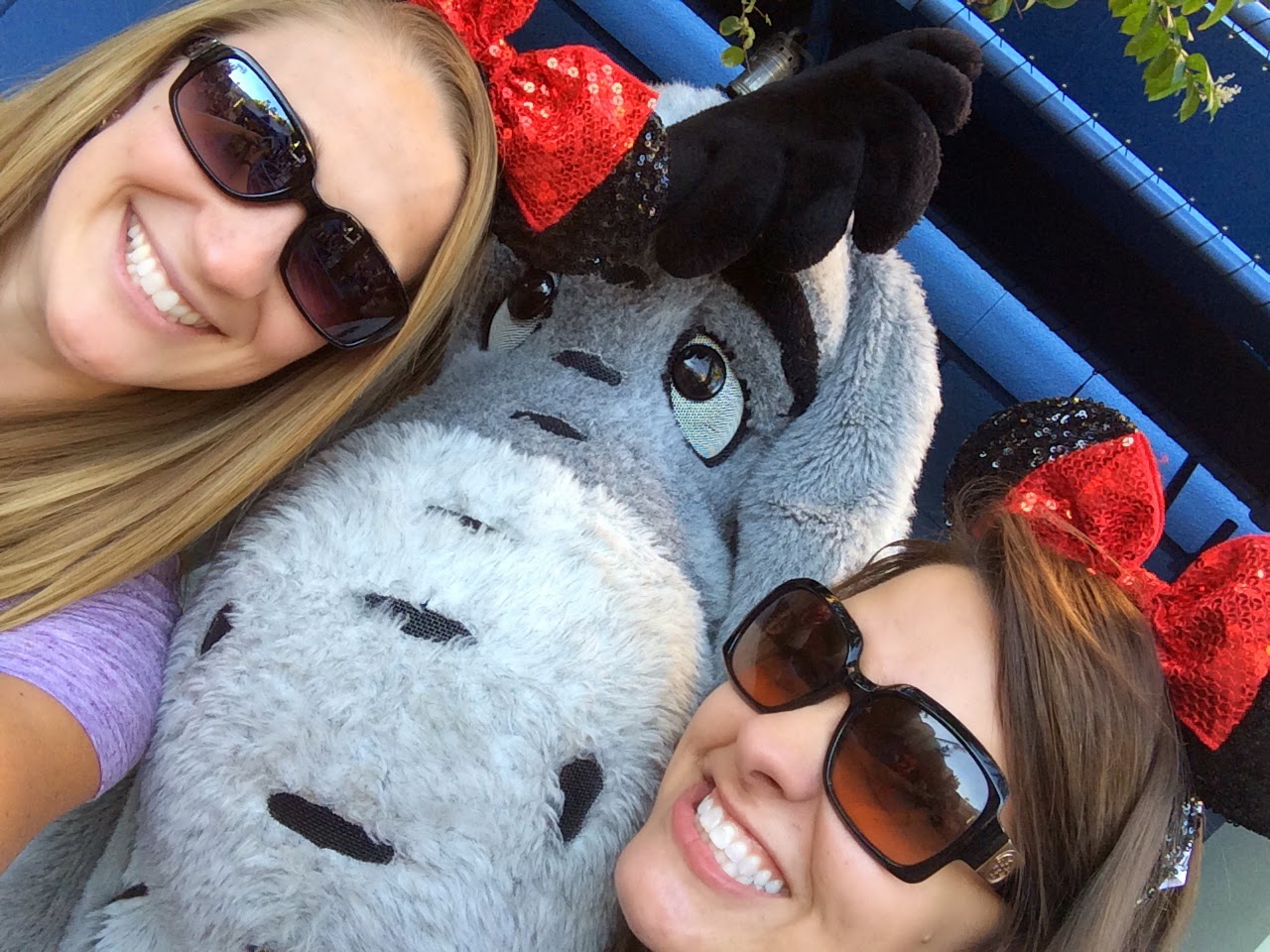 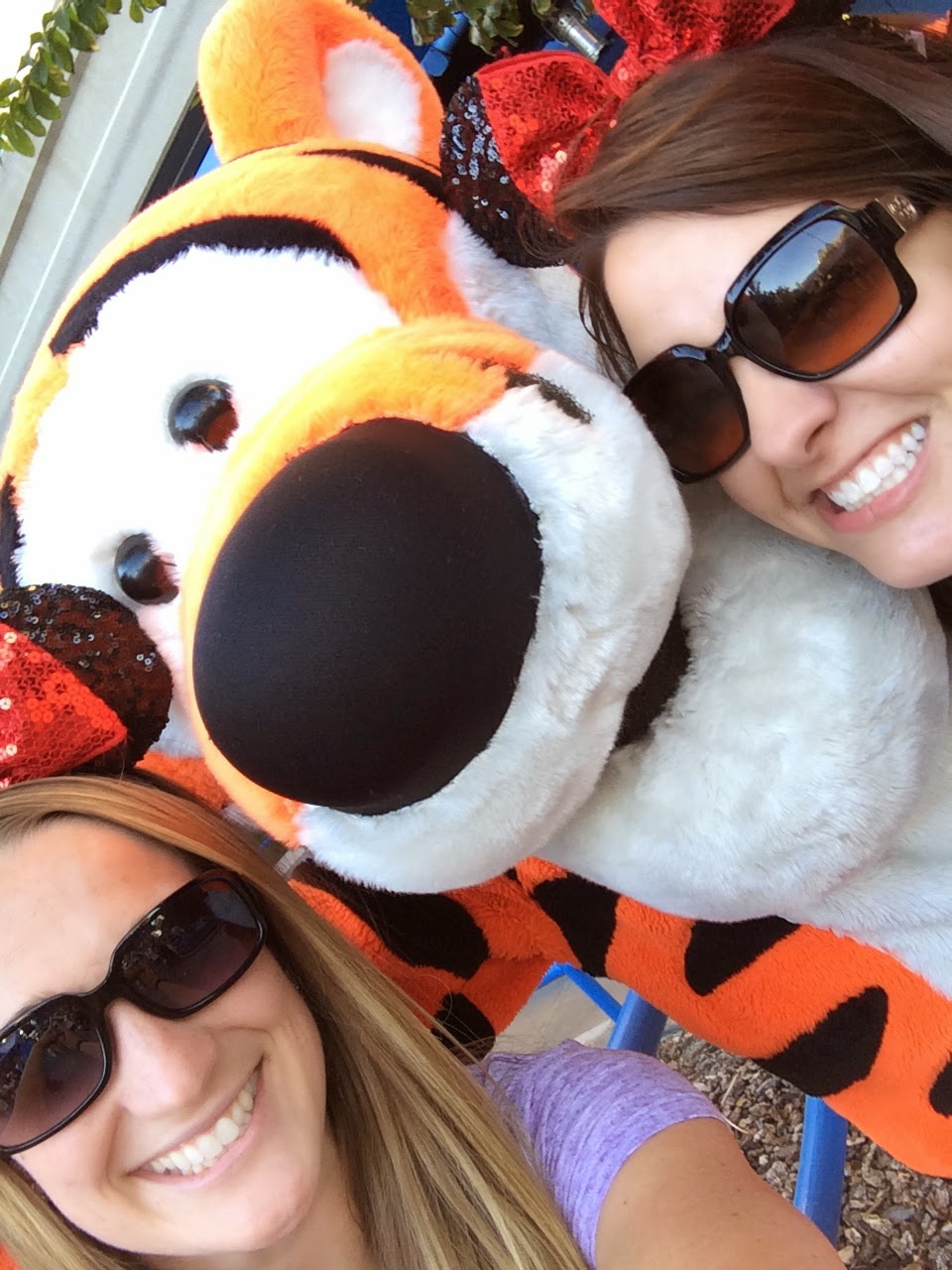 Right when we were about to meet Pooh, they took him away and we were sad, sad princesses. So after a quick princess pout we were off to Monster’s Inc to save Boo!

We had a bit of time to kill before the boys got back so we decided to test our drawing skills in an animation sketching class. Now, I am not an artist. In fact, I have limited to no drawing skills and I’ll be the first to admit that the Pluto I drew looks like the real thing!

Eventually, the boys came back after a shocking and close A&M victory over Auburn. It was nice to have the guys back and in such a great mood! 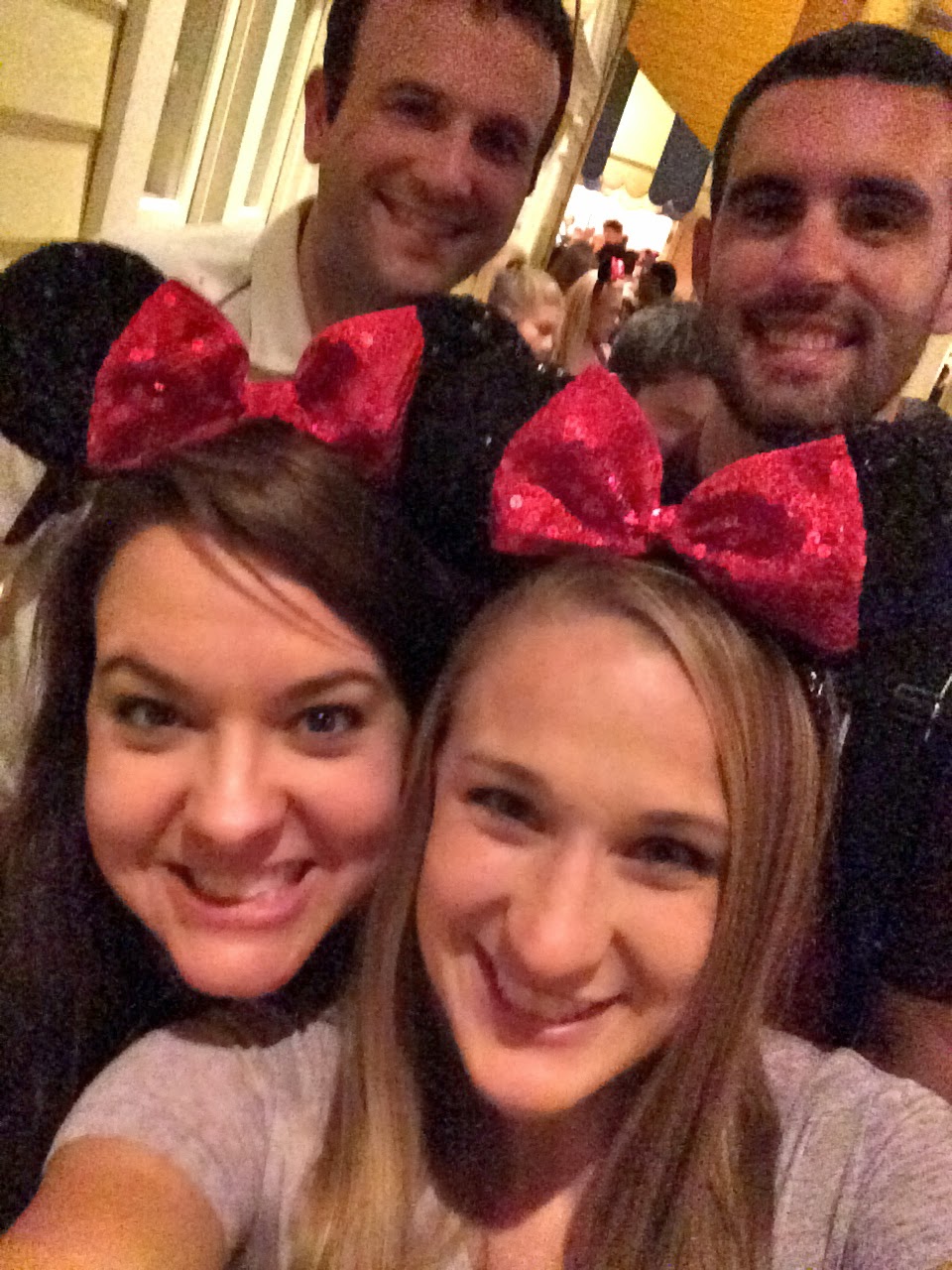 They needed to experience the Toy Story ride and Ali and I were ready to do it again! 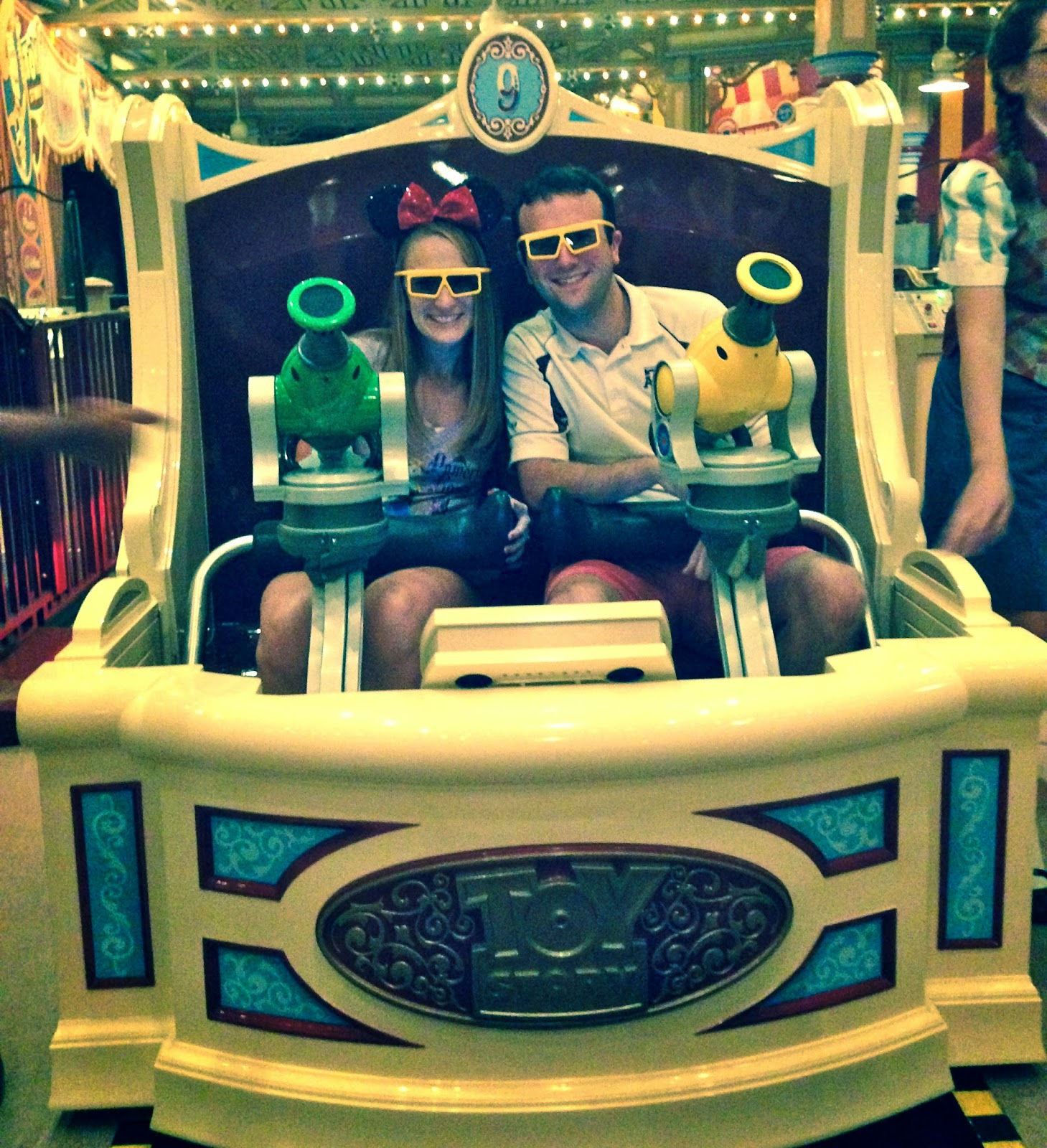 We rode a few more rides before calling it quits and realizing that there wasn’t anything else that we needed to do. It was the most perfect day!

We wrapped up the trip Sunday morning with brunch at the famous Roscoe’s Chicken and Waffles. The boys were elated and it was probably the most excited we had seen them the whole weekend. Hey whatever works right? 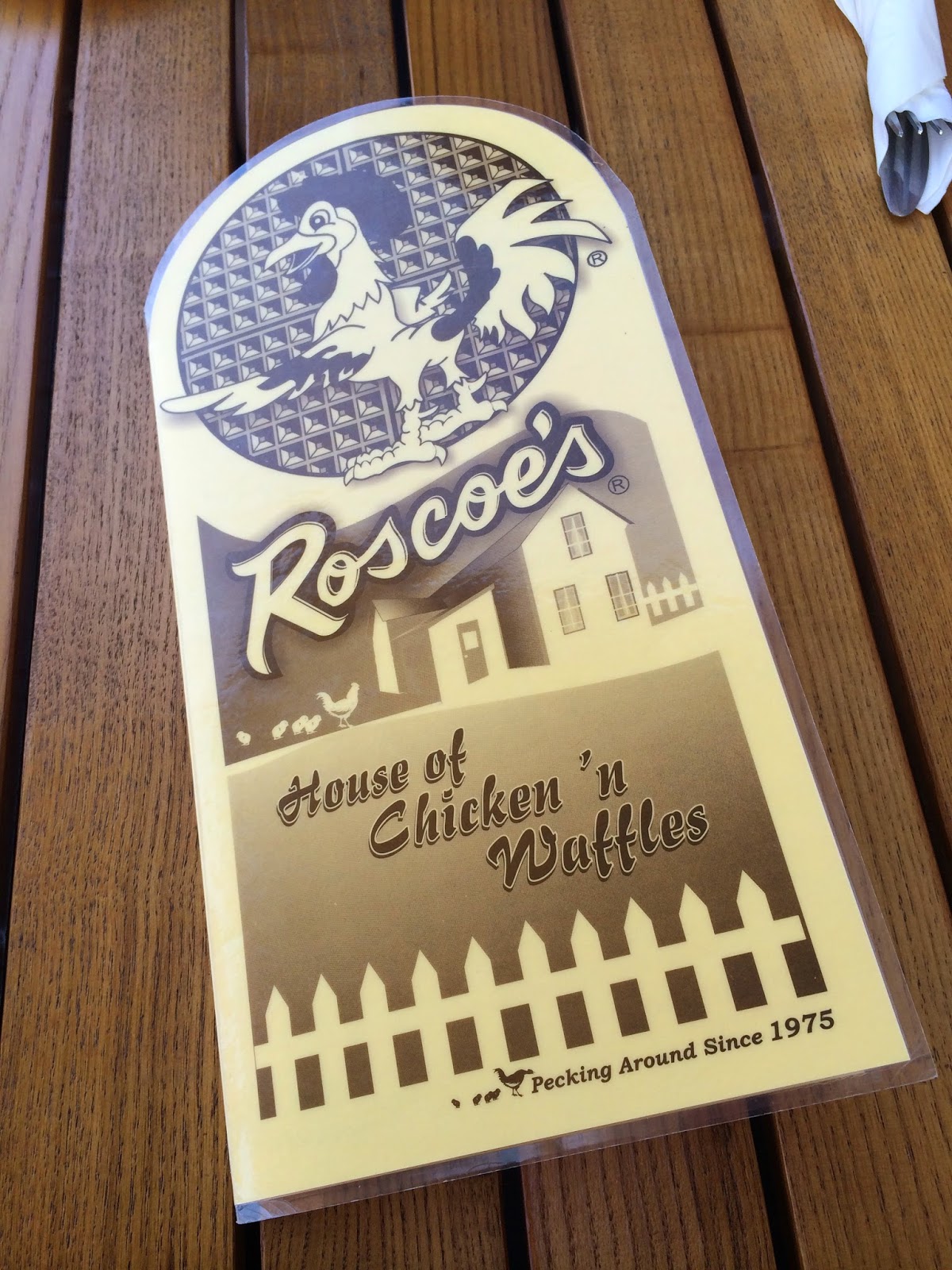 Needless to say, Ali and I were not ready to go home. The United Lounge didn’t even help to lift our spirits. Luckily, we’ll be heading back to Orlando with the quatro amigos {Julie, Amy, Alison & Ashley} for our Disney Princess weekend in February! 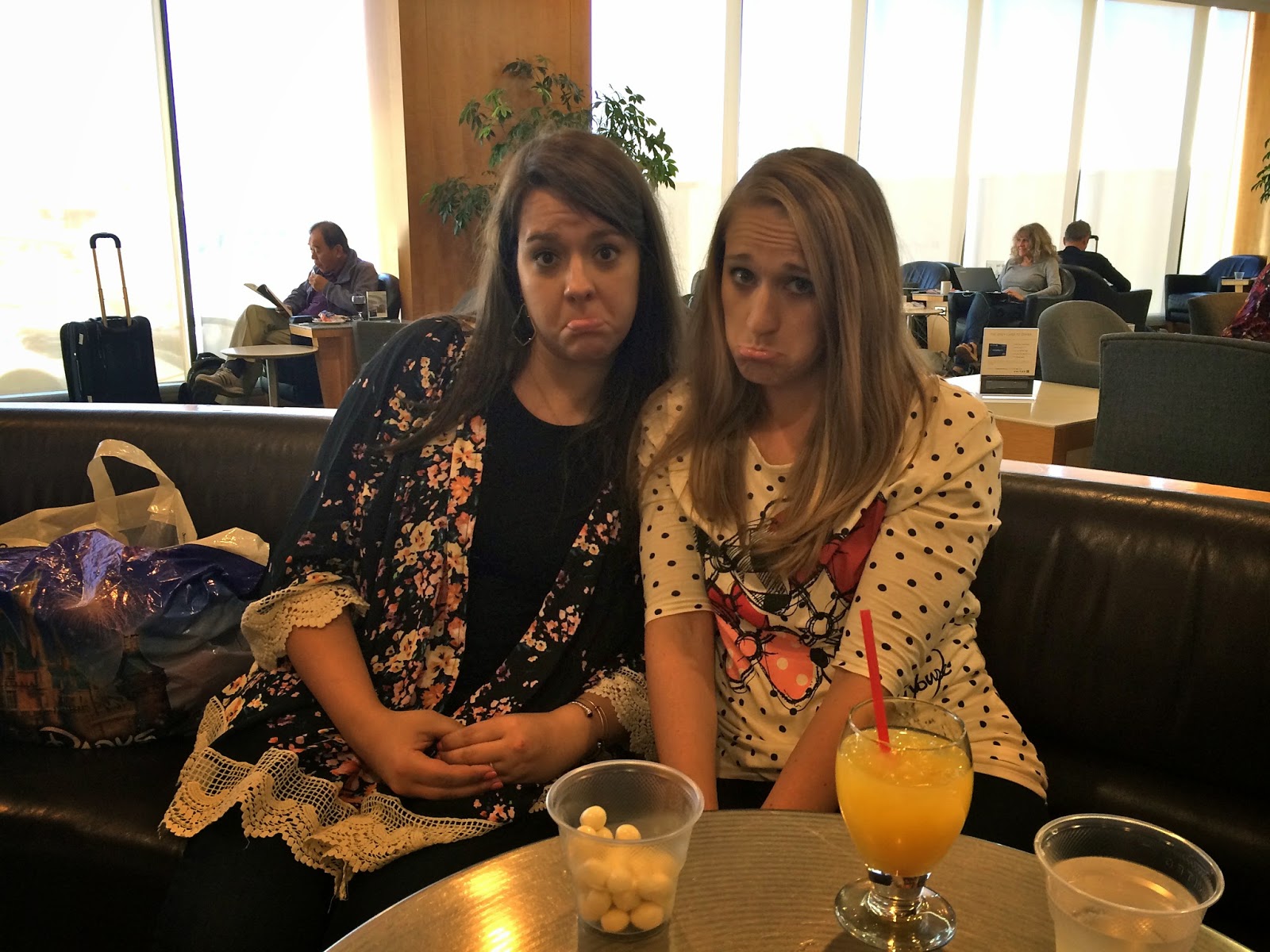