Oh hello darlings! {In my most fancy British accent} I’m back, in action and have TONS to share with y’all! Seriously though. I can’t even believe that I’m back in Houston and Disney is already over. It’s slightly depressing and being back in the real world is just not cool. I want to continue being a 6 year old and play all day long! But I am a grownup and cannot. Instead, let’s just relive the past few days so I can pretend that I’m still in the most magical place on earth!

Let’s do a quick pit stop at our awesome room and then move on to a bunch of pictures from Universal Studios! 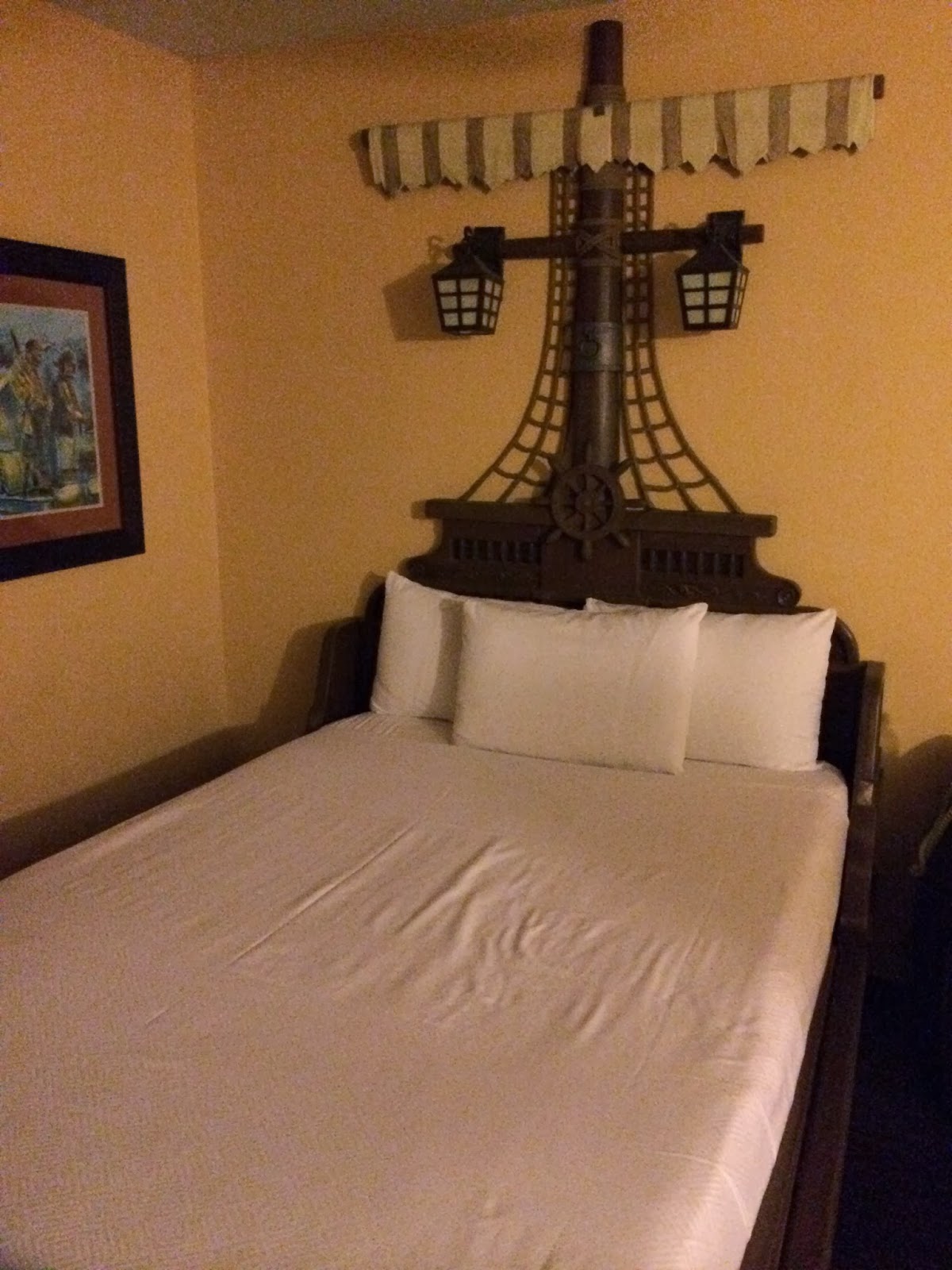 Why yes, that is indeed at Pirate ship bed! Are you jealous? Julie surprised us and was able to book a special Pirate room instead of the traditional Caribbean room at the resort! There’s nothing better than sleeping in a mini Pirate ship, drawing the skull and cross bones curtains, watching tv upon some crates and storing your wine in a true wine barrel! 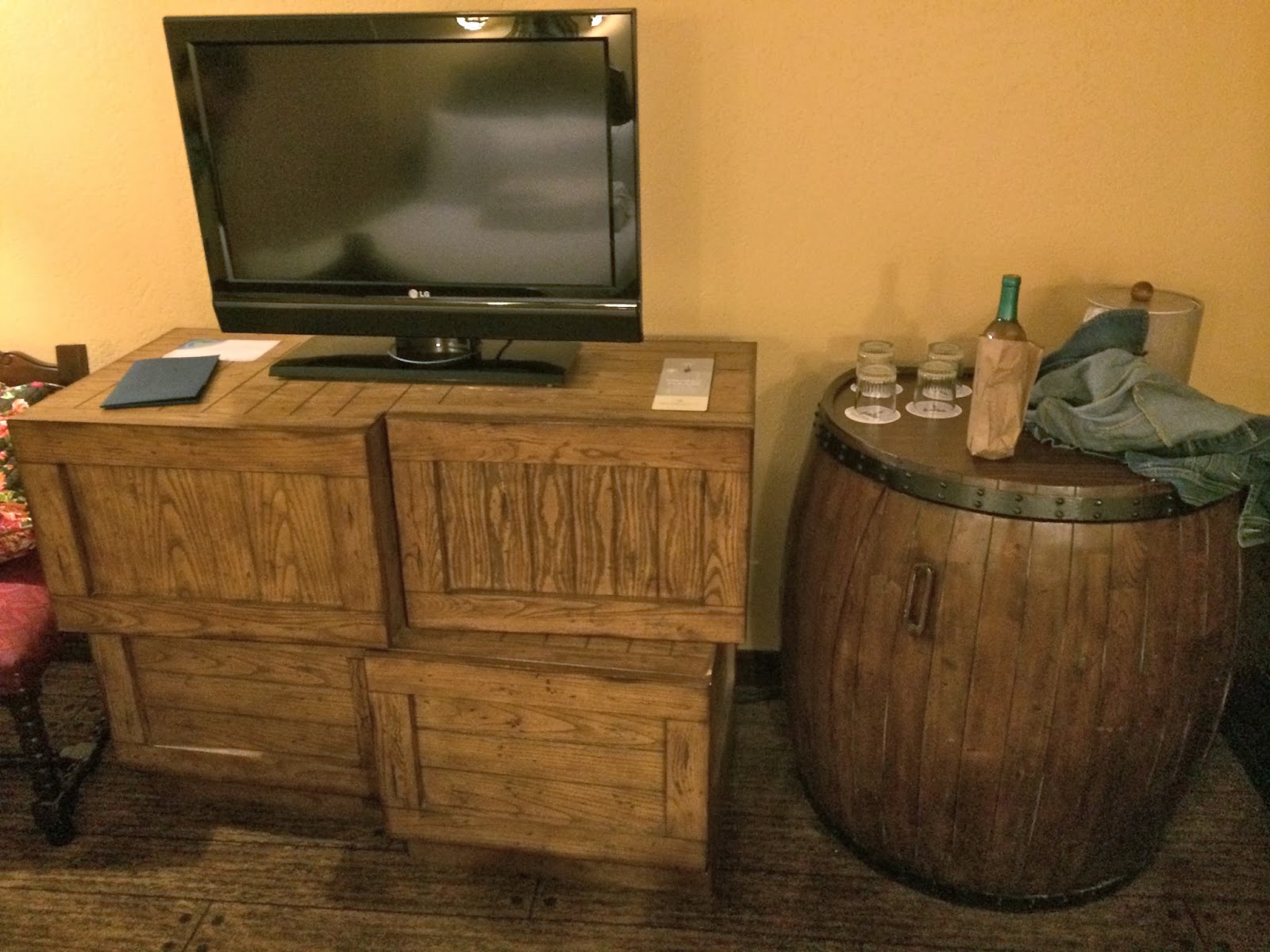 Our Resort
We stayed at the Caribbean Beach resort which is a moderate {middle tier} resort. We actually stayed here on our Disney trip 2 years ago! It was just as great the second time around. I actually prefer Caribbean Beach’s food court to Coronado Springs’ which is where we stayed last year! 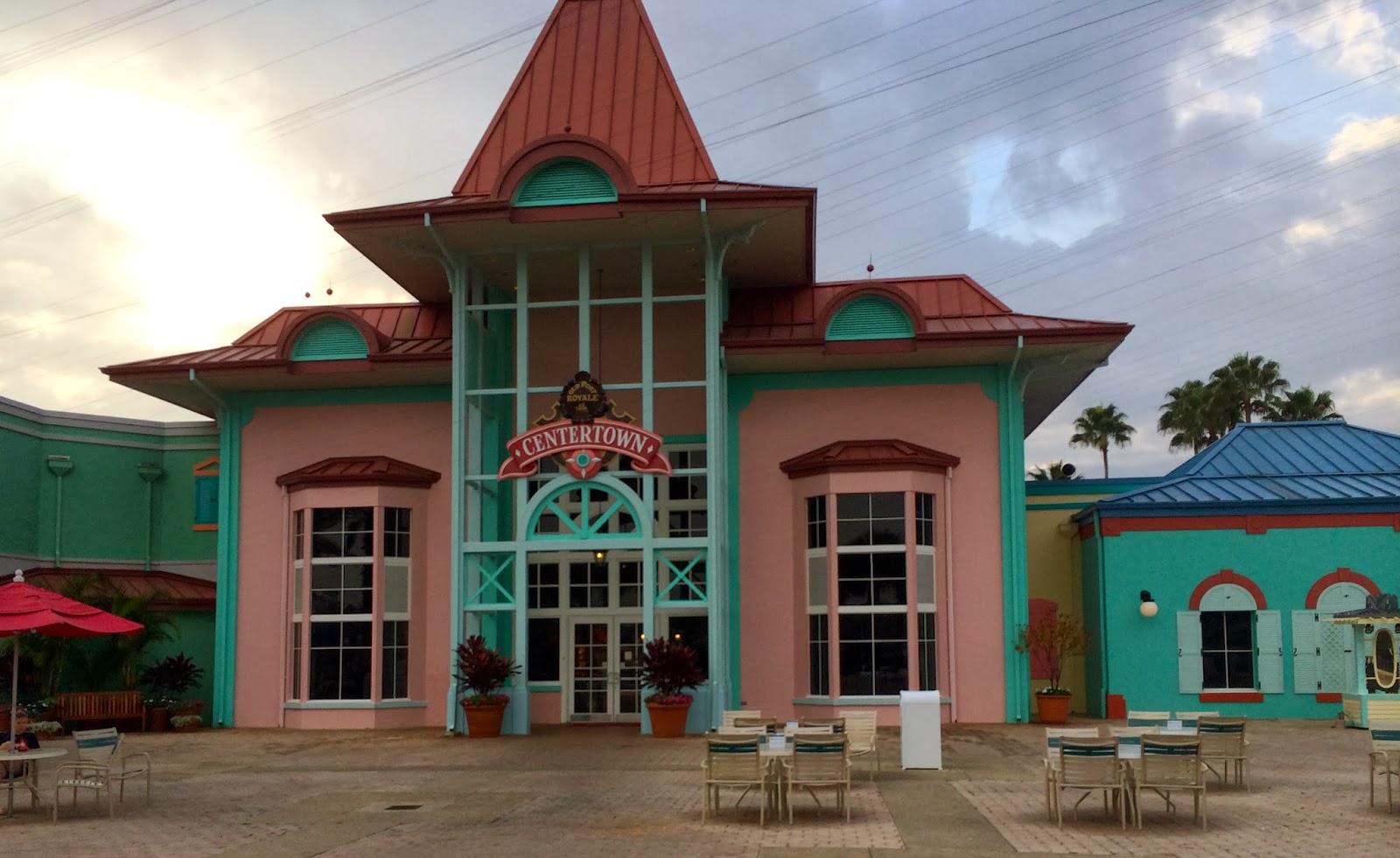 We definitely took advantage of the Pirate themed pool and hot tub! Soaking our feet before and after the race was mandatory! We also had plenty of time to soak up some sun post race! I have tan lines again! Universal Studios aka Harry Potter World
Let the insane amount of pictures begin! We actually started our Saturday morning at the Fit for a Princess Expo but I figured that would go much better with the race recap than Universal Studios! We made it to Universal by 11:00am and took advantage of Julie’s valet parking that comes with her season pass. Hello awesome. From there we naturally high tailed it to Hogwarts! But first we had to snap a picture with the conductor of the Hogwarts Express! 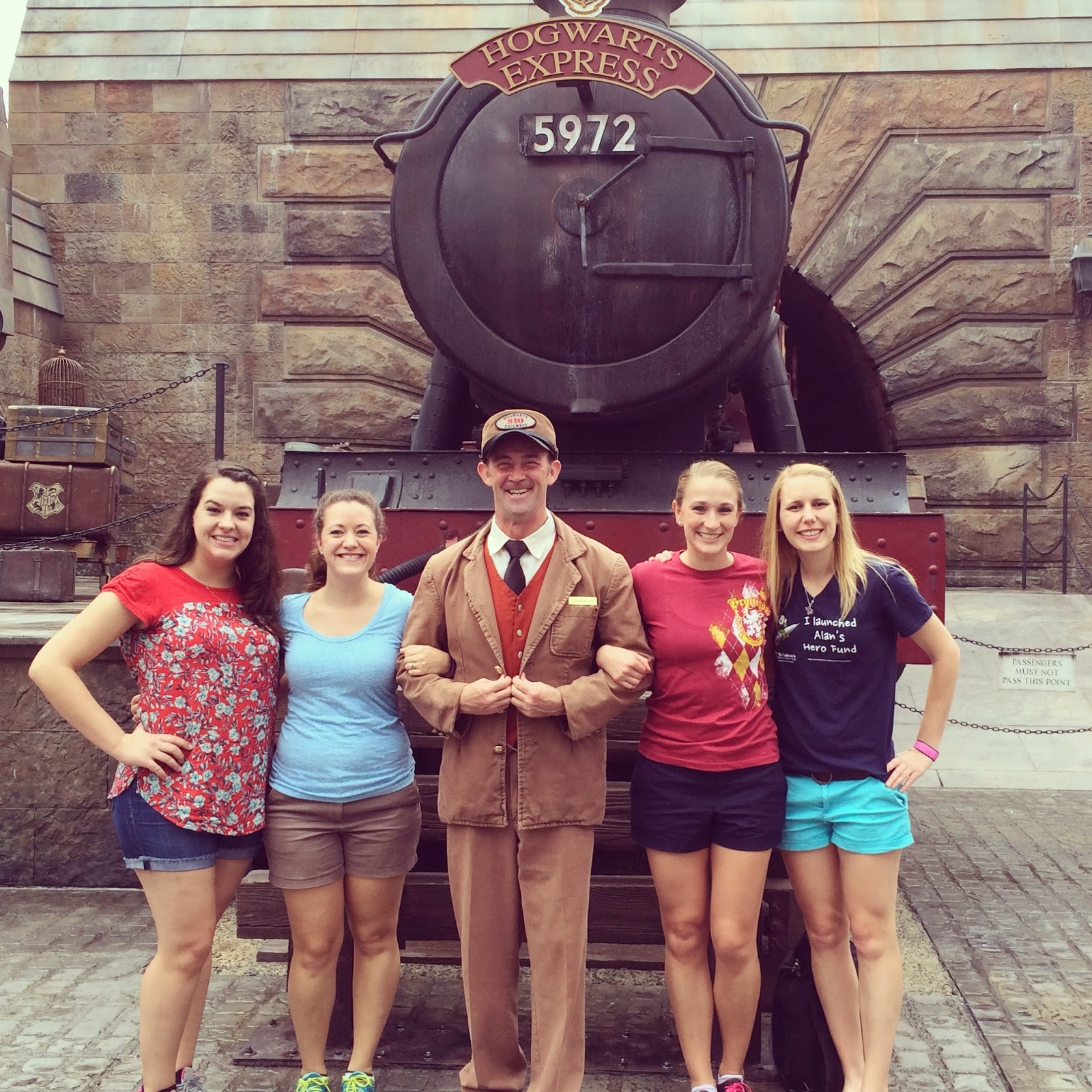 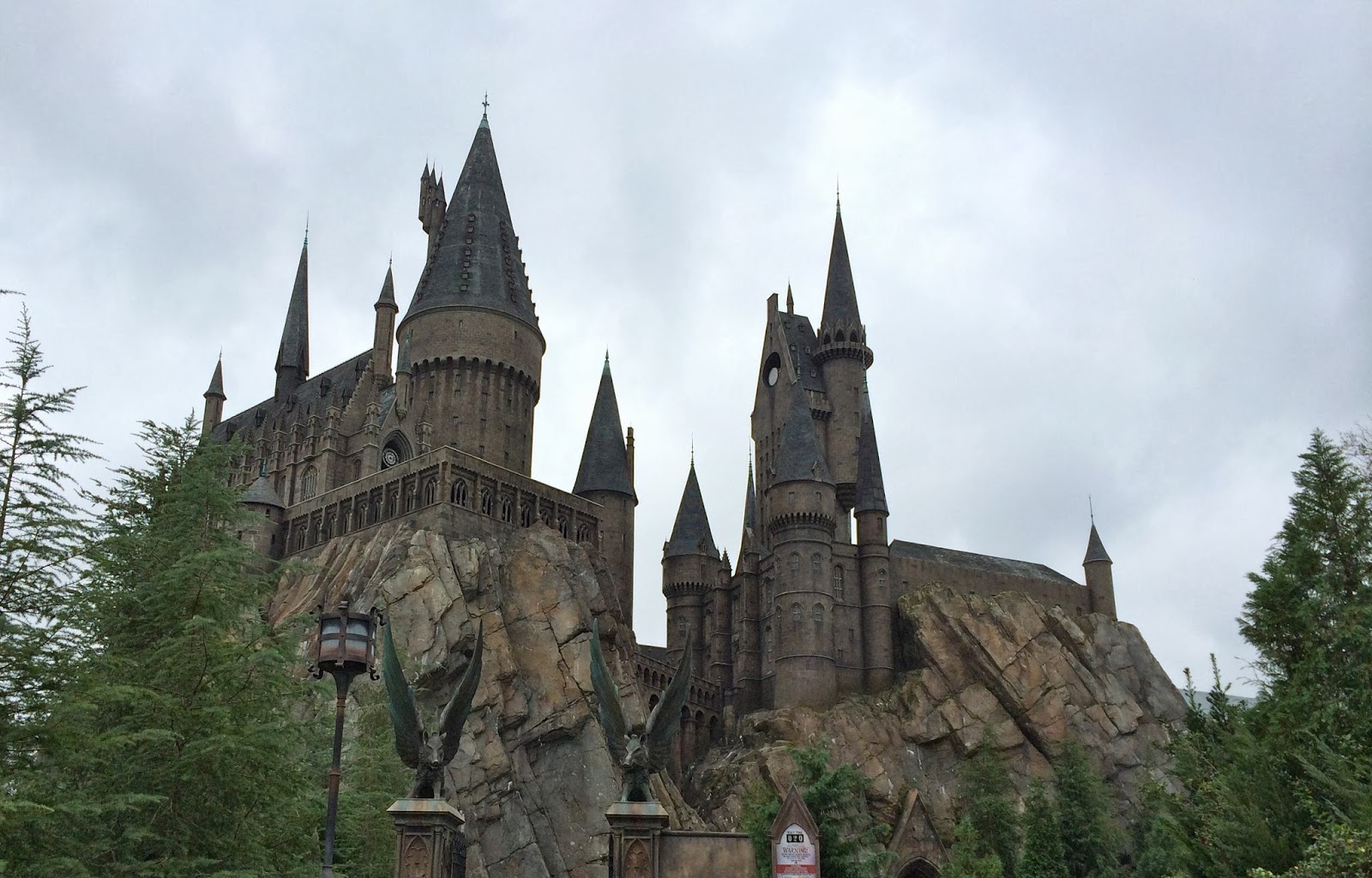 Next up was the ride inside of Hogwarts which is just as amazing as it was the last two years. I mean even the line is amazing! There are so many things to look at and snap pictures of! We only had a 20 minute wait and the line was in constant motion. If you do have to wait a while, they make it worth it at least! 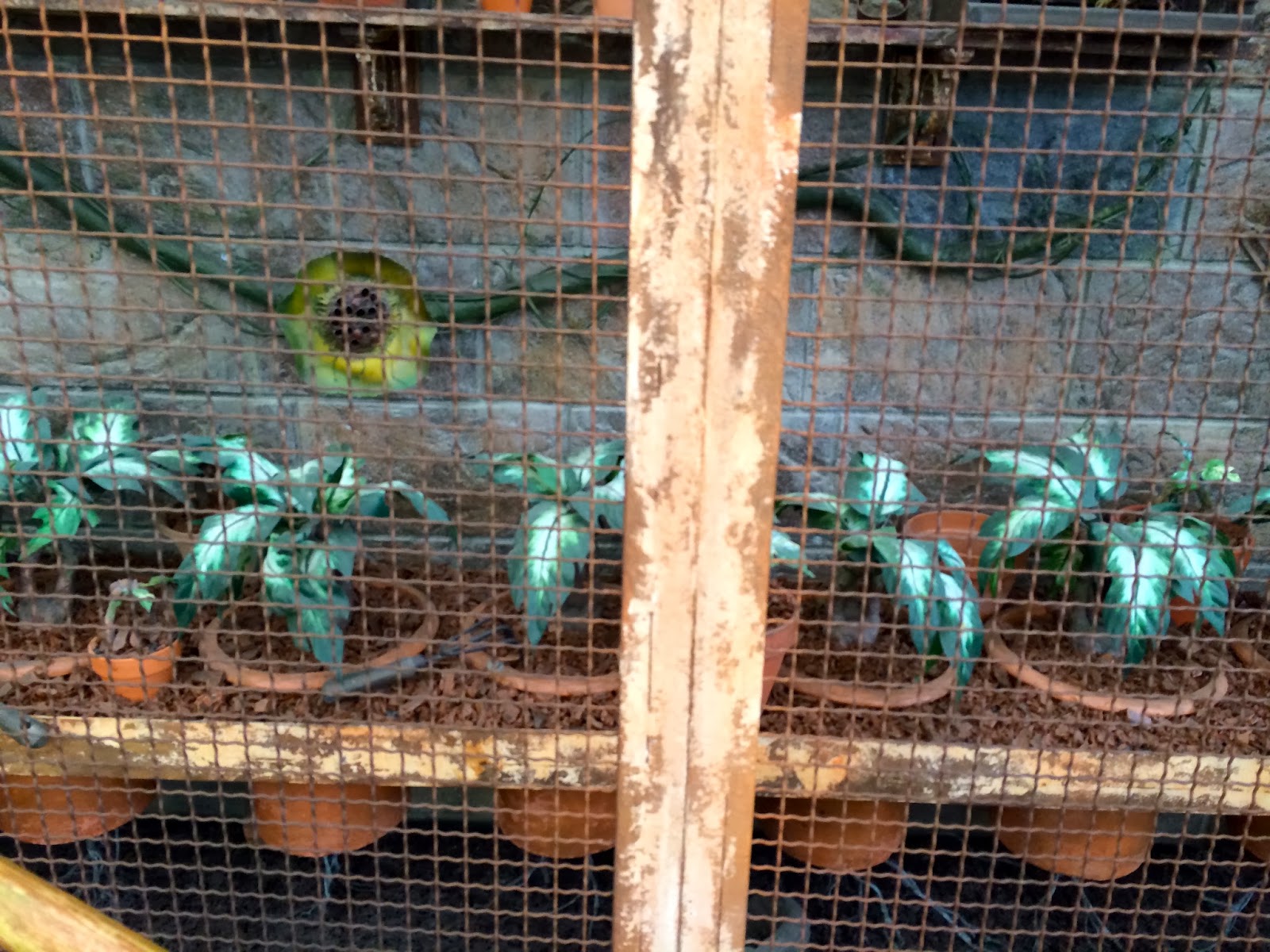 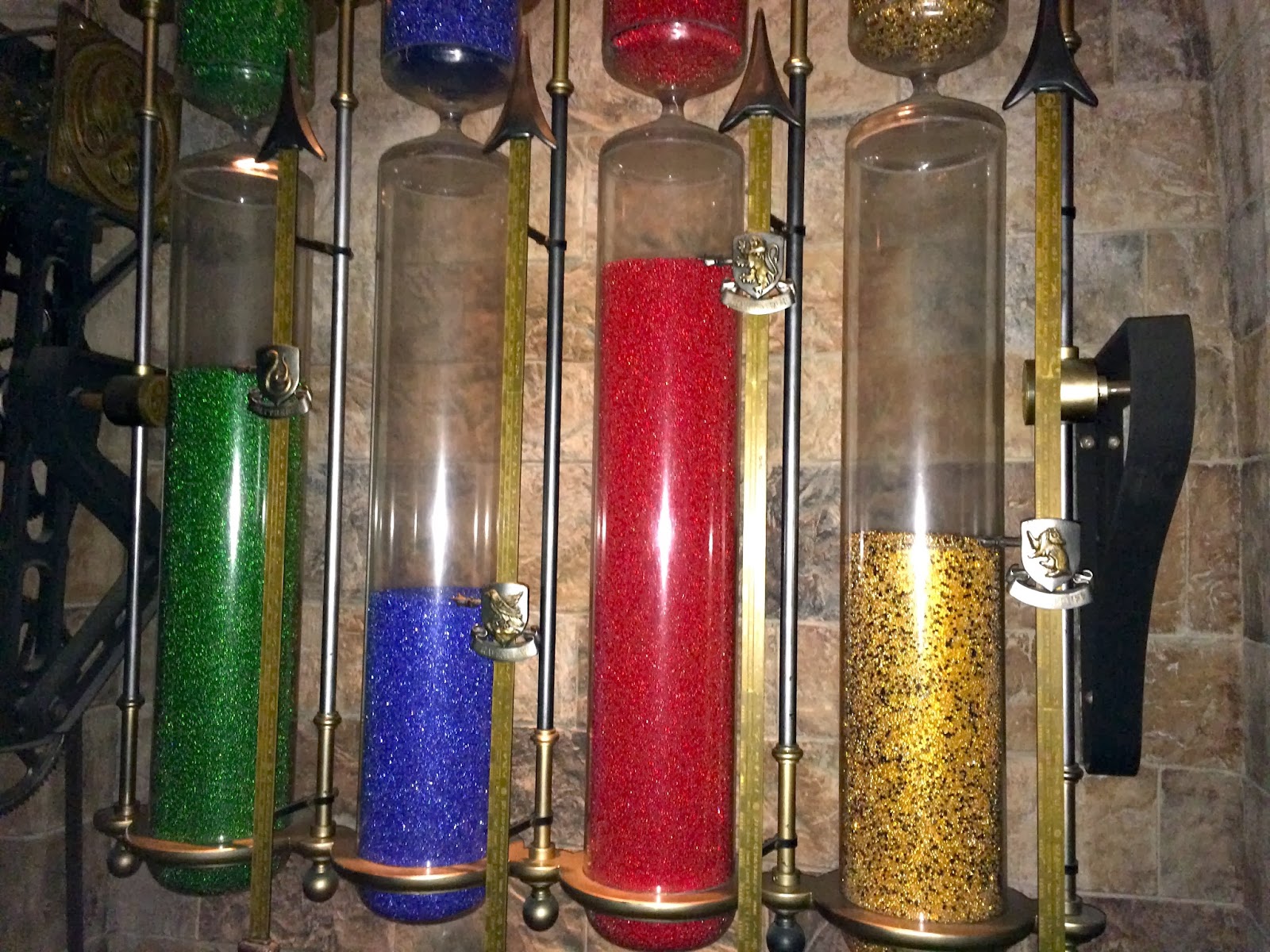 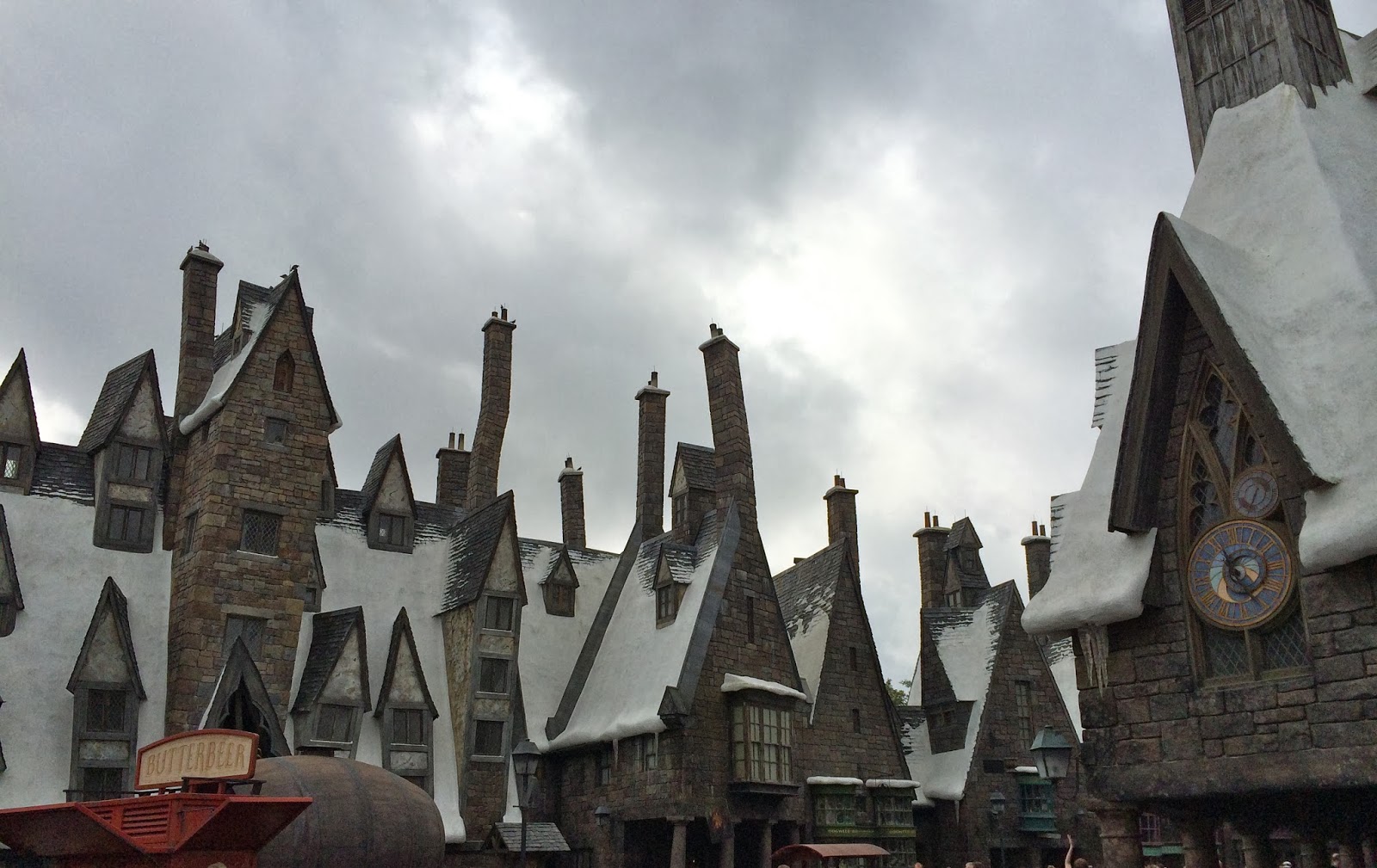 After the ride inside of Hogwarts we explored Hogsmead and rode the Dragon Challenge. The line was so short that we decided to ride both the Hungarian Horntail and the Chinese Firebolt! 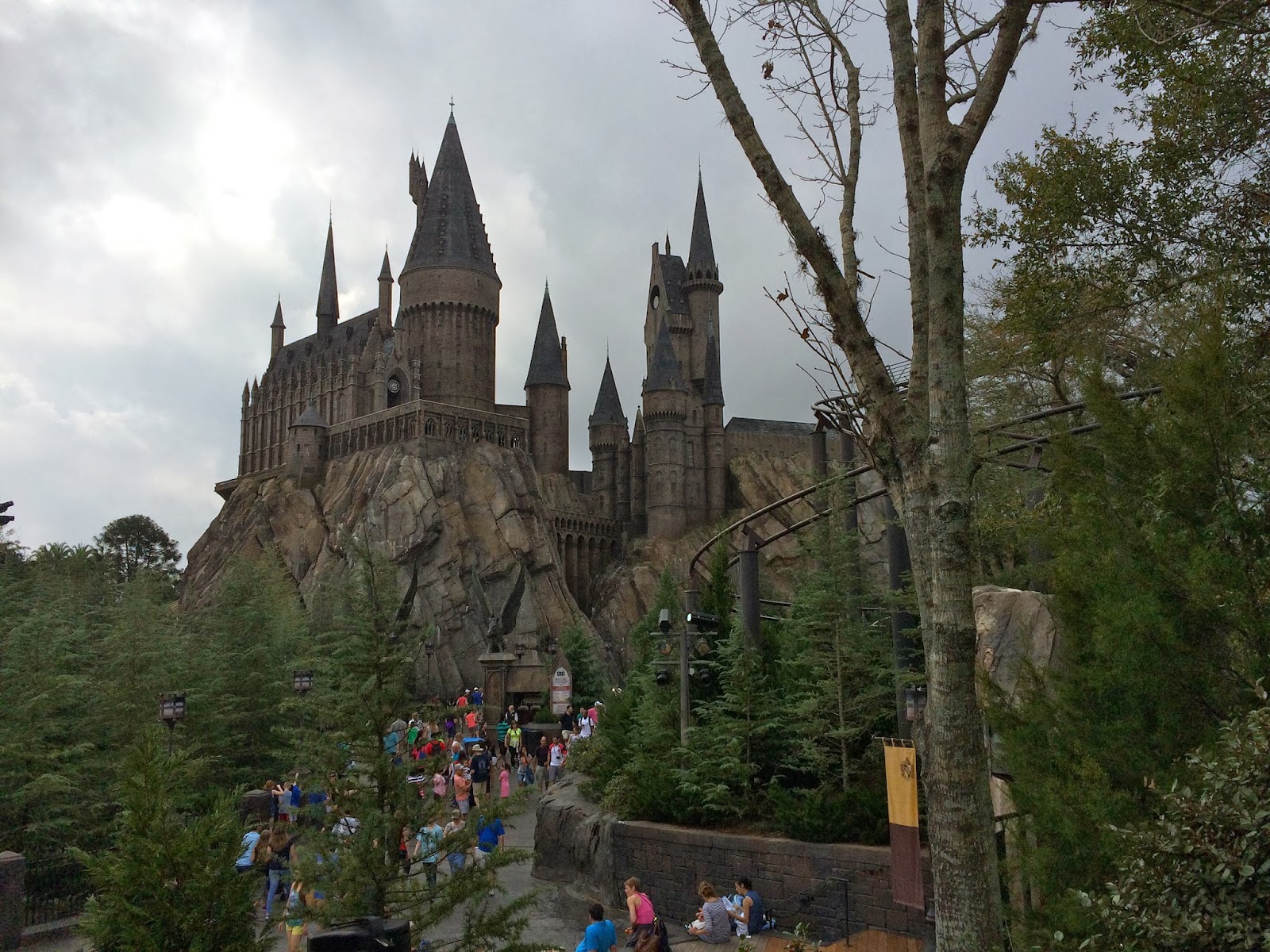 As per usual, we had lunch at The Three Broomsticks and even snapped a picture with one of the Wizards that works there! 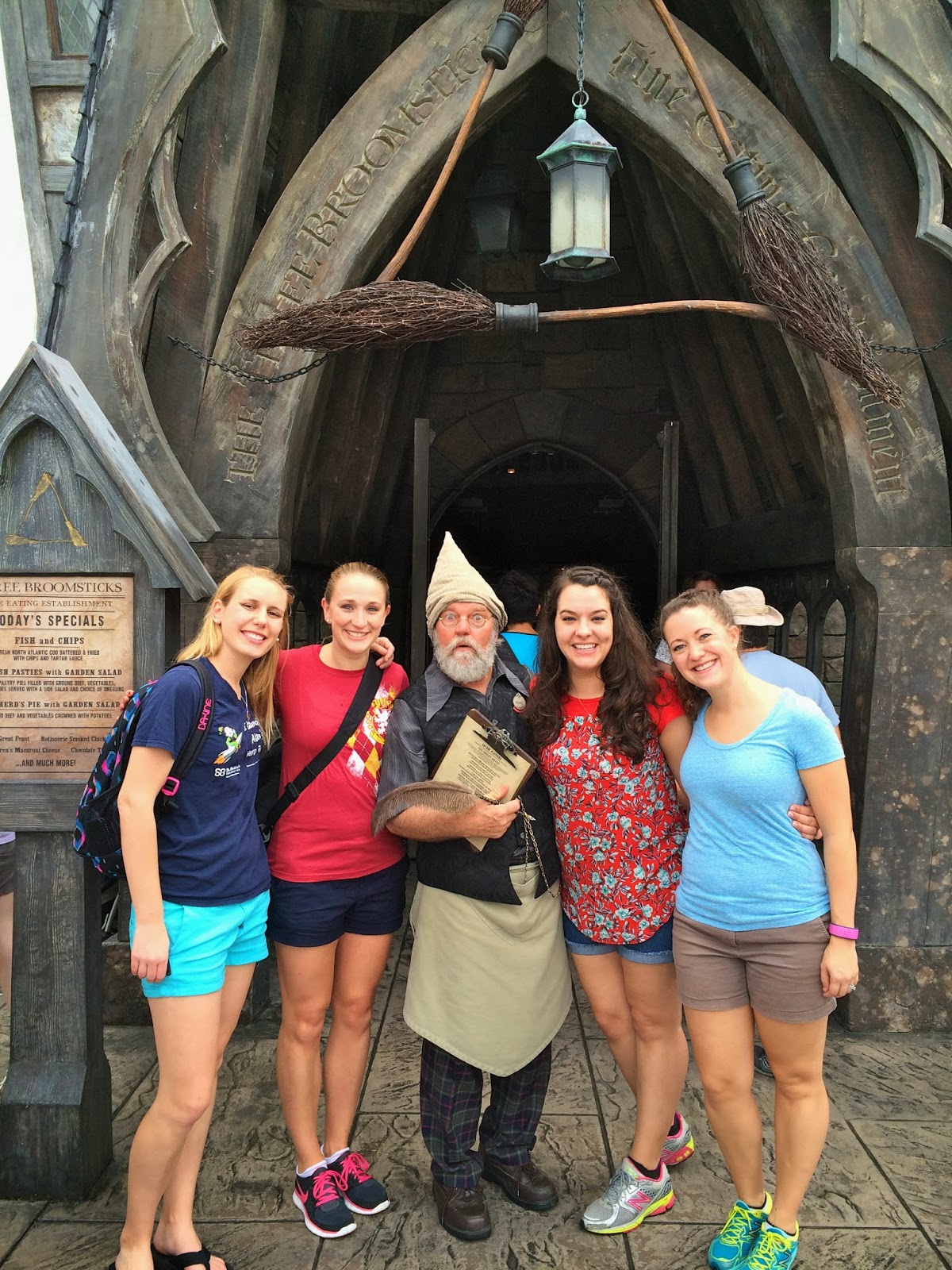 Delicious foot was eaten and butterbeer was consumed 🙂 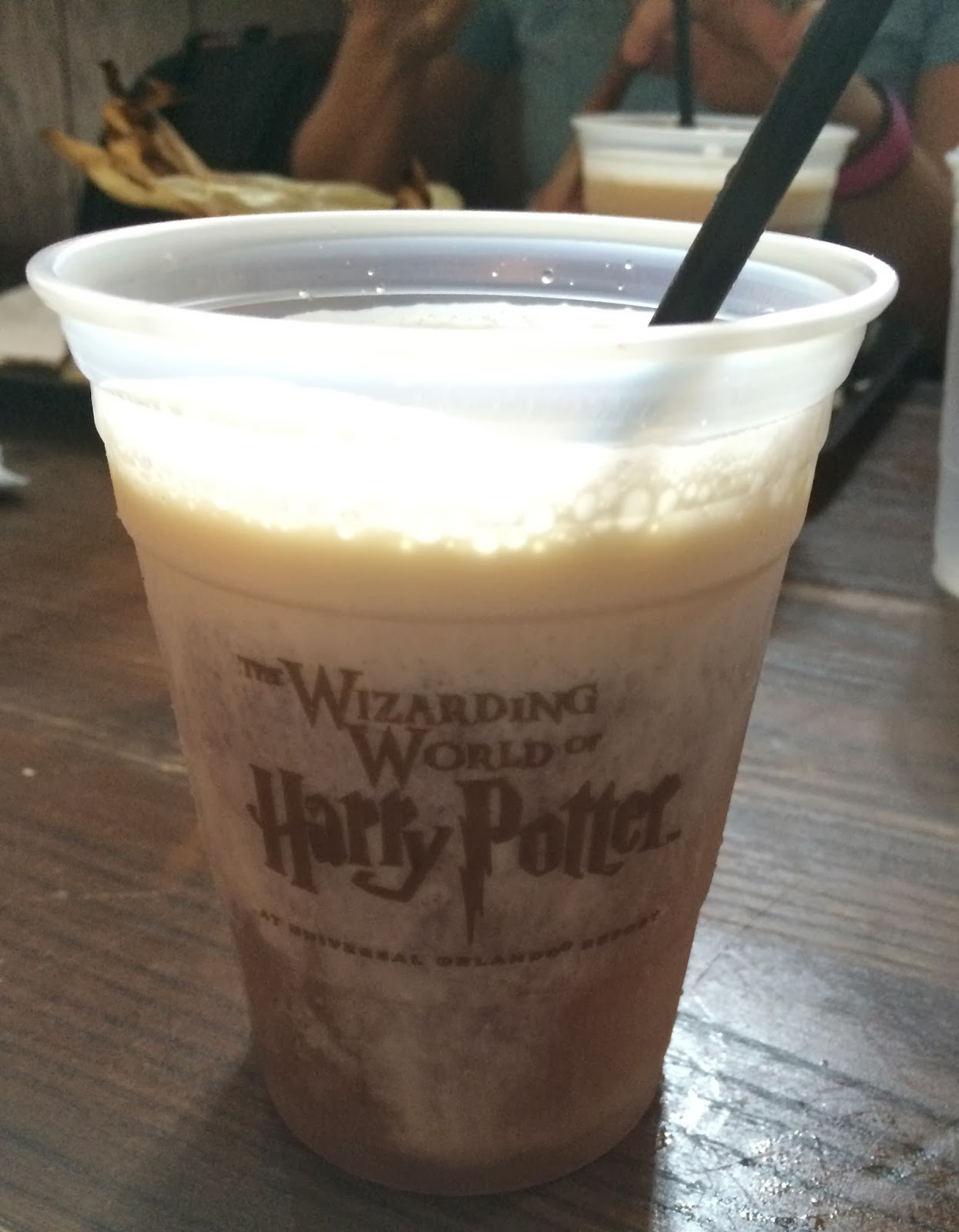 Soon it was time to venture off into the other lands of Universal. My second favorite is Jurassic Park, but I was a sad panda when the River Adventure ride was shut down. I was so excited to see the dinosaurs, mostly the velociraptors!!! I love them!

Oh and as you can see, ponchos were needed but not for long. There was a quick bout of rain after lunch and that was it. Considering there was a 60% chance of rain, I’d say that’s lucky. We think it kept some of the locals from coming so the lines were shorter! 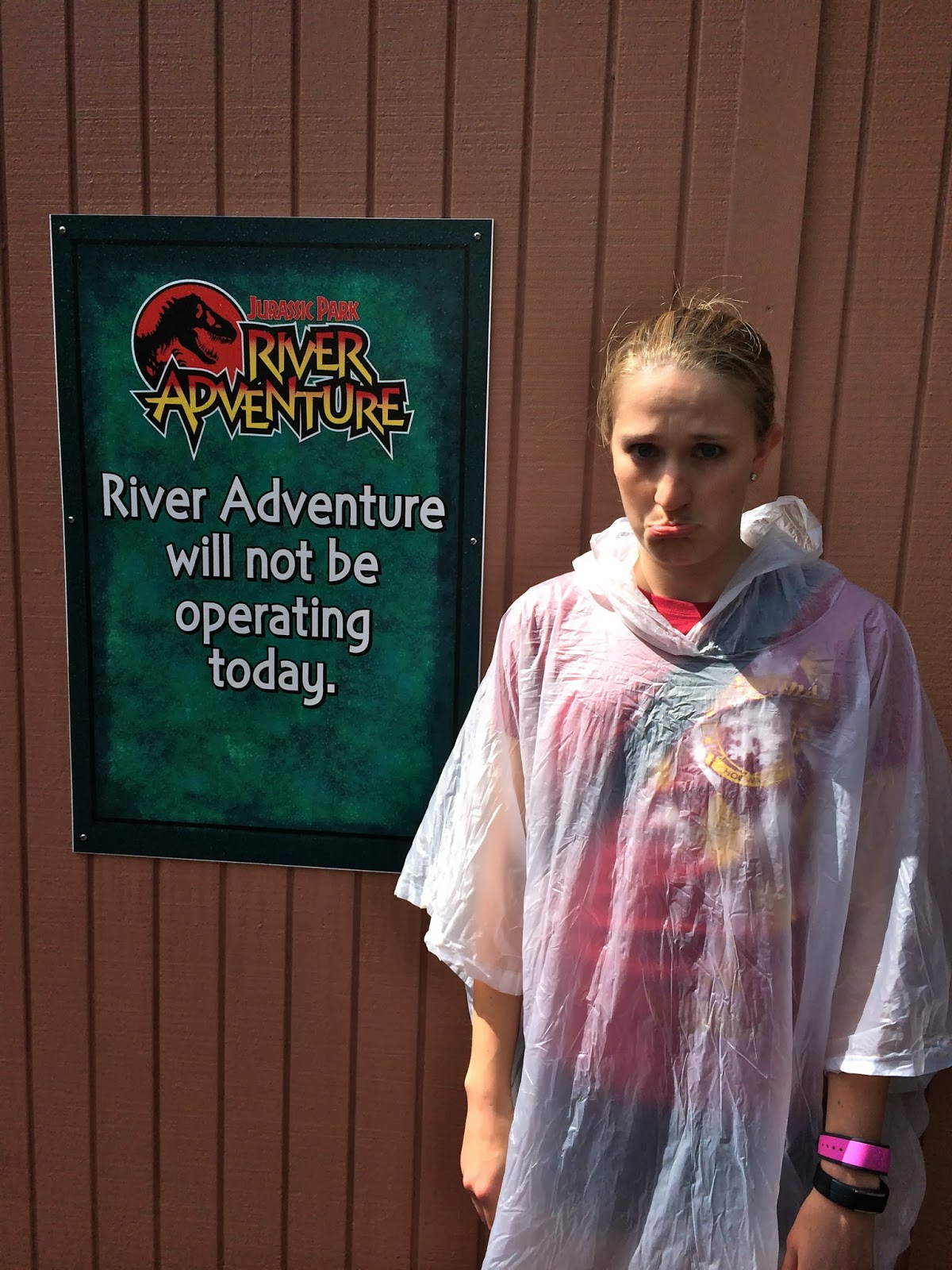 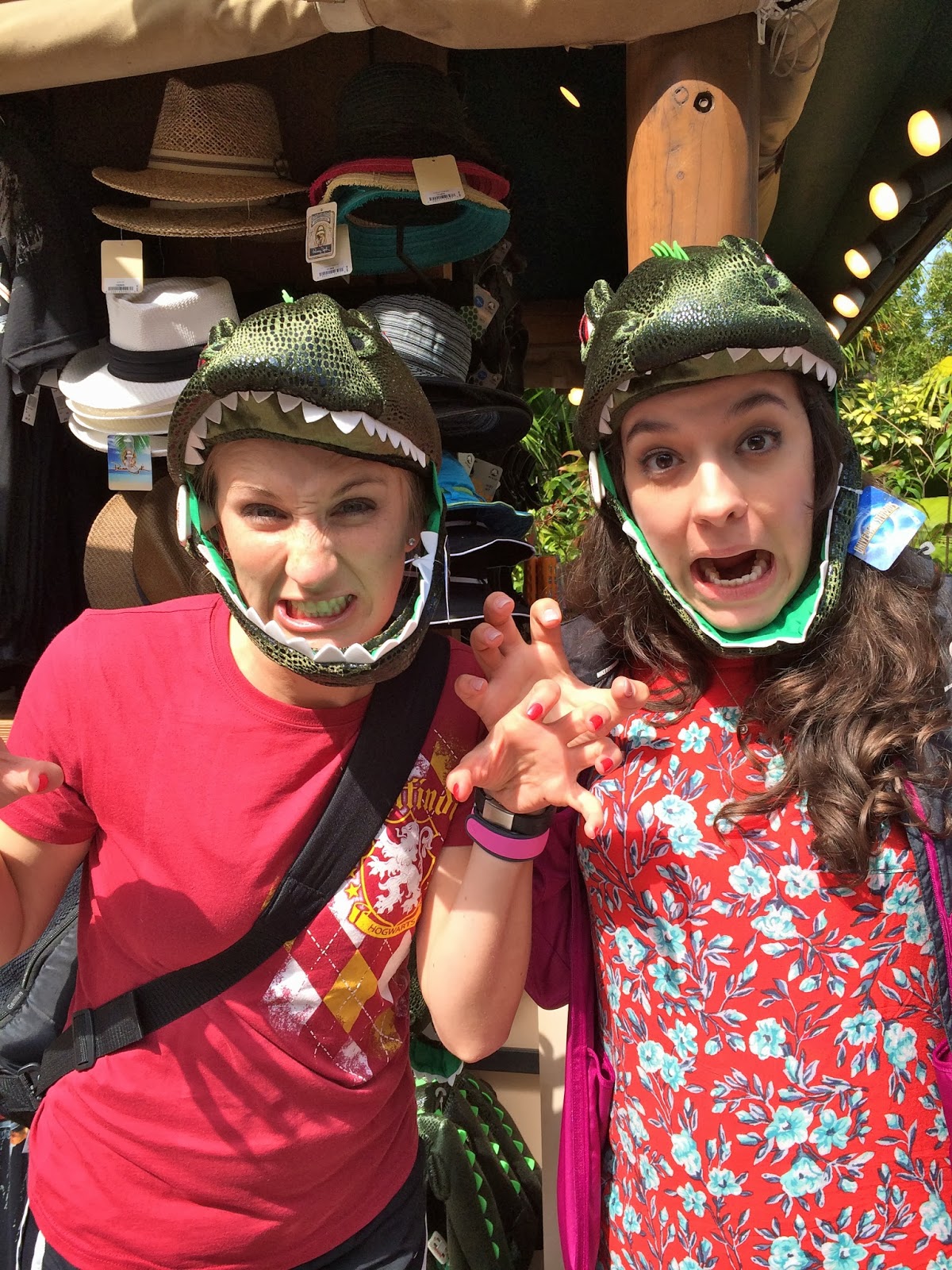 Then we ventured through Cartoon land, Super Hero land {we rode The Hulk and Spiderman rides!} and Dr. Seuss land… 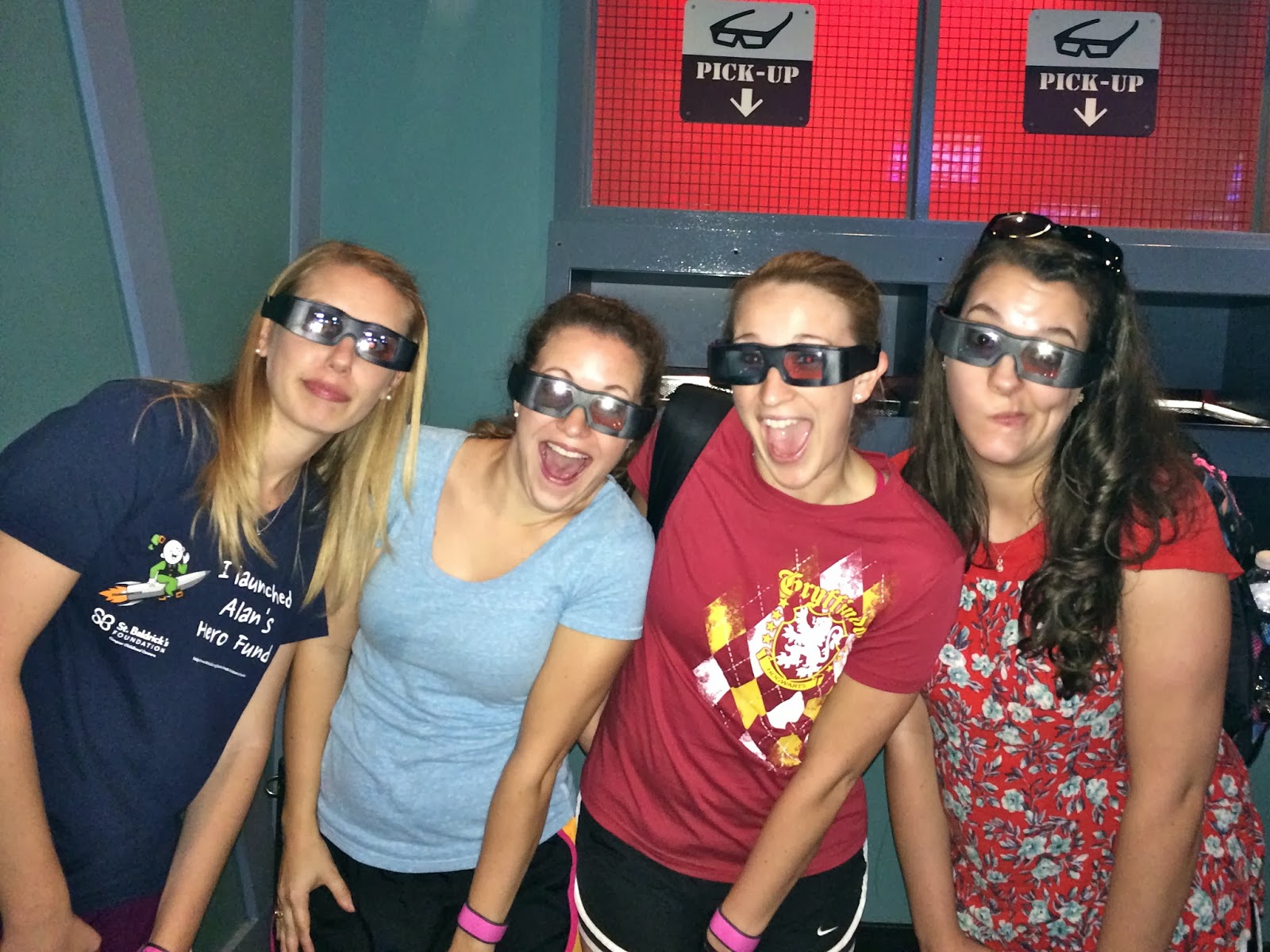 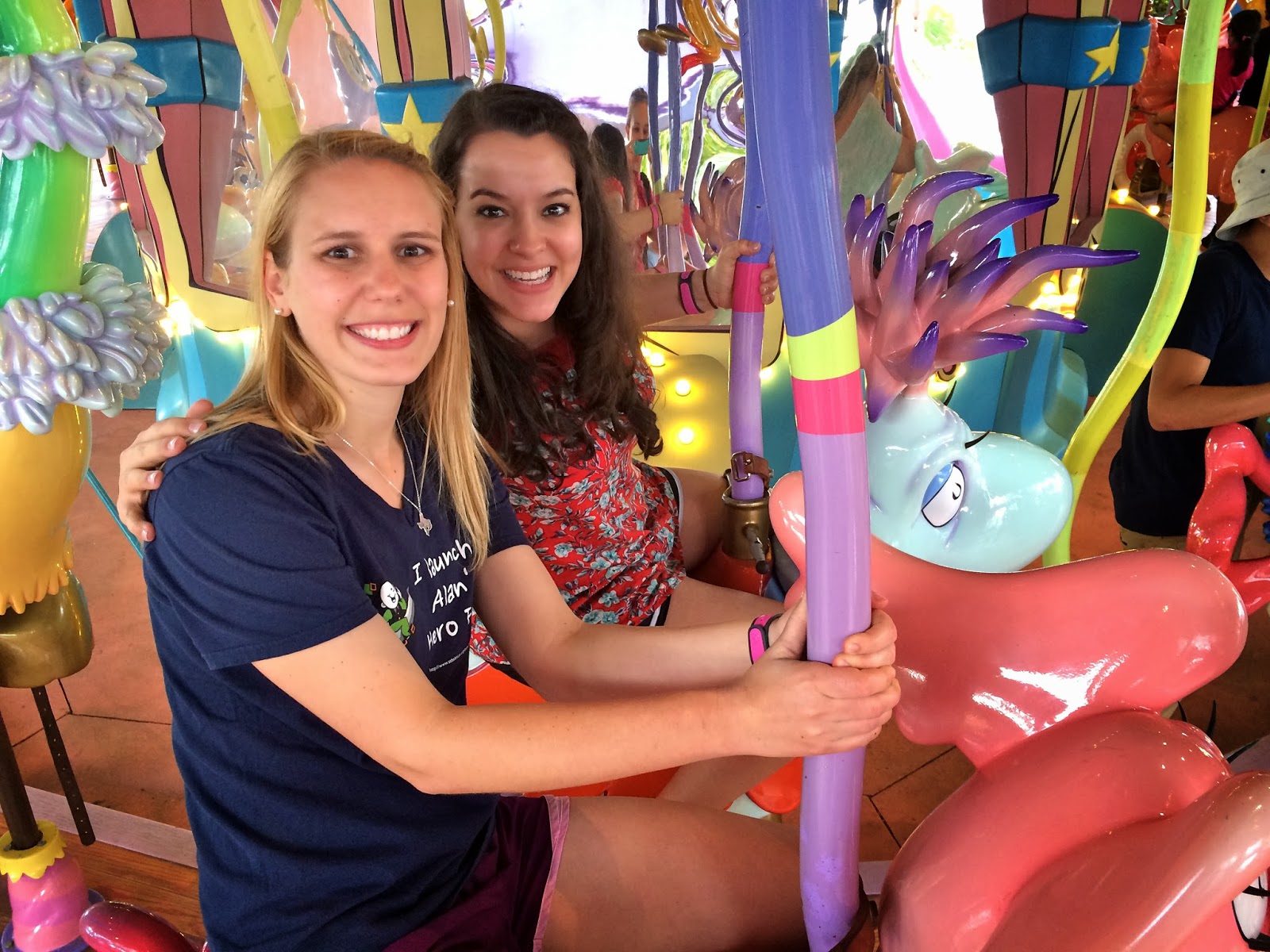 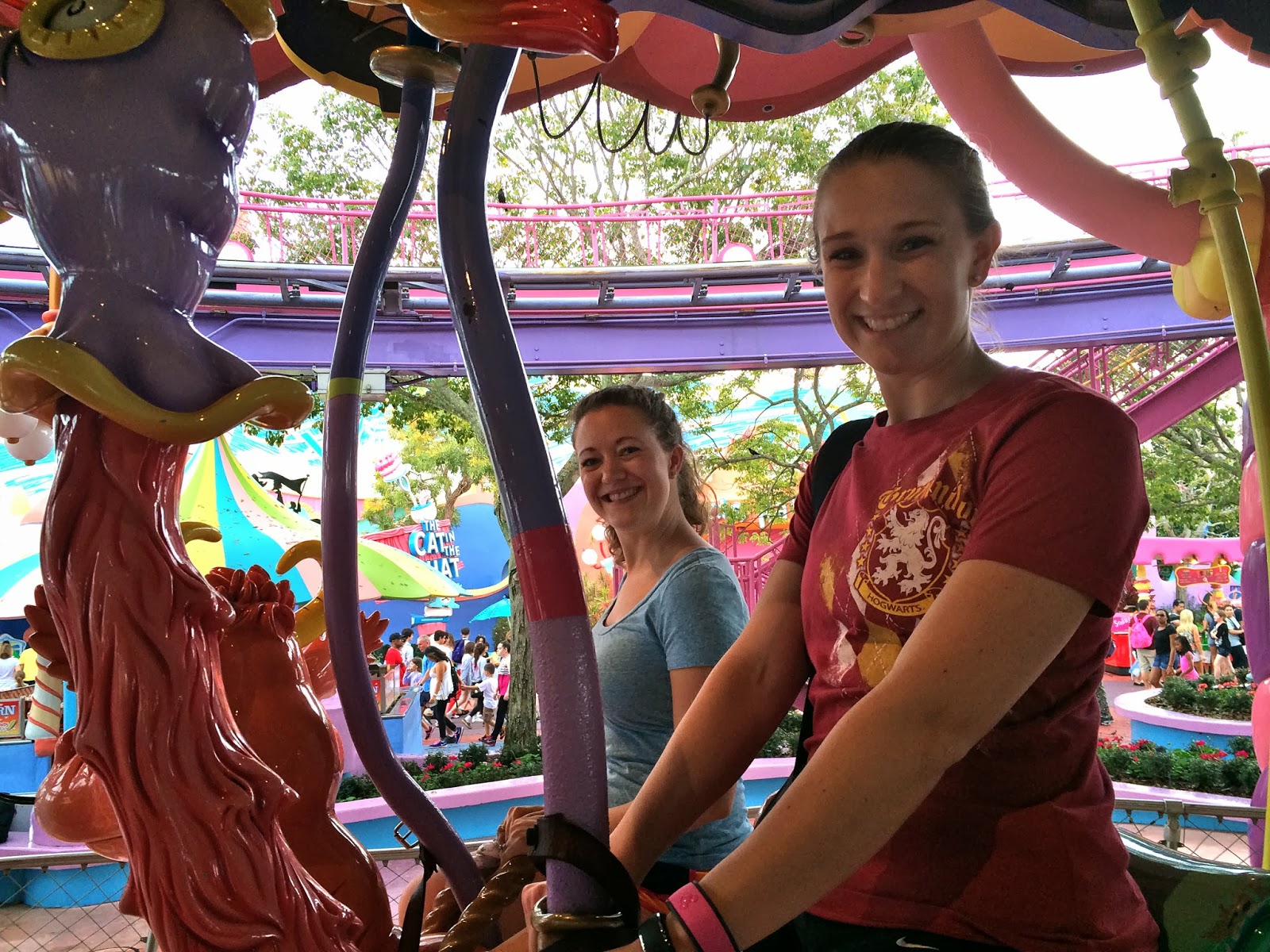 At some point in the day, we realized it was National Margarita Day…what better place to celebrate than Jimmy Buffet’s Margaritaville at Univeral?! Mango and Pink Cadillac margaritas were downed before heading back to the resort for dinner, feet time in the hot tub and bed! We had a 2:45am wake up call that we couldn’t miss! 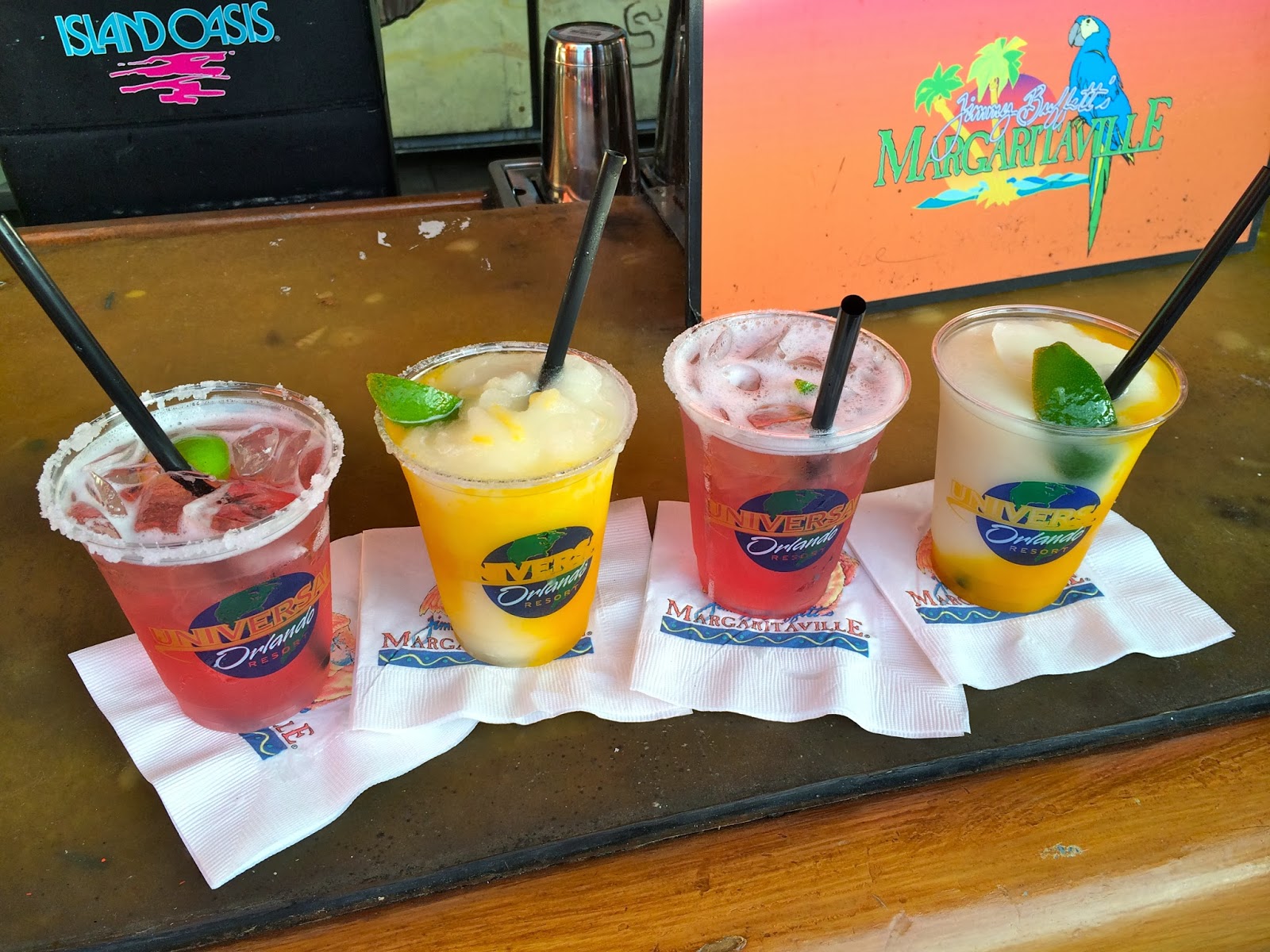 Oh Universal, I’m ready to go back! Next year we plan to go to the other Universal Park to see the new Diagon Alley that they are building now. The plan is for it to be open in 2014!!!

So that was Day 1 {Saturday} of our #PrincessWeekend2014 adventure. Tomorrow I’ll have the expo and race recap…perfect for Fitness Friday! And let me tell you, this will be a good race recap. Lots of pictures were taken!!!

Have you been to Universal Studios Orlando? What’s your favorite part of the park?
Did you celebrate National Margarita Day?