Concrete Jungle where dreams are made, oh!

Oh I could go on and on with songs about New York. The truth is, the sings are pretty accurate. It’s a magical place. It’s the epitome if the American dream. It’s an amazing place to be, a city full of awe. I’m glad I was able to return after not having been since Christmas 2005! Now prepare for picture overload.
We headed to the airport Wednesday afternoon and of course pit stopped at the United Club before we were on our way to the Big Apple! Unfortunately we didn’t get in until late, so the real adventure began Thanksgiving Day! It started with a walk to Central Park on the way to the Macy’s Thanksgiving Day Parade! 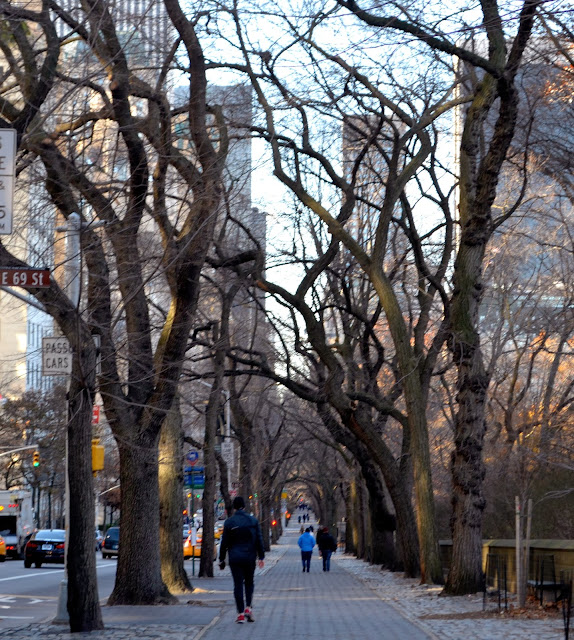 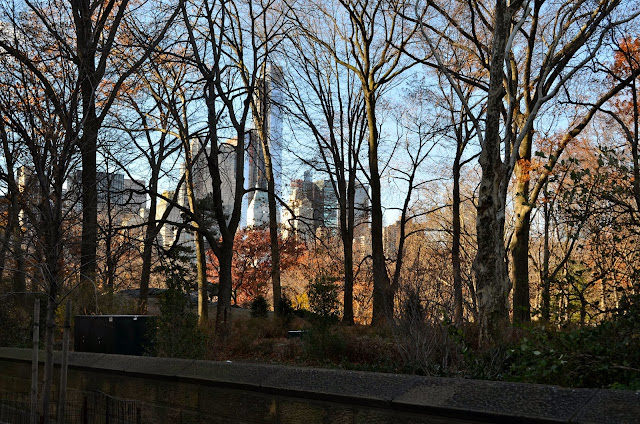 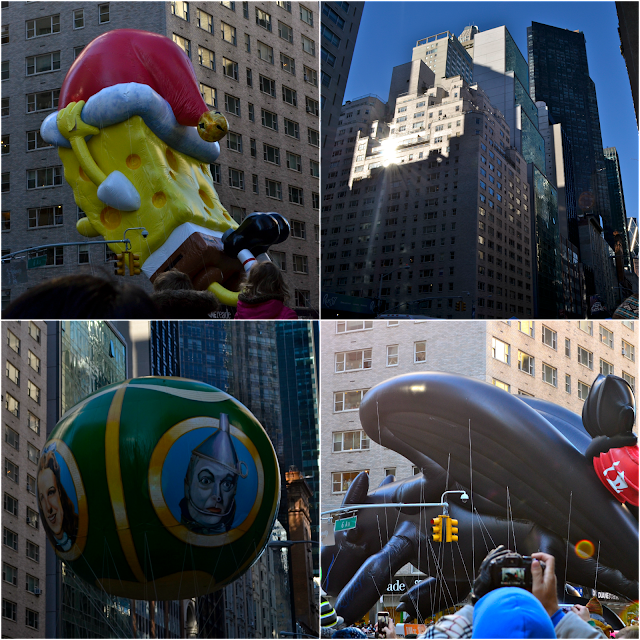 We ended up finding a pretty decent spot! We were able to see the taller floats and all of the balloons. It was super cold, so I’m glad we didn’t rush to get out there super early.

We had a pretty chill day before happy hour and a fancy dinner to celebrate Nikki’s birthday! 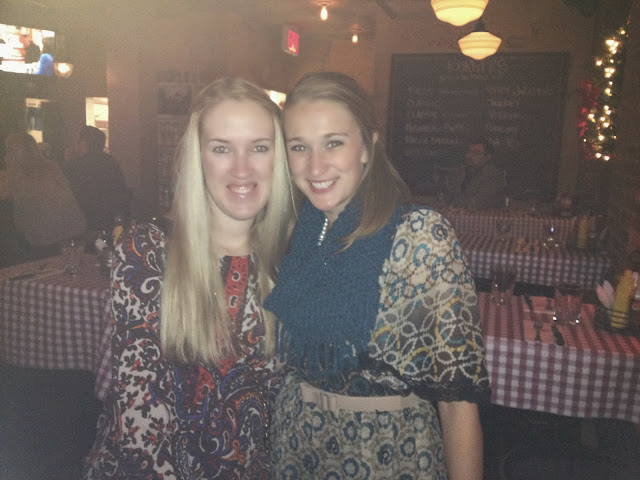 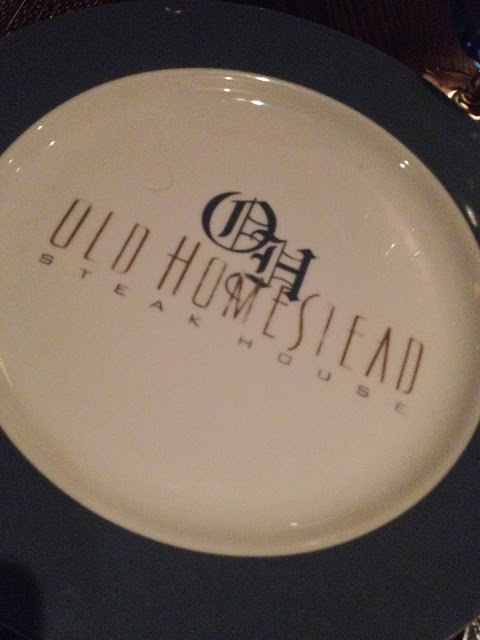 Black Friday was spent shopping. Literally, shopping all day. We started in Soho, followed by lunch in Little Italy before we made our way to 5th Avenue! 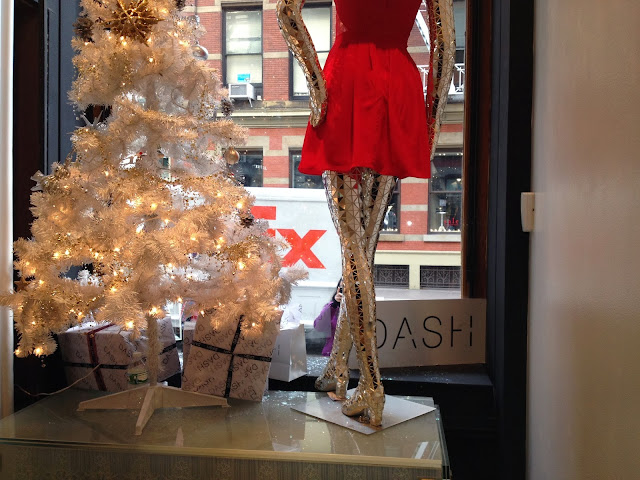 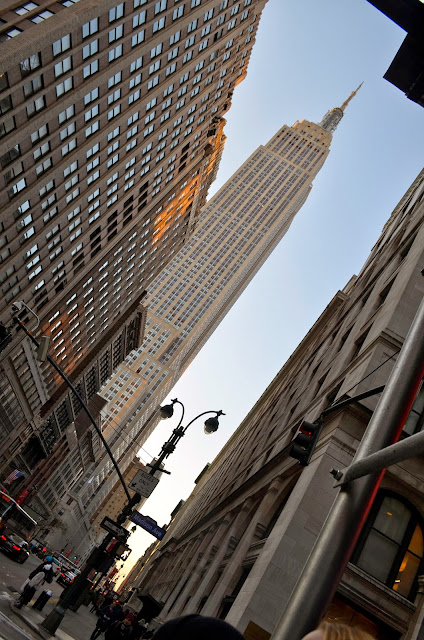 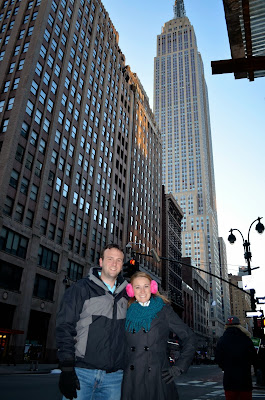 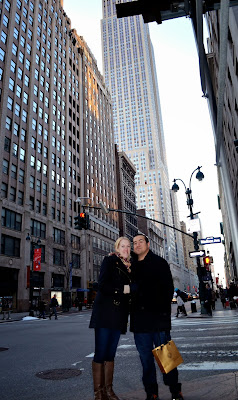 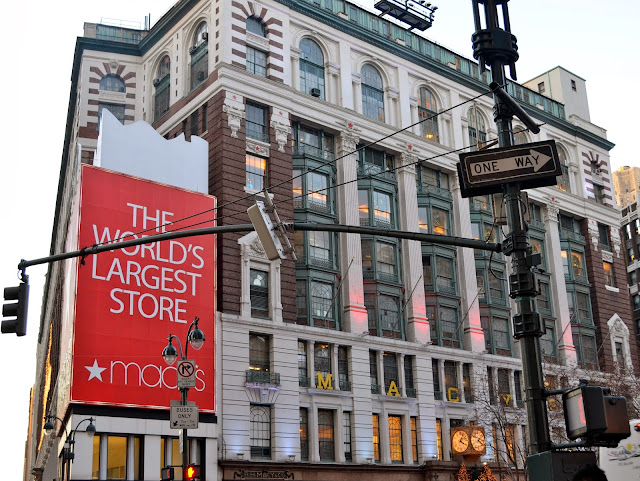 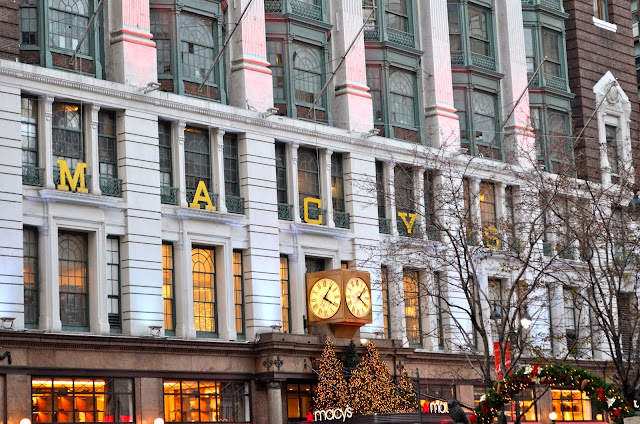 We did find some awesome deals…including JP’s Christmas present to me! You may of seen this on Instagram…I got some Tory Burch Bristol Riding Boots in black and I’m in love! 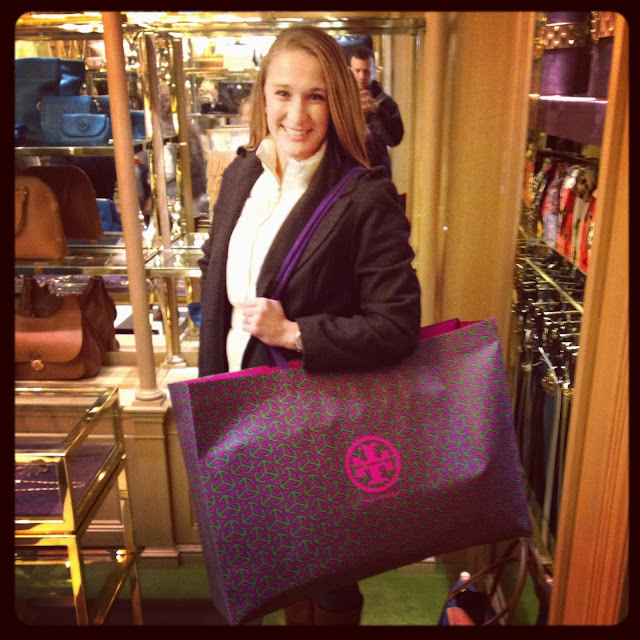 Before heading back to the apartment, I had to snap some pictures of the trees and decor in Rockefeller Plaza. 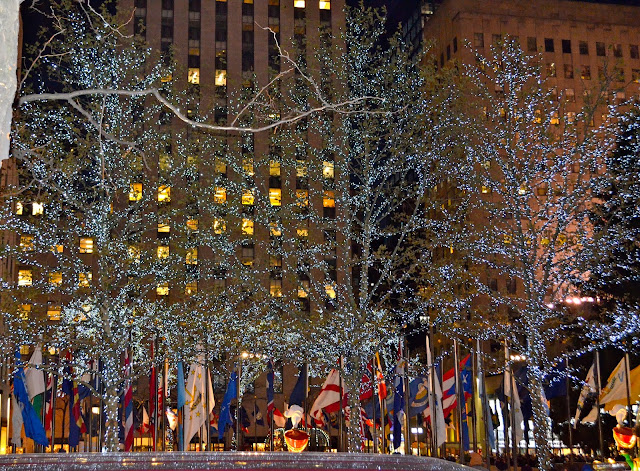 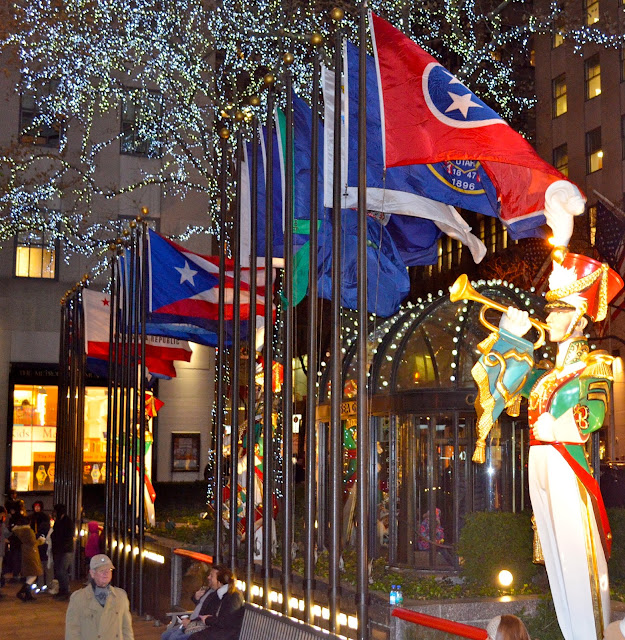 On Saturday morning, JP and I were up and at ’em for a very chilly 10 mile run through Central Park! We were only about 0.65 miles from the Park so we were able to run around the park as well and winding our way through it a bit. I love running in new cities and on new terrain and NYC was at the top of my list! This year I’ve run in Disney World, Cape Cod, Rome, on a cruise ship and in New York! 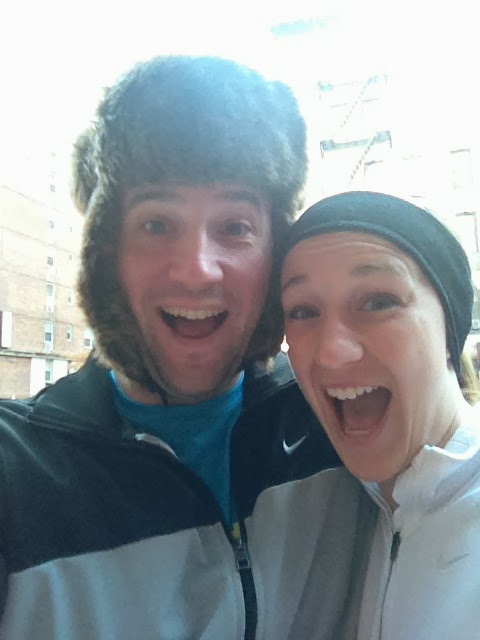 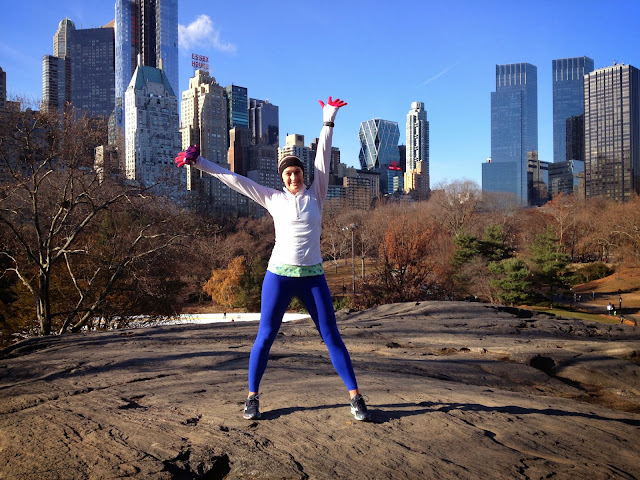 Next we headed downtown to Time Square to check out the hustle and bustle and to go to the Discovery Museum Body Worlds exhibit. 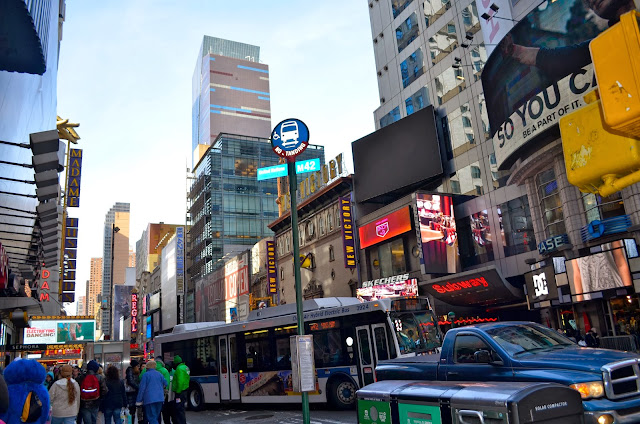 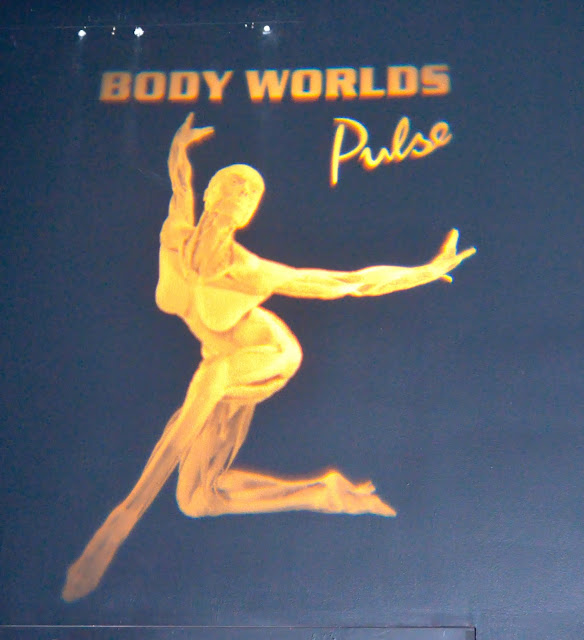 As a fitness professional, I absolutely LOVED seeing all of this. It was so amazing to see the workings of the body in such a different manner. Textbooks, diagrams and models don’t do the body justice. It is such an amazing thing. End love of body rant. 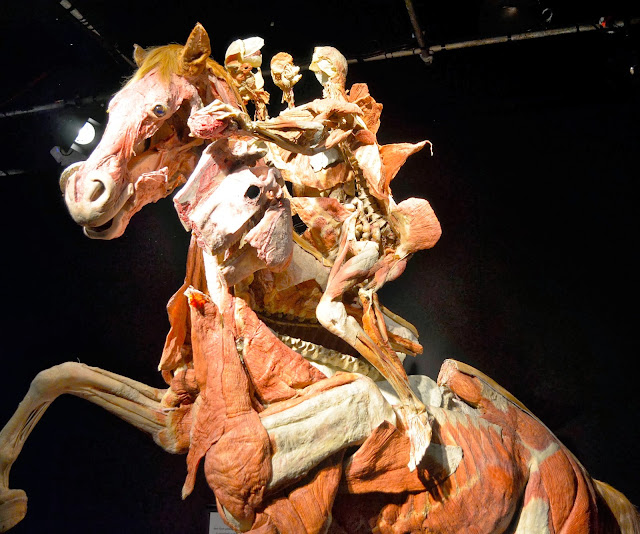 After the exhibit, Nikki and Cliff went back to the apartment while JP and I walked around. We did a little more shopping, got a cupcake at Crumbs Bakeshop and went down to Radio City Music Hall to snap some more pictures! 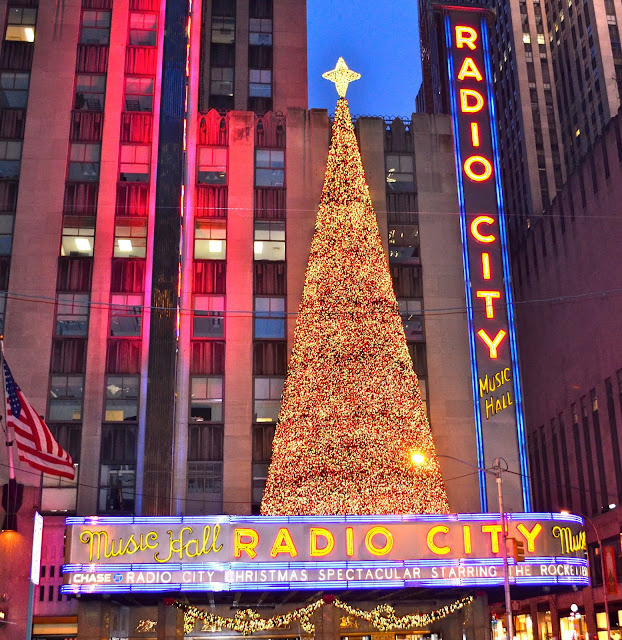 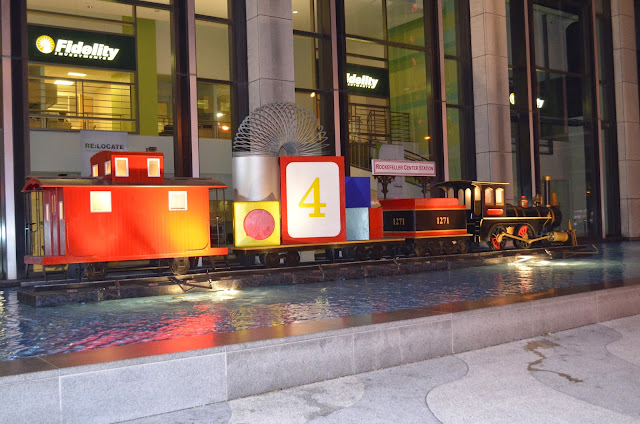 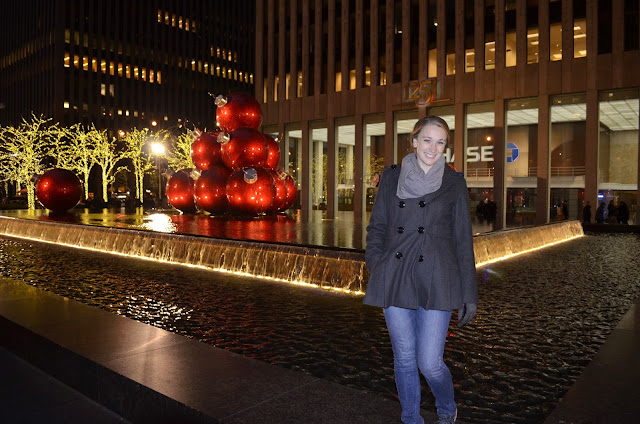 I have about 4 layers on so please ignore the puffiness 🙂 Once we made it back to the apartment, we went out to Characters bar to watch the Texas A&M game with the NYC A&M Club! We used to watch games with the A&M Club in Pittsburgh, so it was fun to visit with another club and meet Aggies up in New York. Unfortunately, my stomach started to act up and I ended up in bed after halftime 🙁 I’m glad it didn’t bother me before the last night!

Sunday morning we were up at the airport early…a little too early! We were back in Houston by 1:00pm, just in time to relax a bit before my first day on the new job. It was a quick, but amazing trip. We weren’t able to squeeze in a show, but I think we did everything we wanted to do while in the Big Apple!

Have you ever visited New York City?
What should we do next time we visit?