Anyone that has been around this little blog of mine for a while knows that I love to run. It’s no secret. With my love of running comes my love of races. Don’t get me wrong, I love running for myself, but I like to have a goal and a little competition never hurt anyone 🙂 Since I’m holding off on distance races until September, it’s quite fitting that we’re currently in the midst of fun run/5K/10K season! Shorter distances = less training required {if any at all} + even more fun + cheaper + you still get fun “free” stuff! So for my first 5K of the season, I signed up for the Esprit de She 5K. Huge thanks to Ari for telling me about it! So then I told Alison & Ashley and next thing you know, we’re signed up to do a 5K on a Thursday after work! Kind of random timing right? Guess what, I loved it! I was super stressed out and in a terrible mood that day, so seeing my friends and running lifted me up. It was a great change of pace from the day to day work week and gave me something to look forward to besides Friday afternoon! 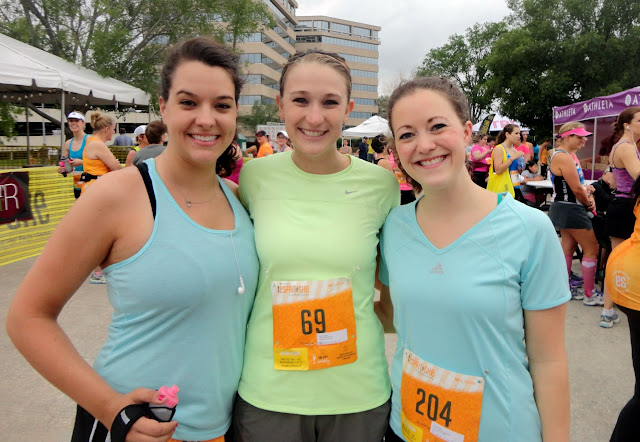 The only stressful part is that I forgot my running pouch so I had to leave my phone in the car. That meant it was possibly going to be difficult to find Ari {I had already met up with Ali & Ashley}. Luckily she just yelled “GOUGLER” and we were magically united. It pays to have an awesome last name. 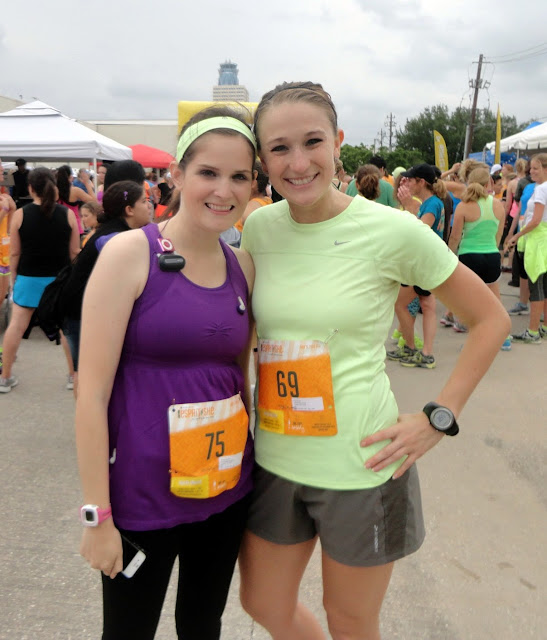 The race was organized very well, but it was really hard to hear the instructions at the beginning. We just kind of hung around and went where the people around us went.

As we all gathered around the starting line, I wish that the announcer would have asked the walkers to move towards the back. I don’t mean this to be rude, but it was a rough start because as soon as I got started, I was already weaving and dodging people that were walking. 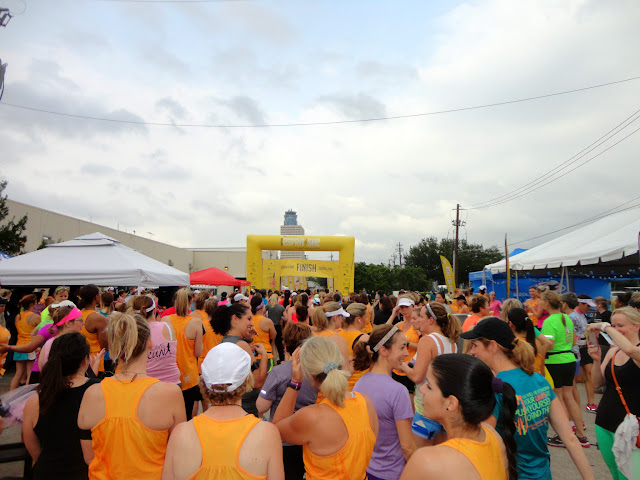 The course itself was nice. We got to wind through some neighborhoods and check out some awesome houses that I’ve never seen before! I do love house hunting for my dream home while running 🙂 The race had plenty of cops out directing traffic around us since it was 6pm on a Thursday after all. 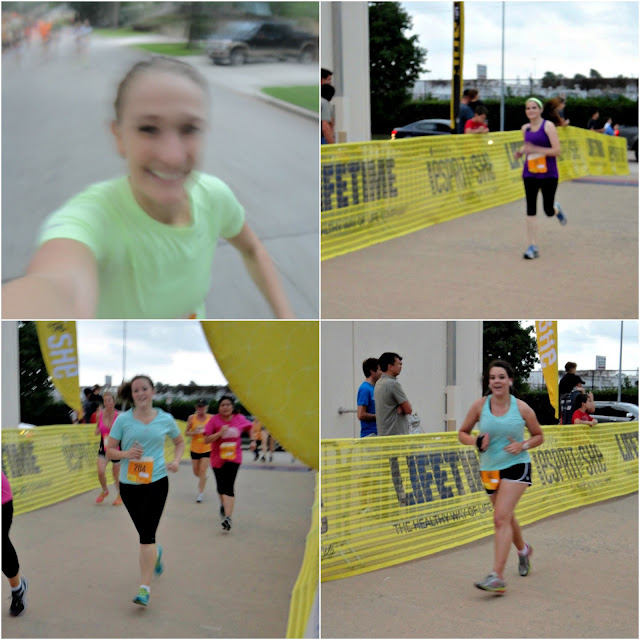 I carried my camera {just my little Sony point & shoot} with me while I ran so I could get before/after pics and snap some action shots as the girls were bringing it home! Of course, I had to attempt an action shot of myself while running through the streets! Since it’s not the best camera for action shots, the pics are a little blurry, but I think they still look great! 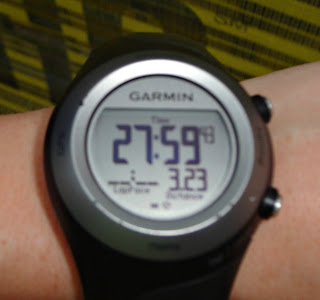 You can see my final watch time above; like I said, about 3.25 miles. Here were my official results! 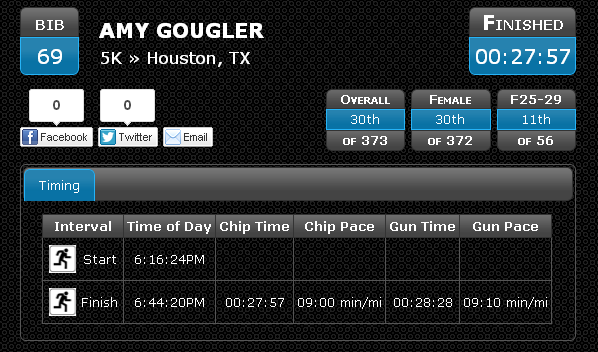 Not too shabby. If you count the extra mileage, I actually averaged about an 8:38 min/mile pace which I’m pleased with since it was warm and HUMID! I came in 30th overall and 11th in my age group. Clearly my age group was fast since over 1/3 of the people that finished before me were in my group! 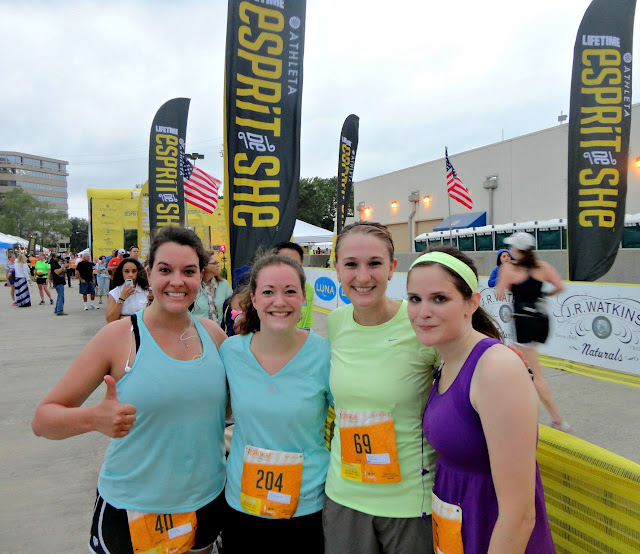 All of my girls did a fantastic job. Big shout out to Ashley because this was her FIRST EVER official, timed racing event! That’s kind of a big deal 🙂 Plus she’s planning on running a half marathon in September with Alison and me!

After the race, we stocked up on lots of yummy snacks! They had Greek yogurt, My Fit Foods, pretzels, animal crackers and best of all champagne! There were also several booths set up for shopping, local organizations, a hair braiding station and more. Along with the treats after the race, we also got some pretty neat swag just for entering! A tank top, reusable bag, Luna bars, and more! I forgot to take a picture, but luckily Ari has one here!

The Esprit de She 5K & 10K was fantastic. It definitely gets a gold star in my book. You don’t always get the bells, whistles and perks with a 5K and on this one, they went all out!

Have you run any races recently?
Looking into signing up for a 5K or 10K during fun run season?

**You can find out about upcoming races in Houston here!**